Itsuki “Android 18” Hirata is one of the fastest-rising stars in The Home Of Martial Arts, but the unbeaten Japanese athlete has a massive test ahead of her in the ONE Women’s Atomweight World Grand Prix quarterfinals.

The 7-0 Tokyo native will welcome Alyse “Lil’ Savage” Anderson to the Circle as part of the historic all-female ONE: EMPOWER card this Friday, 3 September.

Though it’s the American’s first appearance on the global stage, she will bring a strong all-around skill set into the mixed martial arts battle, as well as some useful physical attributes.

Ahead of this exciting opening-round tussle, let’s take a detailed look at the strengths of each competitor and their potential routes to victory. 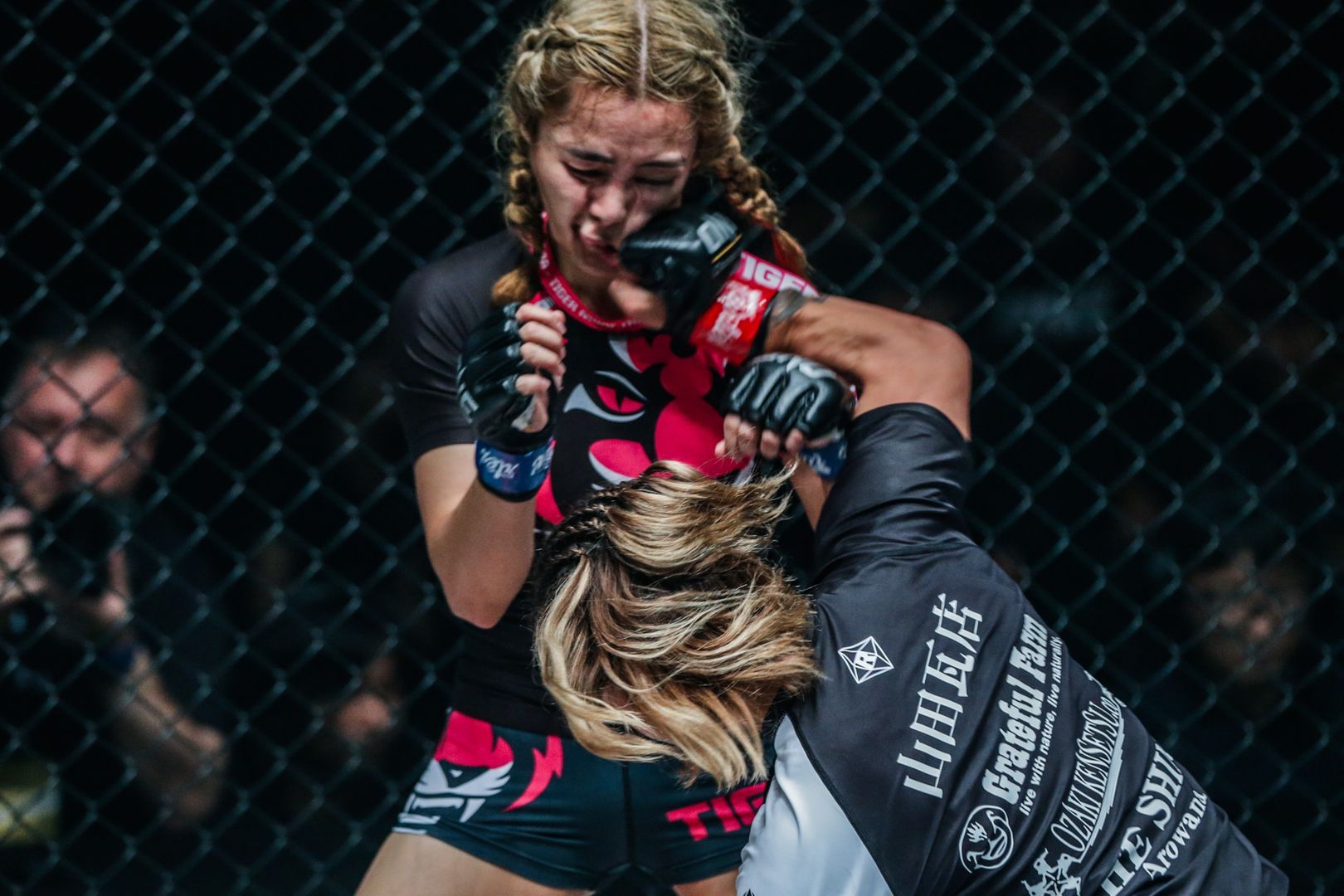 While the Krazy Bee representative is not known primarily for her stand-up repertoire, it has developed rapidly in her time in ONE and she has some formidable tools to draw upon.

The most potent is her hard right hand, which she uses to punch her way into the clinch, as a counter to kicks, and a concussive tool in its own right.

Hirata dropped Rika “Tiny Doll” Ishige with a clean overhand right to the jaw in their clash at ONE: CENTURY in October 2019, so the power is there to damage her opponents. But also, the strike most commonly forces the 22-year-old’s rivals to shell up so she can close the distance and look for takedowns.

To top it off, the aggressive Japanese star pairs her looping right with a solid chin, and she doesn’t mind wading into heavy exchanges with it — which is a win for the fans.

Instead of closing the distance, “Lil’ Savage” will no doubt look to use her frame to keep her rival at bay when they meet inside the Circle.

Anderson is the tallest athlete in the tournament at 165 centimeters, and that will give her an eight-centimeter height advantage over Hirata.

The Michigan native can use it to good effect when she works behind her jab, and she also has a punishing jab-cross combination that “Android 18” would have to avoid in order to get in close.

She learned karate at a young age and there are elements of the in-and-out offense to her striking too, and a deft question mark kick that she can effortlessly whip up high with her long limbs. 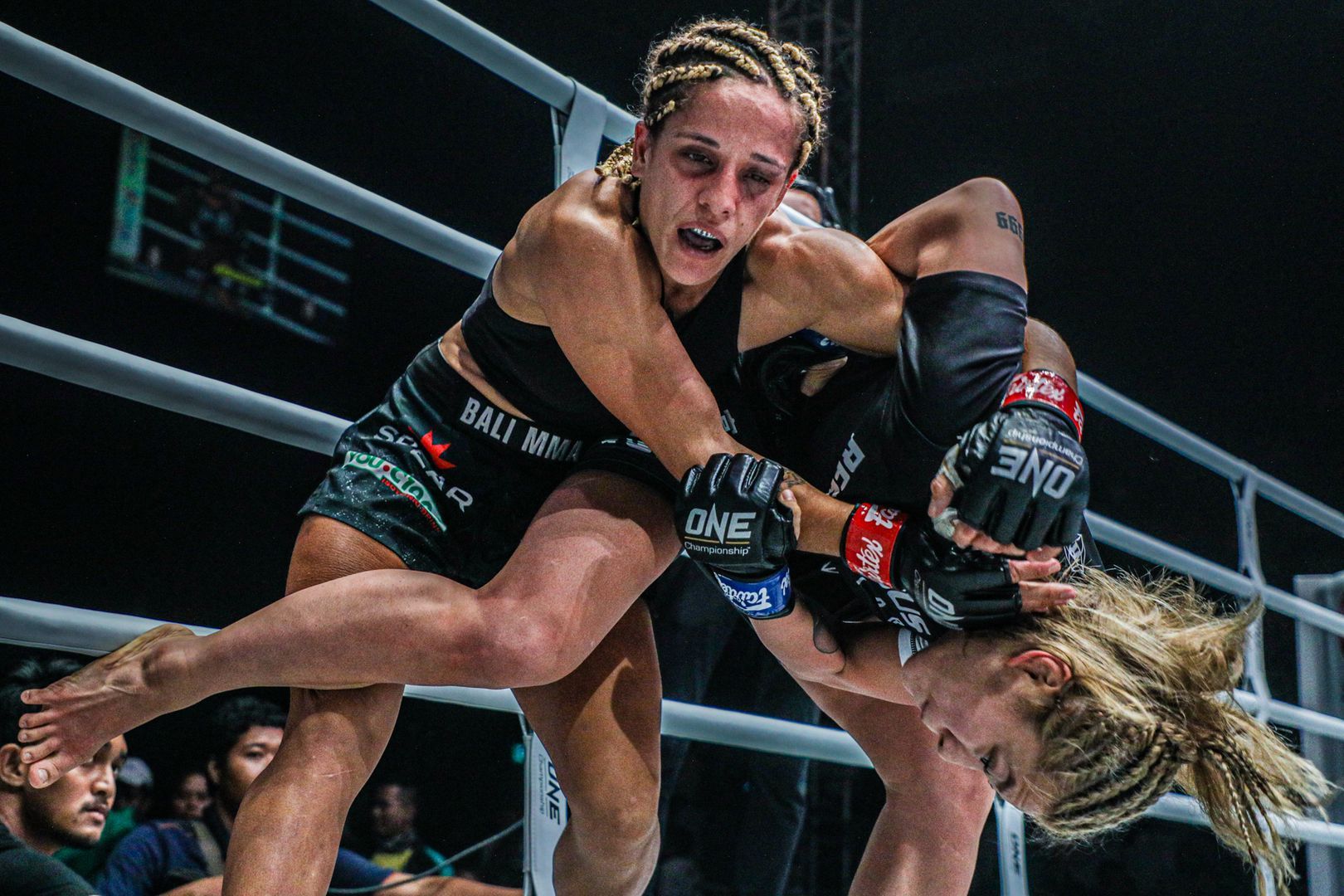 The Tokyo native’s judo background is evident once she clinches up with her opponents and sends them flying with hip throws and trips such as the harai goshi, koshi guruma, and more.

However, she has also added other elements to her grappling game. Hirata has an explosive double-leg takedown both out in the open and against the Circle Wall.

She also has excellent timing with the double-leg, which has a lot of success when she drops her level to shoot underneath her opponents’ aggressive punches.

This gives “Android 18” options for takedowns from the outside, in the clinch, and against the fence.

Anderson’s height might prevent her from getting in under Hirata’s hips easily out in the open, but if she can push the judo black belt backward with her straight punches and nail her to the Circle Wall, she will have a great chance at getting on top.

“Lil’ Savage” is busy in the clinch, utilizing knees and foot stomps to score damage, while simultaneously taking her opposite number’s focus away from a potential takedown.

With her rivals distracted, the American has a lightning-fast level change to the hips and her long arms allow her to clasp her hands a lot easier — a surefire sign that someone is going to be getting acquainted with the canvas quite quickly.

There are clear elements of her background in her strong preference for the scarf-hold position and her ability to control her opponents from there, but she is also an aggressive finisher in that spot, too.

“Android 18” has a strong submission game, including arm locks and chokes, and she will also throw strikes relentlessly — using punches, elbows, and knees to score damage from side control.

Hirata will not let “Lil’ Savage” rest when she is on the mat. Every moment she is on top, she will be gunning for a finish by any means necessary.

Anderson could have Hirata’s kryptonite in her locker, as she is a tricky grappler with a penchant for taking the back.

There are times when certain judo throws offer up a route to the back for the defending combatant, as Nyrene “Neutron Bomb” Crowley showed when she hopped on “Android 18’s” back off a failed takedown attempt in their epic battle at ONE: WARRIOR’S CODE.

“Lil’ Savage” only needs half a chance to disappear around to the back door, and her long limbs mean she can throw on and control with a body triangle in no time.

The MMA Masters representative also has some other creative techniques up her sleeve — as her win by flying triangle proves — so Hirata will have to be constantly vigilant when they are in close distance.