The ONE Women’s Atomweight World Champion will have to put on the performance of her career to prevail when she steps up a weight class to try and take the strawweight belt at ONE: A NEW ERA.

Xiong proved she was the most dangerous female athlete in The Home Of Martial Arts when she claimed the ONE Women’s Strawweight World Title in January 2018, and then defended the gold twice before the year was out.

Though Lee has become the face of ONE Championship by living up to her nickname with a series of inspiring performances, she will be pushed like never before in Tokyo, Japan on 31 March.

Ahead of that highly anticipated World Champion versus World Champion match, find out why “Unstoppable” will be an underdog for the first time in her career.

Is Xiong Jing Nan ONE's female athlete of the year?

Is Xiong Jing Nan ONE's female athlete of the year?Download the ONE Super App now ???? http://bit.ly/ONESuperApp

Xiong is capable of putting her punches together in bunches to overwhelm her opponents on the feet.

It is no surprise, considering her background as a professional boxer in China, that “The Panda” strikes in combinations that can be tough to cope with over five rounds.

She always keeps her hands up in a high guard and marches forward with rapid-fire strikes. She can stalk her opponents around the cage, and once she gets in range, she unloads those powerful punches over and over again.

That can lead to an early finish, but even when she has come up against an opponent with a strong chin and never-give-up attitude like Lee – as she did against Tiffany “No Chill” Teo – her offense was just too much to take for the length of a World Championship match.

Xiong is undefeated in ONE with four straight wins, including victories in three World Title bouts.

In each of those match-ups, she has shown different facets to her game.

To win the title, Xiong showed persistence to systematically break Teo down before the finish came in round four. For her first defense, she had to work her wrestling to overpower Argentinian kickboxer Laura Balin and stay out of danger.

In her last contest, she had to prove her character to survive a near-submission and battle back to score a TKO against Samara Santos.

Even before her entry into the world’s largest martial arts organization, Xiong faced still competition around the globe. She suffered only one loss, and has rebounded from that with eight wins – including five by knockout.

Only Mei “V.V.” Yamaguchi can match “The Panda” for experience among Lee’s former opponents. 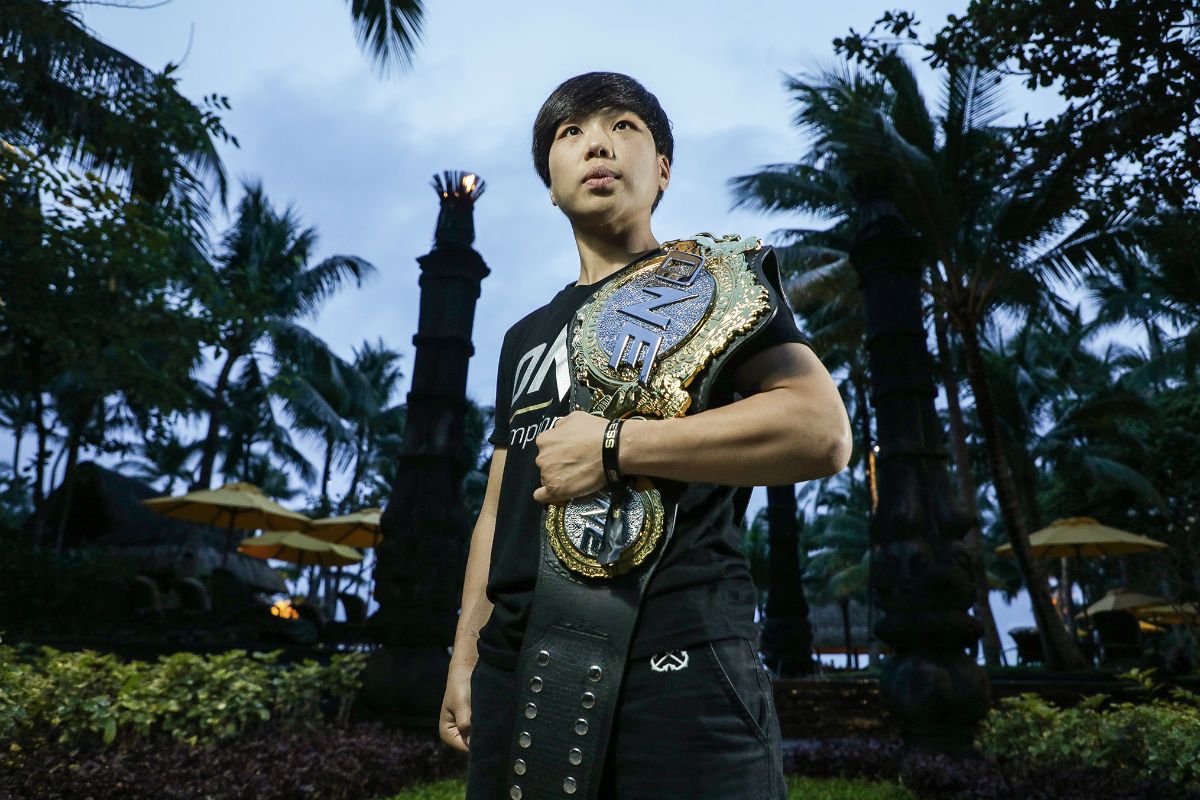 Her preparation started days after she called out Lee in the ring, and continued while the the ONE Women’s Atomweight World Champion recovered from the back injury that forced her out of ONE: HEART OF THE LION.

By the time they step into the cage together, Xiong will have spent the better part of seven months getting herself ready to face the “Unstoppable” Singaporean. That kind of time and dedication devoted to one opponent should mean she is more prepared than for any other bout of her career.

#4 Strength Of A True Strawweight

Weight classes exist for a reason in mixed martial arts, and it is impossible to ignore that Lee will be moving up a division while Xiong is the defending World Champion at strawweight already.

Xiong has the edge when it comes to the size and power while calling strawweight her home for years. These are all adjustments that Lee will have to make while attempting to wrestle away a second championship on 31 March.

Lee has competed at strawweight previously, but she has also never faced anyone with Xiong’s experience in that division.

“The Panda” will definitely do everything in her power to make Lee regret the move up in weight while showcasing her power and strength in all aspects of this contest.

Xiong is more than capable of dishing out punishment for 25 minutes, but her signature knockout can earn her a victory at any moment.

The Chinese hero throws with force behind every punch and even when her opponents block some of those shots, the damage still adds up over time – whether it is on the feet or on the ground.

Lee has been hit hard and recovered to win before – like when she was knocked down by Mei Yamaguchi in their first match – but a right hook to the jaw from the power-punching “Panda” might be a different story. 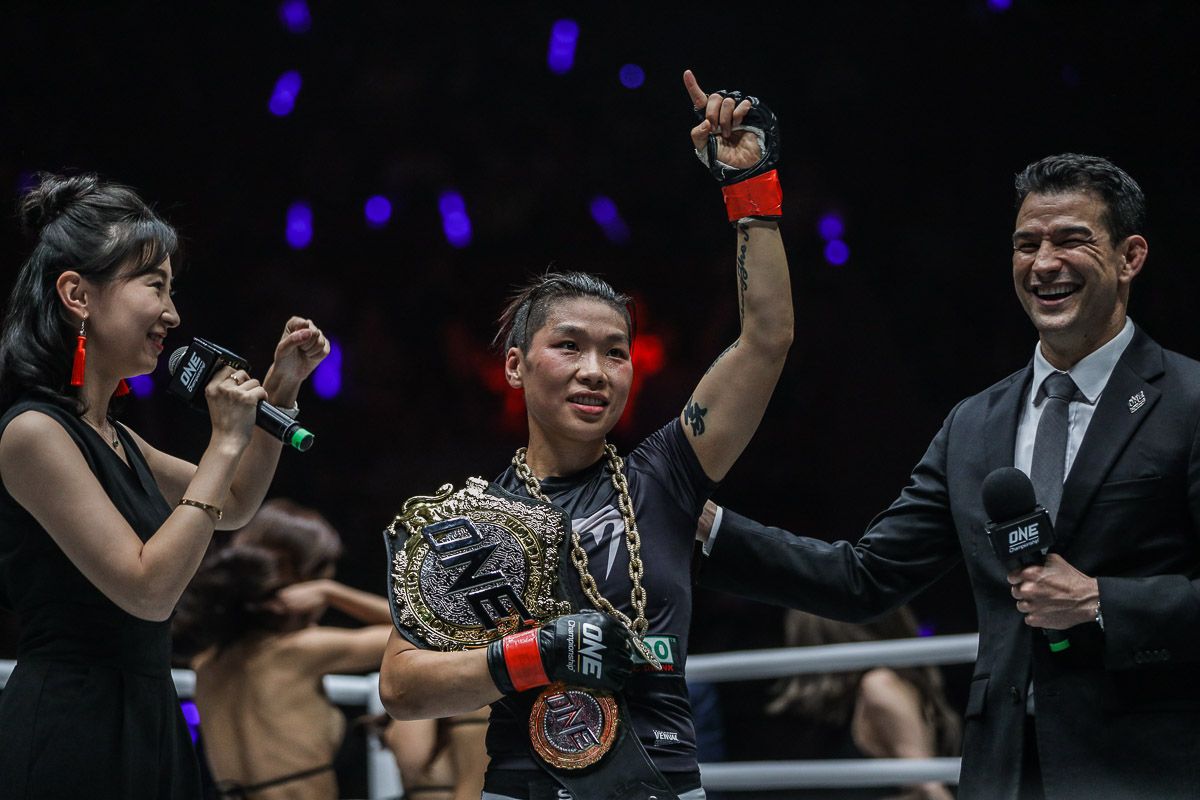 Xiong is a two-time defending World Champion so beyond not wanting to surrender her title, she also wants to prove that she belongs in that upper echelon of the best pound-for-pound women’s mixed martial artists in the world.

Xiong promised she was prepared for Lee directly after her last contest and the fire burning inside of her for this bout has only gotten hotter since then.

She is also motivated to get a signature win against the most high-profile opponent of her career.

“I had been preparing for this match for a long time, and I had been through a lot, but I don’t like to complain,” she said.

“They say good things take time, and I will be better for the next chance.”