“The Panda” Xiong Jing Nan was dominant as she solidified her World Title reign.

On Saturday, 23 June, the Chinese hero defended the ONE Women’s Strawweight World Title for the first time at ONE: PINNACLE OF POWER with a unanimous decision victory over Argentinian challenger Laura “La Gladiadora” Balin.

The punching "Panda" has done it! Xiong Jing Nan successfully defends her ONE Strawweight World Championship with a superb unanimous decision victory!

The punching "Panda" has done it! Xiong Jing Nan successfully defends her ONE Strawweight World Championship with a superb unanimous decision victory!Watch the full event LIVE & FREE on the ONE Super App ???? http://bit.ly/ONESuperApp | TV: Check local listings for global broadcast

In round one, Balin wisely went to clinch in order to neutralize the titleholder’s famed punching power. However, Xiong was able to find a way to turn the tide in her favor, taking her adversary down to the canvas and unleashing some ground and pound.

She put a scare on the challenger with a lightning-quick armbar attempt, which Balin managed to escape. Still, “The Panda” was clearly in control of the match when the opening stanza ended.

As the second frame began, the Entre Rios, Argentina native was able to muster up some offense on the feet, but she had limited success.

Xiong had an answer for her opponent’s every attack. She also showcased superior grappling skills, which she has been sharpening at Bali MMA. Realizing the ONE Women’s Strawweight World Champion was getting the better of the clinch game, “La Gladiadora” switched up her approach in the third.

She tried to create some distance, but that was quickly neutralized, as Xiong seemingly took her down at will.

While on the ground, Balin attempted to display her Brazilian jiu-jitsu expertise from the bottom position. She went for a triangle choke and a heel hook, but the Chinese powerhouse escaped handily, and continued to drop ground strikes.

A chess match between the two ensued in the fourth round, as both competitors appeared a little more tentative to engage.

Xiong pushed the pace later in the frame, and became more aggressive in the fifth and final round. She continued to dictate the action, and attacked with calculated combinations in an effort to get a stoppage. However, it remained elusive as time ran out. 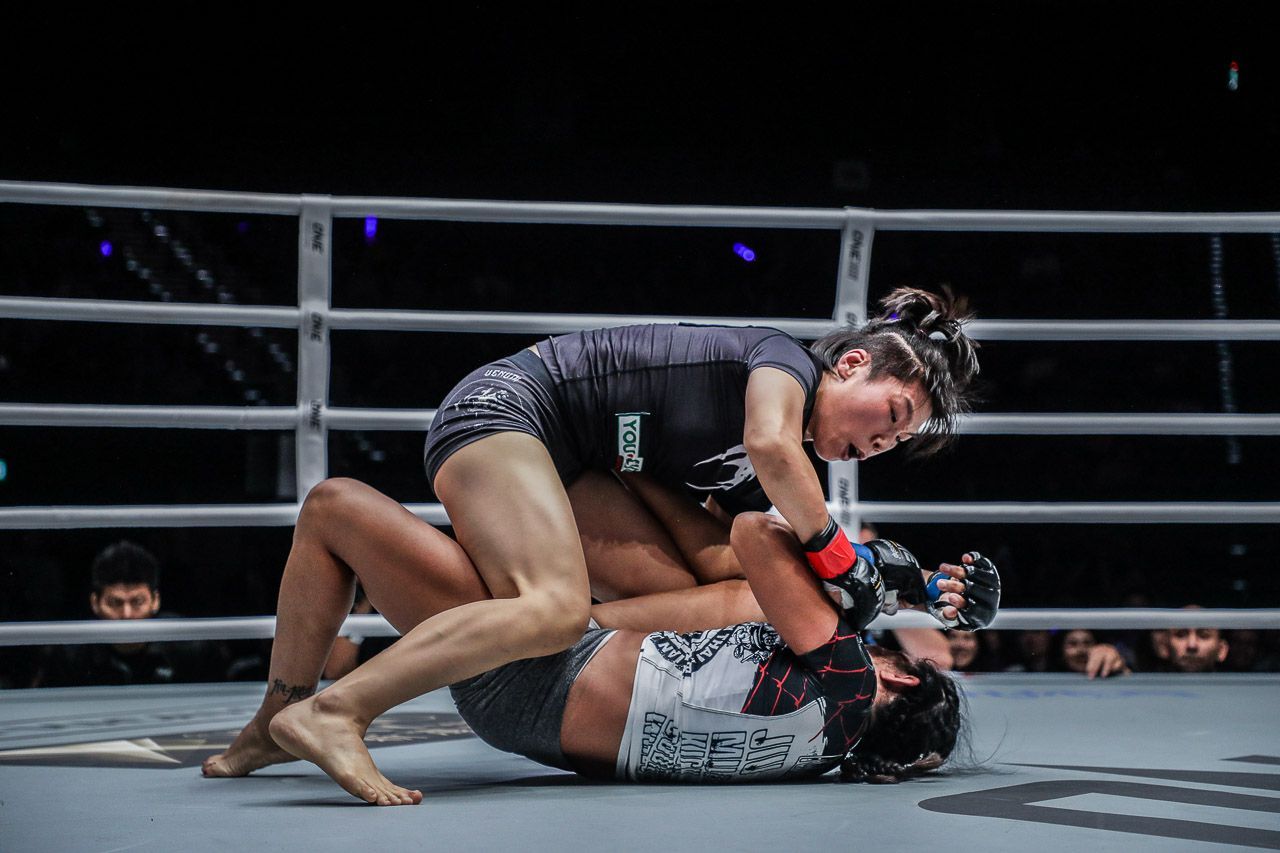 The Chinese hero may not have found the finish she was looking for, but she earned the unanimous decision victory in front of a capacity crowd at the Studio City Event Center in Macau.

She improved her record to 15-1, and awaits her next challenge, which could potentially be a mega-bout with unbeaten ONE Women’s Atomweight World Champion Angela Lee.