5 Of The Best Singaporean MMA Victories In ONE Championship 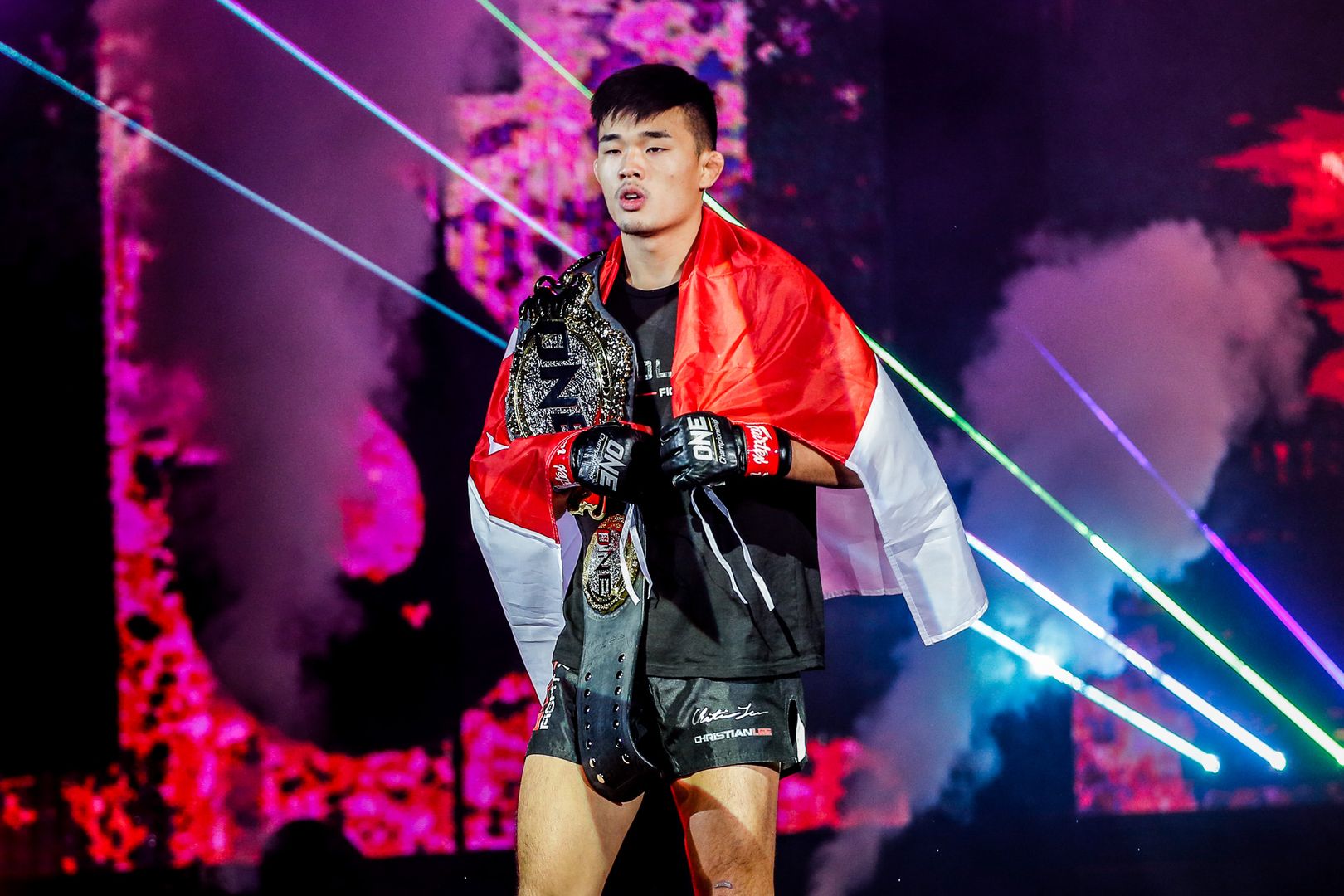 Singapore’s homegrown warriors have put in some delightful performances on the global stage – while also putting “The Lion City” on the combat sports map.

Next, two the country’s most popular stars will return to the Circle at ONE 160: Ok vs. Lee II on Friday, August 26.

So, with the National Day of Singapore being celebrated on August 9 – and with ONE 160 going down at the Singapore Indoor Stadium – let’s relive some of the best wins from the nation’s top stars in ONE Championship.

Singaporean-American superstar Christian Lee showed incredible heart and determination to seal the first World Title victory of his MMA career at ONE: ENTER THE DRAGON in May 2019.

Early on, the young lion managed to navigate past Japanese grappling legend Shinya “Tobikan Judan” Aoki’s offensive work on the ground. However, the latter eventually secured a tight armbar, which had Lee in plenty of pain and Aoki on the verge of a victory.

But in a wild turn of events, “The Warrior” refused to tap and escaped the armbar, much to the delight of his home crowd.

With momentum on his side and a nation behind him, Lee would then provide a highlight-reel moment in the second stanza.

First, the United MMA and Evolve representative countered Aoki’s takedown attempt with a barrage of strikes. He then rained down hurtful punches to take out the icon and claim the ONE Lightweight World Title via TKO.

Hometown hero Tiffany “No Chill” Teo returned to the winner’s circle with an impressive rear-naked choke at the expense of Meng Bo at ONE: HEAVY HITTERS this past January.

Teo had to fend off a couple of strong punches from the hard-hitting Chinese powerhouse in the opening frame. But once the Singaporean settled into a rhythm, it was all one-way traffic.

In the second stanza, “No Chill” took her foe to the canvas again and crafted a path toward her seventh career finish.

The former two-time ONE World Title challenger forced Meng to give up her neck with huge punches and knees as she locked in the match-winning choke that forced a tap at 3:45 of the round.

“Unstoppable” Angela Lee saw off Mei “V.V.” Yamaguchi to claim the inaugural ONE Atomweight World Title in this barnburner at ONE: ASCENT TO POWER in May 2016.

The victory did not come easy, though.

Yamaguchi used her experience to trap Lee in a couple of tricky situations, but the 19-year-old had an answer for everything the Japanese veteran threw her way.

Lee brilliantly worked her way out of a plethora of submission attempts and even managed to sneak in a couple of submissions from her own pocket. Meanwhile, she matched “V.V” well in the striking department.

After 25 minutes of back-and-forth action, “Unstoppable” was declared the winner, making her the youngest MMA World Champion of all time – a significant sporting moment for “The Lion City.”

Amir Khan has participated in loads of intriguing battles inside the Circle, but his triumph over Adrian “The Hunter” Pang remains one of the best.

The homegrown talent put up a valiant display for 15 minutes at ONE: IMMORTAL PURSUIT against one of the heaviest hitters in the division to earn his ninth career MMA win.

Khan’s reach advantage allowed him to stay beyond Pang’s range, and every time the Australian decided to advance, he was met with thumping kicks and combinations from the Evolve MMA product.

The Singaporean stuck to that tactic throughout much of the fight and then found success when he started connecting on Pang’s jaw in the second and third frames.

When the final bell rang, there was no doubt that Khan would earn the decision in his own backyard.

Following in the footsteps of older siblings Angela and Christian, Victoria “The Prodigy” Lee got her MMA career off to a cracking start with a dominant submission win over Sunisa “Thunderstorm” Srisen last year.

After a tight opening round in this atomweight contest at ONE: FISTS OF FURY, the 16-year-old debutant relied on her youthful energy, determination, and grappling prowess to claim a victory in the second frame.

“The Prodigy” took Srisen’s back, dropped her to the ground, and sunk in a rear-naked choke that forced the Thai to tap at 1:03 of the second round.

It was another spectacular win for a Singaporean fighter inside the Singapore Indoor Stadium. And for the nation, it was a chance to welcome its latest – and youngest – MMA star to the global stage.