5 Big Questions Heading Into ONE On Prime Video 5 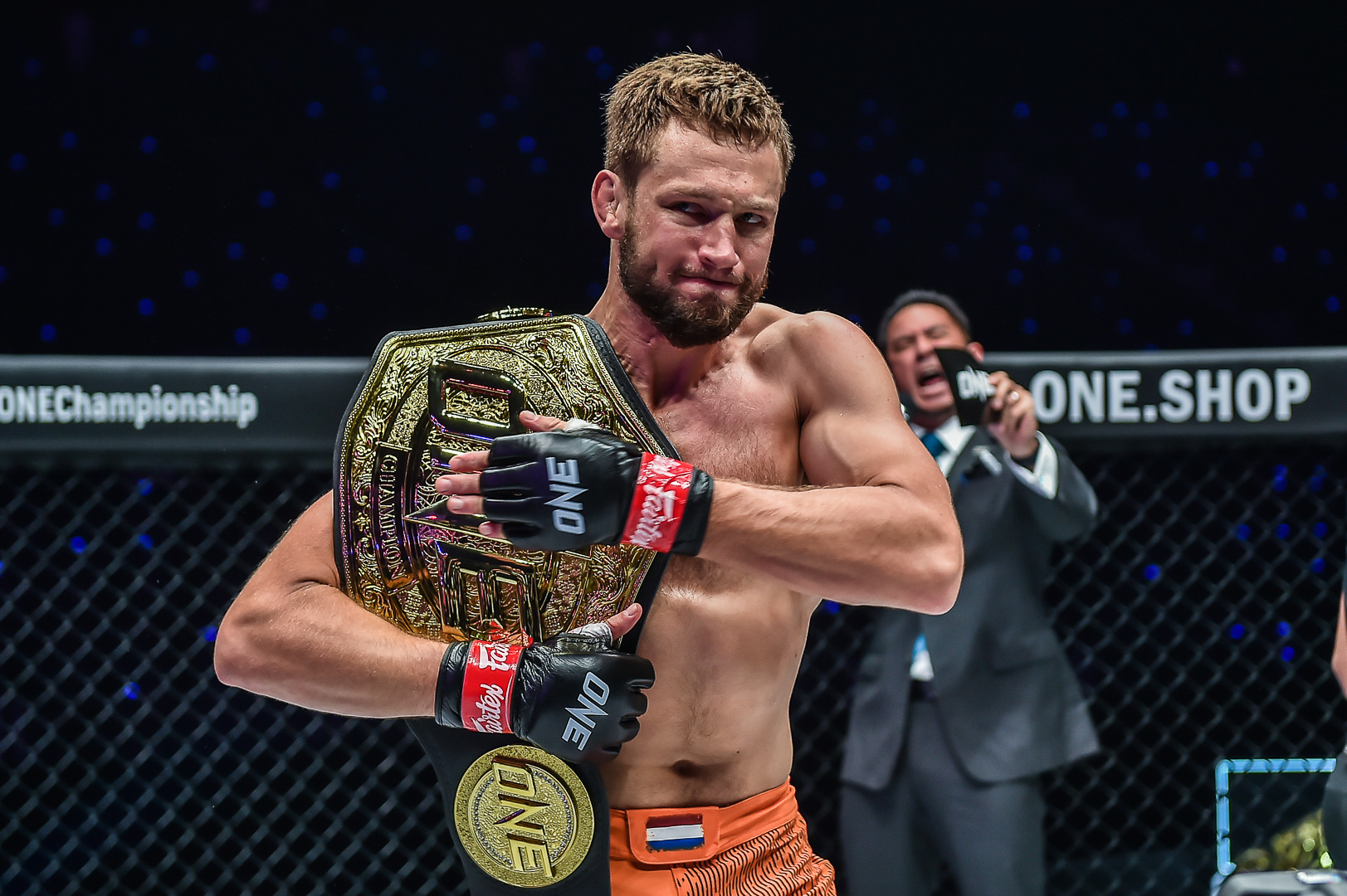 North American primetime audiences are in for a treat this Friday, December 2.

ONE on Prime Video 5 goes down live at the Mall of Asia Arena in Manila, Philippines, and features a trio of World Title fights, the promotional debut of one of the world’s most talented MMA fighters, and a number of ONE Championship’s biggest superstars.

With that in mind, let’s dive into the burning questions heading into ONE on Prime Video 5.

#1 Who Will Emerge As An Undefeated Two-Division ONE World Champion?

The main event will see two undefeated World Champions go to war in one of the year’s most anticipated showdowns.

Reigning middleweight and light heavyweight king Reinier de Ridder will put his ONE Light Heavyweight World Title on the line against ONE Interim Heavyweight World Champion Anatoly Malykhin in the stiffest test of the Dutchman’s career.

A win for either fighter would be massive. For the man known as “Sladkiy,” it’s an opportunity to achieve two-division glory and establish himself as one of the organization’s top pound-for-pound stars.

And for De Ridder, a victory would further solidify his status as one of MMA’s most dominant World Champions and could open the door to a shot at the ONE Heavyweight World Title.

#2 Will Mom Champ Rodrigues Have Any Rust Against The Surging Todd?

Rodrigues burst onto the scene at ONE: A NEW BREED in August 2020, where she earned a career-defining victory over Thai megastar Stamp Fairtex to claim the gold.

But since then, the Brazilian sensation has remained out of action following the birth of her first child in September 2021. She’ll look to pick up where she left off against Todd, who finds herself on a seven-fight winning streak.

After more than two years away, will Rodrigues come back in top form, or will the red-hot Todd continue her run of dominance?

#3 Can The Ruotolo Brothers Continue Their Wave Of Submission Destruction?

Teenage BJJ prodigies Kade and Tye Ruotolo will also be in action, hoping to once again showcase their ultra-aggressive, firebrand style of grappling.

Kade will defend his ONE Lightweight Submission Grappling World Title against multiple-time BJJ World Champion Matheus Gabriel, as he looks to build on the momentum gained after tapping out each of his last five opponents to win the 2022 ADCC World Championships and the aforementioned ONE World Championship belt.

Earlier on the card, Tye will take on former ONE Featherweight World Champion Marat Gafurov. The 19-year-old BJJ black belt made his promotional debut in May at ONE 157, securing a stunning D’Arce choke finish of fellow elite grappler Garry Tonon.

With both brothers riding a wave of confidence, will they continue to dominate the submission grappling world?

#4 Will Soldic Live Up To The Hype In His ONE Debut?

In August, ONE Championship announced that it had signed two-division KSW Champion Roberto Soldic to an exclusive deal, landing one of MMA’s biggest free agents ever.

The Croatian superstar is now set to make his much-anticipated promotional debut inside the Circle, but he’ll face an incredibly stiff test in the form of undefeated Dagestani powerhouse Murad Ramazanov.

Because he’s battling one of the division’s most dangerous athletes, this fight will answer questions about how well Soldic will fare in the world’s largest martial arts organization.

With a victory over such a talented fighter, “Robocop” will have effectively lived up to the hype and could find himself in a World Title fight sooner rather than later.

#5 Can The Hometown Heroes Bounce Back?

Filipino MMA fans in attendance at the Mall of Asia Arena have plenty to look forward to, as two local favorites will go to war in pivotal matchups.

Both Eduard Folayang and Denice Zamboanga will be fighting with their backs against the wall, trying to rebound from recent MMA defeats to score a hometown victory.

A former ONE Lightweight World Champion, Folayang has found some success in Muay Thai, but he hasn’t won an MMA bout since late 2019. On Friday, he hopes to get back into the win column against Brazilian striker Edson Marques.

Before that, in the opening contest of the night, #3-ranked women’s atomweight contender Zamboanga looks to thrill her compatriots when she meets Lin Heqin.

After starting her ONE Championship career with three sensational victories, “Lycan Queen” ran into tough competition, suffering back-to-back losses against veteran Ham Seo Hee. A win here would certainly put her back into the World Title conversation.