Tiffany “No Chill” Teo is one of the most elite women’s strawweight talents on the planet.

Ever since making her professional cage debut in February 2016, the versatile warrior has won all seven of her bouts, with five of those victories coming by spectacular finish.

The unbeaten Singaporean is truly a world-class athlete, and she will challenge “The Panda” Xiong Jing Nan (13-1) for the inaugural ONE Women’s Strawweight World Championship in the main event of ONE: KINGS OF COURAGE, which takes place at the Jakarta Convention Center on Saturday, 20 January.

Teo (7-0) is more than worthy of the honor and prestige of vying for an inaugural world title. As she prepares diligently at Tiger Muay Thai & MMA for the epic clash, let’s take a look at three of her best wins inside the ONE cage.

Making A Statement In Her ONE Debut 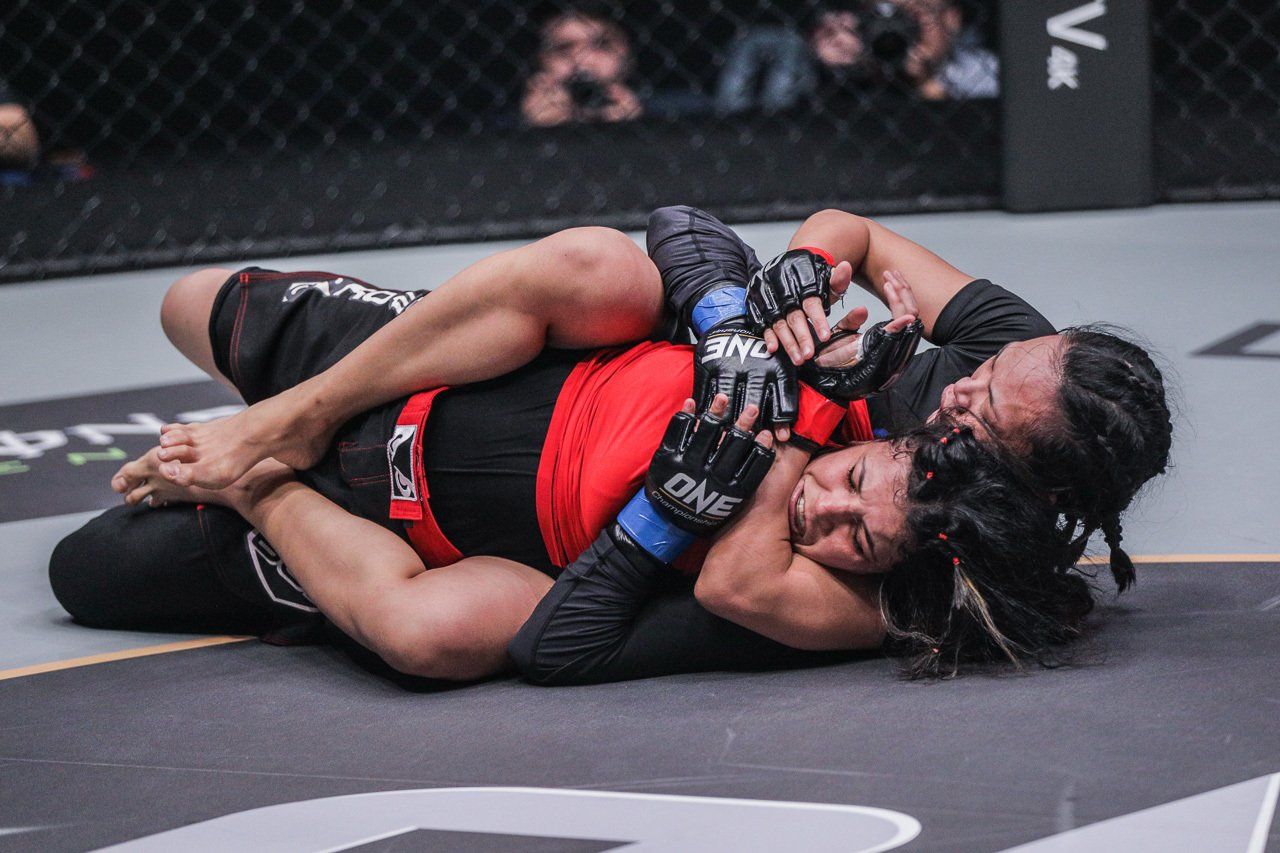 When Teo made her promotional debut at ONE: DEFENDING HONOR in November 2016 at home in Singapore, she was still known as “The Soul Crusher.” That night, she lived up to her moniker, and did just that to her opponent.

She was welcomed to the organization by Walaa Abbas, an Egyptian who was considered one of Africa’s best female wrestlers. The two exchanged strikes early on, and despite Abbas’ grappling pedigree, it was Teo’s ground game that proved superior in the end.

The local favorite took the Egyptian down to the canvas on a number of occasions in the opening stanza, and attempted numerous submission attempts. Near the end of the second round, Teo was finally successful with a rear-naked choke.

It was a high pressure situation for Teo, who felt tense during the bout. But on that night, the Singaporean proved she belonged inside the ONE cage with the world’s best. 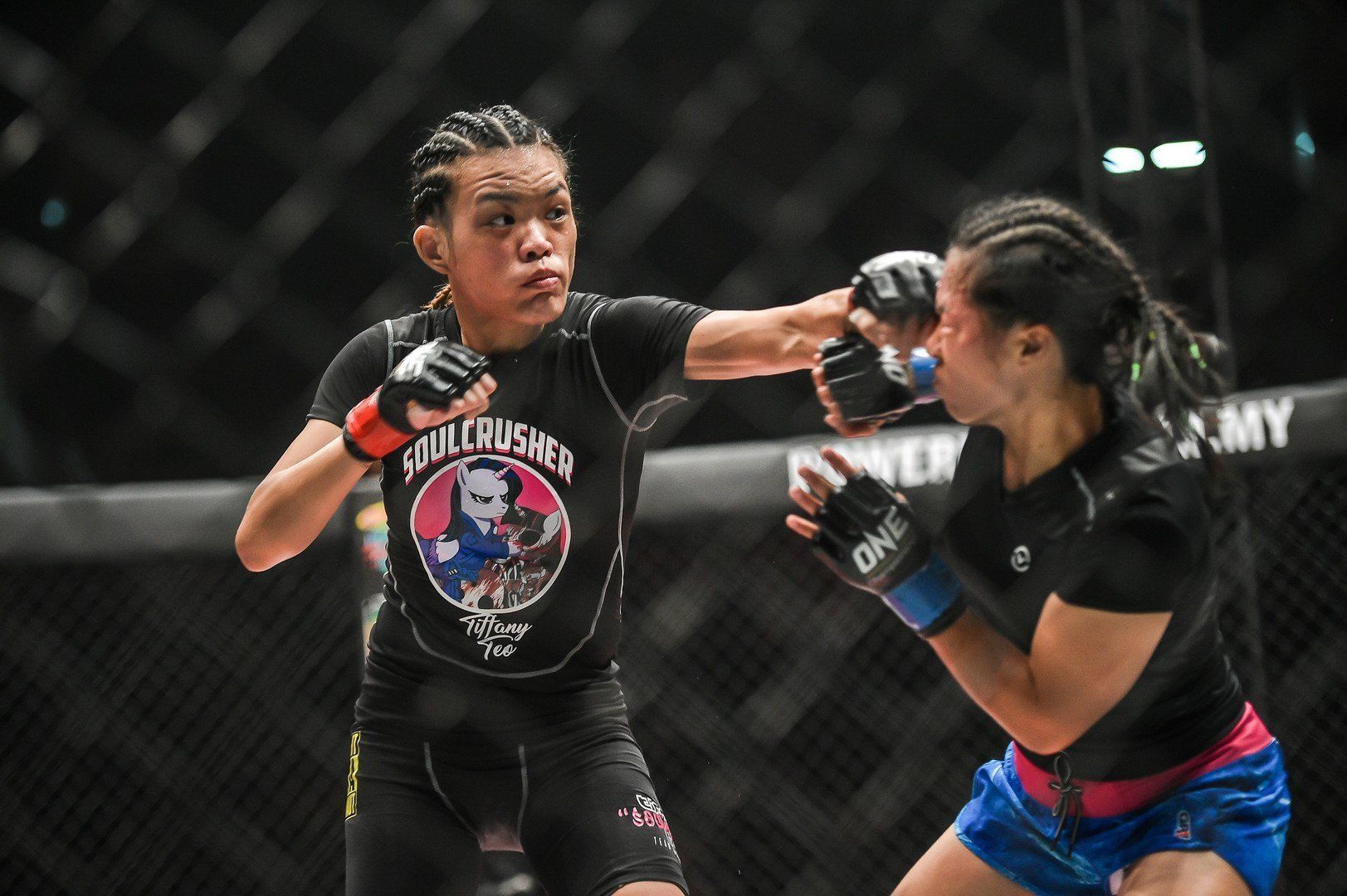 At ONE: THRONE OF TIGERS in February 2017, Teo showed tenacity and determination against Indonesia’s Priscilla Hertati Lumban Gaol.

It was quite a test for Teo that night at the Stadium Negara in Kuala Lumpur, Malaysia, as she faced a talented striker who had earned multiple Indonesian national championships, as well as a bronze medal at the Wushu World Championship.

Plus, the Singaporean had to deal with the fact that Priscilla was a southpaw. But once Teo figured that out, she controlled the action, pushed the pace, and got the better of the striking exchanges. She tagged Gaol on numerous occasions in the third round and proved to be more skilled in the clinch, ultimately earning the nod on all three judges’ scorecards.

This was the first time the Singaporean had ever competed past the second round, but her gas tank proved to be up to the task when tested.

Teo, now adopting the nickname “No Chill,” had the most important bout of her career last November, when she met Indian wushu champion Puja Tomar at ONE: IMMORTAL PURSUIT at the Singapore Indoor Stadium.

The local heroine was a little bit nervous, as she was promised a shot at the inaugural ONE Women’s Strawweight World Championship if she were to stand victorious. HOwever, even with the nerves, she turned in her best performance yet.

For the entire first half of the opening stanza, “No Chill” stalked her nemesis around the cage, and after a wild exchange, she took Tomar to the mat with a beautiful trip takedown. Teo smoothly transitioned to mount, softened the Indian up with ground strikes, and locked on an armbar to get the tap at 4:07 of the first round.

Not only was this a marquee win in Teo’s career, but it was also her fastest victory in ONE Championship. Now, all that remains is for her to seize her destiny in her first world title shot.