Tiffany Teo was relentless in her pursuit of victory.

On Friday Night, 11 November, in front of a hometown crowd at the Singapore Indoor Stadium, the “Soul Crusher” defeated Walaa Abbas at ONE: DEFENDING HONOR via rear-naked choke at 4:15 of the second round.

In the opening stanza, the two exchanged a few strikes before Teo scored a takedown with the body lock. She immediately went to full mount and transitioned into a variety of positions, eventually taking the back and looking for the rear-naked choke.

Abbas, to her credit, held on and escaped to her feet. The two exchanged strikes and, though the Egyptian Top Team product sprawled, the Singaporean stayed determined and scored another takedown. 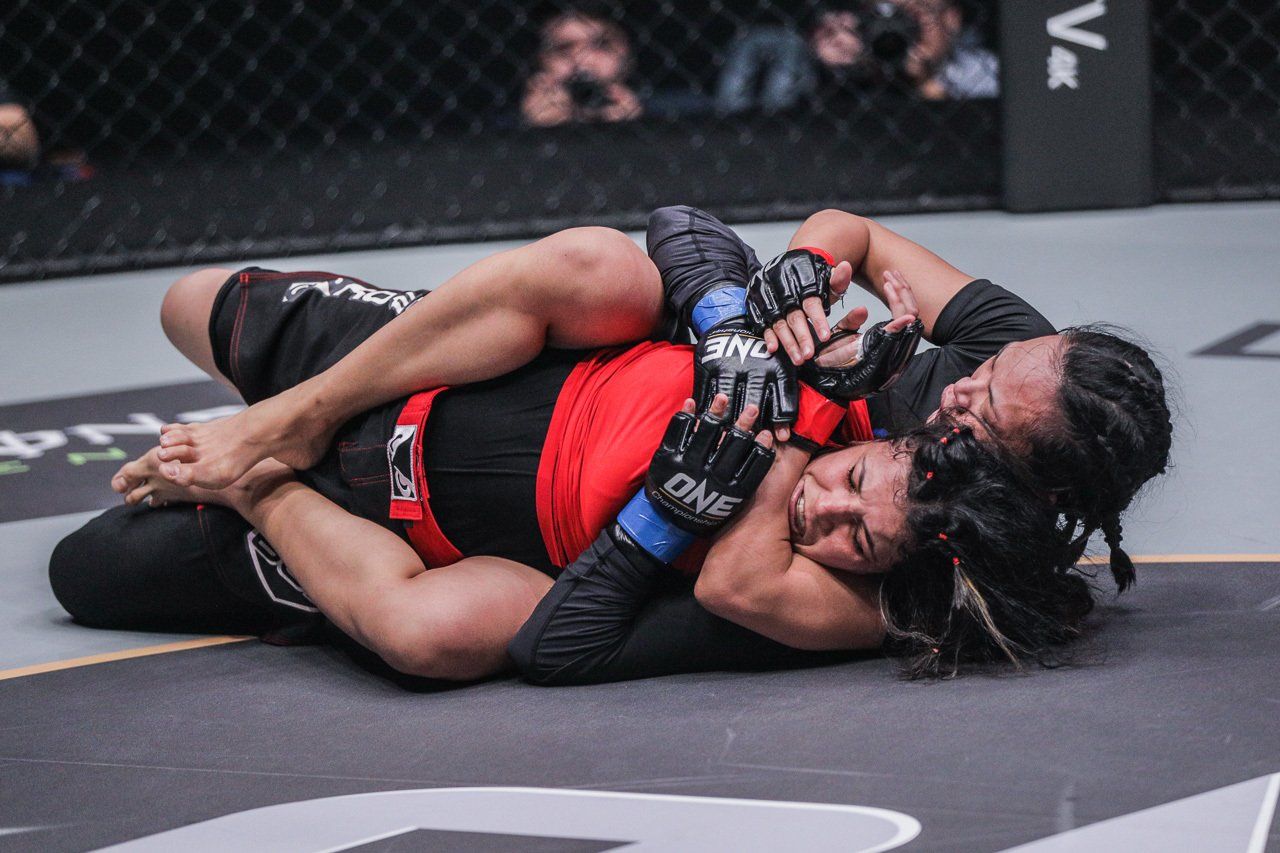 She was able to once again transition to the back, put her hooks in, and sank in a rear-naked choke. The Juggernaut Fight Club member even flattened Abbas out and softened her up with punches, but the tough Egyptian proved durable and was able to escape.

Teo kept that drive in the second round. Although she ate a few hard shots, she was able to land a trip takedown, outworked her opponent on the ground, and attempted the rear-naked choke yet again. This time, she would not be denied, as Abbas tapped out. 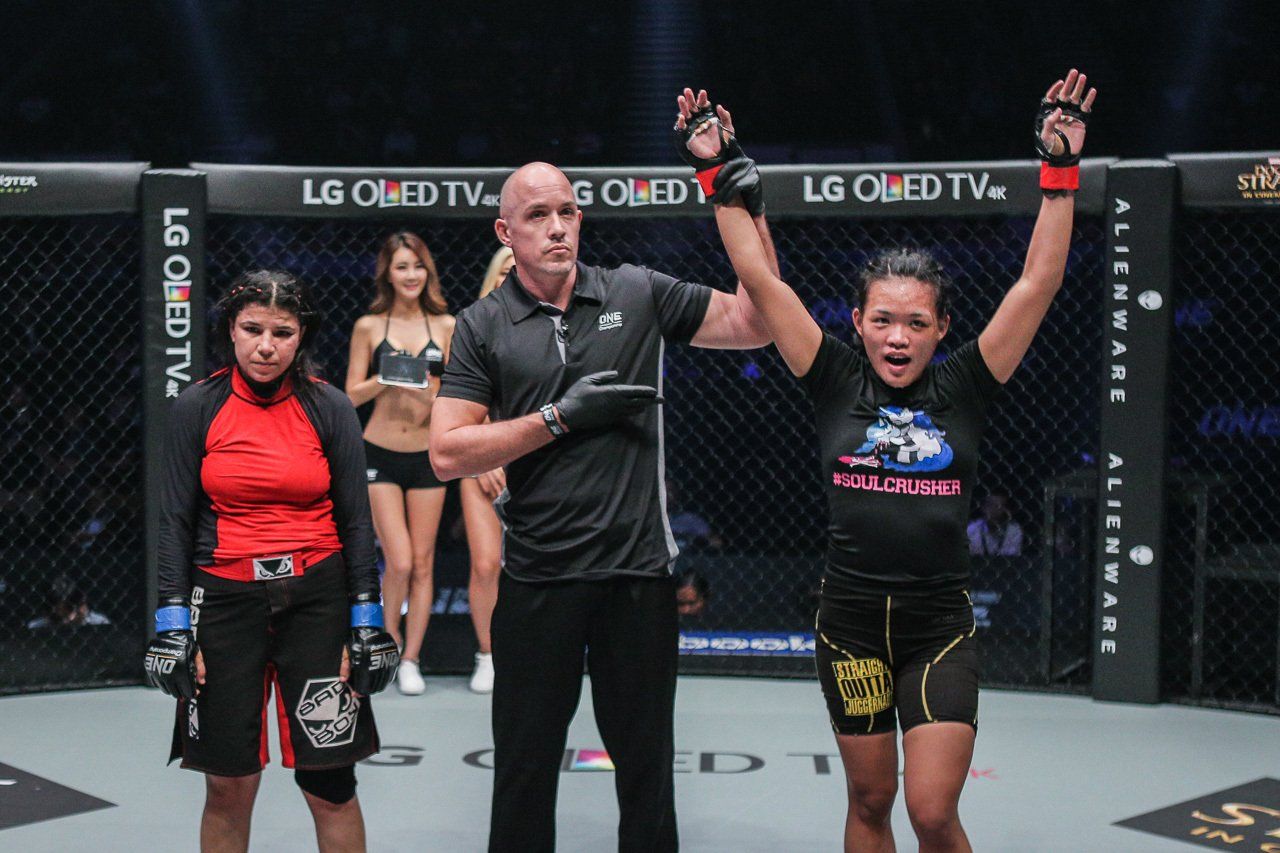 Though Teo won her ONE Championship debut, she was far from proud of her performance.

“To be honest, this fight was my first fight where the muscles felt so tensed up,” said Teo. “It is my first time feeling this way. Even in my sparring sessions, I did not feel my muscles get this tensed up,” she said in a post-fight interview.

“This is my first time fighting on the big stage. I did not really regulate my emotions that well and I was too nervous. So I am glad I got the submission, but I felt I could have performed better. To be honest, I am not that happy with my performance.”

Still, she got the win and now, the “Soul Crusher” remains undefeated and moves her record to 4-0. Abbas, meanwhile, falls to 2-4.