I couldn’t have asked for a better way to turn a year older.

It was my first birthday away from the United States – my former home – and simply put, it was quite different.

I’m always used to having my friends and family around me during my birthday, but having just moved to Singapore, we haven’t built the same deep-rooted connection with the people around us just yet.

We were at ONE: DREAMS OF GOLD in Bangkok, Thailand, which was just two days before my birthday. Once that was over, Johnny, Amaia, our helper and I flew over to Phuket to celebrate.

I missed some familiar faces, but being in Thailand was such a great escape from everything. It’s such a fun place.

My mom and I share the same birthday, so we spoke for quite a bit despite being located in different time zones. She wished me “Happy ‘Asia’ Birthday” while I wished her “Happy ‘America’ Birthday.” We wished each other “Happy Birthday” for two days in a row.

During our two-day vacation in Thailand, we stayed at a resort near Patong Beach. We had massages on the beach and sipped on fresh fruit slushies. The beaches in Thailand are simply beautiful, and the people are really friendly.

Getting a massage on the beach was one of the best experiences because I could hear the ocean. The sound of waves crashing as you’re getting a massage is so relaxing. I even fell asleep during my massage. That was one of the highlights of the trips for me. Besides, Amaia loved the beaches too. She is always happy whenever she is outdoors.

One thing we had to miss on this occasion was riding on a tuk-tuk. We decided not to because we had Amaia with us, and I’m not confident they are the safest things for babies.

When she fell asleep though, Johnny and I rented a scooter. We rode around a couple of tourist spots and visited Kata Beach. It was great. However, a tuk-tuk is something culturally significant to Thais, so if you’re in Thailand, you have to take a ride on one. 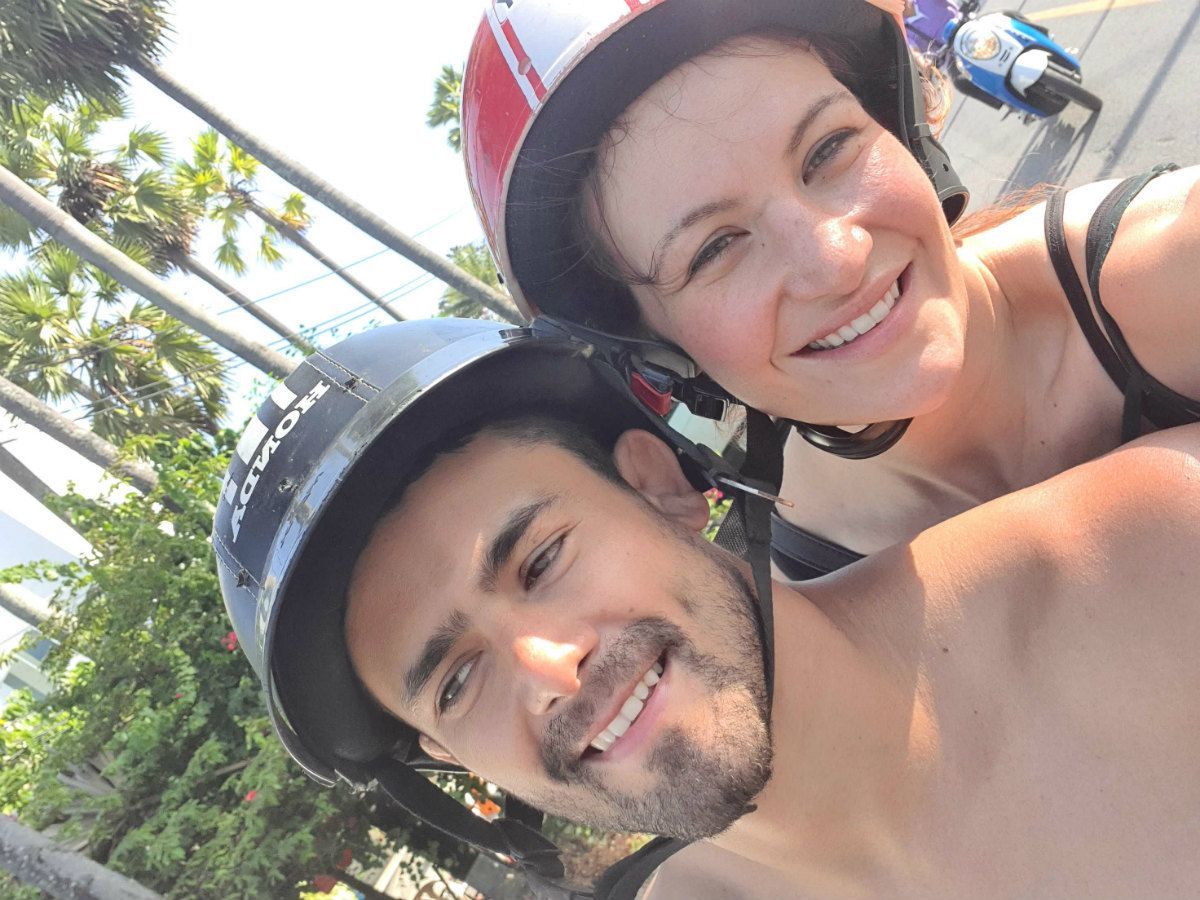 Johnny asked me whether or not I wanted to eat at Heaven, a restaurant at the top of the giant hill with breathtaking views of the beach. Since he had taken me there on our last trip, I told him to cancel the reservations this time around.

We started with pad thai, a real Thai staple for me. Then we had barbecue pork ribs and mango sticky rice, which is hands down one of my favorite desserts.  We sampled a lot of different foods, but what made it so special was that everything was made fresh in front of us.

I’m always open to trying many things. I remember trying crickets once in Thailand, but I must say, I’m not a fan of those bugs. Perhaps it was the mental. I was overthinking about the flavors — and sometimes, when you’re too overly focused on it, it just doesn’t taste good anymore.

I’ve tried cow’s tongue in Japan and chicken livers in Patong the last time, but if there’s one thing that I probably wouldn’t try, it’s balut. For me, that sounds way too disgusting.

I love the food around Asia, but if there’s something I’m not a fan of, it’s the presentation of the food. For example, sometimes fish still have their eyes on them, or ducks still have their heads. In America, you don’t see that — it’s not as appealing as just seeing a nice chicken breast. 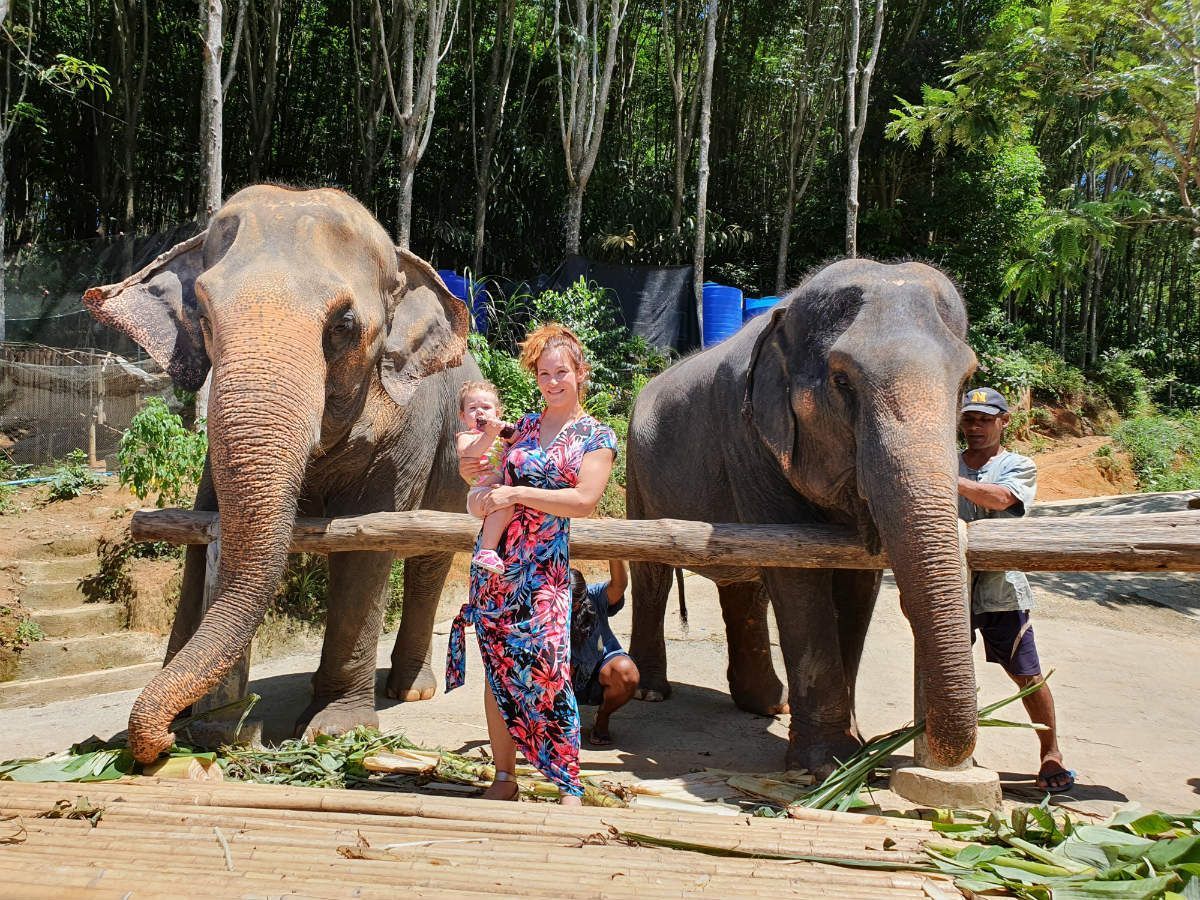 Apart from the great food and the lovely place, an activity which made my trip an unforgettable one was donating some of Amaia’s clothing to the orphanage.

She is 15 months now, so there are a lot of clothes she has already outgrown. I’ve been wanting to donate them for so long, but I wanted to make sure that we gave them to someone who is really in need.

The last time I was in Phuket, Johnny and I visited an orphanage, and it touched my heart to see all these children without a mom or dad to continue smiling and be happy with what they have in life. They endure a tough life, but their facial expressions showed otherwise.

They were so happy to see visitors, and even when we purchased lunch and treats for them, you could see it was luxury for them. Despite the language barrier, they still wanted to communicate, play, and have fun – it’s like they don’t know what they’re missing in life, but that’s the beauty in it. They are resilient and ready to adapt to whatever the situation is.

For me, knowing that I could give a little bit more to make their lives slightly better is such a magical feeling. 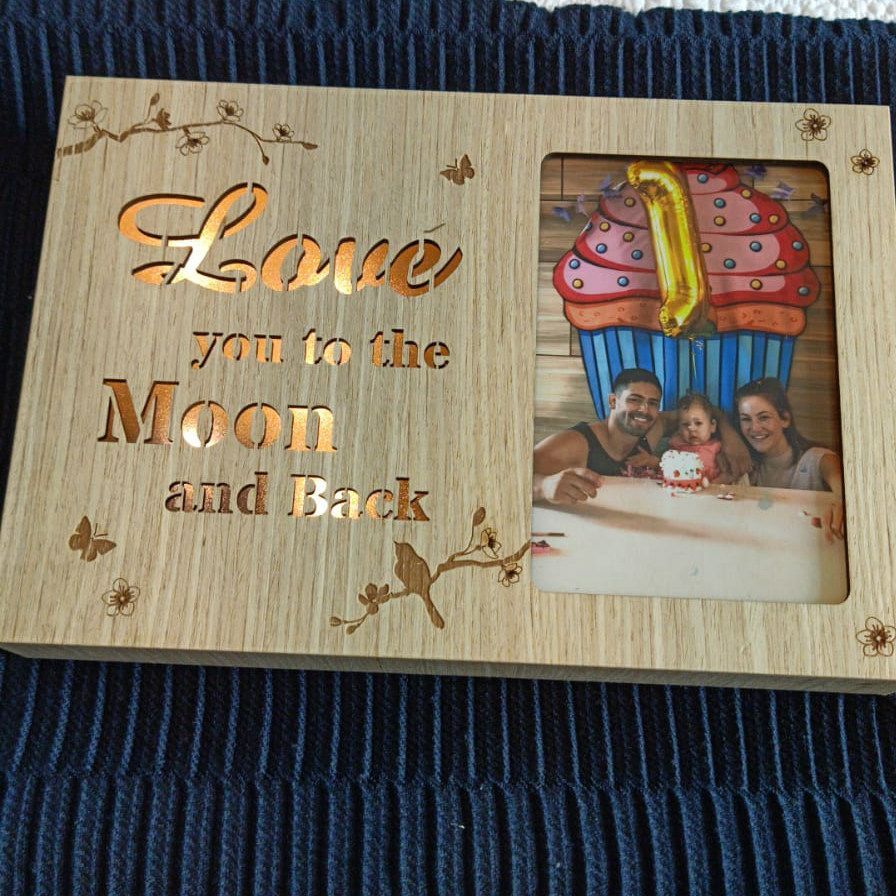 Johnny makes everything special, and he is always overly thoughtful and considerate.

He surprised me with a trip to an Elephant Retirement Center that specifically uses no chains and you cannot ride the elephants, but rather just enjoy their company. This shows how well he knows me because as an animal lover, I am very against any animal cruelty.

Before we even left for our trip, he surprised me with some family photos that he had made. They were unique, and one even had our picture printed on the wood.

Overall, being able to celebrate my birthday with my daughter and Johnny was the only thing I needed. Everything on top of that was a bonus. Having them together made me appreciate the simple, yet most important thing in life – family.