The ONE Bantamweight World Championship hangs in the balance during the co-main event of ONE: AGE OF DOMINATION. ONE Championship lead commentator and Fox Sports Presenter Steve Dawson looks into his crystal ball to see what might transpire.

There is a world title up for grabs in Manila, and nobody has grabbed their chances in the fight game more than Reece McLaren over the past 12 months.

On short notice, McLaren stunned the MMA world by beating Mark Striegl in Manila a year ago, and followed that up with a unanimous decision over young Muin Gafurov, whom I had boldly claimed would one day be a world champion.

That contest with the Tajikistani in April always looked likely to be an unofficial title eliminator for the bantamweight belt held by Bibiano Fernandes, and sure enough, the two will face off in the co-main event at Manila’s SM Mall of Asia Arena on Friday night, 2 December.

Bibiano Fernandes is generally regarded as a cut above most high-level fighters in the world. He is ONE’s most enduring champion.

Since beating Gustavo Falciroli, a very capable Aussie, in his mid-2012 ONE Championship debut, the Brazilian has blasted through seven first-class opponents. His Brazilian jiu-jitsu has undoubtedly been his main weapon in this time, but his stamina over five rounds is undisputed, and his KO power against Toni Tauru showed an element of his game that I had previously brought into question. 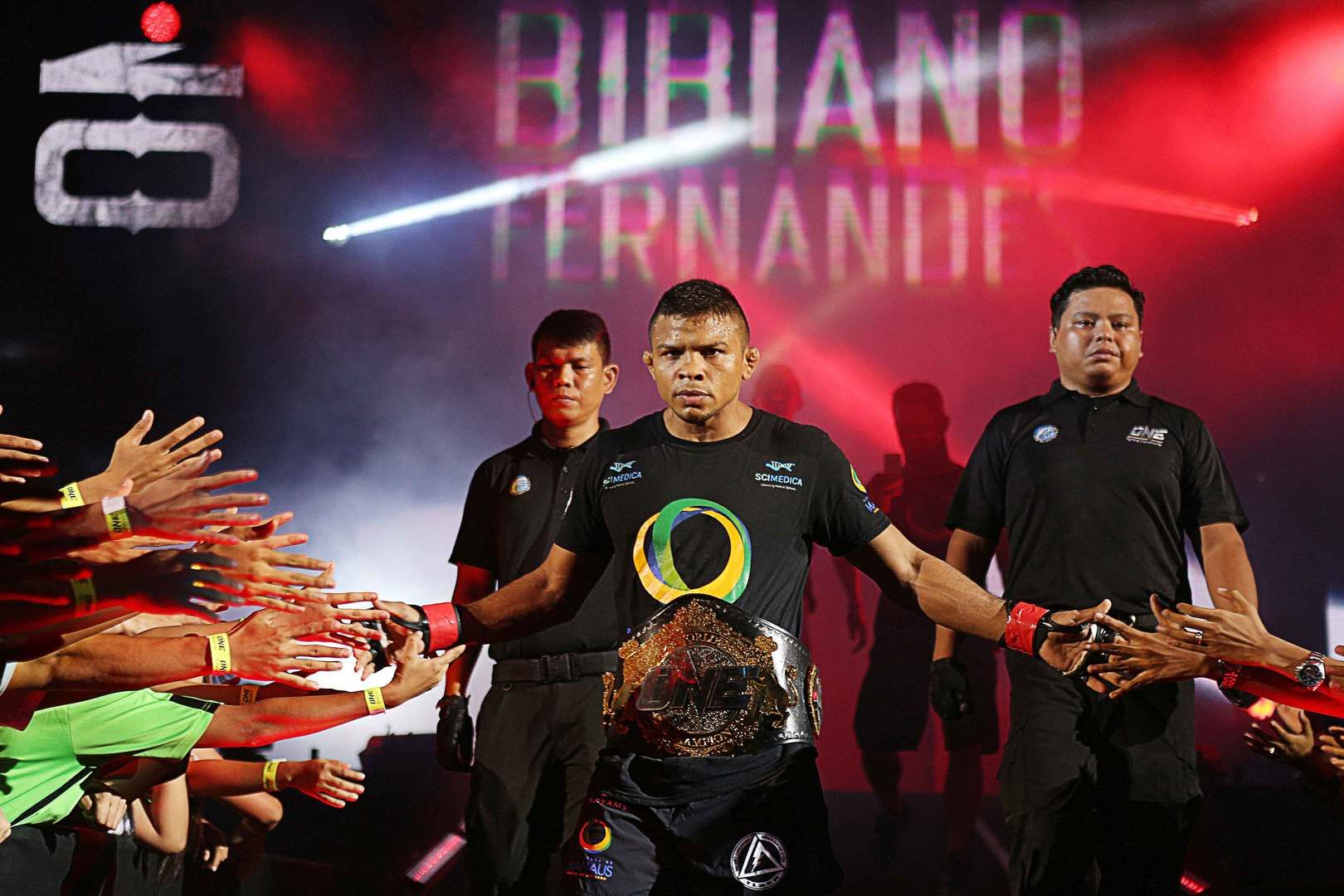 This will be McLaren’s biggest mountain. His rear naked choke of Striegl was an admirable scalp, but to expect the same again Fernandes would be regarded as hopeful. The 36-year-old champion has only been beaten thrice — twice by decision and once via a doctor’s stoppage against Urijah Faber, 10 years ago. His claim to be the best bantamweight on the planet is realistic, and the essence of his strength is that he competes so well in the submission arena.

What McLaren (9-3) does have in his favor is tremendous strength, something you do not necessarily expect from his frame. Check out his takedown of Gafurov at the two-minute mark in the opening round of their matchup as an example. He pushed Gafurov around the cage in the early going and attacked him in every position with high-energy assaults.

With the exception of Falciroli and Belingon, it’s hard to see where Fernandes has met that kind of power in the ONE cage before. Unquestionably, this is a good match up for the champion, but Fernandes has faced a stream of excellent opponents and dispatched them all. On the challenger’s current form this could be Fernandes’ toughest defense, although it might not go the full five rounds.

McLaren is likely to bring this fight to the champion more so than any other challenger has to date. Having said that, any outcome other than a Fernandes win would be a major surprise. But that’s what I thought about McLaren’s last two fights as well, highlighting just how big of a giant-killer McLaren is.