Ann Osman returns to Kuala Lumpur for ONE: THRONE OF TIGERS against Vy Srey Khouch on Friday, 10 February, with a very different set of challenges from the ones she’s faced at any other time in her career.

At one time, Osman was in the conversation for South-East Asia’s best female athlete. She’d won three fights in a row, had scalped world champion boxer Ana Julaton, and was a veritable media darling of the region.

Then 15 months ago, she walked into a stunning left hook from Russian flyweight Irina Mazepa.

As hard as that hit was for the Malaysian (both figuratively and metaphorically), it was forgivable. Mixed martial arts isn’t like boxing, where records need to be feather-bedded. A fighter can remain marketable and still get a title shot with recent losses on their record, purely based on current form.

More than sending Osman’s career into a dip, that fight promoted Mazepa into a fighter whom we are still clamouring to see more of. Osman can afford to climb again, and with her pedigree and popularity, it looked unlikely to be an arduous ascent. An impressive display of strength and technique saw her overcome Eygyptian Haiat Farag last July. But then Osman’s career took another turn.

April Osenio surfed the unprecedented wave of Team Lakay’s success to stun Osman by guillotine choke in September, and set herself up for a fight with Jenny Huang. That contest effectively became a title eliminator for the ONE Women’s Atomweight World Championship against the globally-renowned Angela Lee.

A win on Friday would put Osman back in the mix, but a loss would see her fall several steps away from where she wants to be. That pressure could be as tough for Osman to deal with as her opponent. 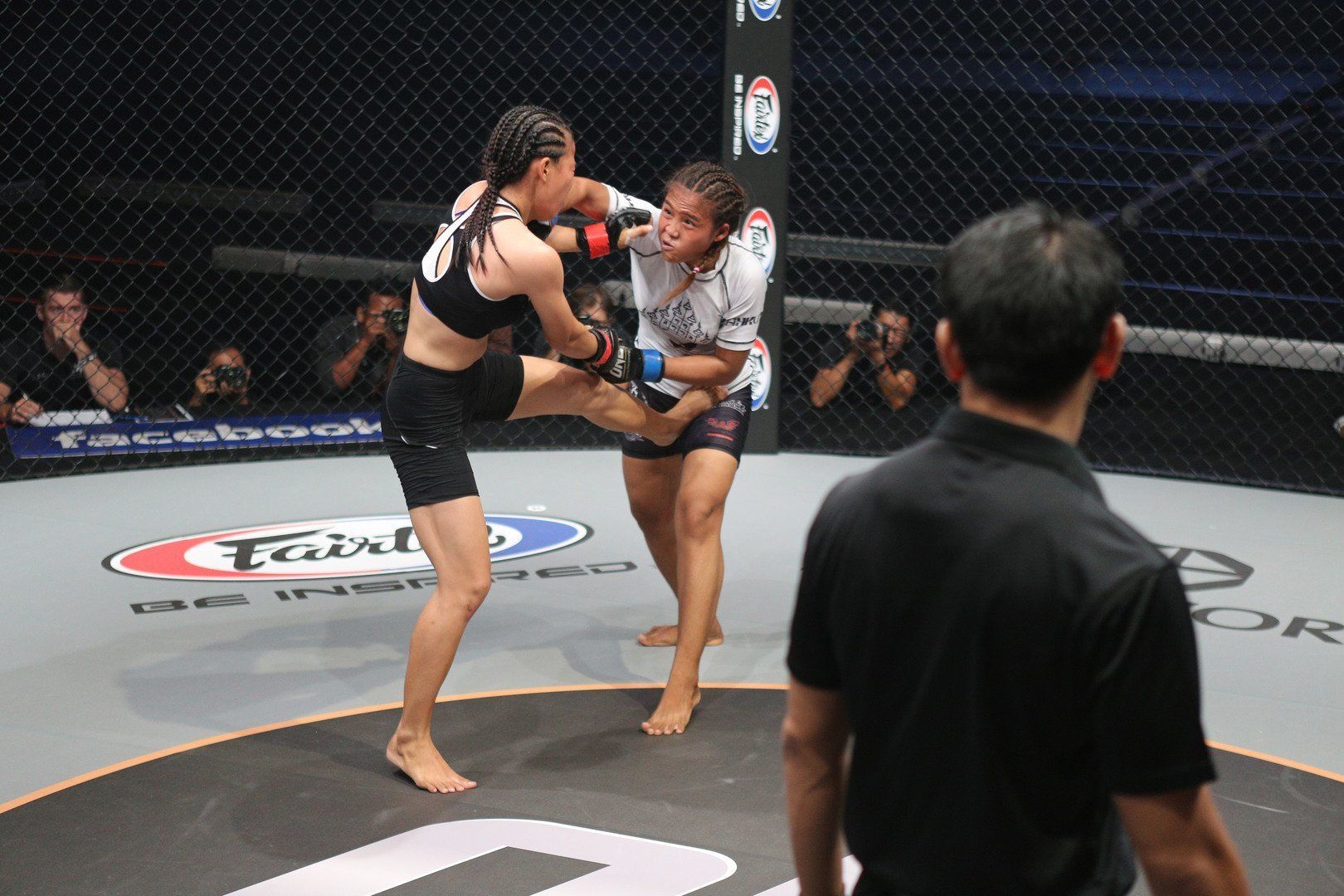 In her Cambodian adversary, Osman faces a 26-year-old, who started her career in ONE Championship’s December 2015 event in Phnom Penh. In that debut bout, she fought a tough battle to win via split decision. The story behind the bout is that she took the fight at only 24 hours notice, replacing her sister who was unable to compete.

She won her second fight a year ago by second-round KO. Although less experienced than Osman in the cage, Vy Srey Khouch has an impressive amateur boxing record, tallying an estimated 25-2.

Osman carries her weight very well. She has strong legs and impressive upper body strength. If Vy Srey Khouch can match her in terms of weight, then her boxer’s punch will be a significant weapon. Osman took Julaton’s best punches well, but clearly can be hit and hurt, as Mazepa showed us.

The most likely outcome, however, is that Osman commands the fight with takedowns, and as the more experienced grappler, wins by submission or on points.