Female martial artists has always had a special place in my ONE Championship career, long before Angela Lee achieved superstardom.

The recent retirement of Ann Osman registers the end of an era, passing on the baton from pioneering women to world beaters.

In addition, ONE Championship founder, Chairman, and CEO Chatri Sityodtong speaks more and more of how his ONE Women’s Atomweight World Champion Lee is a match for any female martial artist on the planet. 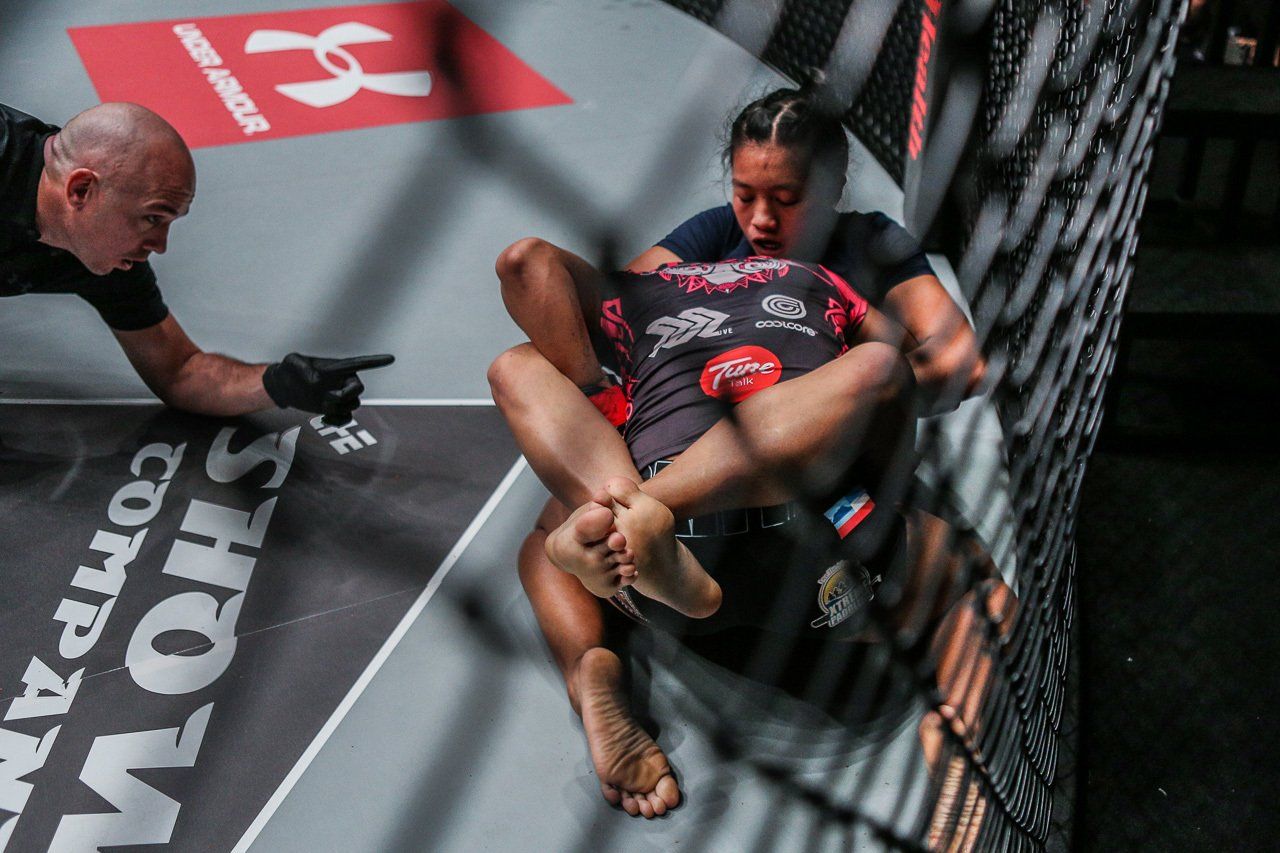 While Singapore’s May Ooi unofficially signalled the end of Osman’s career, the writing first appeared on the wall in September last year, when Osenio submitted Osman via guillotine choke.

That was a significant win for the Filipina; Osman was the naturally bigger and stronger woman, but the Osenio’s skill set saw her win through. Coupled with a surge in success for her Team Lakay camp over that period, Osenio’s career looked like it was about to be catapulted into the stratosphere, where Lee was already sitting, with a belt around her waist.

Three months later, Osenio met a woman on a similar trajectory – the accomplished and then-unbeaten Jenny Huang. It became a de facto final eliminator for Lee’s world championship, and ended in an eye-catching second-round submission via gogoplata that won the ONE award for Submission of the Year 2016. 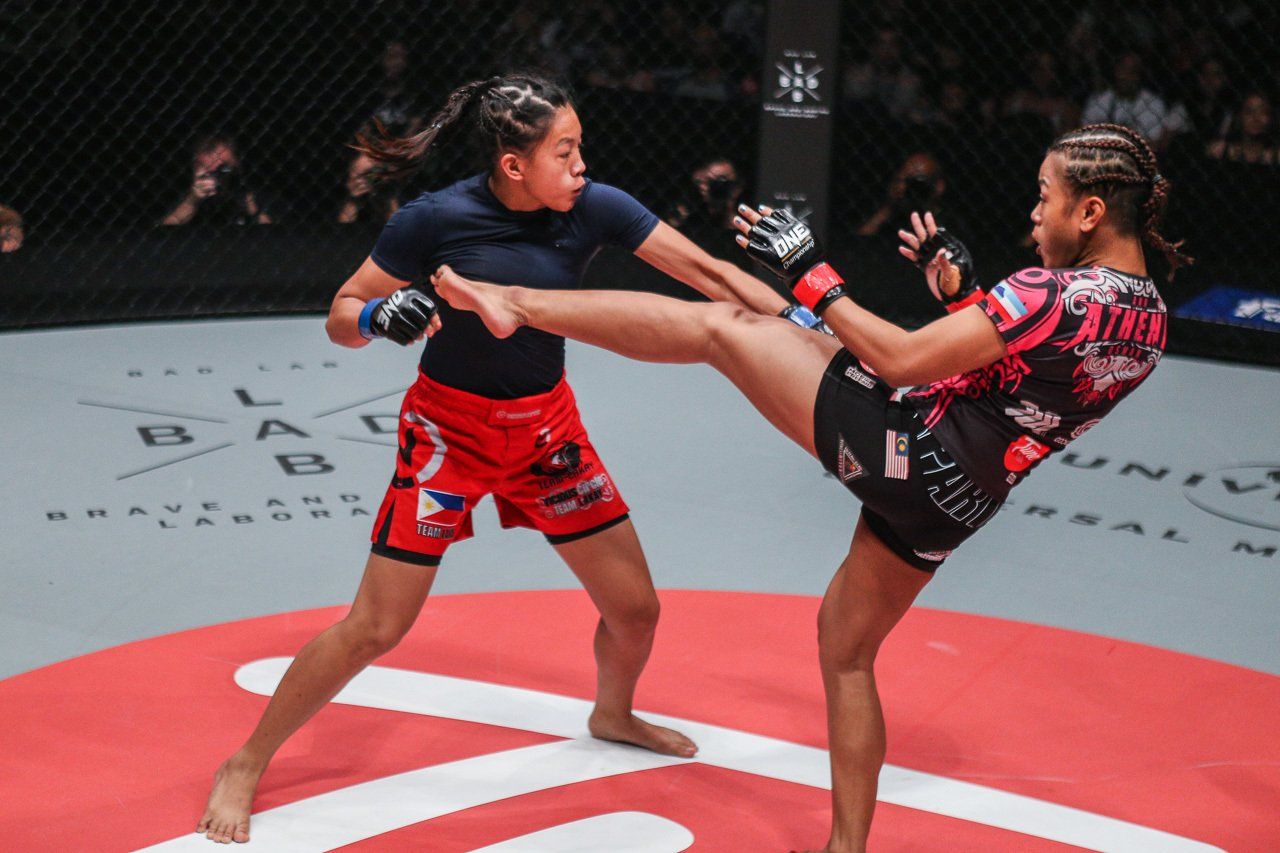 Having had a year off, she returns against a ONE Championship debutant who has amassed a stellar 12-1 record as a professional, Xiong Jingnan.

The Chinese athlete’s opponents will be largely unfamiliar to ONE Championship fans, being mostly in local promotions. But her record likely reveals for more positives than it hides negatives. Her one loss went the distance. She’s won several more since then, even scoring one submission victory.

She plants her feet and throws solidly, and that’s why the majority of her wins have come from strikes, all of those via punches. 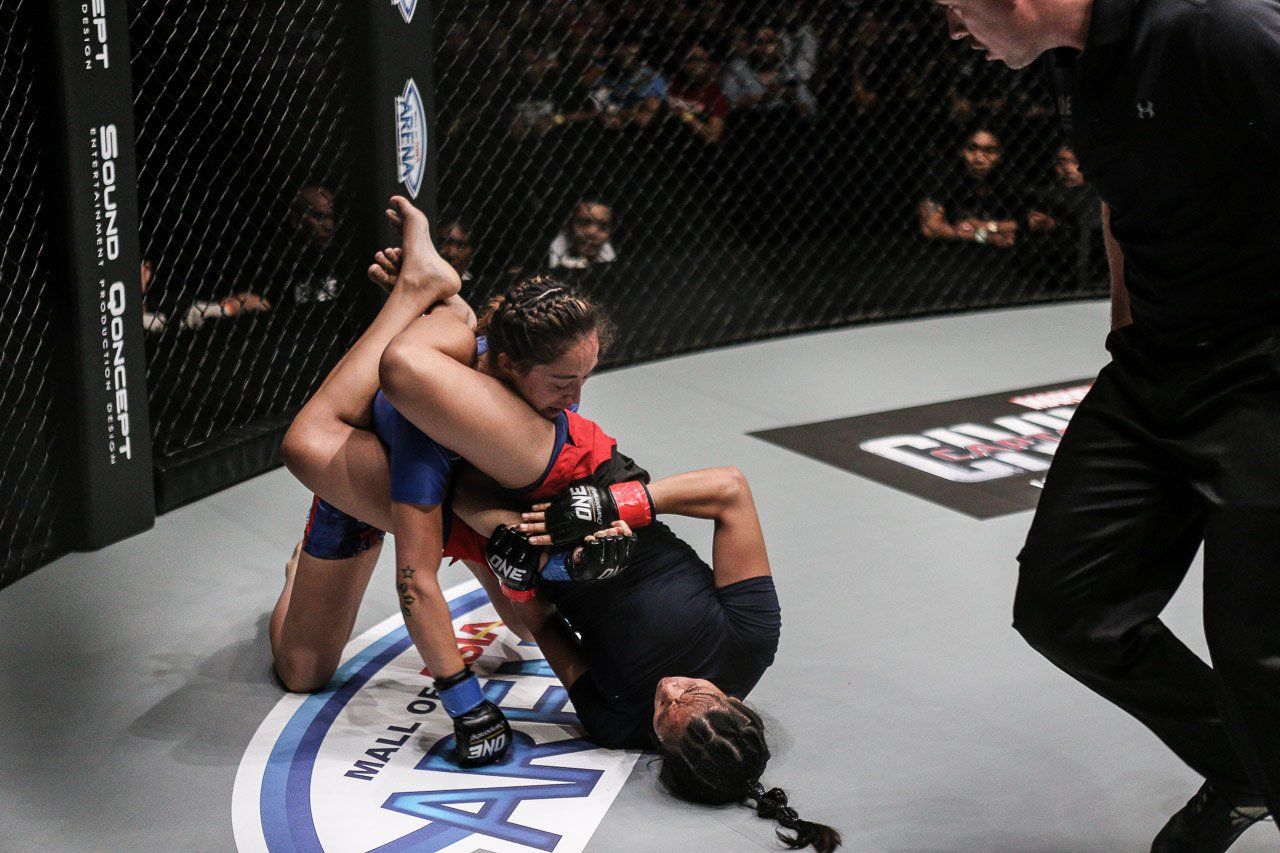 Osenio will need to overcome power with technique, as she did against Osman, if she’s to win this one. A victory would put her into the strawweight title picture, but this will be a tough ask.

Xiong appears to have good composure in finding the end game with her striking, and will be likely to finish the job if she catches Osenio and gets her on the retreat.

Over three rounds, a TKO for the Chinese woman looks as likely as a submission win for the Filipina national wushu champion. If it goes the distance, that will probably have meant the fight stayed on its feet for the most part. In which case, Xiong will likely have been the most effective, just due to experience.

Steve Dawson is a ONE Championship presenter and commentator, a Fox Sports presenter. He can be found on Twitter as @Gulasahi and as a presentation and public speaking at coachsd.com