After an impressive showing at ONE: UNBREAKABLE, #2-ranked atomweight contender Meng Bo went on record Tuesday to say she would finish Denice “The Menace” Zamboanga within two rounds if they meet in the Circle.

Zamboanga – the #1-ranked women’s atomweight – caught wind of the Chinese athlete’s remarks and fired back on Thursday.

“It’s cute that she thinks she can knock me out in two rounds. I’d like to see her try. Let’s see what happens,” Zamboanga says.

Meng, who defeated Samara “Marituba” Santos at the 22 January event, said she believes Zamboanga only has one strong point: her punches.

Truth be told, “The Menace” has ground skills to match. In fact, she submitted Watsapinya “Dream Girl” Kaewkhong by keylock last August, so it’s understandable that she doesn’t share the Chinese star’s opinion.

“Sooner or later, we will see each other in the Circle, and the talking will be over.”

Zamboanga was originally supposed to challenge ONE Atomweight World Champion “Unstoppable” Angela Lee once COVID-19-related travel restrictions were lifted, but with Lee now sidelined due to her pregnancy, the Filipina and Meng may end up battling for the next shot at gold.

After all, both fighters have been tearing through the atomweight division since making their respective debuts in 2019.

Both own 3-0 records in the promotion, with Zamboanga holding wins over Jihin “Shadow Cat” Radzuan, Mei “V.V” Yamaguchi, and the aforementioned Kaewkhong. 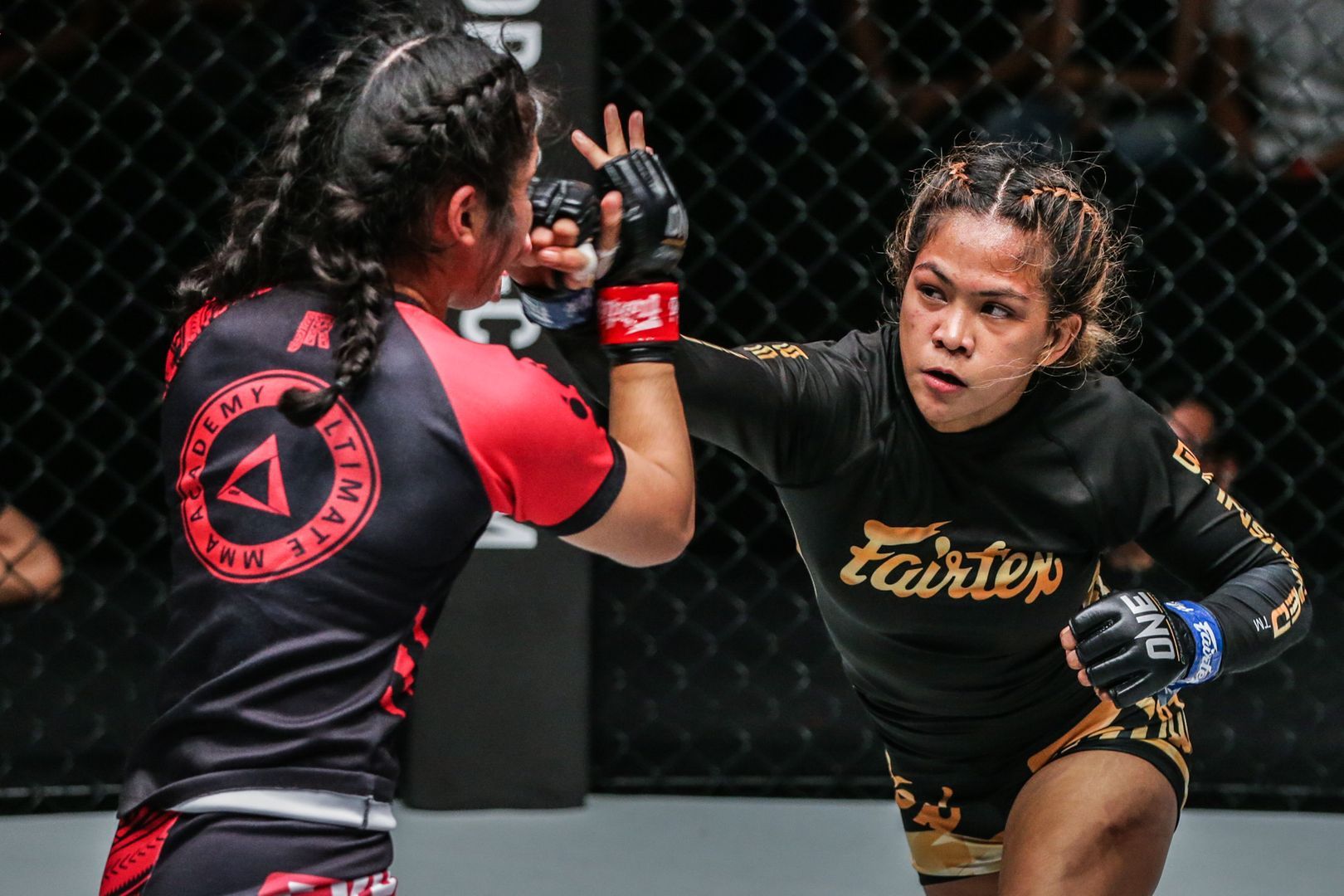 While Meng was bold enough to predict a finish within two rounds against Zamboanga, “The Menace” would rather let her actions speak for themselves.

“You’ll just have to wait until we are together in the Circle. I don’t really like to talk much unless provoked,” she says.

“I prefer to do my talking in the fight. I think it’s going to be a surprise for everyone. I just want to get back in there and compete.”