“The Big Heart” Yoon Chang Min is quickly becoming one of the lightweights to watch in ONE Championship thanks to his second straight first-round finish.

At ONE: LEGENDARY QUEST, the South Korean had only his second professional match, but he looked like a seasoned competitor when he pulled off a resounding TKO victory over veteran striker Trestle “Jun Minion” Tan on Saturday, 15 June.

Yoon’s Filipino rival was a welterweight for most of his career, and carried much of his size and strength down a division when he entered the ring in Shanghai, China.

However, the Fighting Agent Tournament winner was confident he could prevail following some intense grappling training to augment his kickboxing and amateur boxing skills.

“I was physically smaller, but I was more confident when it comes to jiu-jitsu and wrestling. I think that was the winning formula,” the 25-year-old says.

His new ability on the ground allowed him to take the initiative in the contest, and then survive a difficult situation. 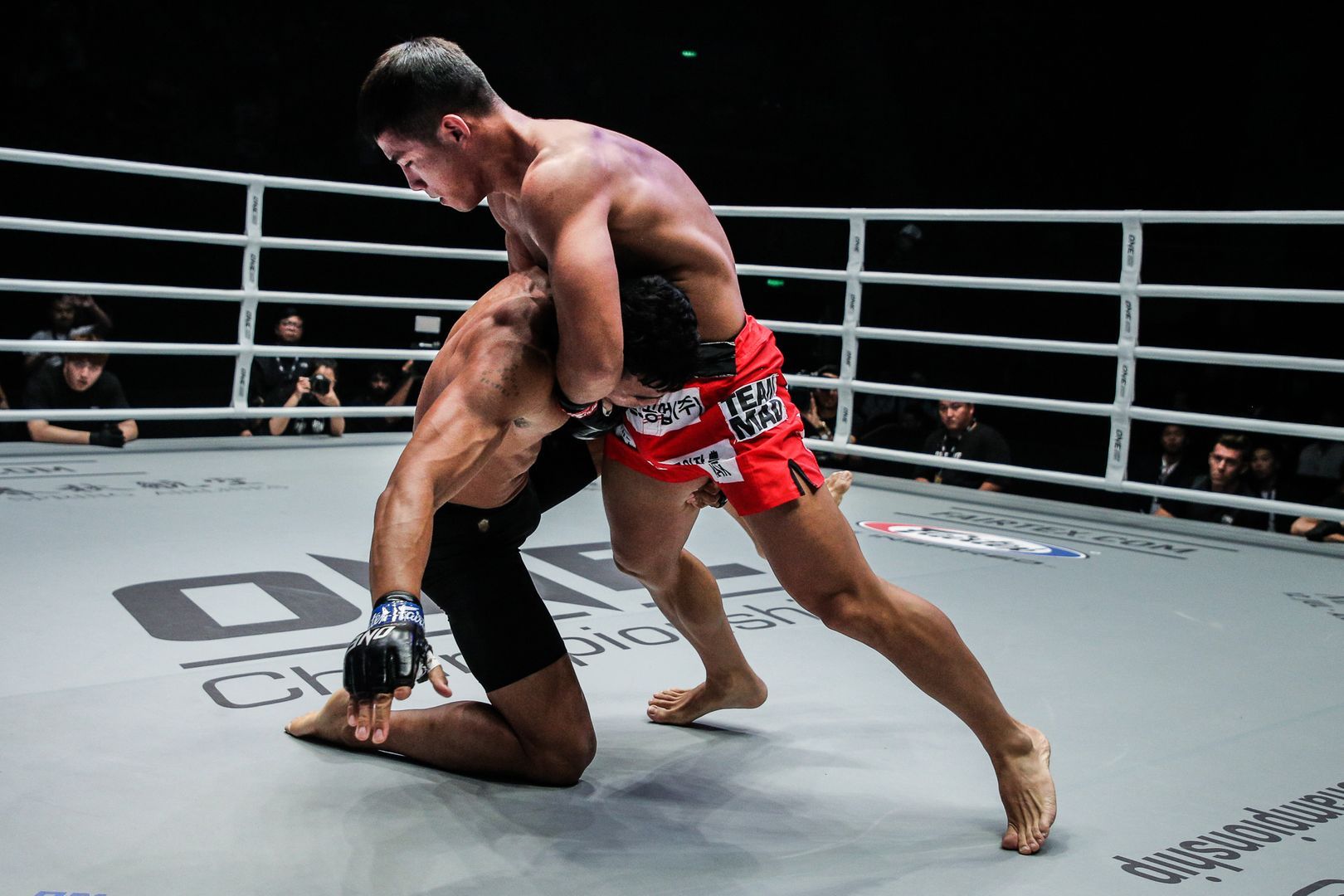 Yoon stunned the powerfully-built Filipino early on in the match by bringing him down to the canvas, but “Jun Minion” turned the tables with his own wrestling skills to pull off a series of takedowns and threaten with an arm-triangle choke.

However, “The Big Heart” stayed composed and escaped to his feet, where he showed his striking skill. He let his hands go and connected with hard shots, including a powerful right cross that dropped his rival and forced referee Olivier Coste to end the match.

“I wanted to defeat my opponent by KO, but my focus was on keeping up the fight until the end,” says the Team MAD product.

“I just kept fighting using the pattern I prefer – tackling my opponent early on to sap his energy and striking when he is tense. I tried to take on my opponent using all of the weapons in my arsenal.” 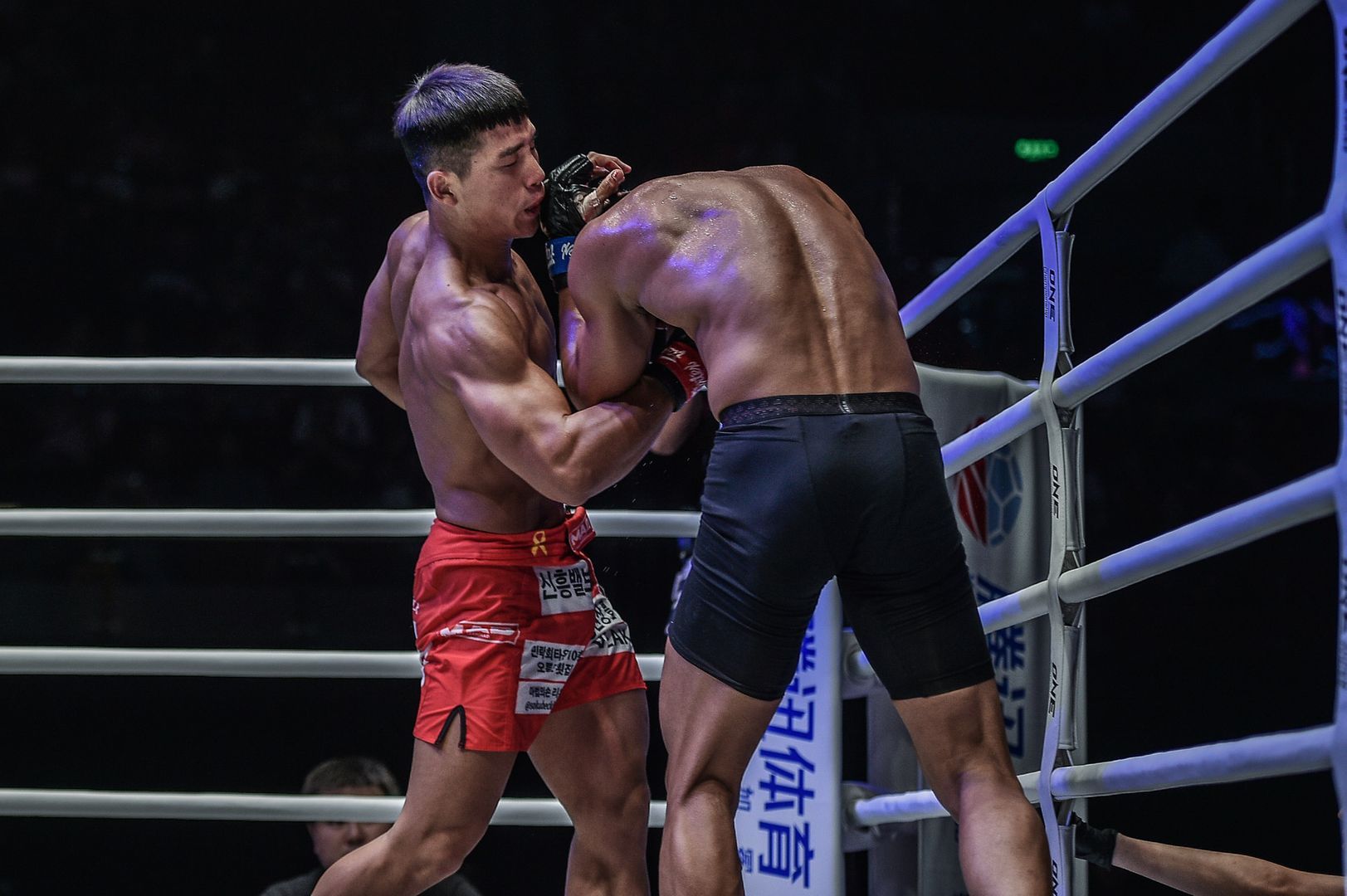 His crisp punches gave “The Big Heart” the first TKO victory of his career, but although he was delighted to get his hand raised, he says he did not bask in his glory for long.

“Winning is always exhilarating. I tasted victory again, but the only thing on my mind right now is to keep on training in my gym so I can win again,” Yoon explains.

“In the past, I used to let my wins get to my head, but I have no intention of resting on my laurels. I am driven only by my desire to achieve my third, fourth victories and, eventually, the World Title.”

Though the man from Seoul does not want to get overconfident, he makes no secret about his ambition in The Home Of Martial Arts. 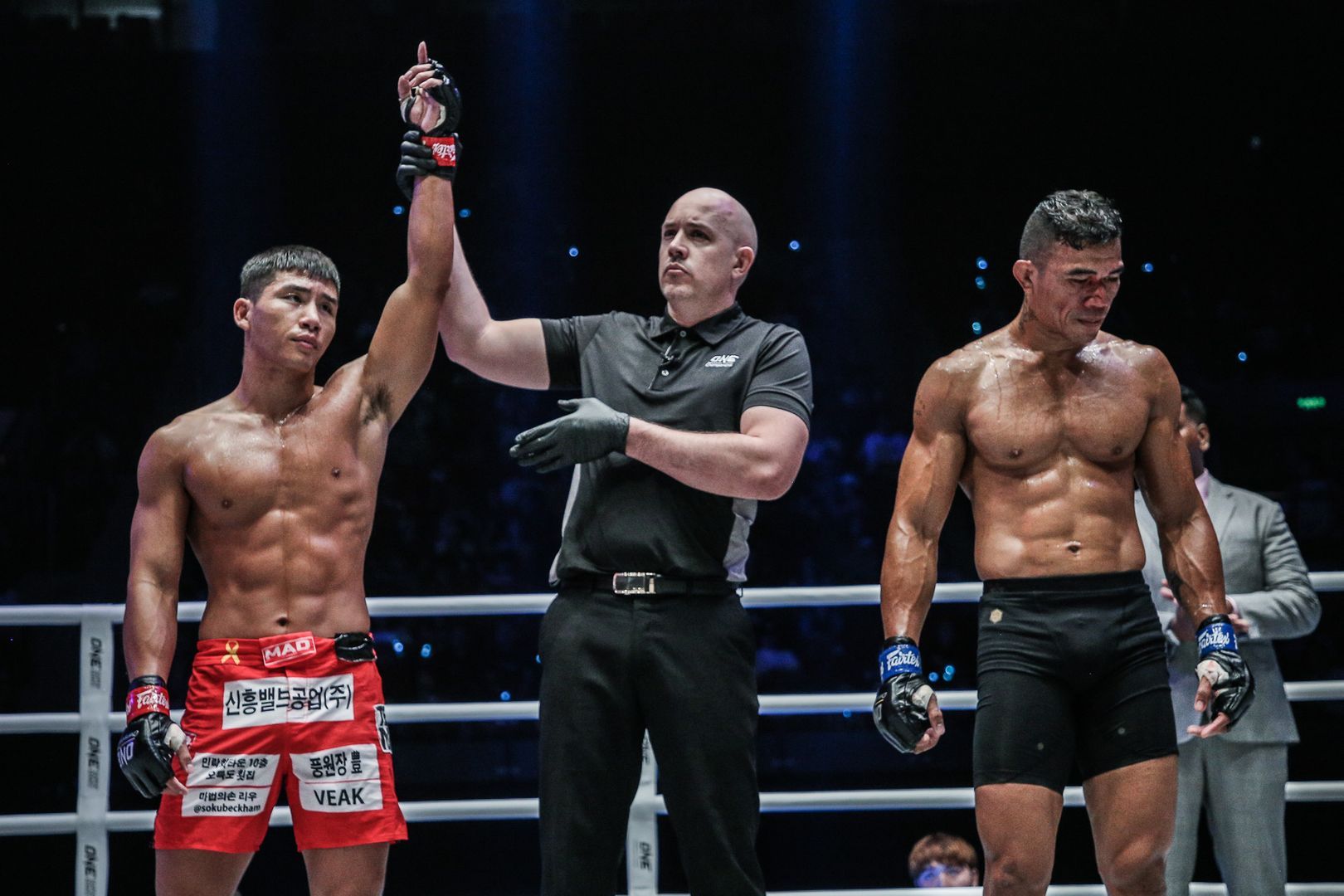 He knows he has a long way to go to reach the top, but “The Big Heart” is willing to do whatever it takes – against any athlete that stands across from him in the Circle – to climb the lightweight ladder.

“I’ve only fought two matches in ONE Championship, and I want to gain more experience,” he says.

“Whoever I am matched against, I will humbly accept the challenge, one player at a time, and prove myself through victory.”