Following a superb debut performance in ONE Super Series, Yodsanklai IWE Fairtex is prepared to put on another show in his first ONE Championship headline bout.

“The Hero” will face Luis Regis in a featherweight Muay Thai match-up at the top of the ONE: DESTINY OF CHAMPIONS main card in Kuala Lumpur, Malaysia.

This final event in 2018 from the world’s largest martial arts organization will broadcast live from the Axiata Arena on Friday, 7 December.

On 7 December, Muay Thai megastar Yodsanklai is BACK to take on world champion Luis Regis! Plus, Malaysian warriors Agilan Thani, Gianni Subba & Jihin Radzuan will all be in action!

“I’m very honored that ONE has given me this opportunity to headline an event. It’s very exciting for me,” says Yodsanklai.

Fans have had to wait more than six months for the return of the man who became known as “The Boxing Computer” for his exemplary skill in the ring.

In May, the 33-year-old made his debut on the global stage for martial arts in a sensational battle against Chris “The African Warrior” Ngimbi in Singapore.

Yodsanklai won the bout via unanimous decision, despite admitting he may have been a little rusty.

The two-time Lion FIght World Champion credits any lack of sharpness – not that it was obvious to fans who were thrilled by a stunning performance – to his comeback out of retirement at the start of this year, following a long battle with injuries.

However, he believes he has made progress in his training since that contest, and he is approaching the peak of his powers ahead of his date in Kuala Lumpur.

“I haven’t faced any injuries in quite a while now,” he says.

“I don’t feel like I’m 100 percent yet because I haven’t been fighting regularly enough, but it’s quickly getting there.”

In Malaysia, “The Hero” will attempt to show how close he is to his maximum potential against a strong opponent.

The man from the SRG Thai Boxing Gym in Sydney, Australia will provide an interesting contrast of styles to the all-action kickboxer Yodsanklai faced for his last assignment.

However, as a veteran of more than 270 contests and a living legend of the art of eight limbs, he is unfazed by the task he faces, and he is confident he will adjust to anything that comes his way in the cage. 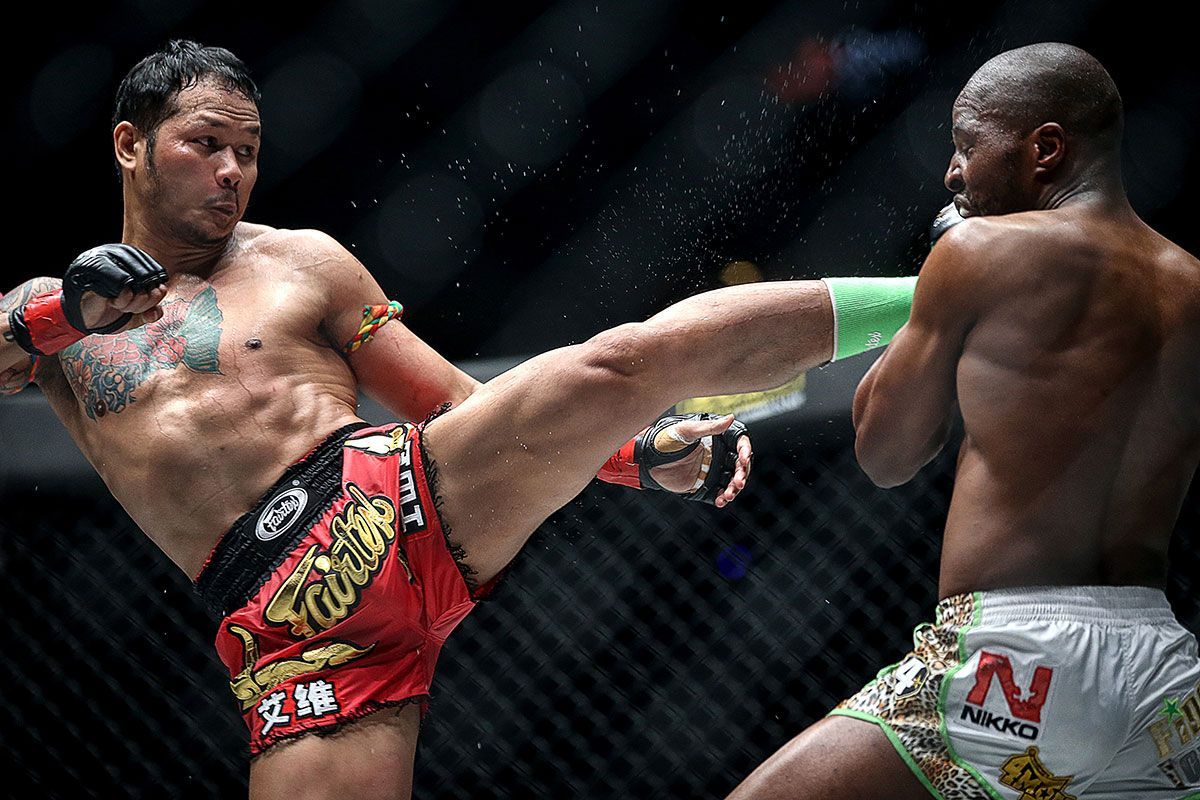 “He is big and tall. He has good elbows, knees, and kicks,” Yodsanklai says.

“I’m very familiar with both [Muay Thai and kickboxing] rules so I won’t be changing my training much at all.”

Yodsanklai admits he was “a little surprised” he was not able to finish his last contest – though Ngimbi has proven himself as one of the most courageous competitors in his first two ONE Super Series bouts.

This time, “The Hero” believes there will be a definitive conclusion to his main event tilt. He has trained more, and he is in better condition than he was for his last outing, which means he is ready to send his Malaysian supporters home happy.

“I predict that I will win by TKO,” he laughs.

“To all my fans, please watch my event on 7 December and support and cheer for me because I will definitely be giving it 100 percent of my effort.”