Expectations were high for Yodsanklai IWE Fairtex’s ONE Championship debut, and the Muay Thai legend did not disappoint.

As part of the stacked ONE: UNSTOPPABLE DREAMS event on 18 May in Singapore, “The Hero” put on one of the performances of the night against Chris “The African Warrior” Ngimbi.

He enjoyed dominant spells during the three-round, ONE Super Series kickboxing contest, scoring with powerful combinations against his Congolese opponent.

After three rounds of action, there was little doubt about the winner, and the 32-year-old earned a unanimous decision from the judges.

The victory was his 199th in Muay Thai and kickboxing competition.

Just over a week on from his triumph, ONE caught up with Yodsanklai to find discover his thoughts on the encounter, and his plans for more bouts in the world’s biggest martial arts organization. 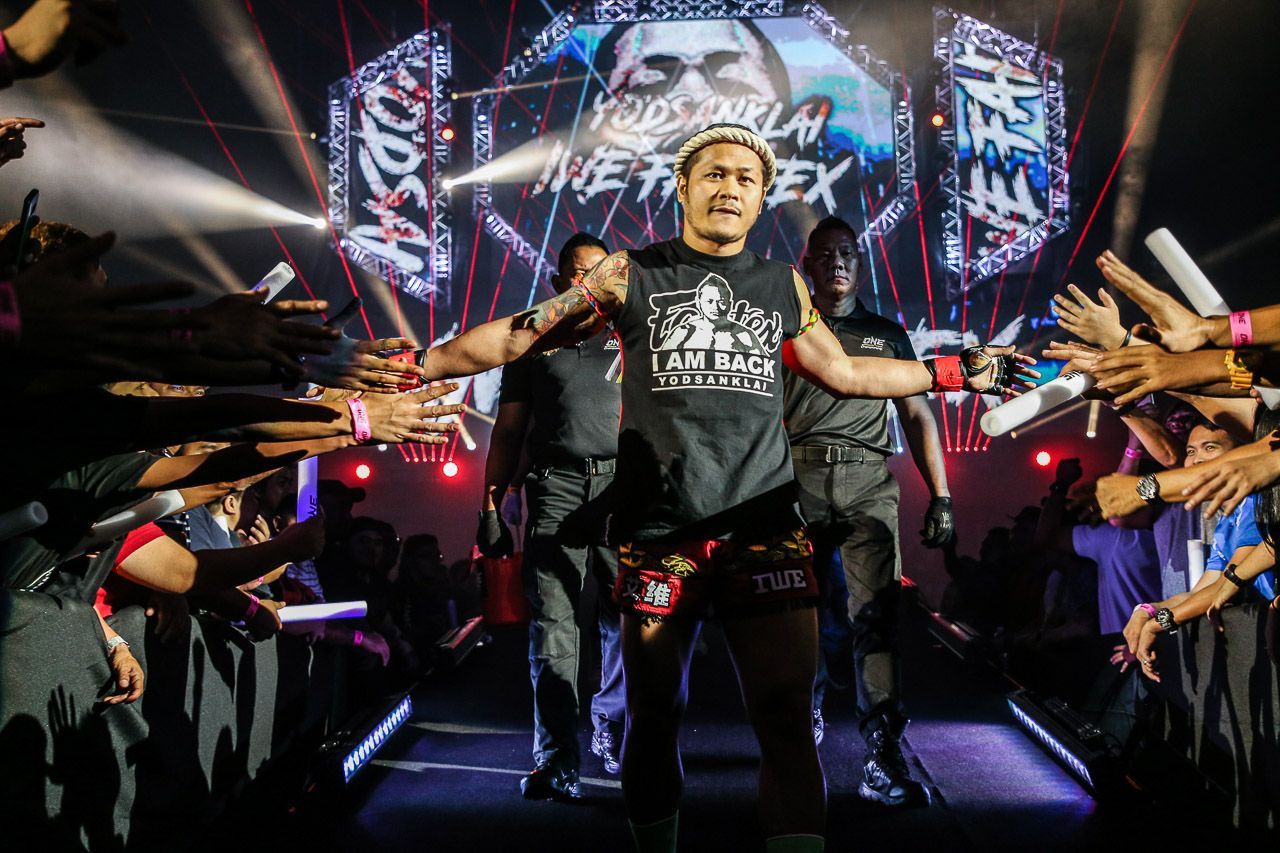 ONE Championship: How happy were you with your performance in Singapore?

Yodsanklai IWE Fairtex: I was satisfied with my performance considering my current condition.

I haven’t fought much in the last year, and I’m coming out of retirement so I might have been a little rusty, but I know that will change as I train longer and harder.

ONE: How did competing for ONE compare to the other events in your career?

YF: The biggest difference between ONE and all my other events is that I fought in an cage – something I’ve never done before.

I’ve fought using small gloves and kad chuek (Muay Thai rope wraps) before, but not the 4-ounce gloves. I really enjoyed using them. I also found ONE to be a very well organized operation.

ONE also takes good care to ensure the safety of their athletes before and after competition. 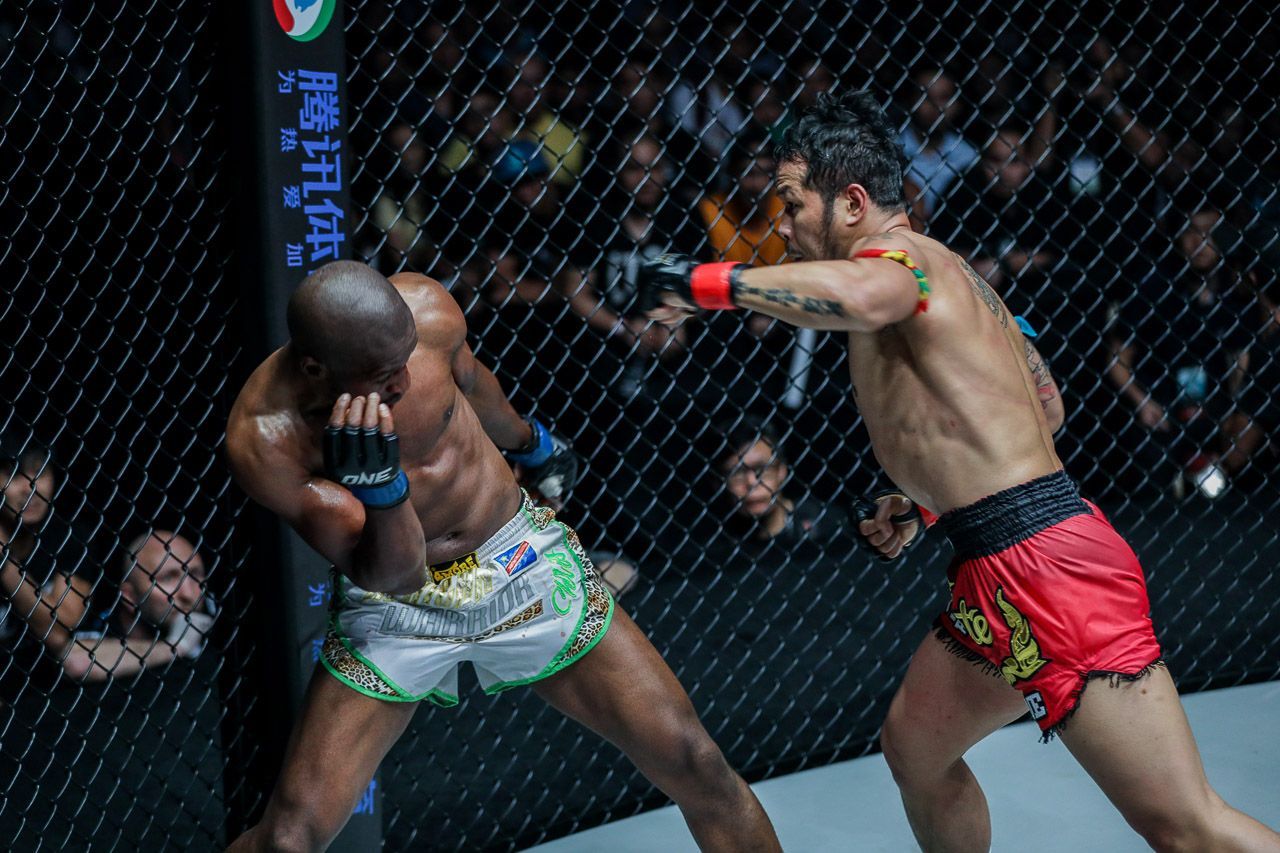 ONE: Were you surprised Chris Ngimbi lasted all three rounds?

YF: Ngimbi was a tougher opponent than I expected, so yes, I was a little surprised I didn’t finish him in the second round. I think I came close a couple of times, but he recovered quickly.

ONE: Did you have to make any adjustments during the bout to overcome him?

YF: I had studied Ngimbi’s previous competitions so I had a game plan on what I was going to do.

I pretty much stuck to that game plan throughout the competition – being cautious of his high knees and big punches. I don’t think there were any moments during the competition that I struggled with. 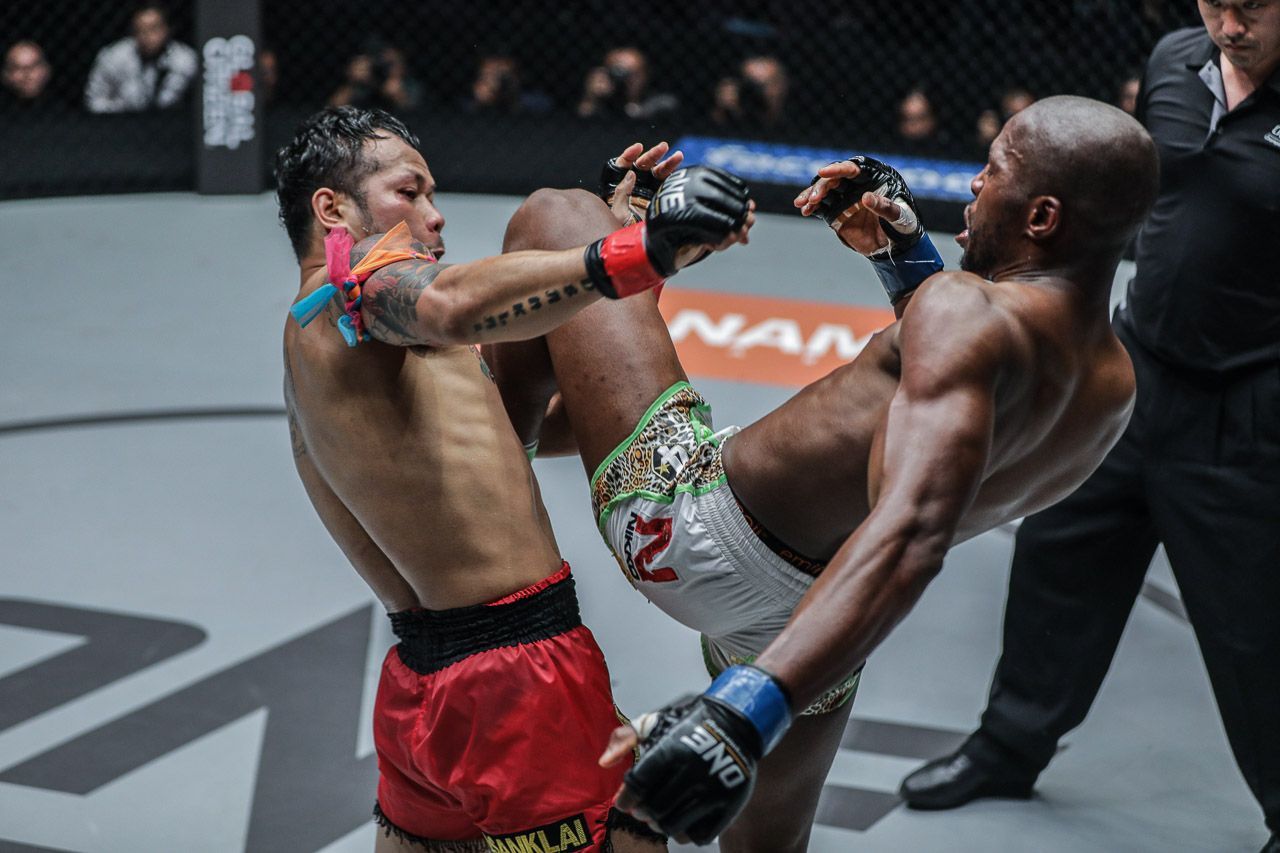 ONE: How did you celebrate your victory?

YF: The night of the event, we didn’t get back to the hotel until after 1:30am.

I had to be in the lobby to catch my flight back to Bangkok at 5am, so there wasn’t much opportunity to go out and celebrate. Not that I didn’t want to!

I spent the next couple of days relaxing at home with my family in Bangkok.

ONE: How often would you like to compete in ONE?

YF: I would like to compete in ONE events every two months, or every two and a half months.

ONE: Would you like to continue in ONE Super Series kickboxing rules?

YF: I would prefer to compete under kickboxing rules, but using the 4-ounce gloves. I really have a preference for them now that I’ve used them. The cage or ring doesn’t make much difference to me.

ONE: Is your aim to fight for a title?

YF: I would certainly like to compete for a ONE Championship World Title. That’s my next target.

ONE: What would it mean to you to compete for ONE in Thailand?

YF: I would definitely like to compete for ONE in Thailand. I understand there is an event on 11 August in Bangkok. I am hoping to be able to get on that card. It would mean a lot to me.

If I fought a foreigner, I would have a strong support base of Thai fans. My family and friends would be able to watch and cheer for me in the arena.

Most of my bouts have been overseas, and it would be nice to compete on Thai soil for a Thai audience again. 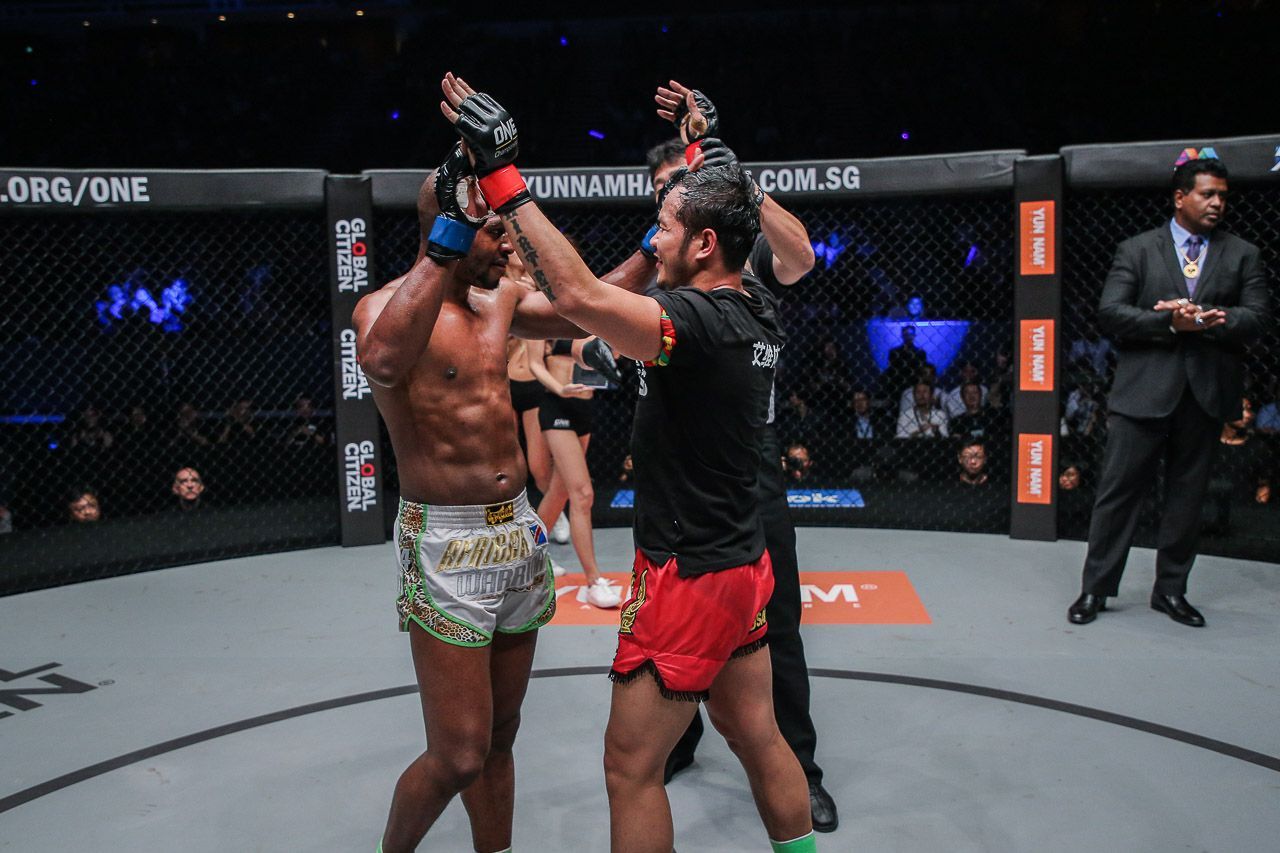 YF: For my very next event, I have no specific athlete in mind. I know ONE signed [Giorgio] Petrosyan and the powers that be will likely want to see that match happen sometime in the future.

I’m definitely willing to take that on under the right conditions, but I will need a few more matches to shake the cobwebs and get myself back into fight mode again before that happens.

ONE: What was it like to prepare at Evolve MMA – with all the other Thai legends there?

YF: You know, all the Thai legends at Evolve Gym were super friendly and welcoming. The vibe there is great and I enjoyed joking around with Orono [Wor Petchpun] and a couple of other guys there.

You can see the fun pictures my team and I posted on my Facebook page. There’s no ego there whatsoever. Everyone was humble and respectful to one another.