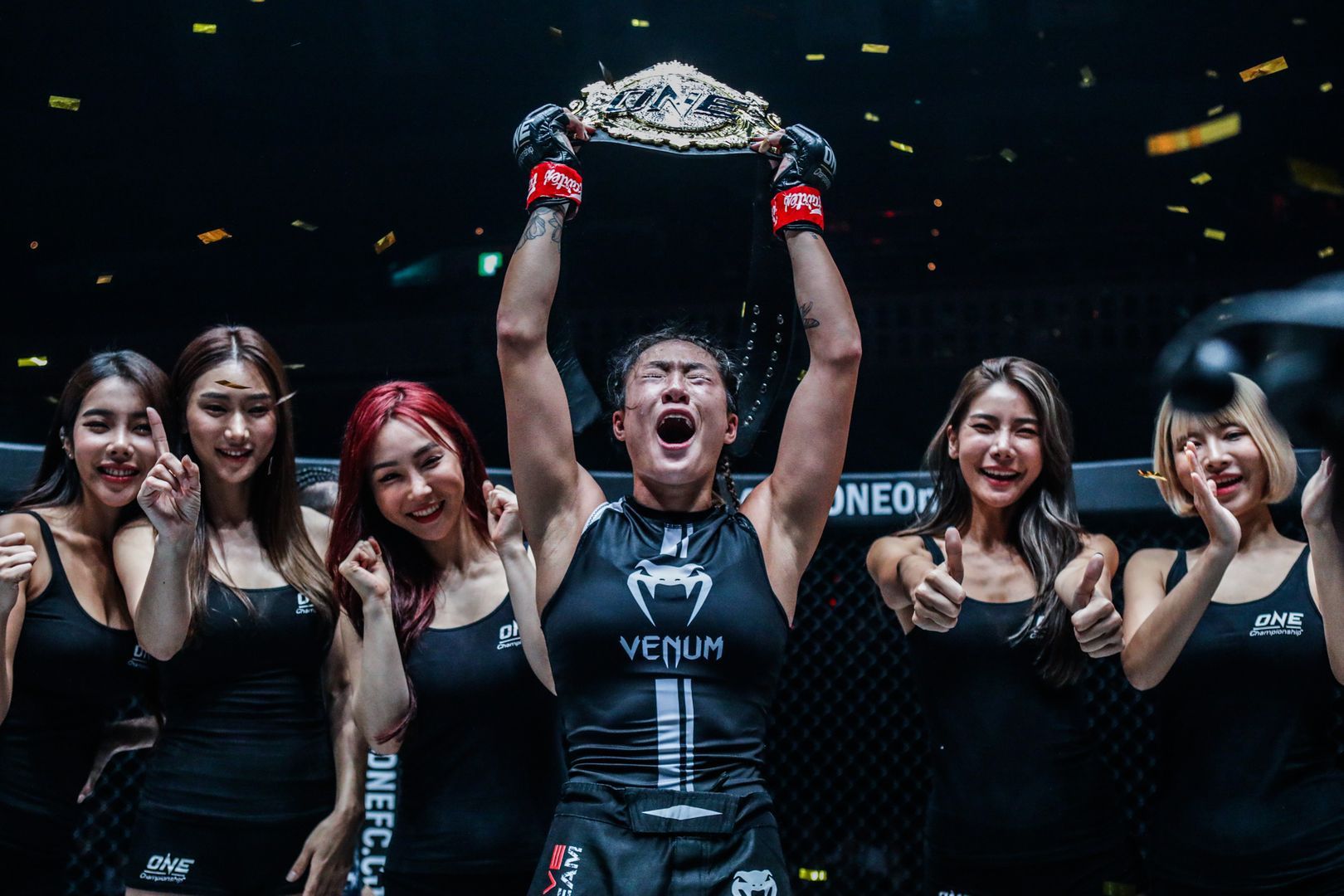 “Unstoppable” Angela Lee faced some of the toughest tests of her career in 2019, but after finishing the year on a high, she is motivated to make her 2020 campaign her best yet.

The ONE Atomweight World Champion had to process the first loss as a mixed martial artist when “The Panda” Xiong Jing Nan ended her challenge for the strawweight belt last March, but that helped her grow as a competitor.

When she faced her rival later in the year and put her belt on the line, she was moments away from another demoralizing defeat on the biggest show of all – ONE: CENTURY.

However, Lee found the determination to persevere through adversity and pull off an incredible victory with just seconds to spare in the fifth round.

Now, the woman who has been ONE Championship’s poster girl since she blazed a trail in her first year as a professional as a teenager is ready to defend her crown against a crop of new challengers, bring the most incredible rivalry in women’s martial arts history to a conclusion, and make more history.

ONE Championship: How will you look back on 2019 as a whole?

Angela Lee: 2019 was such an important year for me. It didn’t turn out the way I wanted to.

Of course, I was upset about the two losses that didn’t go my way in the beginning, but I just feel it was so necessary because I was able to grow so much from that. Everyone says when you have your first loss it can either break you or it can change you. It really changed me and motivated me to do things differently – to push harder.

By the end of the year, I just had one focus and I really feel like I had everything on the line and I needed to defend my title and get my confidence back. To finish that fight and to get the tap just before the last two seconds of the final round really was such a great feeling. It was like the cherry on top and it showed that all my hard work paid off.

ONE: As we look ahead in 2020, what kind of goals have you set for yourself?

AL: I think this is going to be another great year. I think that with the growth of ONE Championship, I’m hoping to stay very busy and active.

I’m looking forward to performing in front of different audiences. I know ONE is planning on coming to the United States this year and I would be really keen on that.

There are some big names building up in ONE Championship. I think there’s a lot of talented fighters coming up in the ranks and I’m prepared for that. I’m excited for that. I’m welcoming them because I know that everyone has that same end goal to be World Champion, but I know my time isn’t over yet. I’m still in the game and I think that I’m improving. I’m going to be 24 this year and I have so much more to go.

ONE: How much are you looking forward to the possibility of competing in the USA?

AL: I love traveling all over the world. It’s been an amazing experience for me, but that would be so special.

I would be able to connect with so many new fans. I think ONE Championship brings something different and the fans would love it. For me, it would just be such an honor. I’m really hoping that will happen later this year. 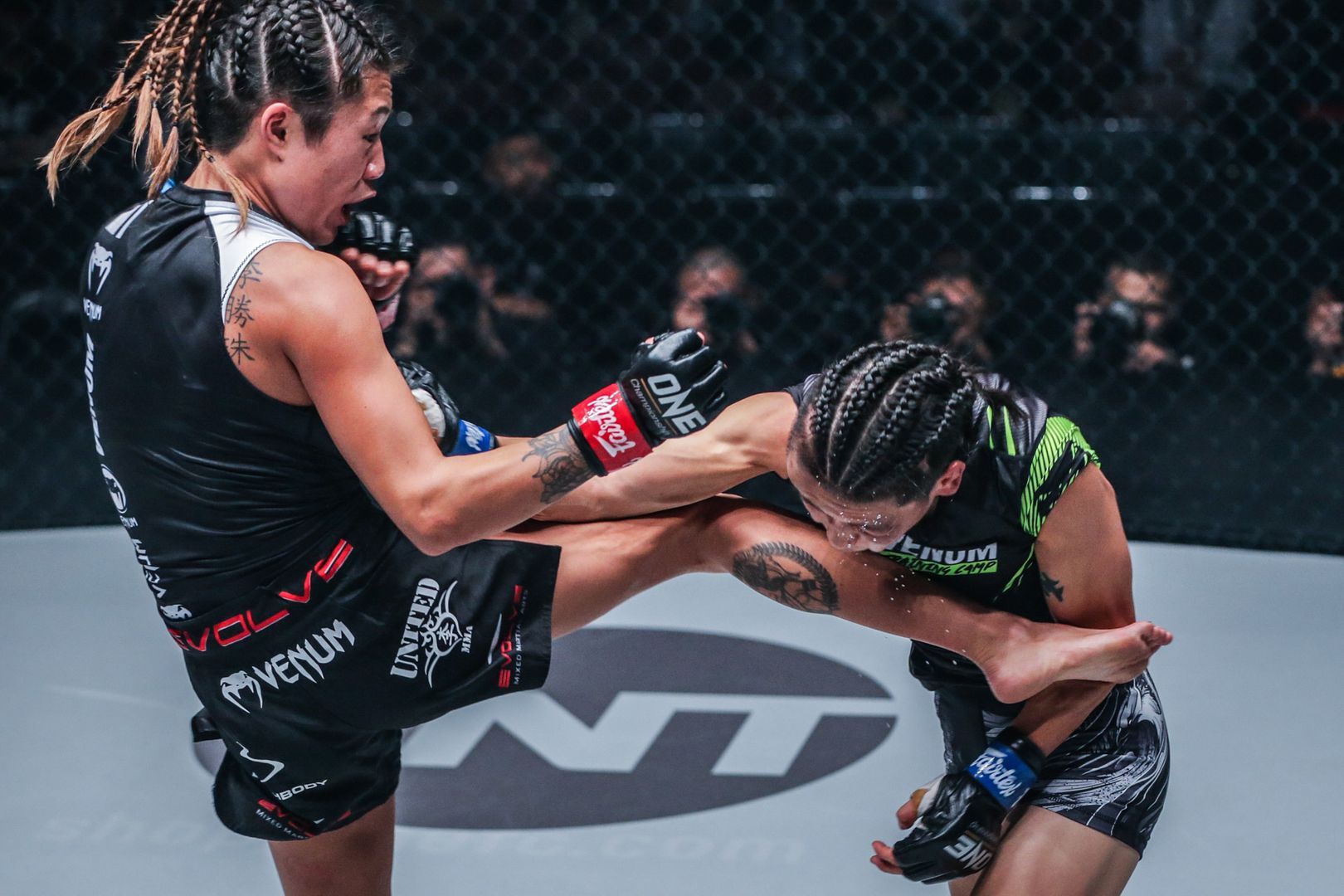 ONE: As you think about the challenges in front of you this year, which contenders do you expect to face for your World Title?

AL: For me, having that rematch with Xiong in my division was huge for me. I still have that goal of capturing the ONE Strawweight World Title in my mind. That’s one of my goals for this year that I would really like to work towards. I’d really love a trilogy match with Xiong for her title. That’s definitely on the list.

As for the atomweight division, where I have my belt, there’s definitely a lot more girls in this division now. It’s kind of hard to name top five contenders or top 10 contenders, but I’m always keeping an eye out when I see the cards and I see an atomweight fight. It definitely catches my attention.

I know that Stamp Fairtex is now going into mixed martial arts and she wants to capture the belt as well, and I’d love that fight. I know she’s a great fighter. She has both the Muay Thai and kickboxing World Titles but mixed martial arts is a different world.

ONE: So you definitely intend on competing in both atomweight and strawweight this year?

AL: That is the plan. ONE: When can we expect to see you back in the Circle?

AL: Well, my brother [ONE Lightweight World Champion Christian “The Warrior” Lee] is actually getting married in February, so the whole family is busy and helping with that, but any time after that.

I’m looking towards maybe April or May. I haven’t had any injuries. I’m feeling great, training every day, and I have a huge motivation for the beginning of the year. I want to kick it off right.

ONE: How many times would you like to compete?

AL: I’m definitely in for three this year at least.

ONE: How big do you predict the year will be for Christian, too?

AL: Last year was just amazing and it’s going to be hard to top. I think for us, having each other, it’s just so important. Just having that special connection and that bond, it’s unlike anything else.

For Christian, this year is going to be super important to defend his title. To show that he is legitimately the best fighter in the world in his division. I think the world right now is his oyster. He can do anything he wants. I know how hungry he is and this is just the beginning for him.