Another win as a mixed martial artist at ONE: A NEW TOMORROW has taken Stamp Fairtex closer to a third World Title, but she says she is not ready for it yet.

On Friday, 10 January, the Thai superstar kicked off her year in the ring with a near-flawless performance against Puja “The Cyclone” Tomar in a women’s atomweight mixed martial arts contest in front of her countrymen at the Impact Arena in Bangkok.

Stamp’s Indian opponent wanted to take her down to gain an advantage, but the 22-year-old from Pattaya took a dominant position and unleashed ground and pound until the match was stopped in the first round.

That was not always the plan, but as the two-sport ONE Super Series World Champion explains, she has developed the grappling skills to dominate athletes with more experience in her new sport.

”At first, I just wanted to keep the fight standing because I felt I had the advantage there,” Stamp says.

”However, once the fight went to the ground, I realized that I was comfortable there and able to stay in control. From there, I just went with the flow.”

With that said, Stamp believes she still has a lot to work on. Although she got up almost immediately, she was taken down earlier in the contest, and she was not too happy about that.

”I am really happy that I was able to finish the fight so quickly,” the Rayong native adds.

”However, I really need to improve my takedown defense. I need to be better able to defend myself from takedowns.”

Following her success, Stamp did not have much time to relax before she returned to the gym for training, because she plans to maintain an active schedule in 2020.

She wants to return to ONE Super Series and take as many mixed martial arts bouts as possible so she can gain the skills and experience to make her competitive in a match against “Unstoppable” Angela Lee.

“This year I will definitely need to defend both my Muay Thai and kickboxing World Titles,” she says.

“As for mixed martial arts, I want to improve my skills a lot more. It is definitely a long time before I can fight for a title.

“I think my stand-up is strong enough to face Angela Lee, but that my ground game isn’t there yet. I’d need to work on both takedown defense and positioning on the ground – especially mount. I can’t underestimate that.” 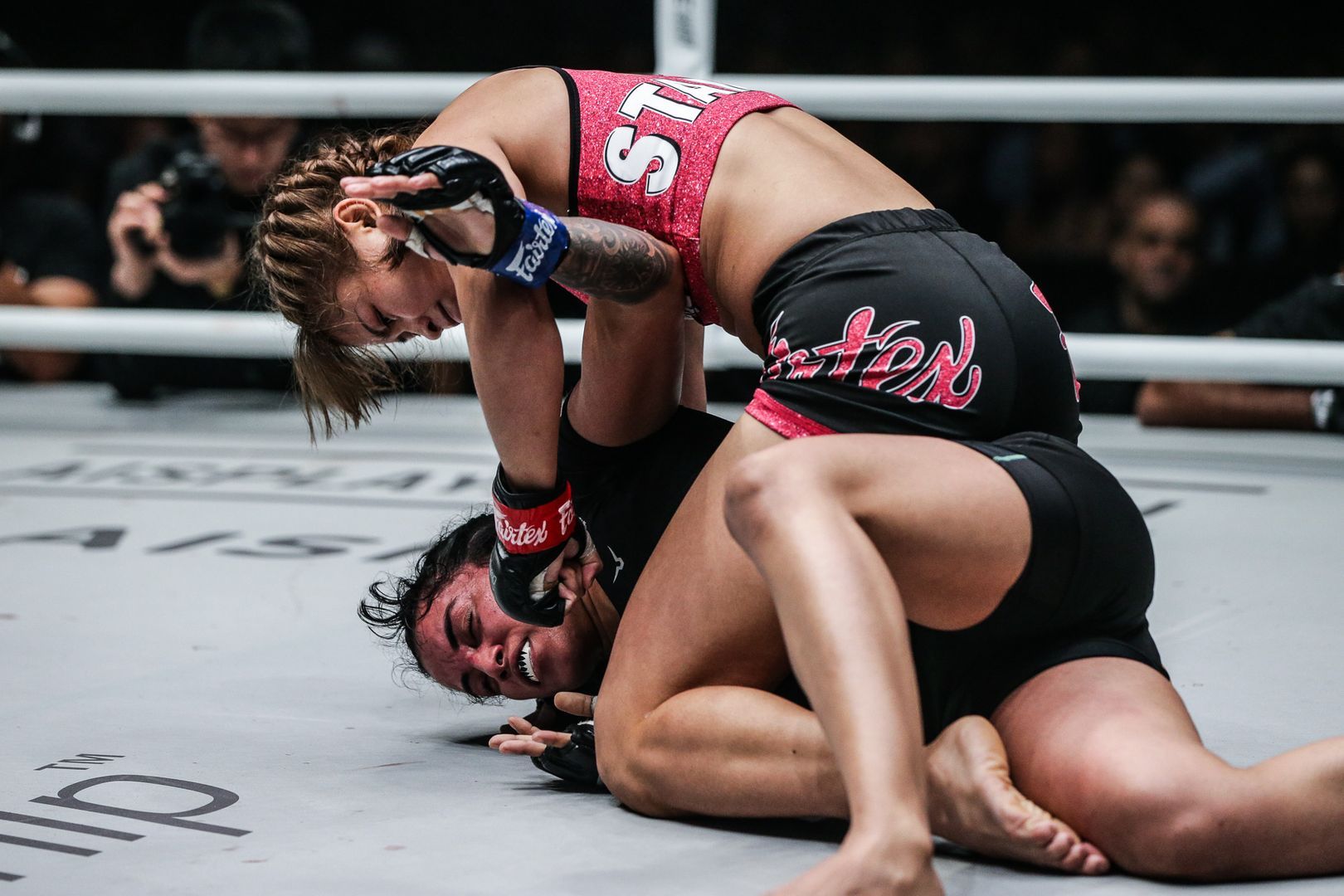 One thing Stamp was able to do before she headed back to the Fairtex training center in Pattaya was watch her boyfriend, Rodtang “The Iron Man” Jitmuangnon, compete in the main event.

“I had to go to the back for interviews and caught the beginning on the TV. Once I was done, I ran out to cheer for him!” she smiles.

“I am happy that he was successful in Thailand in front of his family and friends, and I am also very proud of him.”

Read more: What Could Be Next For The Big Winners Of ONE: A NEW TOMORROW?