Tukkatatong Petpayathai’s wealth of experience was on full display at ONE: BEYOND THE HORIZON which emanated from the Baoshan Arena in Shanghai, China, on Saturday, 8 September.

Tukkatatong Petpayathai puts in a captivating display, earning him a unanimous decision victory over Ognjen Topic!

In the first round, Topic attempted to create some space, as he pushed his foe backward with push kicks and jabs. Despite his effort, Tukkatatong quickly began pressing forward, and threatened early with a fast left high kick.

The kicks from the 30-year-old Thai legend continued, and although Topic was able to catch one and dump his rival onto the canvas, the Thai was undeterred.

Tukkatatong quickly put his foot back on the gas again, and closed out the round with another volley of fierce kicks to the body and head.

His pressure continued in the second round.

After missing ever so slightly with another left high kick, the Thai star sent his foe careening backward with a side-on push kick to the midsection. He then chased his adversary into the corner, where they tied up. 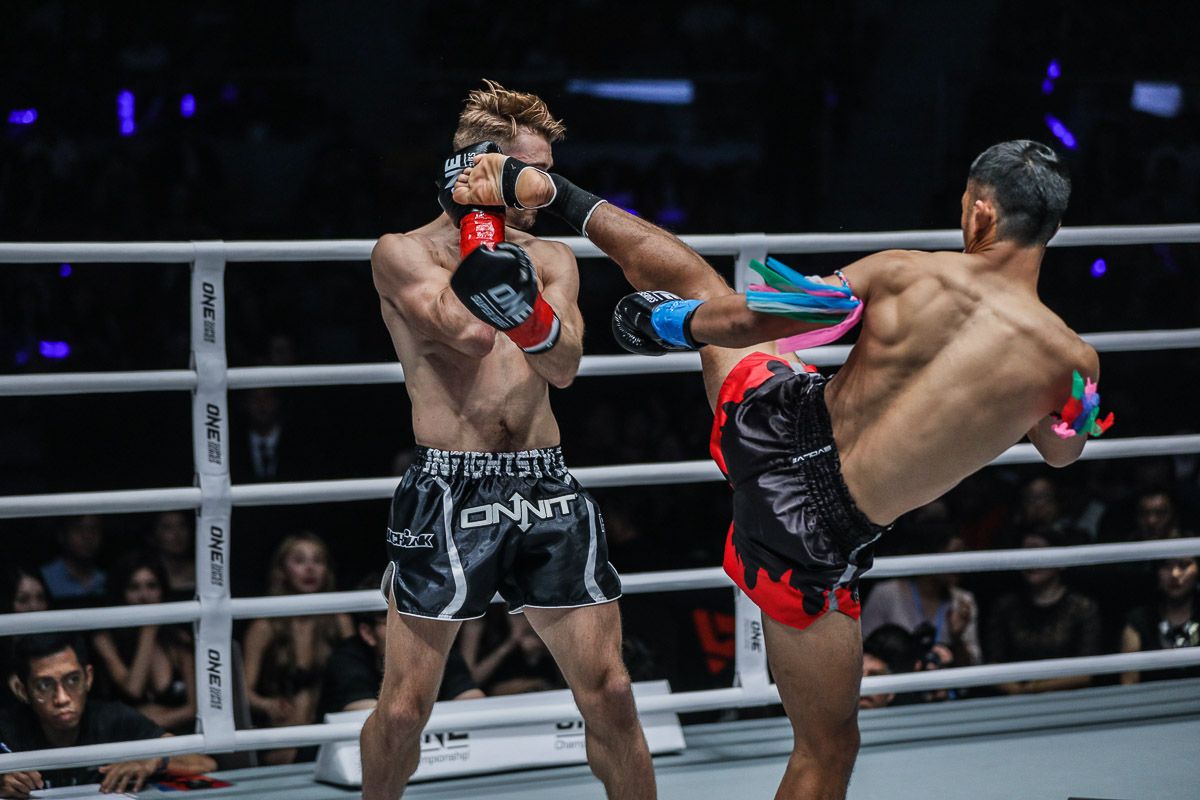 This is where Tukkatatong really began to find his groove. He drifted around the ring effortlessly, avoiding his opponent’s attacks, all while landing plenty of his own.

Heading into the third stanza, Topic – a Lion Fight World Champion – clearly sensed he was down on the scorecards. The Serbian warrior came into the final round with guns blazing, and this time, the Singapore-based Thai seemed content to let him lead.

The 32-year-old plowed forward, but Tukkatatong dodged many of his foe’s attacks and responded with brilliantly-timed counters.

The round ended with Topic attacking with a handful of kicks and elbows, and the Thai legend rocketing through the air as he attempted a flying knee. He inches one step closer to his ultimate goal of becoming a ONE Super Series Muay Thai Bantamweight World Champion.