Supergirl Jaroonsak Muaythai is only 17 years old, but she’s already eying the top contenders in ONE Championship’s all-striking league.

The Thai phenom made some history at ONE: A NEW BREED II in September, as she became the youngest athlete to ever compete in ONE Super Series. And that night, she proved skills are more important than age.

Supergirl knocked out Milagros Lopez in just 60 seconds in front of her home crowd in Bangkok, with a pair of crunching right hands sending the Argentine to the canvas.

Buoyed by that successful debut on the global stage, the Jaroonsak Muaythai athlete is looking toward the top of the atomweight rankings for future challenges.

“I will fight anyone, but I have my eyes on Anissa Meksen and Jackie Buntan, who fought against my sister,” Supergirl says.

Buntan faced the rising star’s older sister, Wondergirl Fairtex, at ONE: FISTS OF FURY in February and won via unanimous decision. However, redemption is not the biggest motivation for Supergirl.

Ultimately, the teenager wants to test herself against the world’s best strikers – and that’s why Meksen and Buntan are both on her list.

For her part, Buntan followed up the impressive victory over Wondergirl with another big win over Ekaterina “Barbie” Vandaryeva.

Meanwhile, promotional newcomer Meksen is widely considered the world’s top pound-for-pound striker. She’s entering ONE with a stunning 100-5 professional record, 32 knockouts, and victories over the likes of superstars Jady Menezes and Sofia Olofsson. 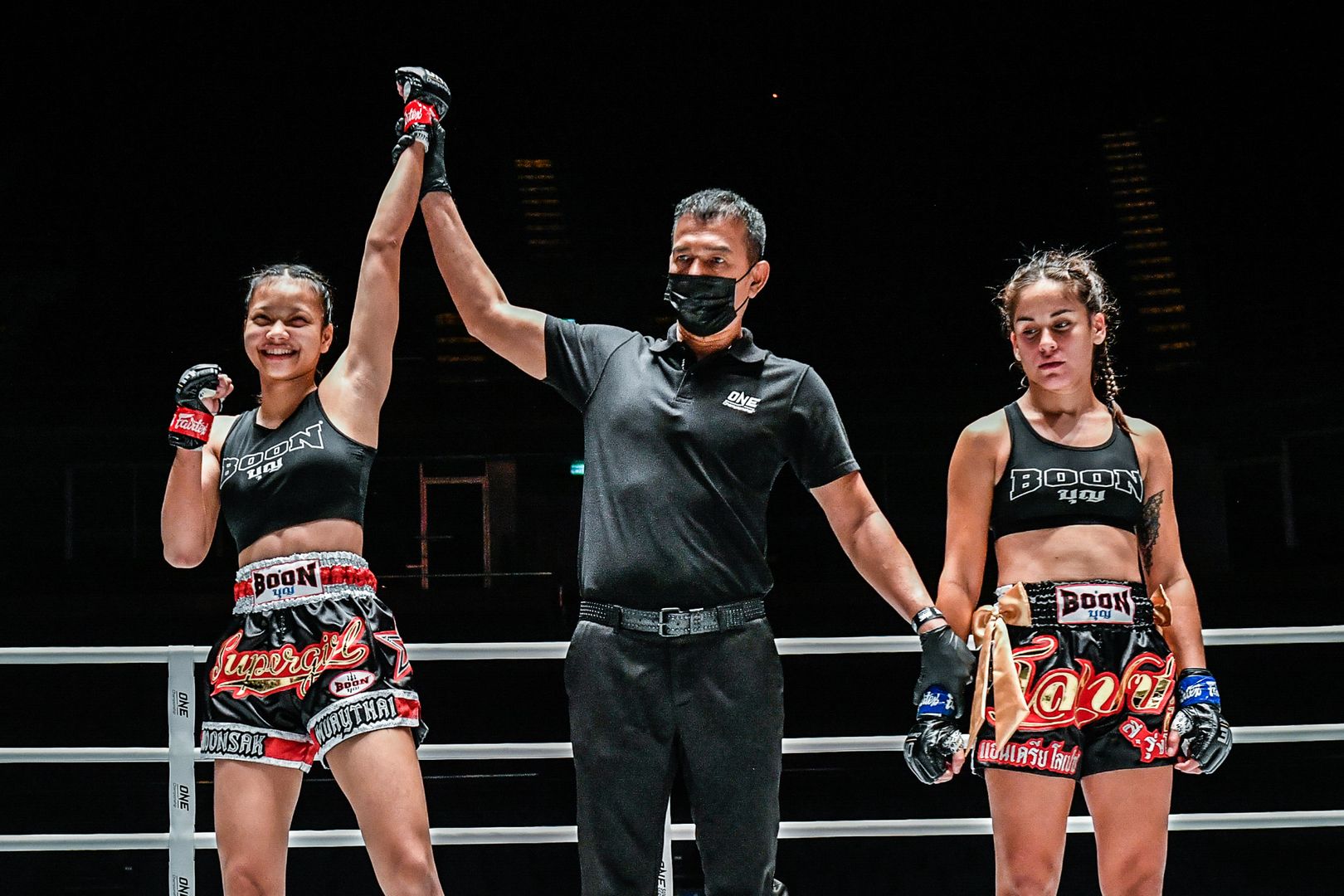 Supergirl’s father and coach, Jaroon Chanthasri — a former professional fighter himself — sees athletes of that caliber as the shortest route to improvement, as his daughter can learn from them firsthand in battle.

“I would like to see myself compete on another level as I’m a fighter,” she says. “My dad wants me to fight experienced fighters so that I can get better, quicker.”

Perhaps it’s only a matter of time before the teen meets some of those experienced veterans – like Meksen and Buntan – in the Circle.