Jackie Buntan emphatically announced her presence in The Home Of Martial Arts with a stunning debut win over surging knockout artist Wondergirl Fairtex in their strawweight Muay Thai tilt at ONE: FISTS OF FURY.

The American star showed flashes of her teammate and ONE Atomweight Kickboxing World Champion, Janet “JT” Todd, en route to a dominant victory inside the Singapore Indoor Stadium on Friday, 26 February. 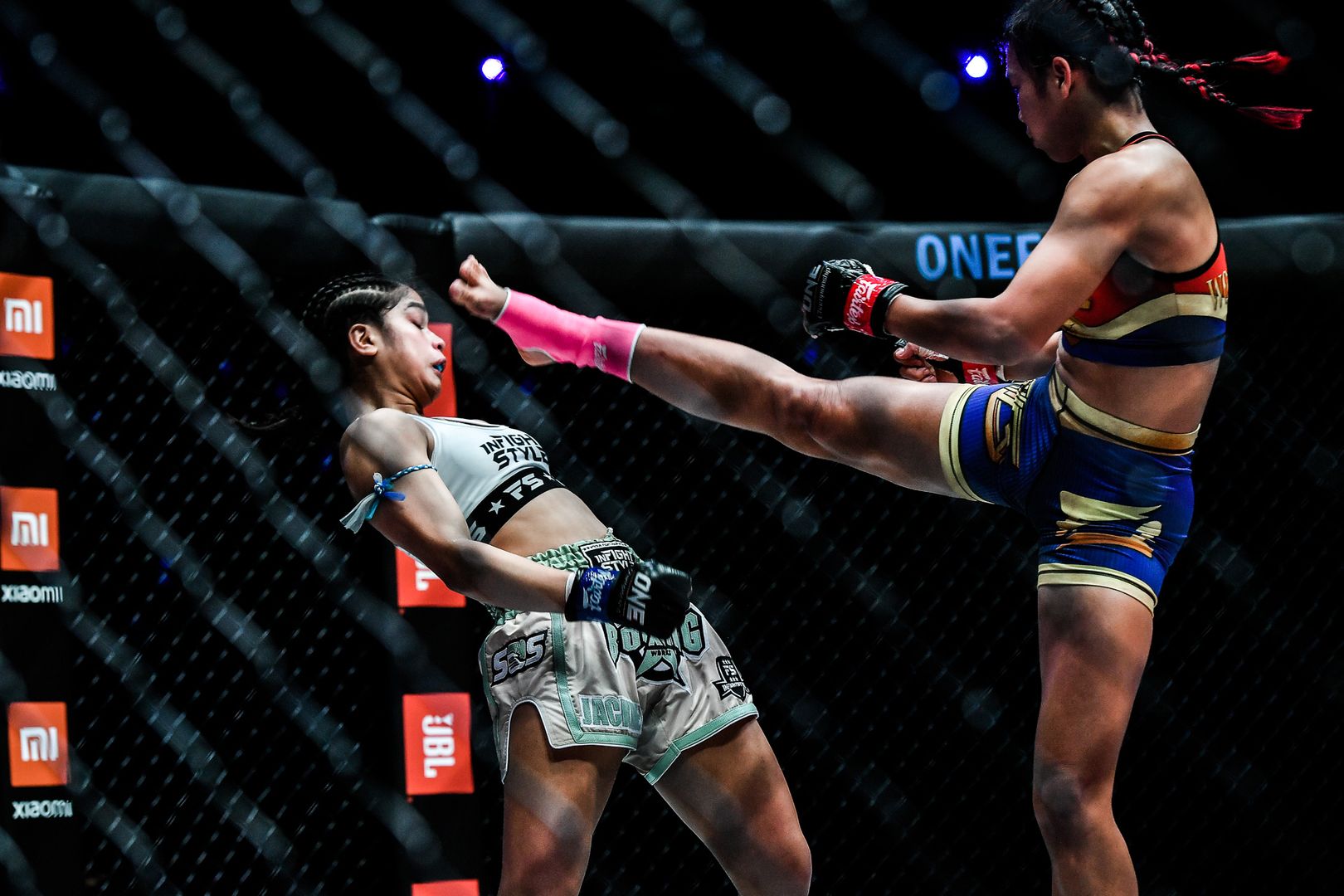 Wondergirl — who came into this matchup on a two-fight KO streak in ONE Super Series — went on the front foot when the opening bell rang, but it was immediately evident that the American was comfortable in her role as counter-striker.

Buntan defended well by leaning away from her rival’s high kicks and also checked the low kicks to fire back with hard strikes to the body.

The Thai star continued to press forward and pushed the Boxing Works product back to the Circle Wall with straight punches, but she ate hard left hooks and left shins to the midsection when she got too close. 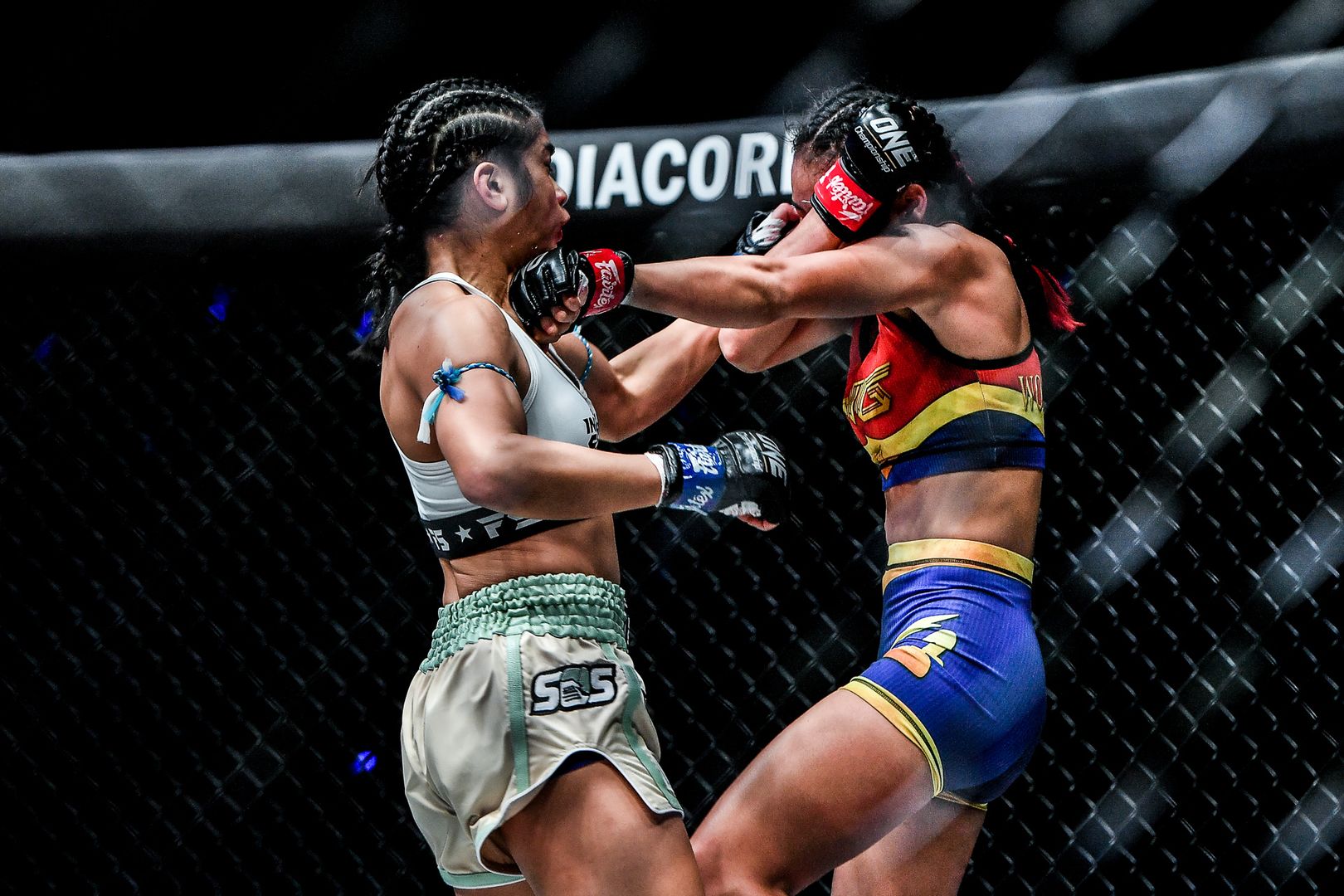 Buntan’s left hook landed again late in the round when she jarred Wondergirl’s jaw with a stiffening counter that sent her to the mat. It looked like it could all be over, but the Fairtex athlete regained her feet as the 10-second clapper sounded. Ultimately, she managed to see out the round.

The California native continued to surge ahead on the scorecards in round two, as Wondergirl was clearly still feeling the effects of the knockdown. Buntan stayed true to what had worked in the opening frame and stepped in with her cross-hook combination time after time.

Wondergirl probed with low kicks, though she was still gun-shy — and rightfully so, as the American peppered her head and body with punches. A lunging elbow was the best the Fairtex representative could muster over the three-minute frame. 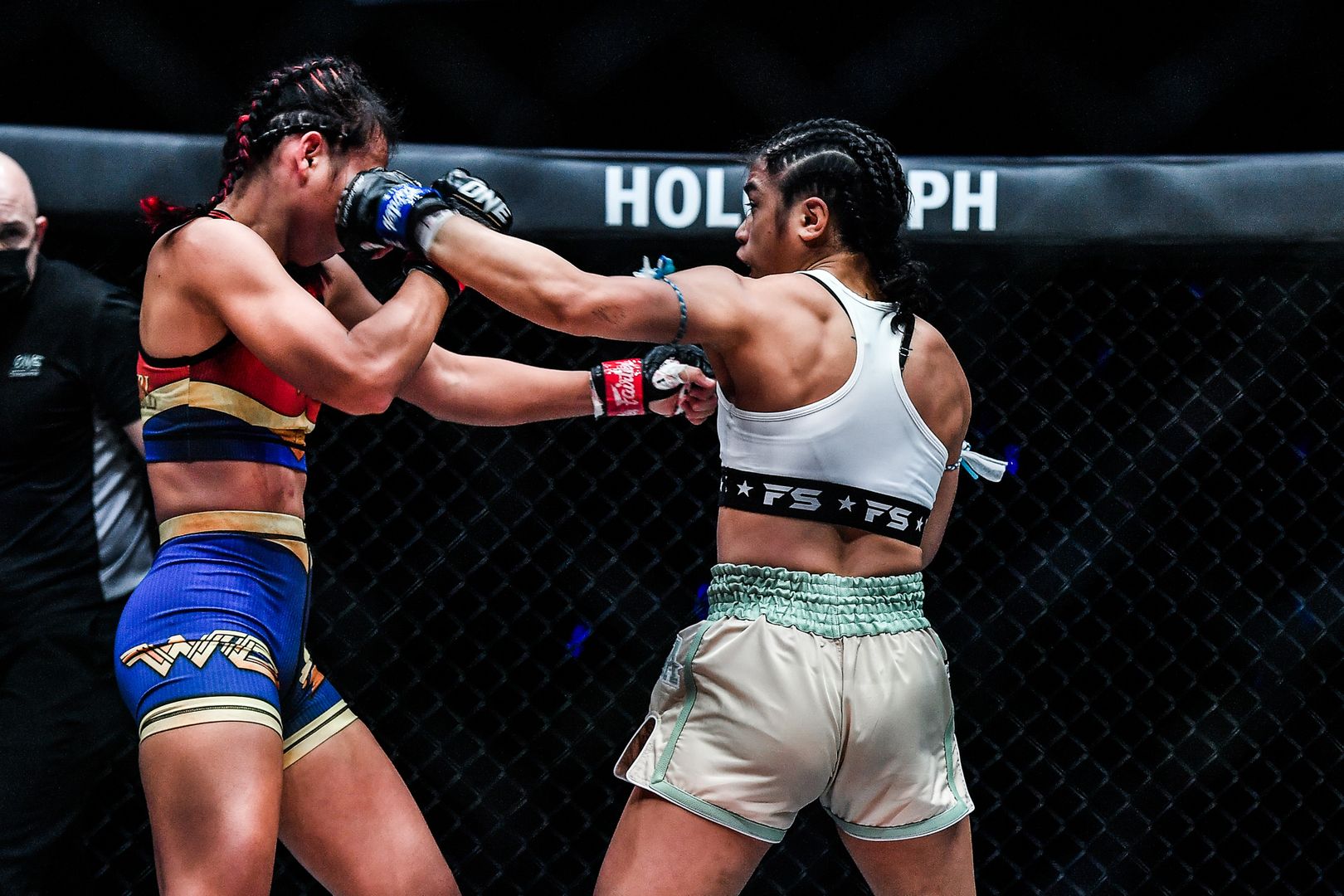 If the two-time Thailand Muay Thai Champion wanted to take anything from this bout, she had to find another gear in round three, but it didn’t come.

Despite Wondergirl walking carefully forward, Buntan’s boxing continued to steal the show as she hit and moved, scoring damage while carefully gliding away from her opponent’s strikes. The American added some double-tap left kicks to her output to finish strong and cruise to the victory.

After three rounds, Buntan earned her first win on the global stage by unanimous decision and pushed her record to 21-6. 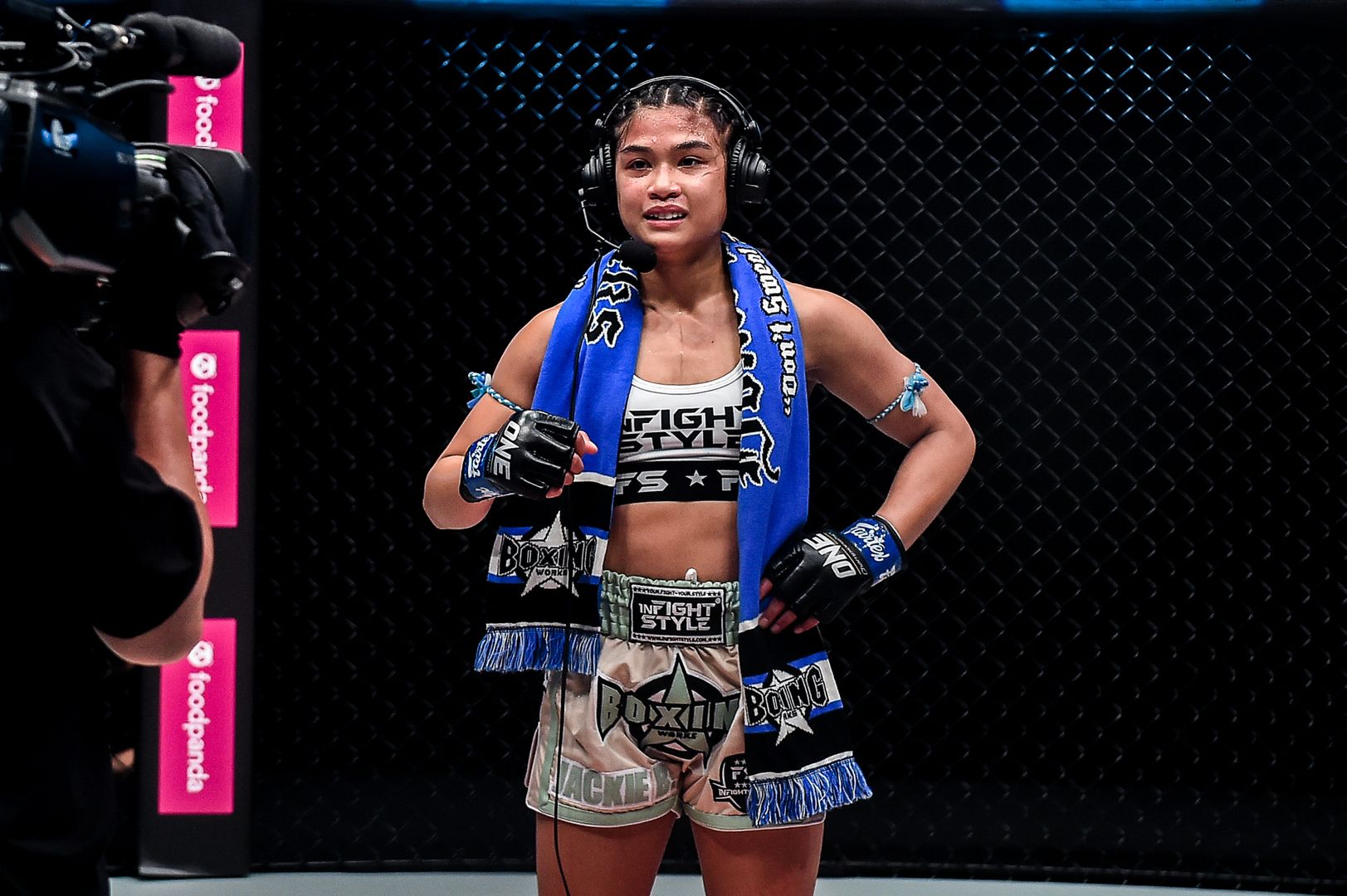 The strong performance could put the Boxing Works athlete on track for a shot at the inaugural ONE Women’s Strawweight Muay Thai World Title in the future.