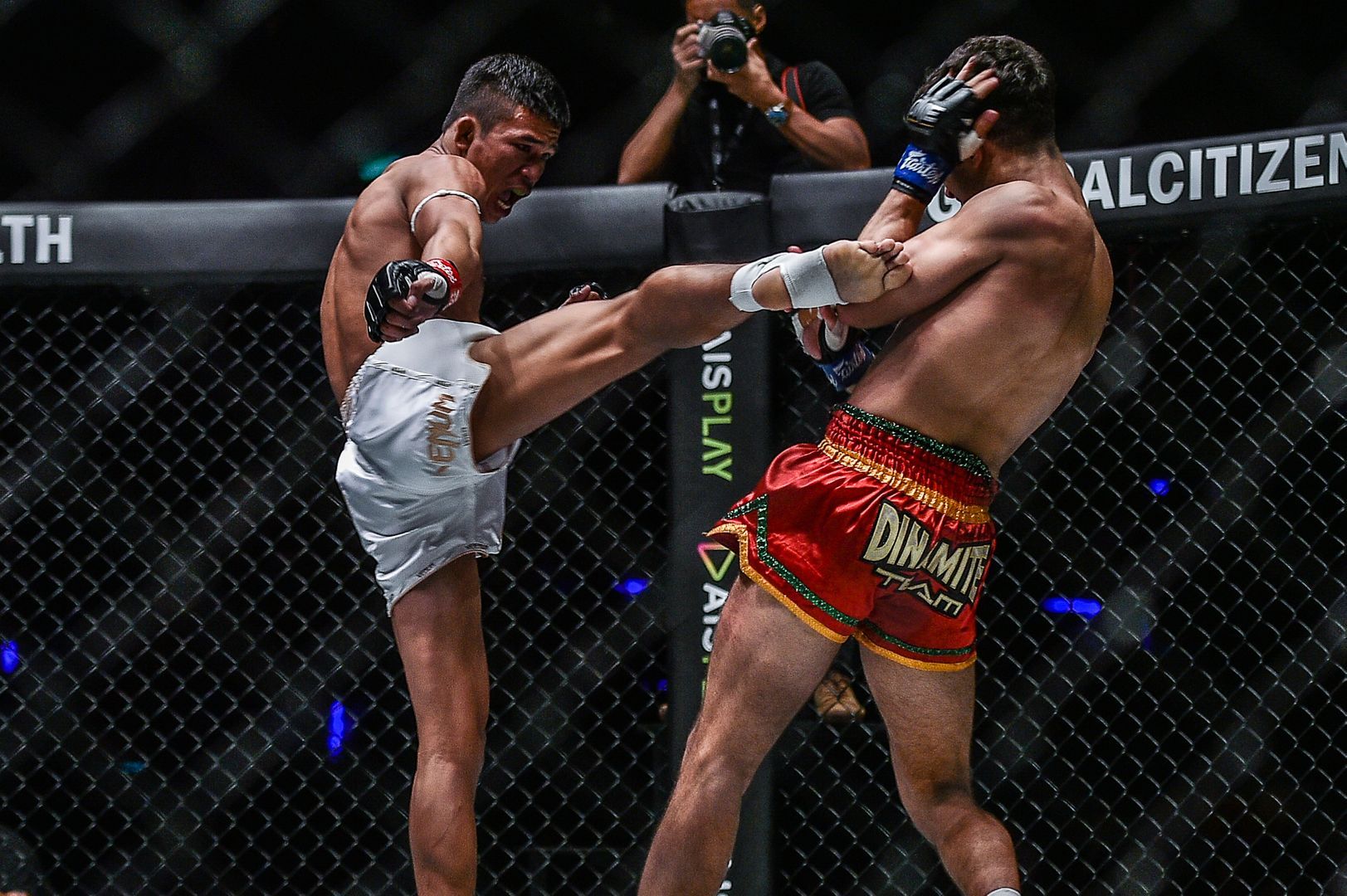 Superlek “The Kicking Machine” Kiatmoo9 unleashed a full arsenal of sensational strikes to score a stunning win at home in Bangkok, Thailand at ONE: WARRIORS OF LIGHT

On Friday, 10 May, the two-time Lumpinee Stadium Muay Thai World Champion captured a unanimous decision victory over Portugal’s Rui Botelho at the Impact Arena at the end of a thrilling ONE Super Series flyweight clash.

Superlek puts on a STUNNING display of Muay Thai against Rui Botelho to score a unanimous decision win!

Superlek puts on a STUNNING display of Muay Thai against Rui Botelho to score a unanimous decision win!Watch the full event on the ONE Super App ???? http://bit.ly/ONESuperApp | TV: Check local listings for global broadcast

The 23-year-old flyweight phenom started out with a series of thumping kicks to his Portuguese opponent before he switched things up and scored a knockdown with a beautiful overhand elbow.

All that came in the opening 35 seconds, as the WKA European Champion simply had no answer to the Thai in the opening stages of the contest. He tried to use his footwork to buy himself some time to regroup, but Superlek’s pace was relentless, and more powerful kicks were followed by big punches and additional elbows.

Botelho came out swinging at the start of the second round, but was met by a barrage of elbows and kicks from the Thai star. Every Superlek strike was cheered to the rafters by the Bangkok crowd as the Kiatmoo9-trained athlete continued to dominate the action with sharper, more powerful strikes. 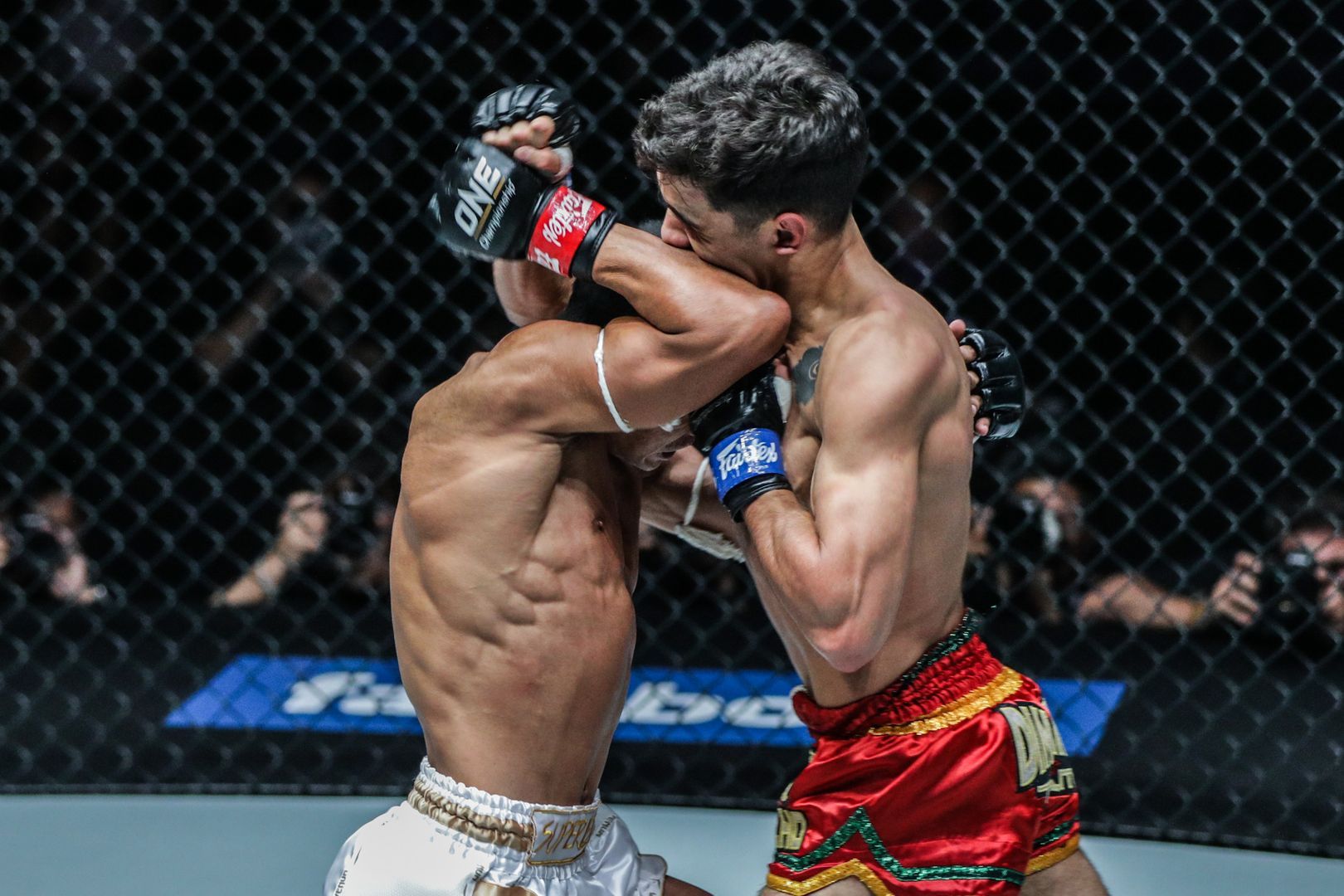 Botelho gamely attempted to battle back but was dumped to the canvas. When he hesitated for a split-second on his return to his feet, he was waved forward by the confident Thai, who grinned his way through the final exchanges of the round and put an exclamation point on his dominance by throwing Botelho dismissively to the mat.

Superlek loaded up on his kicks to start the third round as he connected with a succession of powerful efforts. Once again, Botelho attempted to stand his ground, but he found himself on the receiving end of more stinging strikes as his rival extended his lead on the judges’ scorecards.

The Portuguese contender appeared to relish the challenge and offered a mid-round handshake to his opponent as he looked to fire back with strikes of his own. However, Superlek’s superior output, power, and speed kept him on the front foot for the remainder of the bout.

After the final bell, the pair embraced and showed respect to each other, but there was no doubt about the identity of the winner, as Superlek was awarded a unanimous decision.

The win improved the Buriram native’s record to 121-28-2 and gave him his second success on the global stage for martial arts, which could position him as one of the top contenders to face newly-crowned ONE Flyweight Muay Thai World Champion Jonathan “The General” Haggerty.