“The Terminator” Sunoto wants to turn his luck around in a hurry.

Just five weeks removed from his stunning defeat at the hands of Edward Kelly, the Indonesian bantamweight is looking to bounce back in a major way. On Saturday Night, 14 January, the hometown hero will battle Cambodia’s Chan Heng at ONE: QUEST FOR POWER, which emanates live from the Jakarta Convention Center.

“Fans can expect an even better me,” the 31-year-old states. “I grow better every fight, and my last fight taught me a lot of stuff. So this fight is where I will test those new skills and show them to my adopted hometown of Jakarta.”

Sunoto is one of many athletes who have been proudly representing the country of Indonesia. Raised in the Blora district of the Indonesian province Jawa Tengah, Sunoto was passionate about the martial arts ever since he was a child.

Though he practiced many disciplines when he was younger, such as taekwondo, he later shifted his focus to wushu and jiujitsu. He even became the WKF Indonesian Champion. That passion brought him from his small hometown to the nation’s capital.

“I have been doing martial arts since I was a little kid, but never got exposed to MMA until around 2011-2012,” he explains. “My current manager, Adri Kumara, and his team at that time brought me to Jakarta and kickstarted my MMA career.” 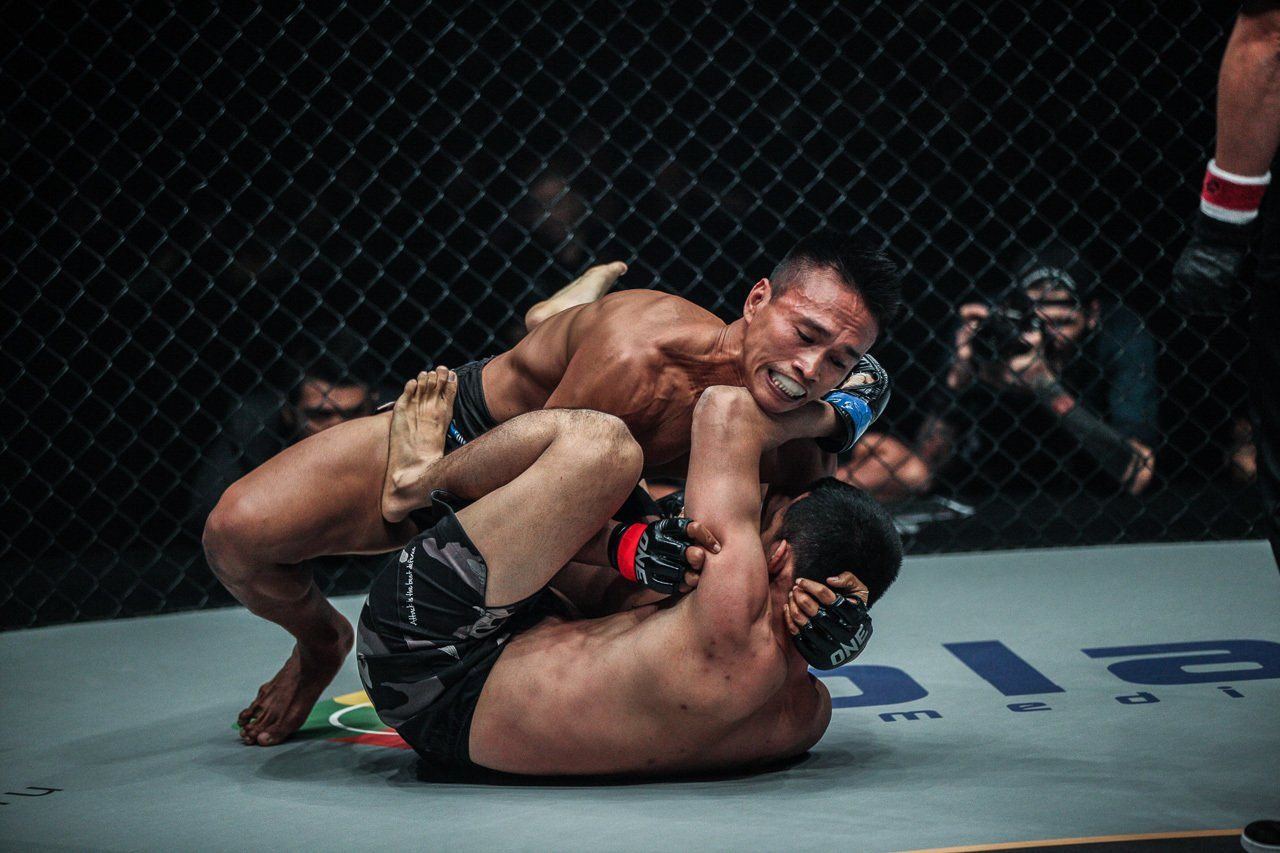 “The Terminator” began his MMA career on the local scene in 2013, and scored two victories before being picked up by ONE Championship two years later. He made his promotional debut that April at ONE: VALOR OF CHAMPIONS against Wang Ya Wei in a featherweight showdown, but lost by TKO in the third round.

While some fighters have the tendency to flounder once they make the jump to the big stage and become shellshocked under the bright lights, Sunoto has a great grasp on why that occurred. There were many factors that came into play.

“My team back then did not have a lot of sparring partners that could push me. If it was not for Professor Deddy Wigraha — an Indonesian BJJ pioneer — and my friend, fellow ONE fighter Eko Subandono, the fight might have went uglier,” he says. “But I managed to knock Wang Ya Wei down twice, if memory serves me right. Also, it was contested in a class way above my usual division.”

Since then, he has dropped to bantamweight, a more natural weight class for him, and won three of his last five contests, bringing his overall record to 5-3. “The Terminator” has created some memorable moments, such as his highlight-reel knockout over Burn Soriano last April, and his dominant rear-naked choke victory over Yohan Mulia Legowo last August.

“My skill and my fight IQ has developed a lot,” the Indonesian explains. “I can say that I gathered a lot of experiences from both my victories and losses to further develop me. Most probably because I dare to put it all on the table, [get] out of my comfort zone, train myself hard, and go out there to fight wherever it is.” 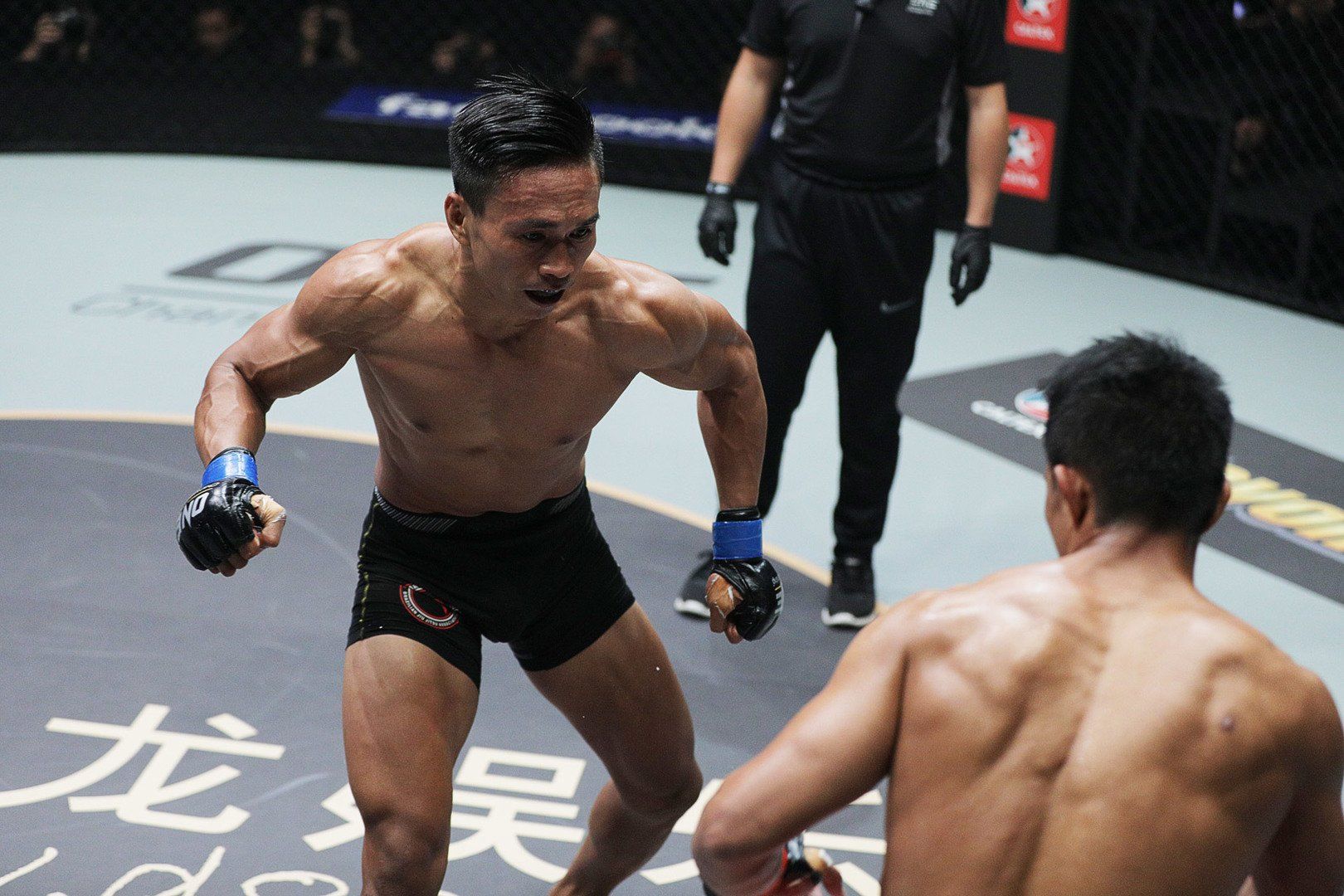 Although he planned to close 2016 on a clean sweep of wins, he fell short of that accomplishment this past December. In his last outing at ONE: AGE OF DOMINATION, Sunoto neutralized Edward Kelly with solid grappling and threatened him with a guillotine choke, but as the contest wore on, it slipped away from the Indo Gym standout and he lost by TKO in the third round.

There have been many who have doubted Sunoto over the years, but the Indonesian has proved, even in defeat, that he belongs in ONE Championship.

“A lot of people doubt me even today, but my track record says that I actually fit in on Asia’s biggest stage,” he says. “I beat two Indonesian opponents, I beat a very talented Filipino in their homeland, and even when I lost, I always brought the fight like how I did in my last fight against Edward Kelly.”

Sunoto will bring the fight to Chan Heng this coming weekend at ONE: QUEST FOR POWER, and after he gets the win, he hopes to fight three more times and become a title contender. He also has a few other longterm goals he would like to accomplish as well.

“My goal is to be a champion and inspire people,” the bantamweight states. “I know a lot of positives can come from martial arts, and I want to inspire people to do it. That is why I keep doing what I do. I hope to bring my family prosperity too.”