Indonesian hero Stefer “The Lion” Rahardian is determined to kick off his 2019 ONE Championship campaign with a highlight-reel win.

The 32-year-old will face his first test of the year in his hometown of Jakarta at ONE: ETERNAL GLORY on 19 January against Robin “The Ilonggo” Catalan.

The ONE Jakarta Flyweight Tournament Champion enjoyed a blistering start to his mixed martial arts career, including an undefeated run in his native land that lasted nearly three and a half years.

Rahardian is delighted he gets the chance to have his countrymen cheering him on inside the Istora Senayan and give him a boost as he attempts to renew his charge toward the top of the strawweight division.

“When I knew that I was scheduled to open 2019 in my hometown, Jakarta, I was very excited,” Rahardian says.

“It is always a great feeling to be in the cage in your own country.”

The Bali MMA representative’s next opponent should provide a stiff test.

Catalan is an IFMA Muay Thai World Champion, who also has a diverse and dangerous ground game – as he showed in his defeat of Adrian “Papua Badboy” Mattheis last July via heel hook.

Rahardian is aware of his rival’s capabilities, but he explains his training has prepared him to overcome any challenge – and not just the one in front of him.

Stefer Rahardian's BACK to wow the hometown crowd on 19 January!

Stefer Rahardian's BACK to wow the hometown crowd on 19 January!Jakarta | 19 January | 5:30PM | LIVE and FREE on the ONE Super App: http://bit.ly/ONESuperApp | TV: Check local listings for global broadcast | Tickets: http://bit.ly/oneglory19

“We have always been training to utilize all aspects needed in mixed martial arts, whoever the opponent is,” he says.

“We prepare ourselves to be in any type of position – good or bad, as we do not train based solely on our analysis of our opponent.

“However, I am familiar with his strengths, which are in his technique. He is one of the well-rounded athletes on ONE Championship’s roster.”

“The Lion” is a Brazilian Jiu-Jitsu specialist from the lineage of the legendary Carlson Gracie, which he has shown with five submissions from nine career wins so far – all of which came in the first round.

However, in recent contests, he has not been as aggressive, and that is something he wants to change at ONE: ETERNAL GLORY. Driven by the encouragement of his coaches, he is determined to get fans on their feet with a fast finish.

“They advised me to be more confident in my own abilities,” Rahardian says.

“A win means a lot for anyone, but winning after you perform well, as well as entertaining the audience, would mean a lot for me.

“I have always wanted to step into the cage to apply everything I have practiced and learned every day in Bali MMA.”

Though Catalan has a similar stoppage record with a pair of knockouts and three submissions across his eight wins, Rahardian has no fear getting caught thanks to his record of never being finished.

His only concerns are to battle hard, deliver an exciting bout, get his hand raised, and emerge with a clean bill of health. 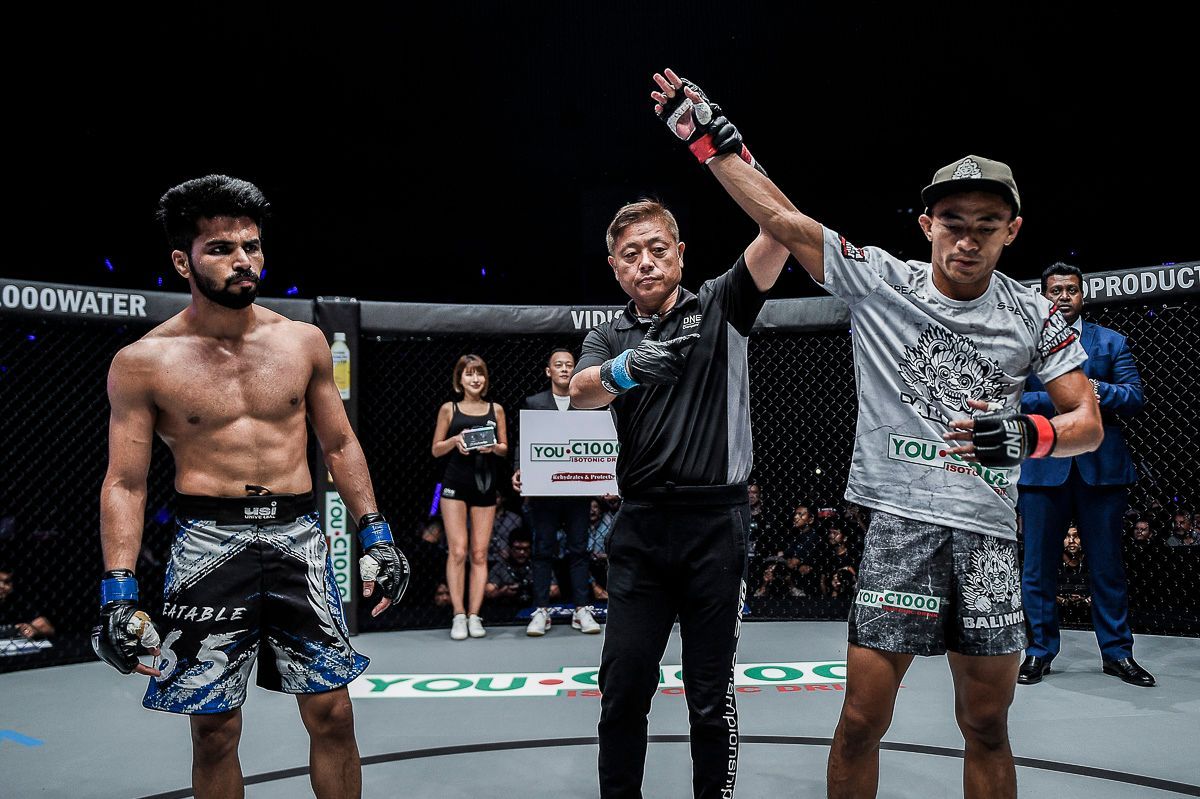 A minor knee injury after his last match in September kept “The Lion” out for action for the rest of 2018.

With that still fresh in his mind, he aims to get in and out of the cage as quickly as possible so he can return soon after and accelerate his rise toward World Title contention.

“I only hope to give and display my best game — without sustaining any injuries — to all my friends, coach, and audience,” he says.

“I thank God that I am not suffering from any injuries ahead of this match, and I hope to maintain this condition throughout this year.

“My only dream is to become a better person and a better fighter, while I continue to level up in ONE Championship.”