Stamp Fairtex has delivered some incredible performances since she moved into the mixed martial arts world.

The former kickboxing and Muay Thai queen has consistently shown her progress in the all-encompassing sport, and that will be crucial when she meets Julie Mezabarba in the ONE Women’s Atomweight World Grand Prix semifinals at ONE: NEXTGEN on Friday, 29 October.

Before Stamp tries to earn a spot in the tournament final, check out three of her most impressive MMA wins so far.

Stamp’s mixed martial arts debut came in “Rich Franklin’s ONE Warrior Series” (OWS) as she began her transition from the stand-up arts.

But while some athletes might start slow in a new sport, it only took one devastating strike to dispatch India’s Rashi Shinde at OWS 2 in July 2018.

The Fairtex athlete landed a hard low kick before going up top and wrapping her shin around Shinde’s jaw to score a TKO win after just 19 seconds of the opening frame.

Stamp didn’t get to showcase her complete skill set in that bout, but she definitely sent out a warning to her MMA peers on the global stage.

Following the impressive win, the rising superstar diverted course once again and struck gold in both Muay Thai and kickboxing. But it wasn’t long until she had the itch to compete in mixed martial arts again.

Stamp’s MMA return came at ONE: DREAMS OF GOLD in August 2019, as she took on a dangerous striker in Asha “Knockout Queen” Roka.

Despite her impressive run in the stand-up sports, it was clear the Pattaya resident had been planning for her reintroduction to mixed martial arts. She surprisingly dominated Roka on the canvas and ultimately finished her with a submission.

In round one, Stamp threw her foe to the mat and launched an aggressive ground-and-pound attack along with some submission attempts.

After battling in striking range throughout the second round, Stamp tripped “Knockout Queen” to the deck again in the third and took the mount to begin another ground offensive.

She hit Roka with punches until the Indian turned her back and then finished her with a rear-naked choke, proving that she didn’t just want to be a muay ying in MMA – but instead, a true mixed martial artist.

Stamp went on a hot streak inside the Circle, winning four fights in a row, and she was only derailed by a last-ditch submission at the hands of Alyona Rassohyna at ONE: UNBREAKABLE III.

The 23-year-old had dominated much of the bout until the Ukrainian snatched a guillotine choke at 4:53 of the third round.

However, the Fairtex fighter got a chance to redeem herself in the ONE Women’s Atomweight World Grand Prix quarterfinals at ONE: EMPOWER – and she didn’t let it go to waste.

That night in Singapore, Stamp put on her most mature performance to date, and the pair battled in every range for three rounds.

The Thai scored well on the feet, defended submission attempts on the ground, and even came close with her own rear-naked choke in round one.

She stayed composed despite a close armbar attempt in the final frame and then rallied her way to a split-decision victory with some hard ground-and-pound to close out the match.

Now that she’s redeemed herself against Rassohyna and found a new wave of momentum, Stamp is well-positioned to take on Mezabarba in an exciting tilt on 29 October. 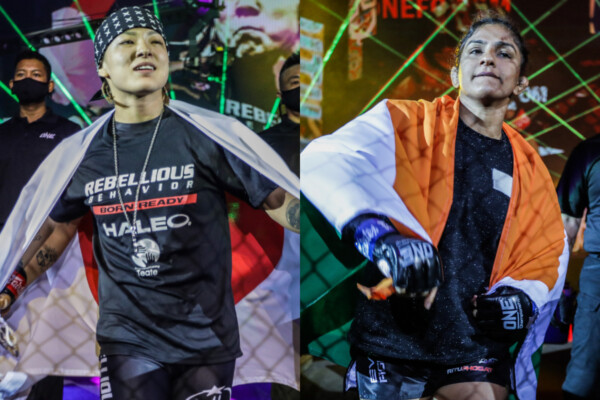 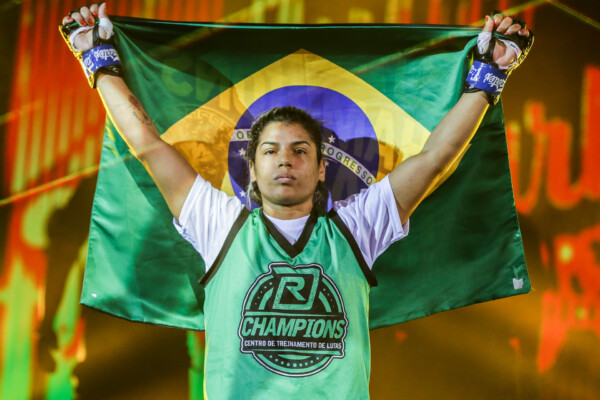 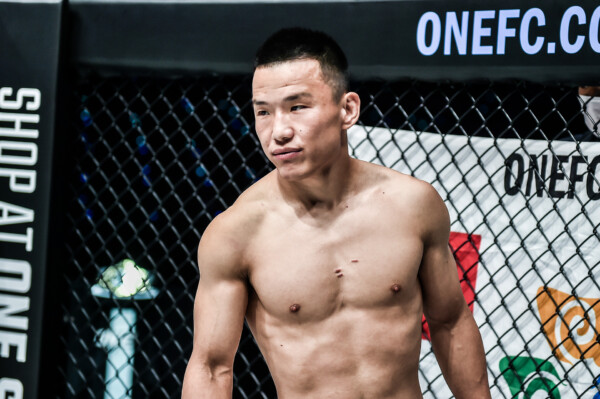