Evolve MMA has a slew of top-notch mixed martial artists within their stable, but one name that keeps getting brought up as “the next big thing” is Benedict Ang.

The undefeated Singaporean featherweight will take on fellow unbeaten prospect, Ahmed “The Wolverine” Mujtaba, at ONE: DEFENDING HONOR on Friday Night, 11 November, in front of a hometown crowd at the Singapore Indoor Stadium.

“He comes from a submission background, so I am guessing he is a grappler,” Ang says of his opponent. “I am not really bothered by him because I am not going to be able to control what he does. I am just focused on myself, bringing the best of me out there and putting on a fight.”

Mujtaba has built quite the name for himself over the past three years. The 23-year-old Pakistani holds a perfect 5-0 record with all of his fights ending in submission, including a tap out due to strikes. Along the way, he claimed the UGB Featherweight Title, as well as one gold, one silver, and two bronze medals in the Pakistan Grappling Championship.

Ang, a 20-year-old who puts a lot of pressure on his own shoulders, understands his opponent’s strengths, but is prepared for every situation. In fact, he has been visualizing the contest and already has a clear picture in his head as to how he will put away “The Wolverine.”

“I am not sure how good he is taking a punch, so I see myself hurting him in the first round,” Ang says. “And, if he does not go down, I will finish him in the second round.” 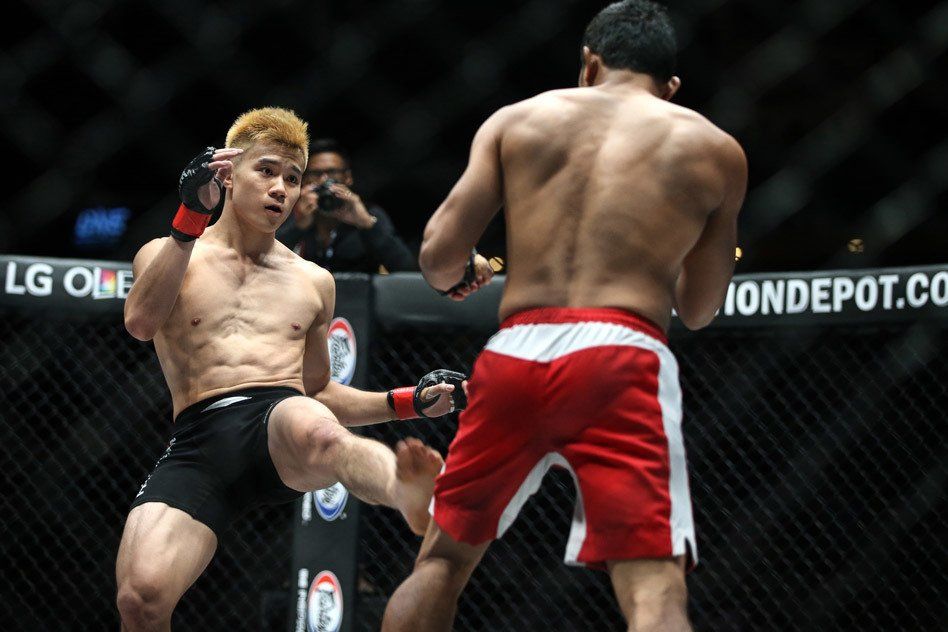 The Singaporean is confident in his skills, as he should be. He has a 3-0 record, with all of his professional bouts having been on the big stage in ONE Championship. Truth be told, it seems like Ang has always excelled in whatever he set out to do.

At the tender age of 17, Ang decided to take part in his first amateur outing. He was still in high school at the time and playing football on the Singapore National Team.

“When I first got started with Evolve MMA, I was just training as a normal student. I had no intention to fight,” he admits. “I was coming to class irregularly. My first MMA instructor, Eddie Ng, gave me tickets to his fight at ONE Championship and after that, I was ready to fight.

“I said, ‘Ok, I want to do this.’ I dedicated all my time into training. I made it a point to go to Evolve every single day and, when it was right, there was an amateur fight for me to take. Eddie thought I was ready, so I just went on with it and I never looked back since.”

Most kids his age were taking their schooling very seriously and looking to continue to find the career of their dreams. For Ang, he did not care what others thought when it came to his mixed martial arts training. In fact, many of his friends were very supportive. But others were shocked.

“All my regular friends were like, ‘Are you serious?’ At school you are used to getting into fights, but they did not think I was going to be so serious in it,” he explains. “All my close friends support me.

“As for my peers and my teachers, they were all quite shocked. They did not expect someone to be so into mixed martial arts. They thought [the way to go] would be to study well and get a diploma and have a safe career path.

“I believe at the end of the day I would regret it [if I did not take up the opportunity] because I am only young once, and I believe this is the time to do it.”

He racked up six amateur wins before turning professional, which is a big step for any mixed martial artist. When a fighter takes their career to the next level like that, a lot goes through their mind, especially when it comes to the talent they will be facing.

Ang feels no differently, but he has put even more pressure on himself. “He is just another man that breathes oxygen,” said Ang. “We are just two men, wanting the same thing.”

The Singaporean featherweight made a successful professional debut in May 2015 at ONE: WARRIOR’S QUEST, where he earned a unanimous decision win over Pakistan’s Waqar Umar. 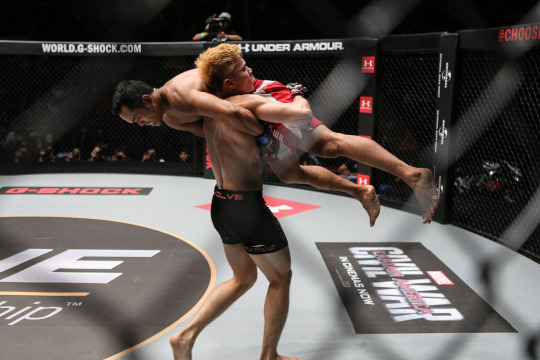 He followed that up with a TKO victory over Yohan Mulia Legowo at ONE: PRIDE OF LIONS later that November, and scored a second consecutive TKO against Jimmy Yabo at ONE: ASCENT TO POWER this past May.

“The finish I saw should have come in the first round. I just was not flowing or doing anything. I felt I was not there for my last fight.”

In that sense, Ang is a perfectionist. But his ambitions of championship gold may have to be put on hold. One of his training partners, Amir Khan, is currently enlisted in the Singapore National Service and Ang will be coming upon that time in 2017, as well.

So despite him being 3-0, and potentially 4-0 following this match, the title picture is not something he is thinking about for the upcoming calendar year. He does have a personal time frame for the title, but National Service comes first.

“In 2017, I will most likely have to serve my nation,” he says. “I will probably go for National Service for two years. During that time, I may be able to train, I may be able to fight, I may not. I really do not know, so right now I am not really focused on a title.

“I am just trying to get every single fight I can, fix my errors, and just keep improving. But the personal time frame I give myself is three years after I finish my National Service, that is when I believe I will be absolutely ready to become the champion.”

However, he has one more step to take, and that is his upcoming battle with “The Wolverine”.