Saygid “Dagi” Guseyn Arslanaliev knocked out Singapore’s own Amir Khan to earn the first spot in the ONE Lightweight World Grand Prix final.

At ONE: ENTER THE DRAGON on Friday, 17 May, the Turkish phenom unleashed a crushing salvo of punches to stop the Evolve product and secure the first-round victory.

Arslanaliev displayed his power from the opening bell inside the Singapore Indoor Stadium when he made his rival stumble with a hard low kick. From there, he punched his way into the clinch and looked to take the action to the canvas.

Khan resisted, but the 24-year-old Istanbul resident chained his wrestling attacks well and solidified a side control position on the ground, where he chipped away with short hammer fists and elbows.

The local hero created space to force a scramble, but “Dagi” took him for another ride to retain his top position. Khan did not accept it, however, and opened up a gap to return to his feet once again. 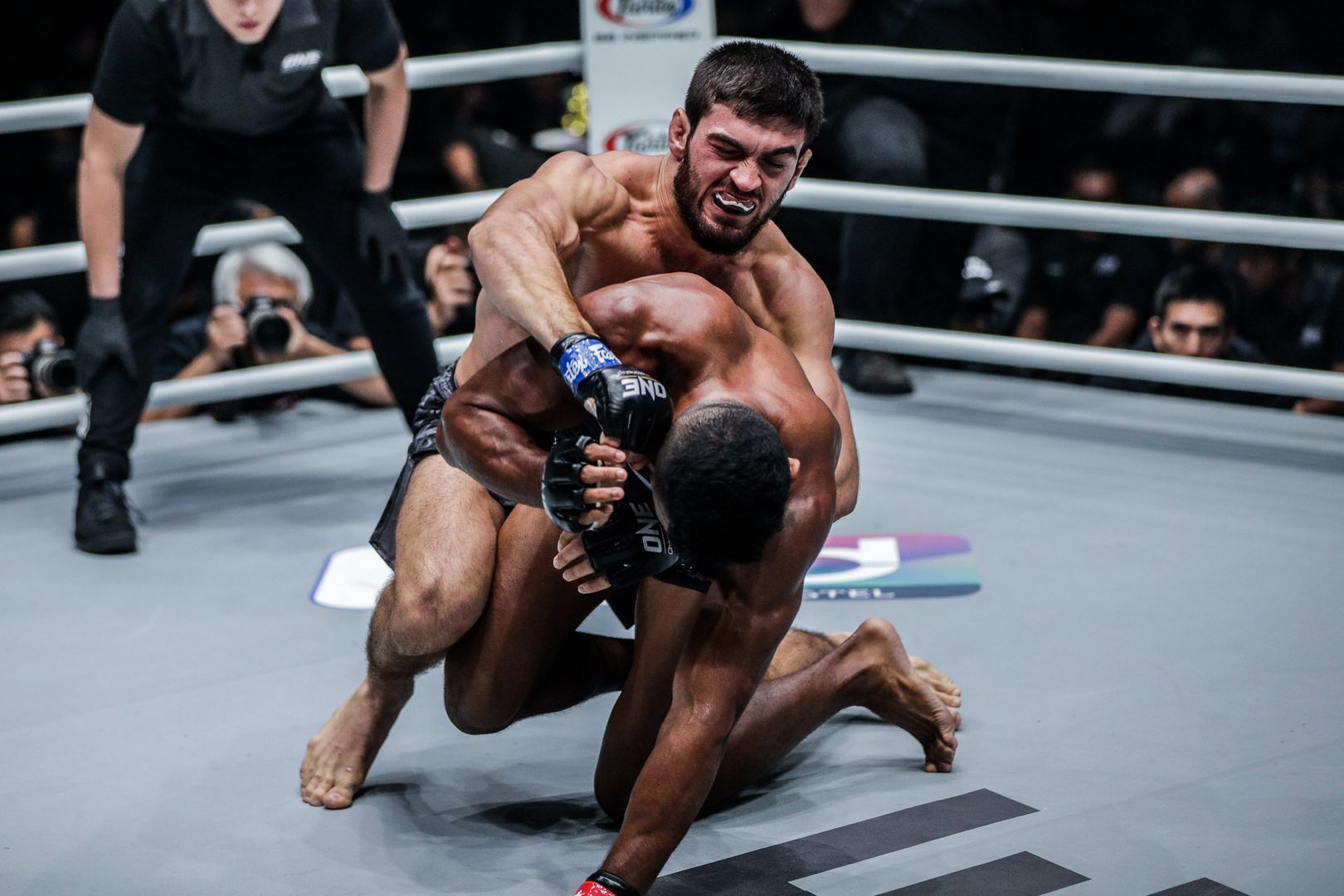 There was no respite in the stand-up exchanges for Khan, a natural Muay Thai stylist.

Arslanaliev charged forward with a jab-cross-high kick combination to push his adversary to the ropes. From there, he uncorked a punishing right hand, which rocked the hometown favorite.

As Khan reeled from the force of the blow, “Dagi” landed a pair of uppercuts that snapped his head back. A final left hook sealed the deal as the Singaporean dropped to the canvas.

The referee stopped the bout at the 2:56 mark of the opening stanza. Arslanaliev’s third straight knockout victory pushed his record to 8-1 and, most importantly, booked his place in the final of the ONE Lightweight World Grand Prix, where he will face the winner of the upcoming Timofey Nastyukhin and Lowen Tynanes semifinal contest.

With his 100 percent finishing rate and unrivaled momentum, it will be hard to look past the Turkish mixed martial arts pioneer.