The streaking flyweight finished multiple-time Filipino Kyokushin Karate Champion Ramon “The Bicolano” Gonzales with a rear-naked choke at 4:07 of the first round at ONE: INSIDE THE MATRIX II, which was previously recorded and aired on Friday, 6 November. 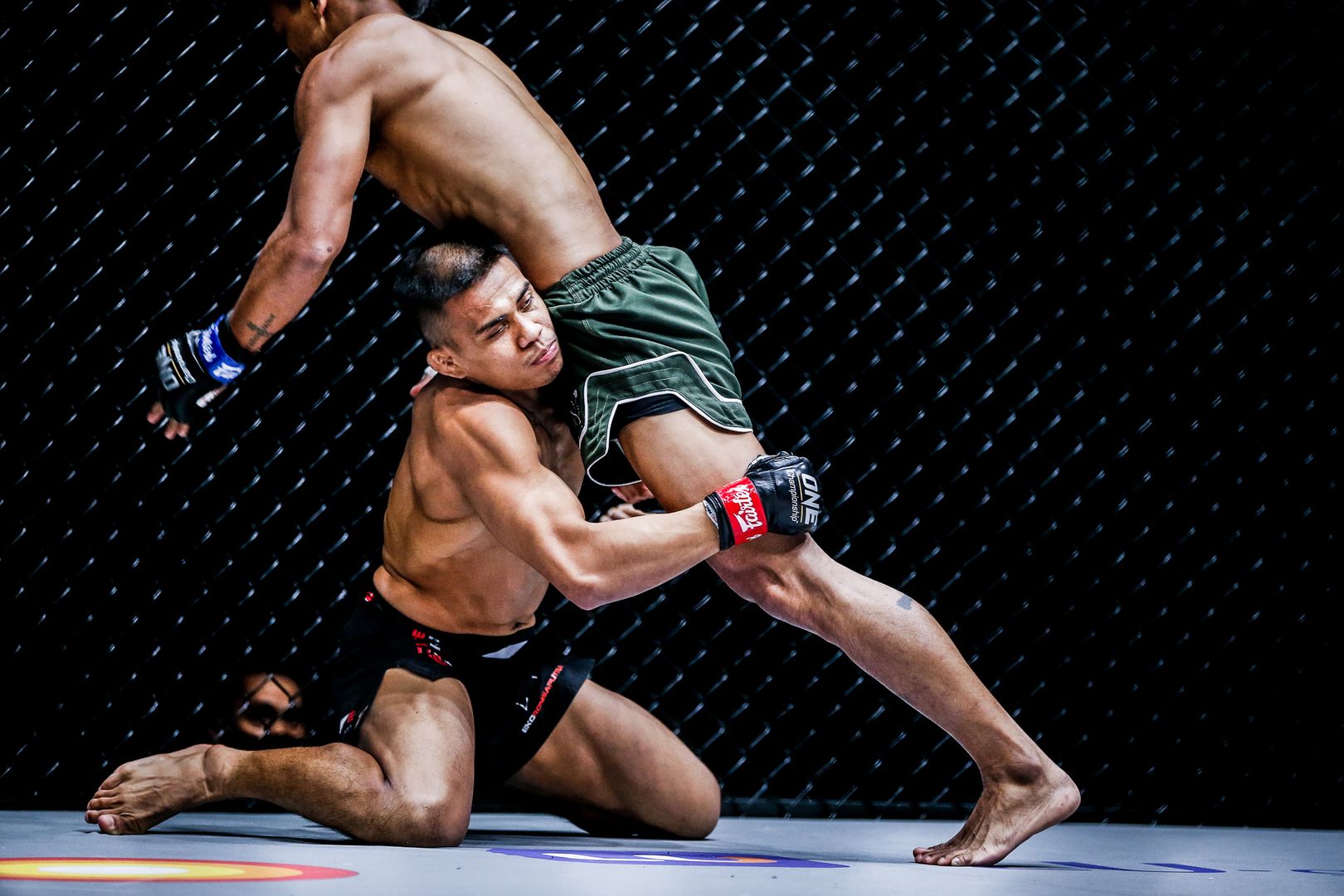 In the opening seconds, Saputra was forced to circle away from his foe as Gonzales steadily marched forward. However, the multiple-time Indonesian Wrestling Champion was quick to break that pressure by threatening with his wrestling ability.

“The Bicolano” defended the initial takedown attempt well, as Saptura came in from too far out and caught him with a quick right hand. But the Evolve athlete quickly adjusted, feinting to draw a reaction from Gonzales and then shooting underneath for a double-leg attempt.

Although the Kyokushin Fight Academy representative tried to stay upright, the Indonesian completed the takedown and began to work from his opponent’s half-guard. Gonzales nearly slipped out and took the back of the Indonesian wrestling star, but the expert-level grappling was simply too much to overcome. Once again, Saputra’s in-match adjustments were on display.

Intent on not losing position again, the Evolve product stayed heavy on his opponent. After a failed Americana, Saputra began to drop hard right hands and elbows onto his foe.

The Filipino felt the power of those ground-and-pound strikes and began to scramble, but that’s when he left the window of opportunity for Saputra to finish the contest.

The Indonesian seamlessly stepped over, took Gonzales’ back, and forced his left arm under the chin before applying a vice-like squeeze for the tap. The victory made it four in a row for Saputra – and with a perfect 100 percent finishing rate, the Indonesian star is quickly making a case to enter ONE’s Athlete Rankings.