ONE Championship’s stacked featherweight ranks are going to get a “Super” addition when Sage Northcutt returns to action in 2020.

Northcutt made his promotional debut at welterweight back in May 2019, but his comeback plan is to drop two divisions to chase gold in The Home Of Martial Arts.

“I’m so excited to get back. My last fight, when I first fought for ONE Championship, I actually went up [to welterweight] and that was a very big weight class for me. So, I’m going down and I’ll be competing at featherweight,” the 24-year-old American says.

“When I fought before [at lightweight and welterweight], I was always kind of over-eating trying to gain weight. Now, I’m just walking around at my natural weight.

At welterweight, the Evolve and Team Alpha Male representative had no issues with the scales where the weight class limit was 83.9 kilograms.

Fans might wonder how the hulking Texas native will handle the two-division drop to the featherweight limit of 70.3 kilograms, especially given ONE’s pioneering hydration-testing policy.

However, Northcutt is not worried, and he welcomes the safety measures that have been put in place.

“I think the hydration tests are very smart. From all the research I’ve studied up on, any kind of athlete – whatever sport they’re in – when they’re hydrated, they perform better,” he explains.

“There’s less [chance] of injury. I think it’s really cool. Having that to protect the fighters more is really great.” 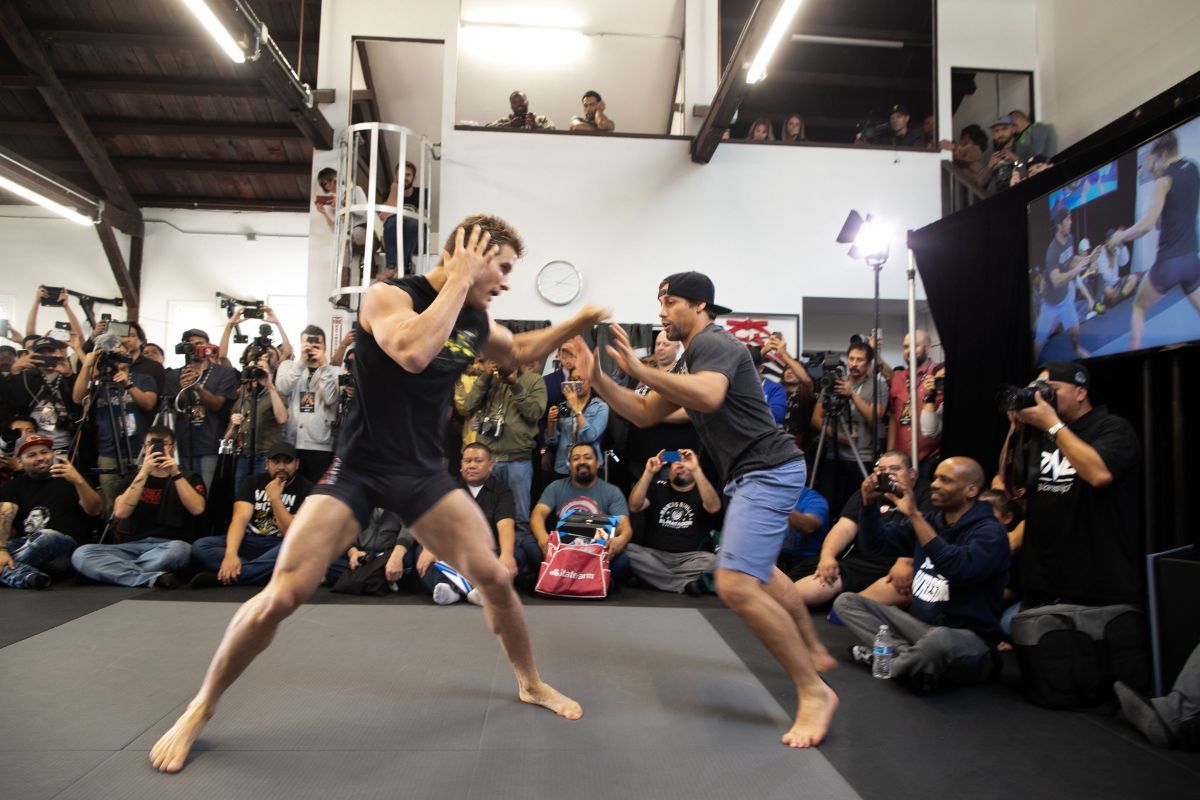 “Super” Sage has the luxury of time, as he is currently following local government mandates to stay at home during the COVID-19 pandemic.

The American is not letting it go to waste, however. He is working hard to finalize his rehabilitation, and preparing his mind and body for the long-awaited return.

“It can be hard. A lot of people always go through stuff that can be tough for them, but it’s your outlook on how you come out of it,” he offers.

“For me, I use it as motivation. I’m more pumped than ever to get stronger, and go back out there and perform better than ever.

“I’ve still been waiting on the doctors to give their approval to have full contact, but I’m doing what I can. I’m staying in shape. I’m staying ready, mentally. I’m more ready than I have ever been. I have more fire in my stomach to go out there and kill it.” 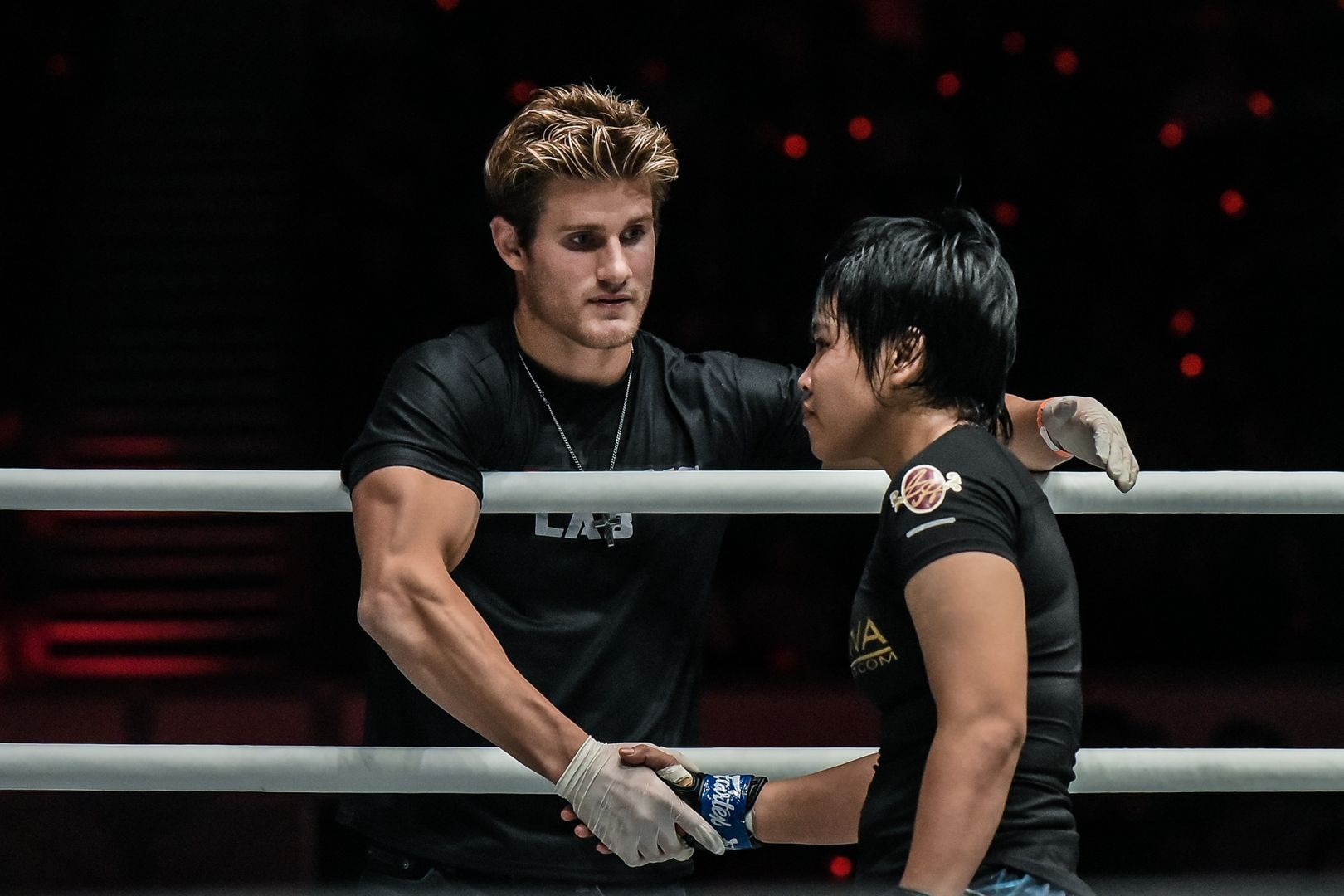 Looking ahead, Northcutt is not taking the competition lightly. The multiple-time Karate World Champion has spent his time getting acquainted with his future competition by watching tape of the world-class featherweights he will have to square off against in the Circle.

The Texan sees a lot of threats around him, and he knows the route to the top will not be easy. Yet, his goal remains the same.

“I want to be the champion – that’s still my goal. I’m definitely looking forward to getting back in there, but I’m not looking at anyone in particular for my return fight,” Northcutt explains.

“I’ve been watching so many videos for so many months now while I’ve been healing up. I’ve been looking at everybody, including Martin Nguyen. Obviously, he’s the champion. He’s impressive.

“I was watching the guys he’s fought against, too. It’s not really certain names that I’m picking out, it’s all the fighters that I’ve seen that are impressive.

“Like Mr. Chatri [Sityodtong, ONE Championship Chairman and CEO] says, they have some of the best skill sets in every different category. Whether it’s karate, kickboxing, wrestling, jiu-jitsu, or boxing, there are fighters from all around the world that have the best skill set at what they do.”

The American is fast approaching 12 months out of action, but it will not be for nothing.

Northcutt’s time away has given him the chance to add to his skill set in a way that is not always possible during the grinding training camps, so he feels like he will have a lot more to offer when he can finally strap on the four-ounce mixed martial arts gloves again.

He is adamant that when he makes his featherweight debut, not only will fans see a revitalized “Super” Sage, but they will also see a more dominant athlete in action.

“I have a lot of techniques that I’ve never really used before. I became comfortable using certain techniques and a certain kind of style, but I actually have so many different styles that I’m able to use that I never actually incorporated them,” he reveals.

“I learned so much from my last fight that I am definitely expecting a different Sage out there. It’ll be more exciting than ever, and I plan to go out there and be dominant.”