Channel 7 Stadium Muay Thai World Champion Rodlek PK.Saenchaimuaythaigym wanted to entertain the fans in his ONE Championship debut, and he accomplished that goal on Saturday, 15 June.

The Bangkok native went the distance with eight-time Muay Thai World Champion Liam “Hitman” Harrison in a blistering ONE Super Series Muay Thai bantamweight contest to open up the main card of ONE: LEGENDARY QUEST.

Following three rounds of fast-paced action inside the Baoshan Arena in Shanghai, China, Rodlek left the ring with a unanimous decision victory.

Harrison made his game plan clear from the opening round, as he stuck his jab in the PK.Saenchaimuaythaigym representative’s face and then whipped powerful low kicks into his thigh.

The Thai fired back with a fierce combination that ended with a leg kick, which took the Englishman off his feet for a real confidence boost.

As “Hitman” continued his assault on the legs, the Bangkok resident attacked with hard boxing combinations to the Brit’s head and — in the 4-ounce mixed martial arts gloves — the damage came quickly. 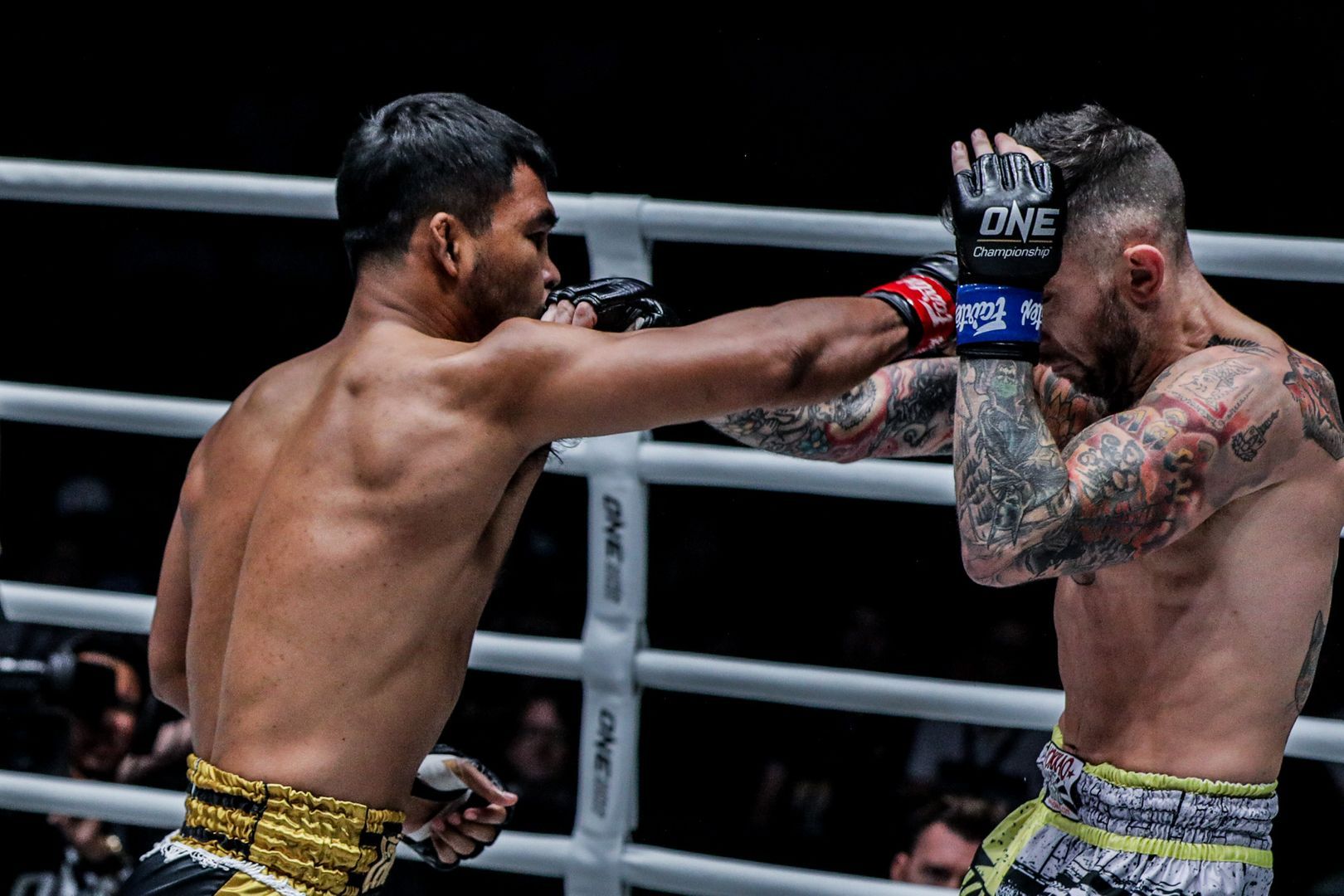 Rodlek continued to take aim with his punches in the second stanza.

Harrison tried to slow him down by doubling, and even tripling, his rapid low kicks to the outside of the thigh, but the Thai was not deterred. He even beckoned his English adversary on.

The 29-year-old Bangkok warrior landed a right hand behind the ear, which sent the European to the canvas. He dialed up the intensity in the hopes of securing a finish, but Harrison showed his durability to stay in the match-up despite the oncoming pressure. 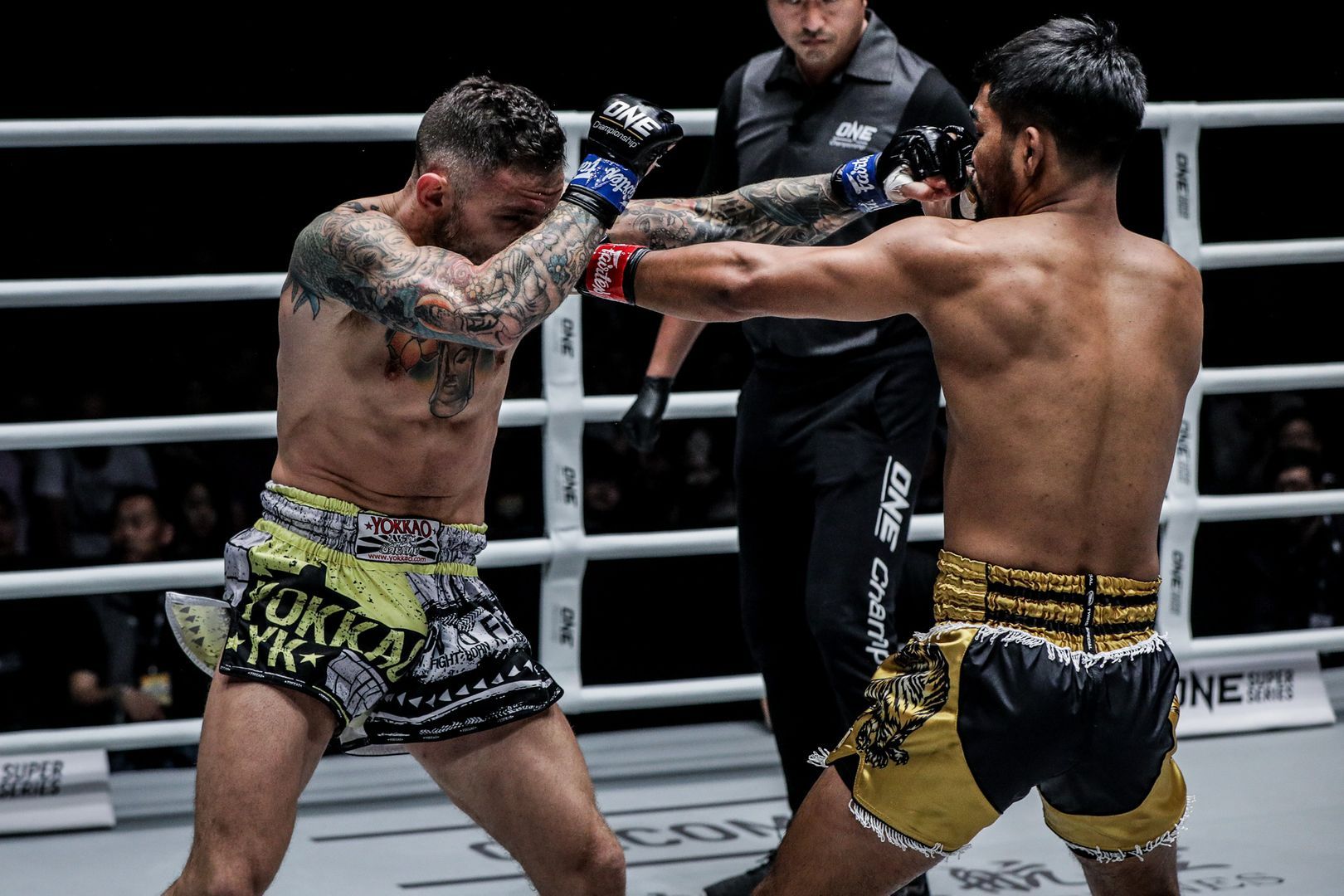 After surviving a torrid second frame, “Hitman” came out with fresh intent in the third and began to land more of his own combinations with his hands.

Rodlek switched stances to try and avoid any more punishment on his left leg, but Harrison still found a home for his kicks.

An uppercut-left hook wobbled the PK.Saenchaimuaythaigym representative, but he simply raised his arms in the air and called for Harrison to engage in a firefight. The 33-year-old obliged, and a late superman elbow damaged the top of the Thai warrior’s head.

Both men threw hard punches to see out the final seconds of the contest. Harrison finished strong, but Rodlek’s early work was enough to get him the unanimous decision victory.

The Thai lifts his record to 126-40-5, and he immediately marks himself as a contender in the bantamweight division.