After falling short in her last battle in March, the 29-year-old Thai superstar made a major statement at ONE: KINGDOM OF HEROES.

In front of a hometown crowd at the Impact Arena in Bangkok, Thailand, she defeated two-time Myanmar National Boxing Champion Bozhena Antoniyar via TKO in the first round of their atomweight clash.

Rika Ishige sends Bangkok into a frenzy with a ground-and-pound TKO of Bozhena Antoniyar at 2:48 of Round 1!

Rika "Tiny Doll" Ishige / ริกะ อิชิเกะ sends Bangkok into a frenzy with a ground-and-pound TKO of Bozhena Antoniyar at 2:48 of Round 1!Watch the full event LIVE & FREE on the ONE Super App ???? http://bit.ly/ONESuperApp | TV: Check local listings for global broadcast

The contest began with the Myanmar striker looking to unload with her hands. She threw her wild swinging hooks and straights, showing absolutely no respect for Ishige’s stand-up game.

Bozhena Antoniyar, who set a ONE Championship record for the fastest finish in women’s atomweight history with a 24-second TKO in February, looked to replicate her success early.

However, the Thai’s chin held up just long enough for the momentum to swing in her favor.

Though “Tiny Doll” got rocked on multiple occasions, she hung tough and smiled in the face of adversity. With a huge grin, she swooped into the clinch and secured a body lock. 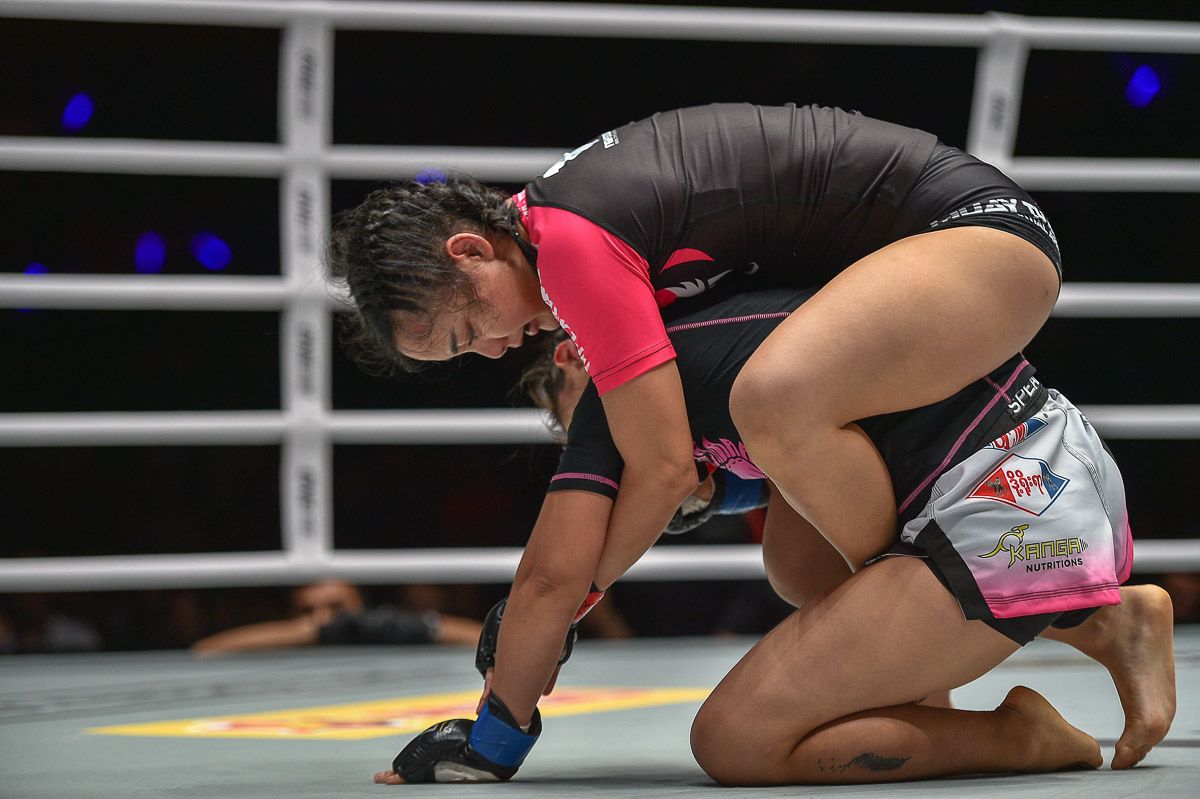 An outside leg trip brought Bozhena Antoniyar to the ground, where she was less effective with her offense. The Bangkok hero swiftly moved into side control, and then eventually into full mount.

After connecting with a pair of punches from the top position, Ishige was able to take the Bali MMA representative’s back, who turned away from the strikes.

Ishige momentarily threatened with a rear-naked choke, but after flattening out the Myanmar striker, she unleashed a relentless torrent of elbows and punches to force referee Yuji Shimada to call a halt to the contest.

The official finish came at 2:48 of round one. 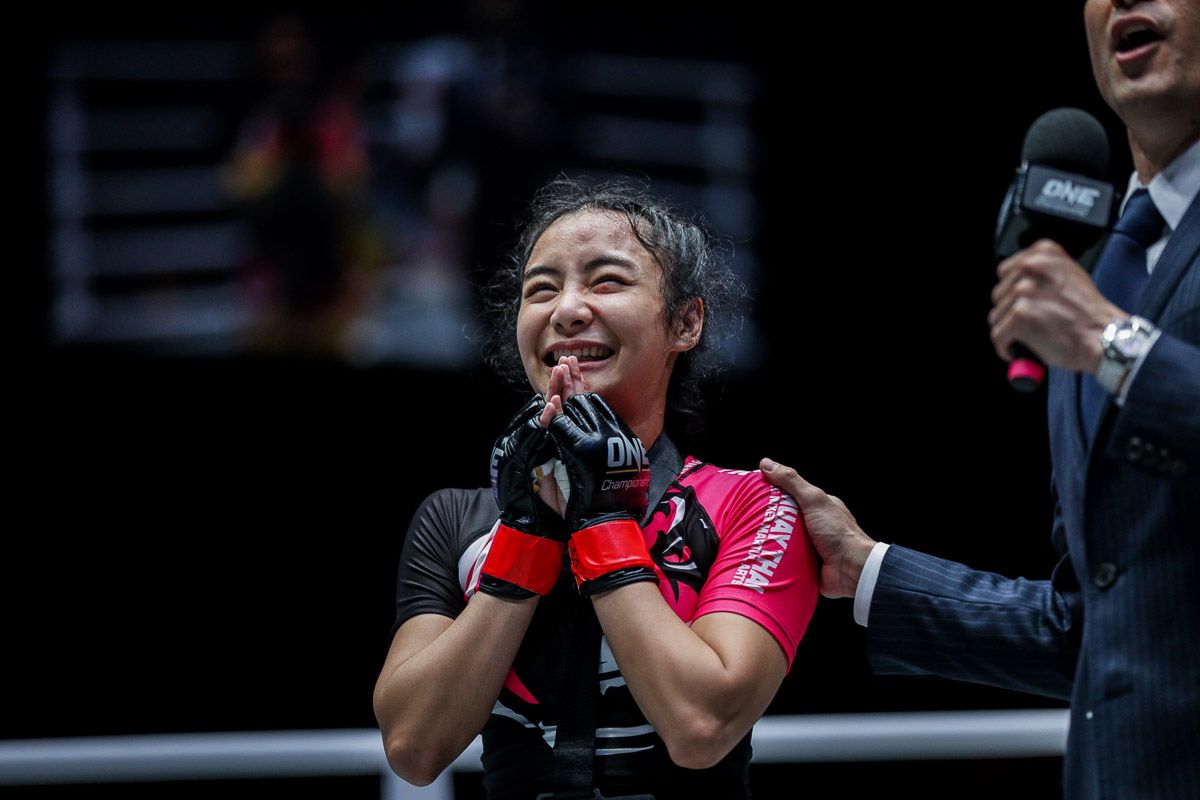 “I will keep working harder, and keep improving,” she said to Mitch Chilson. “I vow to become Thailand’s first ever mixed martial arts World Champion in ONE Championship. That is my goal.”

In victory, Ishige set the record for the most finishes in the ONE women’s atomweight division with four. Also, she tied fellow contender Priscilla Hertati Lumban Gaol and the division’s reigning queen “Unstoppable” Angela Lee for the most wins in the weight class with four.