Rene “The Challenger” Catalan may have gotten a late start to his career in ONE Championship, but recently, he has been turning into a potential strawweight contender.

On Friday, 18 August, the 38-year-old Filipino outworked Chinese wrestler Bu Huo You Ga over three rounds to earn the unanimous decision victory.  It is the former Wushu world champion’s third consecutive victory, and took place in the opening bout of ONE: QUEST FOR GREATNESS at the Stadium Negara in Kuala Lumpur, Malaysia. 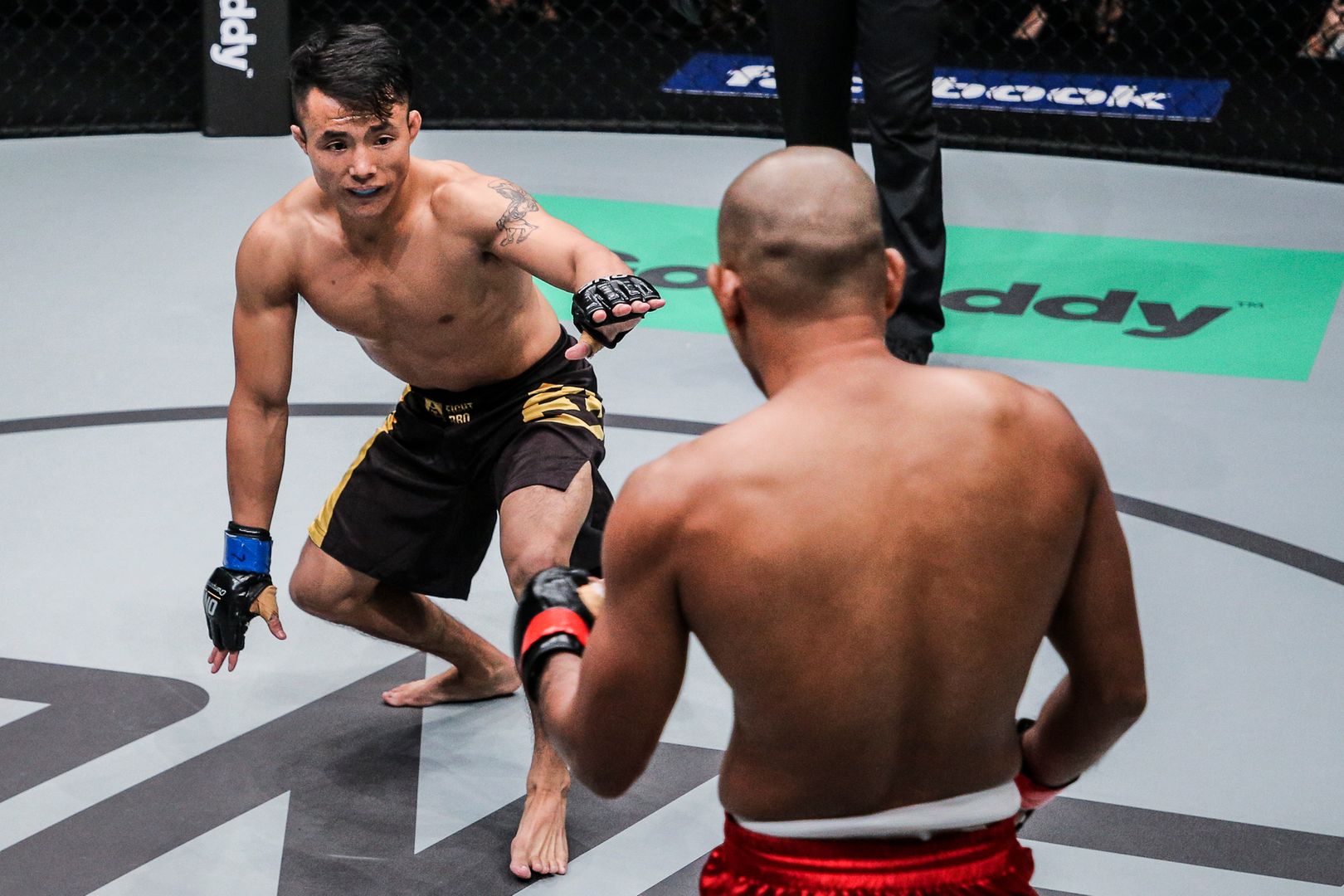 As the match got underway, Bu Huo You Ga came out with a spider-like crawl across the cage, but Catalan did not get distracted one bit by the unorthodox approach from the Chinese Greco-Roman Wrestling Champion.

In response, as Bu Huo You Ga got back to his feet, Catalan fired a perfectly-timed left hand straight down the middle, blasting his opponent and sending him tumbling to the mat.

Catalan followed Bu Huo You Ga to the ground, where he started to apply a strong ground and pound attack, but the 25-year-old Chinese composed himself before exploding out of the bottom to reverse positions. 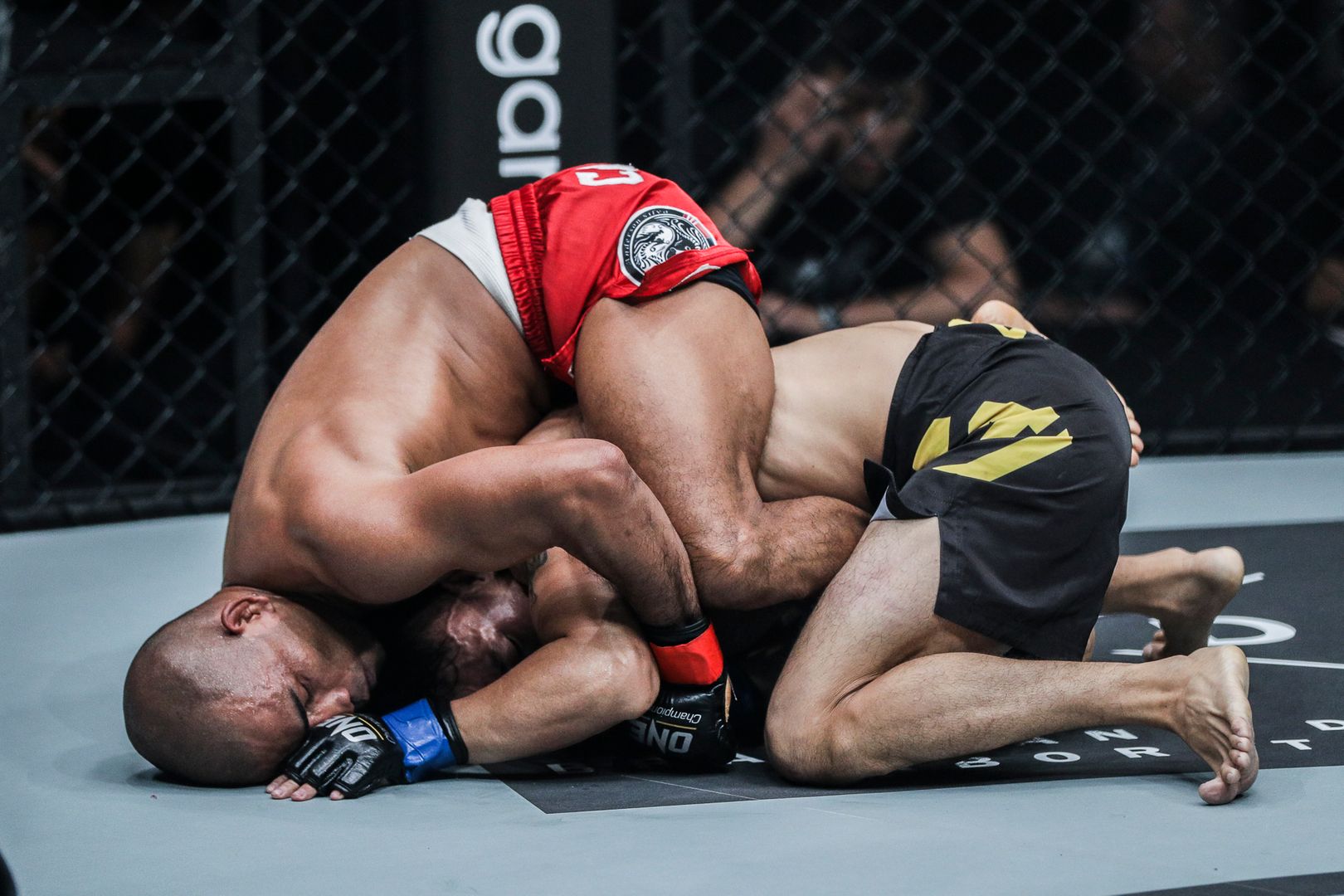 Bu Huo You Ga was methodical with his attack, even nearly locking up a north-south choke, but he gave up his body control and allowed Catalan to flip over to get back on top again.

As the second round got underway, Bu Huo You Ga quickly shot in for a beautiful double leg takedown that planted his Filipino rival on the canvas. While Bu Huo You Ga was on top, Catalan did an outstanding job throwing short elbows from the bottom, forcing his opponent to stay in constant motion to avoid taking any serious damage.

Much like the previous exchanges on the ground, the two continuously reversed positions, with each one landing on top in an attempt to impose dominance. Eventually, the Chinese grappler got back on top as he looked for short, powerful punches while burying his head into Catalan’s chest as time ticked away in the round. It appeared that the first 10 minutes had started to wear on Bu Huo You Ga in the third round, with Catalan cracking him with several stinging leg kicks. Bu Huo You Ga finally rushed forward to look for the takedown, but the Wushu world champion defended well before the two athletes locked up in the clinch.

Bu Huo You Ga finally got underneath a leg to drag the match to the ground, but unfortunately, he did not have good control. The Filipino reversed the takedown to land on top once they hit the mat. Catalan ended up moving into full mount before looking to take the back, but the Chinese competitor used his Greco-Roman Wrestling expertise to wiggle free and completely flip positions yet again.

The back-and-forth battle ended with Bu Huo You Ga attempting to wail away with strikes from the top, but the final bell sounded before he could land anything significant. 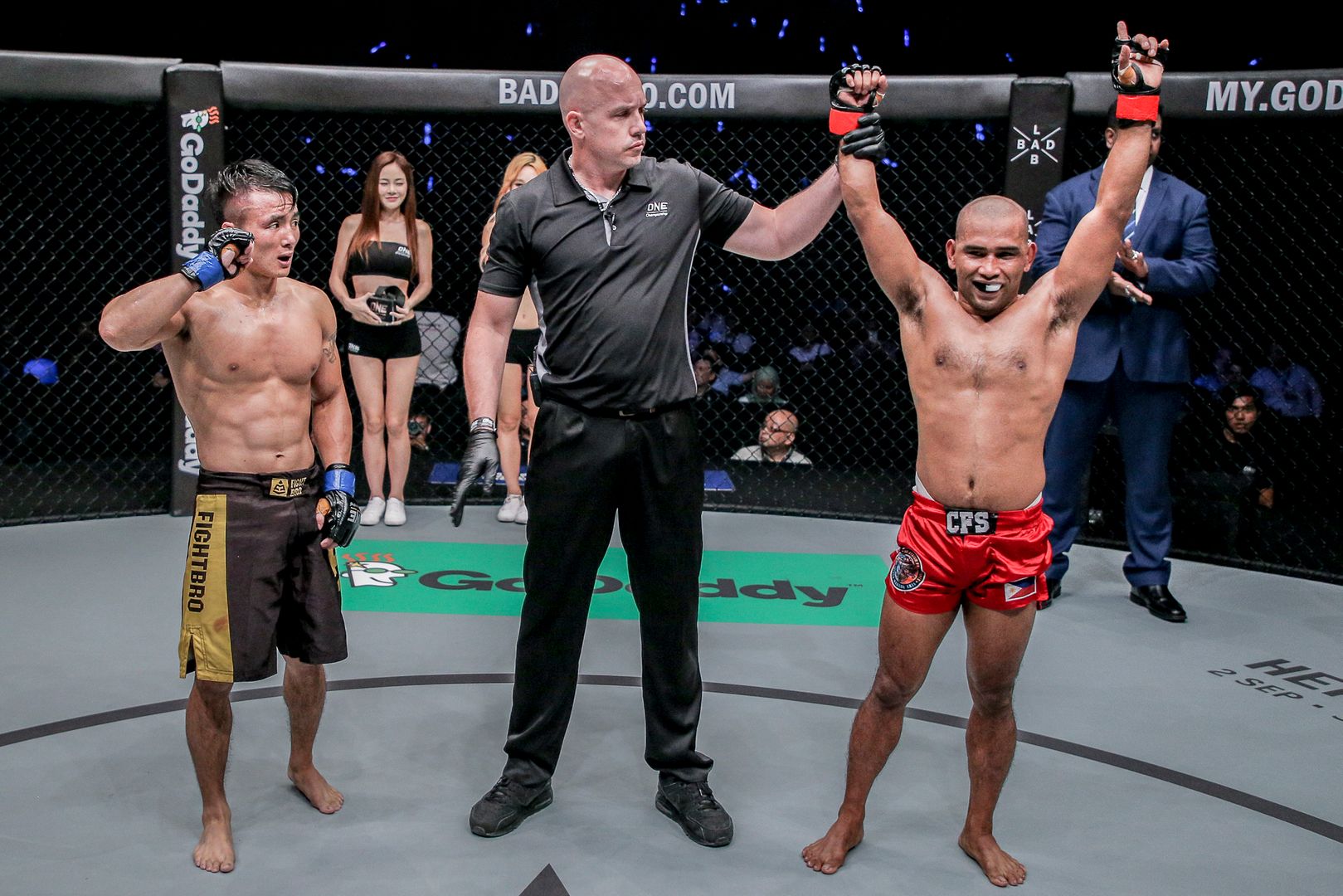 When it was over, the judges all agreed that Catalan deserved the nod, and awarded him the unanimous decision victory. The win moves his professional record to 3-2 (1 NC) and now, he has won three in a row. Bu Huo You Ga drops to 4-3.

It was a good start to the night for Catalan, who is acting as both competitor and coach for his younger brother Robin, who engaged in a strawweight bout later on the same card.