India’s Puja “The Cyclone” Tomar is on the hunt for a knockout when she returns to ONE Championship to face Priscilla Hertati Lumban Gaol.

The Indian mixed martial arts pioneer will be up against a hometown favorite in Jakarta, Indonesia at ONE: ETERNAL GLORY on Saturday, 19 January, but she believes she can silence the crowd with a superb striking display.

The 25-year-old will make her third appearance in The Home Of Martial Arts at the Istora Senayan, and she says she can shine like never before.

“I want to come back as a new Puja Tomar,” she states. 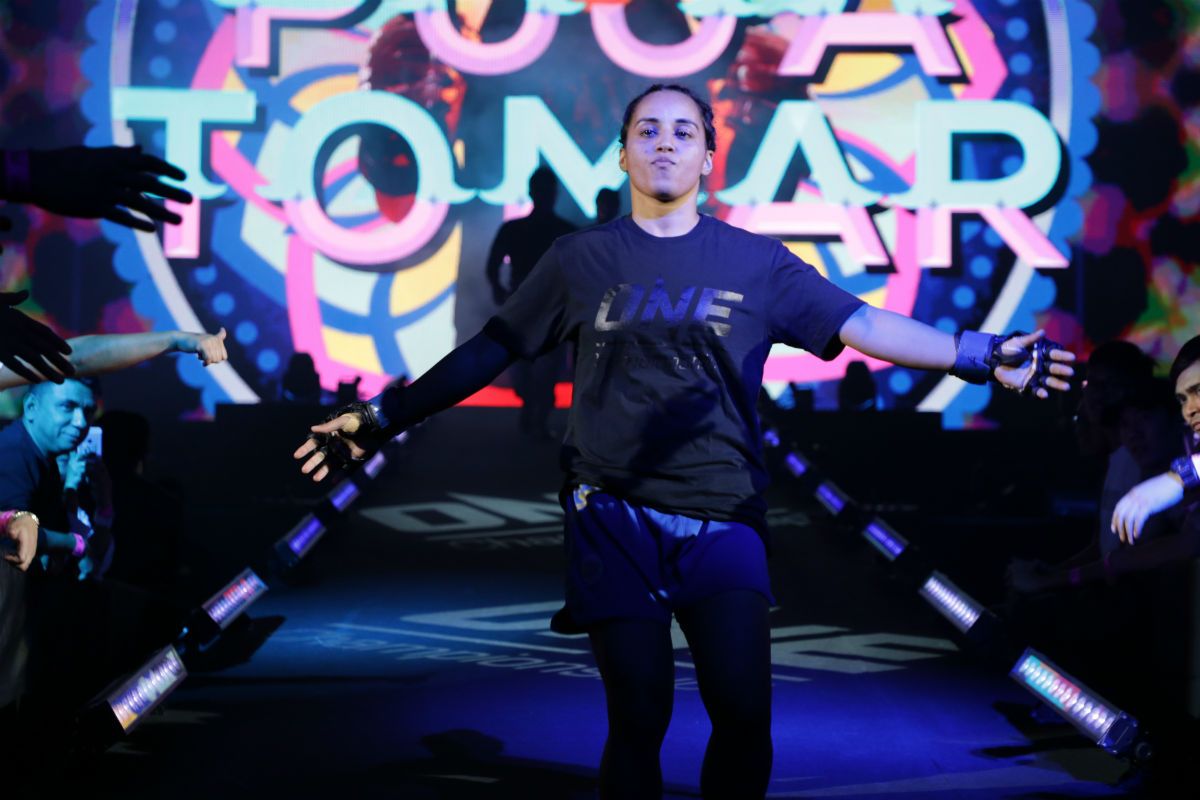 Tomar is an elite stand-up martial artist with five Indian national wushu championships to her credit. Her striking skills have carried over to the cage, where she scored three knockout victories in her first four outings.

However, the Indian athlete has found it difficult to land a finishing blow against some of the most talented athletes in the world’s largest martial arts organization.

The step-up in competition was stark when she started her run on the global stage against Tiffany “No Chill” Teo and Jihin “Shadow Cat” Radzuan, but “The Cyclone” has now had the time to acclimatize.

“I realized that I am not fighting in a small promotion. In ONE, you will face hard competitors,” Tomar says.

Following her first two matches in the organization, the Indian has made marked improvements to her grappling game.

In the 10 months since she last competed, Tomar has worked tirelessly to evolve to the point where she feels confident of derailing the momentum of one of last year’s top performers. 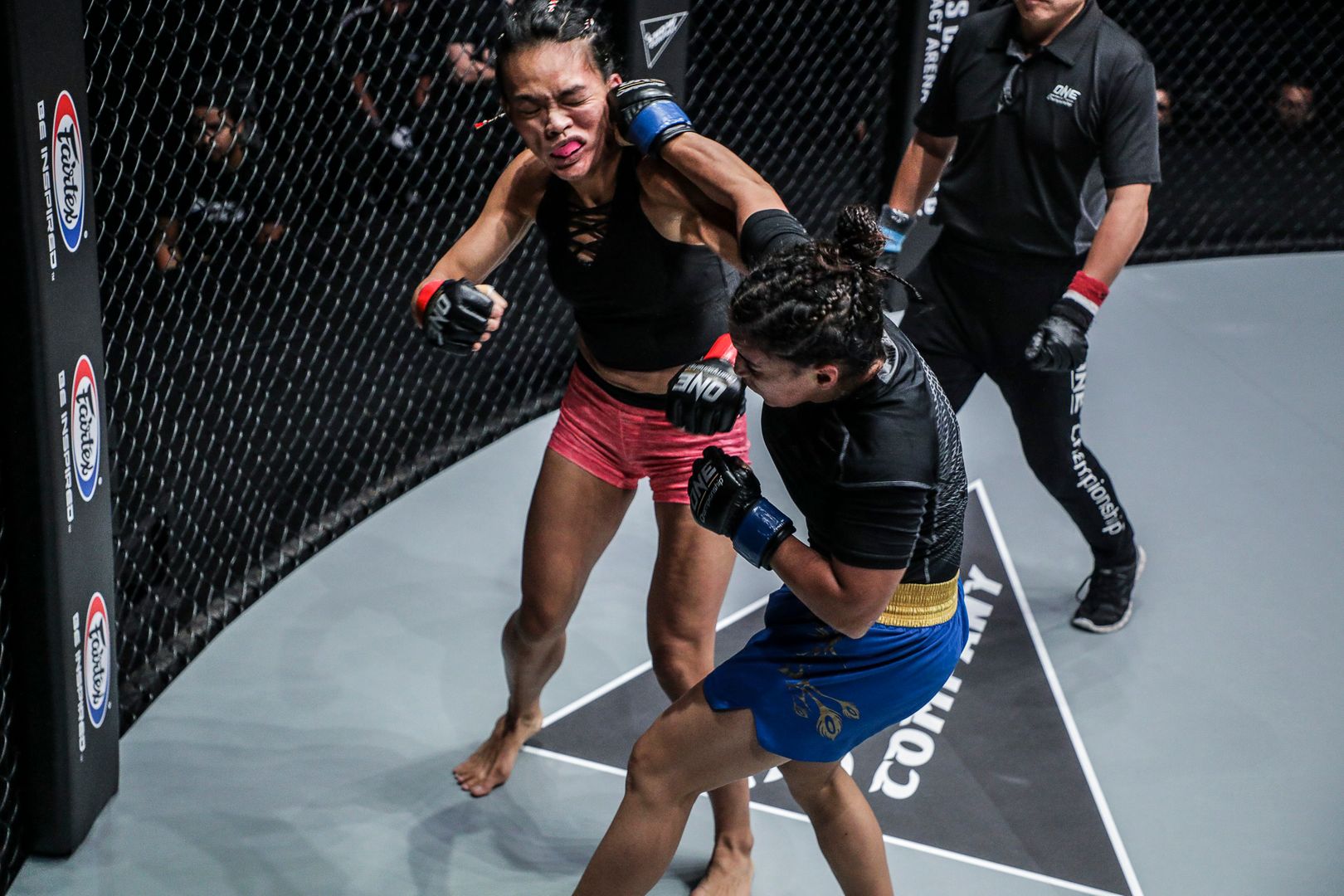 Lumban Gaol was ONE’s most active competitor in 2018, and her five victories were also unmatched. “The Cyclone” recognizes her opponent is on a roll and is dangerous, but she will not back down, especially when the stakes are so high.

“I feel like this is my time, and my career is on the line,” the Indian says.

“She is very experienced and is good both in stand-up and on the ground.

“She has fought some good fighters in the division, but her weakness is that she does not have a strong chin, and her ground game is average.”

“Thathie” is also a high-level wushu operator, but that will be put to the test against Tomar. The Indian’s 100 percent knockout ratio gives her a great equalizer to the Indonesian’s experience.

Their strengths should make for an exciting back-and-forth tussle, especially if both warriors remain on their feet. 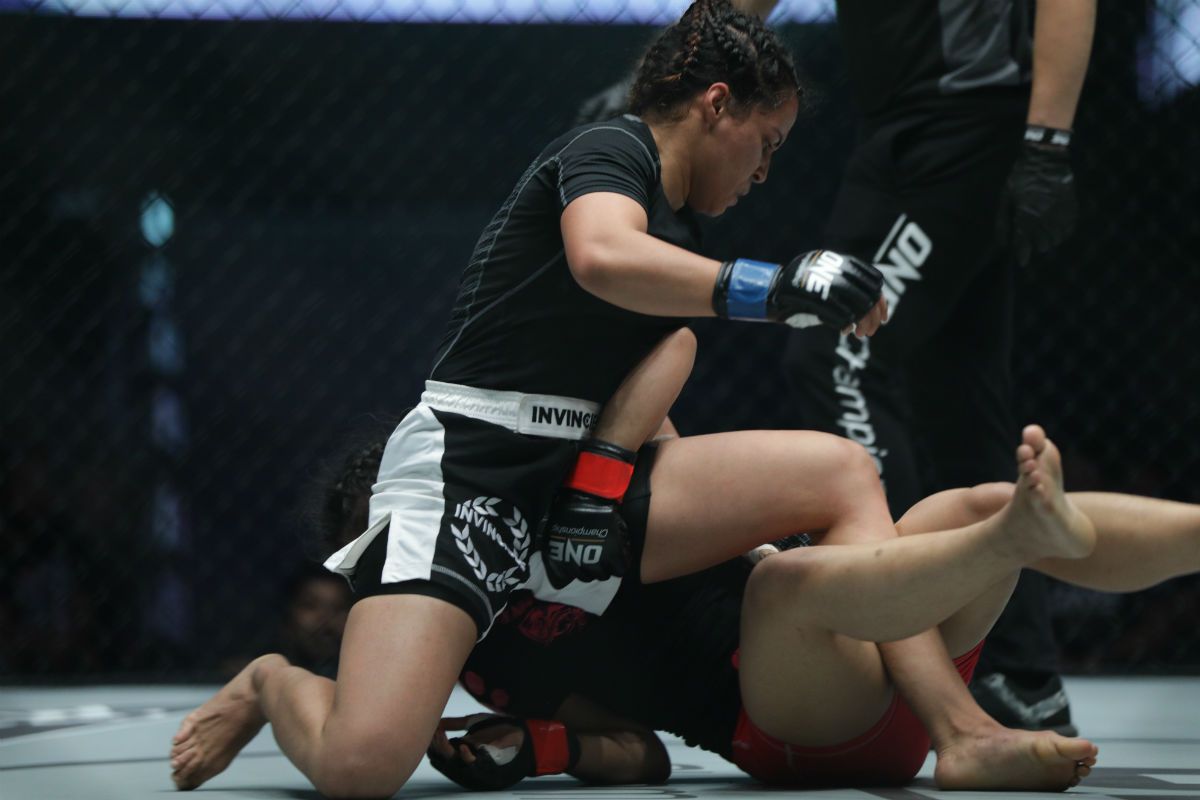 “My stand-up is awesome. My wushu experience will help me,” the Crossfit Fitness Academy star asserts.

“We are global entertainers, and we will entertain you. I will perform for [the fans] until my last breath.”

More than anything, Tomar has a burning desire to win. She is determined to taste victory in The Home Of Martial Arts and begin her rise up the atomweight ranks.

“My first win in ONE means the world to me right now,” she states.

It will not come easily, but Tomar has the attributes to silence the Jakarta crowd if “Thathie” gives her even a small opening.