Another member from PK.Saenchai Muaythaigym has joined the world’s largest martial arts organization – and this one has his eyes on strawweight gold.

On Thursday, 10 June, Prajanchai PK.Saenchai Muaythaigym announced that he signed with ONE Championship.

“I am really excited and very happy to sign a contract with ONE. Every fighter wants to be a part of ONE, but we have to prove that we are good enough,” Prajanchai says.

“My manager always reminds me that I have to show my performance every time I fight [in the local stadiums] so ONE can see that I deserve to be a ONE athlete like my other teammates.

“When my manager told me that ONE is giving me the opportunity to sign a contract with them, I almost cried. My dream came true. Please believe in me, I will not make the fans and ONE disappointed.” 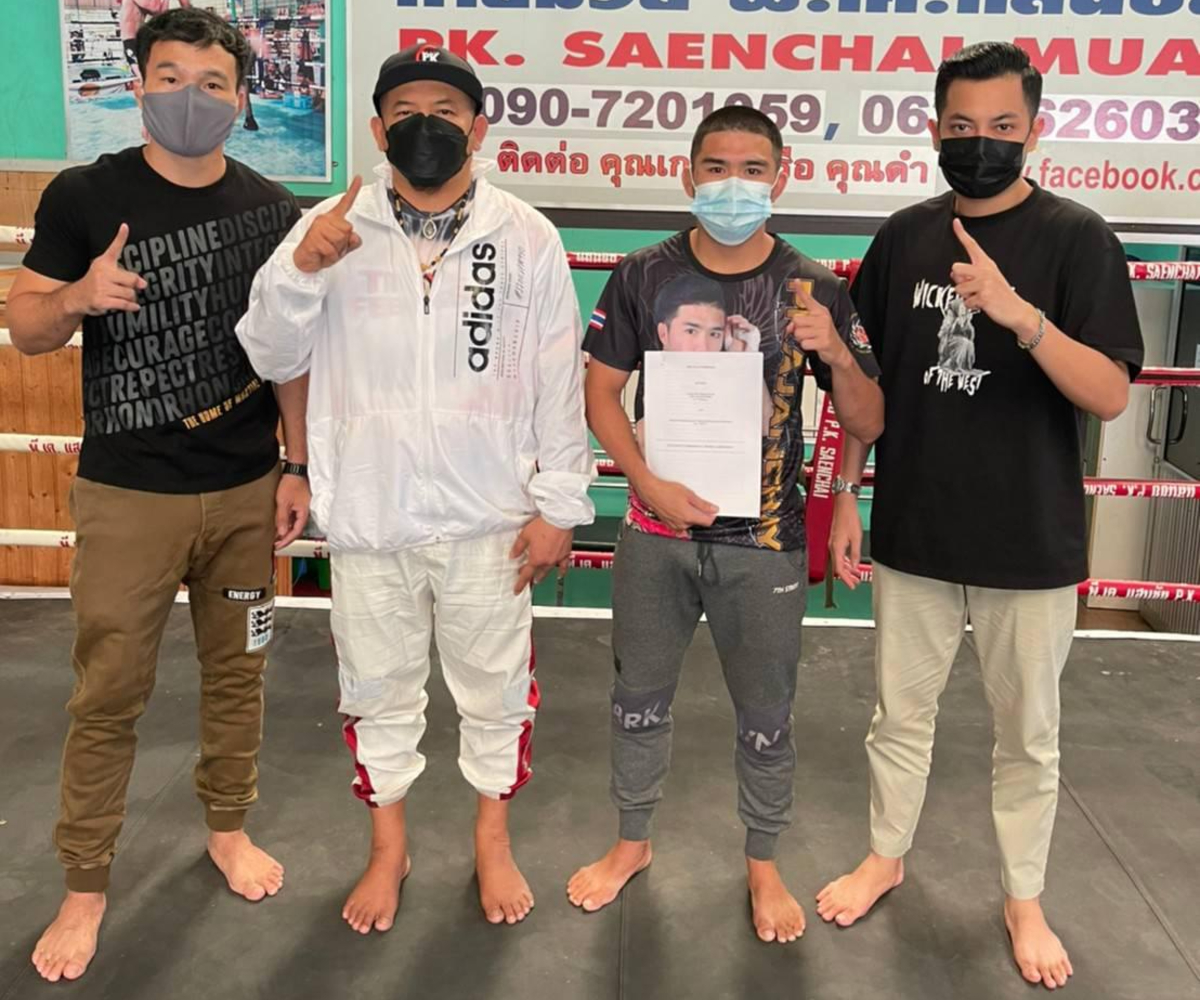 Prajanchai, who owns a 337-51-3 professional record, is considered one of the top pound-for-pound Muay Thai fighters on the planet.

He is well known for his high fight IQ, extreme quickness, and stellar boxing, which he has used to defeat the likes of Ronachai Tor. Ramintra, Kompetch Sitsarawatsuer, Chorfah Tor. Sangtiennoi, and fellow ONE superstar “The Angel Warrior” Panpayak Jitmuangnon.

What’s more, he branched out to the sport of boxing and became a two-division WBA Asia South Champion.

But unlike those athletes who compete in the featherweight and bantamweight categories, Prajanchai will be the squad’s only member to compete in the strawweight division.

Currently, Sam-A Gaiyanghadao rules the weight class in two sports, as he’s both the ONE Strawweight Muay Thai and Kickboxing World Champion. But now that Prajanchai is signed to the world’s largest martial arts organization, he will attempt to knock the king off the throne.

A date for Prajanchai’s ONE Super Series debut has not been scheduled, but stay tuned to ONEFC.com for more details in the coming weeks.