Christian “The Warrior” Lee authored one of the most incredible storylines at ONE: CENTURY PART I with his victory over Saygid “Dagi” Guseyn Arslanaliev.

Not many athletes would step up to the plate with only two weeks to prepare for such a dangerous adversary, but Lee believed it was his duty to answer the call as the leading athlete in his division. 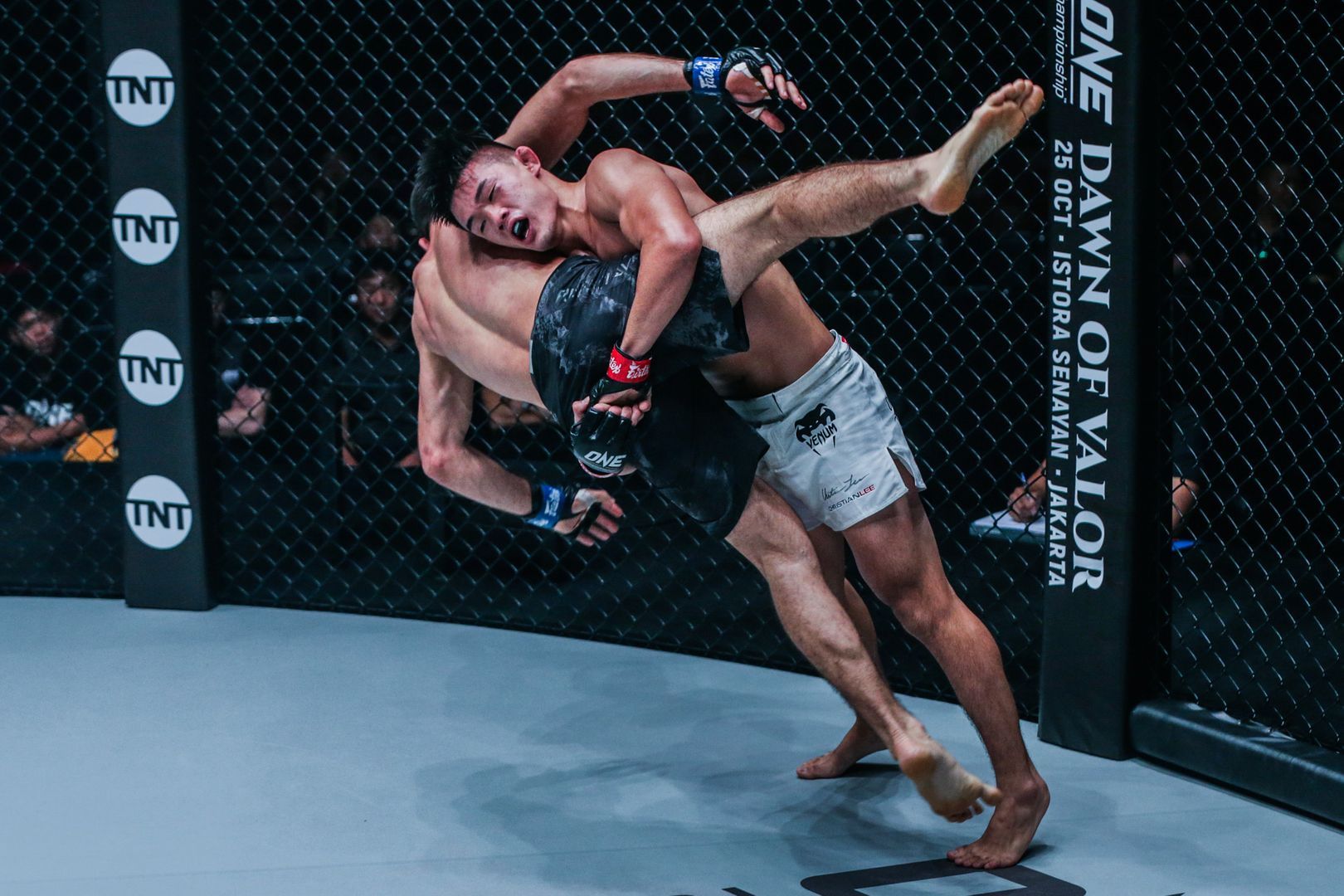 “Honestly, it was just me as a fighter, as a champion, showing up and going to work,” he said after the contest at the Ryogoku Kokugikan.

“I’ve been saying it all week, ever since I got the fight. As the champion, I should be ready to face any opponent at any time, and that’s what I did. I took on a dangerous opponent and got the win after three rounds.

“I had 10 days to prepare for this bout. My game plan was there, we created a quick strategy for this opponent, but as you could see – the camera probably caught it, me throwing up after the fight – I left everything in there.

“‘Dagi’ is a tough opponent, I have all the respect in the world for him, and he pushed me very far.”

Arslanaliev knocked out Ev “E.T.” Ting and Amir Khan in the first round to reach the tournament’s finale, and had all of the momentum heading into Tokyo. However, Lee believes his unwavering commitment to martial arts allowed him to succeed against the odds.

Training alongside his sister “Unstoppable” Angela Lee at United MMA in Hawaii, under the guidance of his father Ken Lee, excellence is a full-time pursuit for “The Warrior,” so he was ready to answer the call.

“My sister and I are in the gym year-round, even when we don’t have a fight booked. That’s the way we live our life.

“I had to dig deep, but that’s already in me. The hard work was what really won me the fight, and that’s what I put in every day in the gym.”

Now, as the holder of his division’s World Title and World Grand Prix Title, “The Warrior” has a strong hand when it comes to deciding his next move in the world’s largest martial arts organization. He performed on ONE’s first-ever live TV broadcast in the USA, and as the world’s largest martial arts organization looks to expand its spectacular live shows into North America in 2020, he wants to lead the charge.

Lee only wants the biggest names and the toughest tests, and there is a huge star in his sights – a man who has already conquered the biggest promotions across the Pacific, who would bring the excitement and prestige to a Stateside debut.

“There are a lot of [lightweights] worthy of being the contender, but as we’re doing the first show live on TNT in the US, I’d love to see a show in New York City against Eddie Alvarez, or even in Hawaii,” Lee explains.

“I think that the fans would be very excited to see a match with Eddie Alvarez in the US, and I would love to be the first person to bring ONE Championship to the United States, so I could see that being next.”