To kick off the night’s proceedings at ONE: WARRIOR KINGDOM, Filipino wushu champino Rabin “The Rock” Catalan squared off against Northern Muay Thai champion Pongsiri “The Smiling Assassin” Mitsatit.

The strawweight bout was the first of nine contests to take place at the Impact Arena in Bangkok, Thailand, on 11 March. 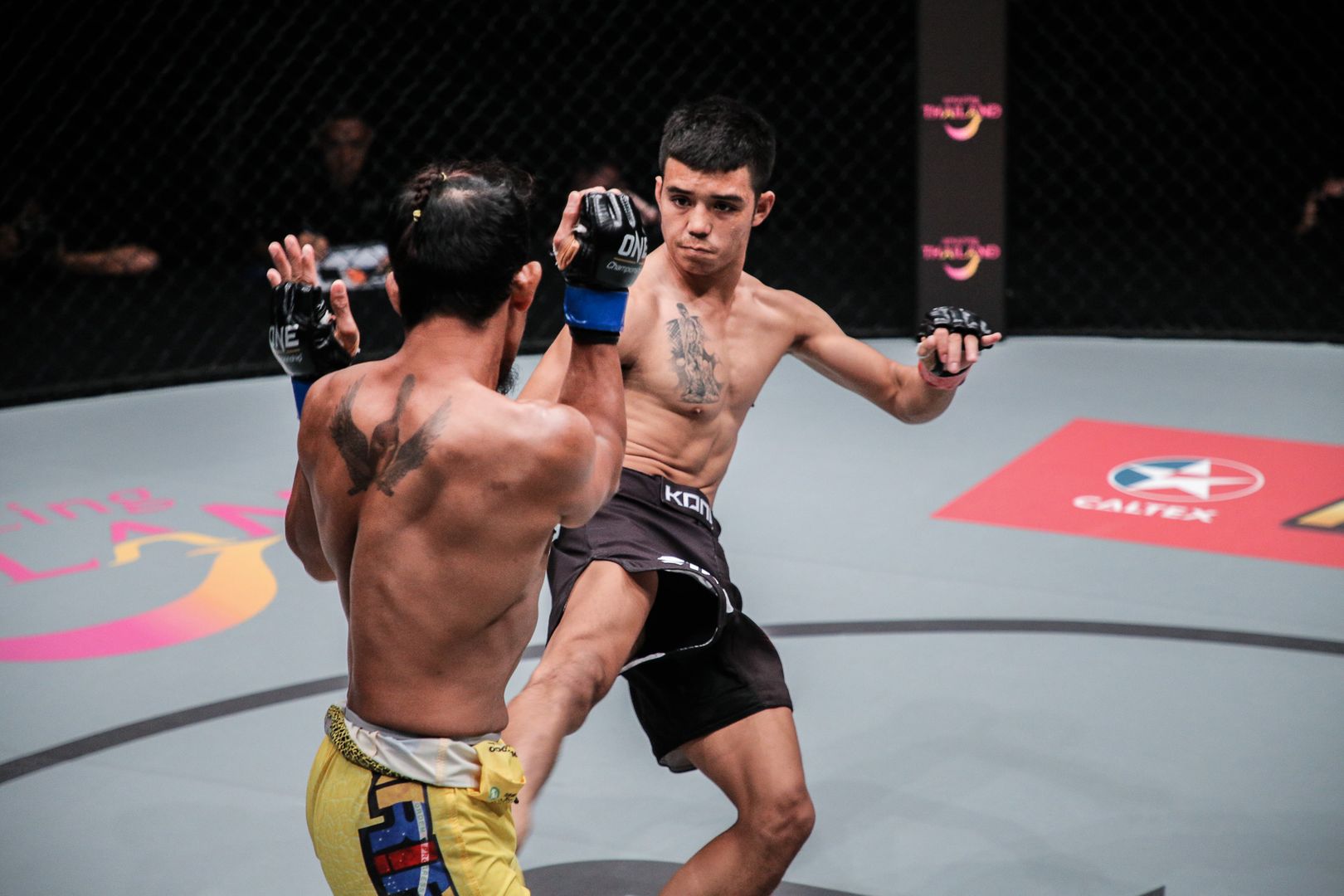 Both athletes started off tentatively, constantly circling and searching for openings in the first minute of the fight. Catalan was the first to open up with strikes as he connected with a quick combination, but it was Mitsatit who did more damage with a body kick off the break.

Undeterred, Catalan rushed in for the takedown, but the Team Quest Thailand product Mitsatit was able to defend well as the two clinched against the cage. The Filipino finally managed to drag “The Smiling Assassin” to the ground, but the Thai fighter managed to emerge on top in the ensuing scramble. 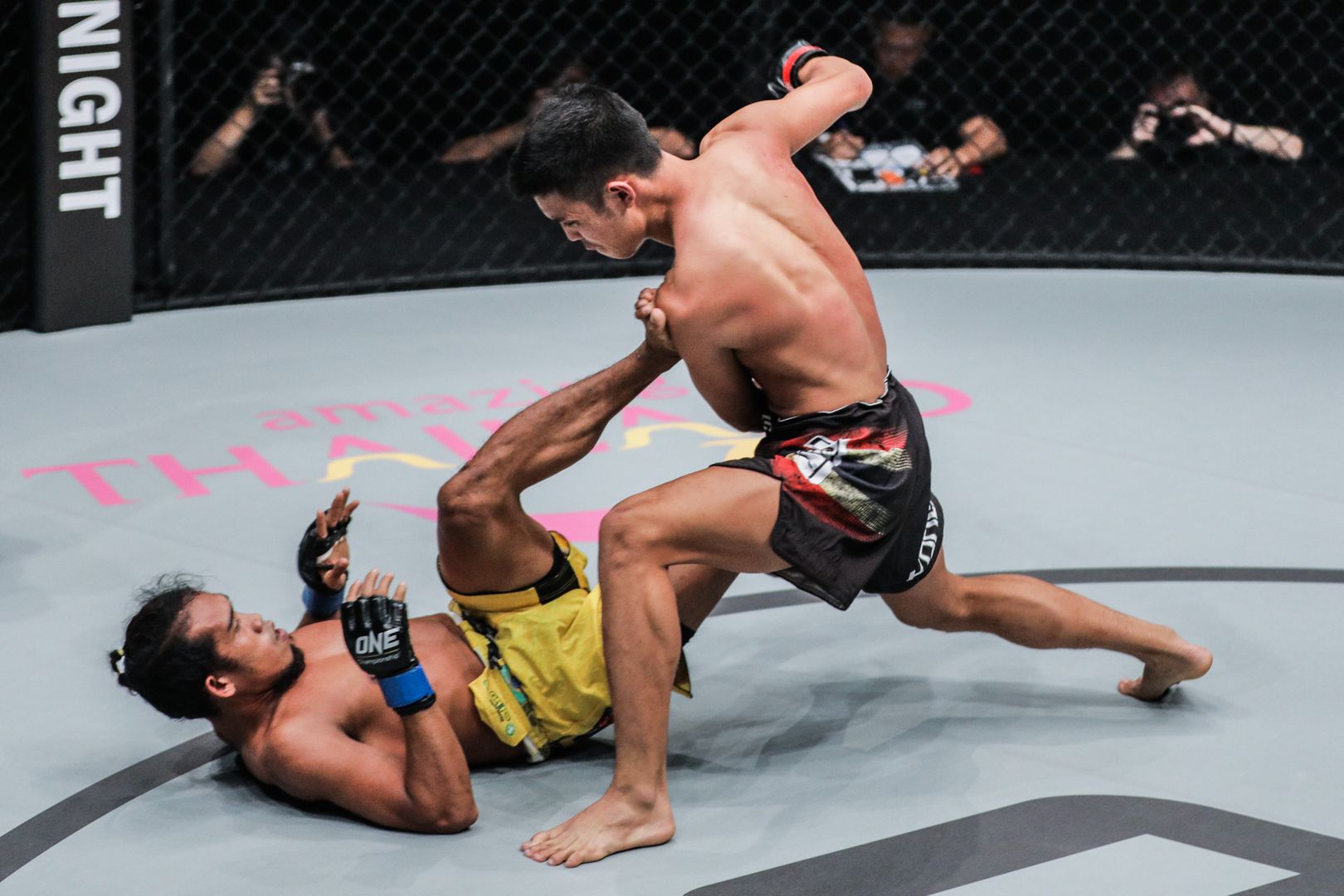 From there, Mitsatit calmly controlled Catalan’s leg from a standing position, occasionally dropping down to land powerful punches. This went on for a brief period of time until referee Yuji Shimada brought both fighters up to their feet.

The ground assault must have fuelled Mitsatit’s confidence, as the momentum was firmly in the hometown hero’s favor. It was his turn to showcase his striking, as he landed a flurry of blows and a flying knee on Catalan, forcing the Filipino to initiate a clinch to avoid further damage.

After a successful trip takedown, Catalan got Mitsatit to the ground, but once again the Northern Muay Thai champion was able to quickly get to his feet. He then put his elite Muay Thai skills on full display by unleashing a barrage of devastating knees. 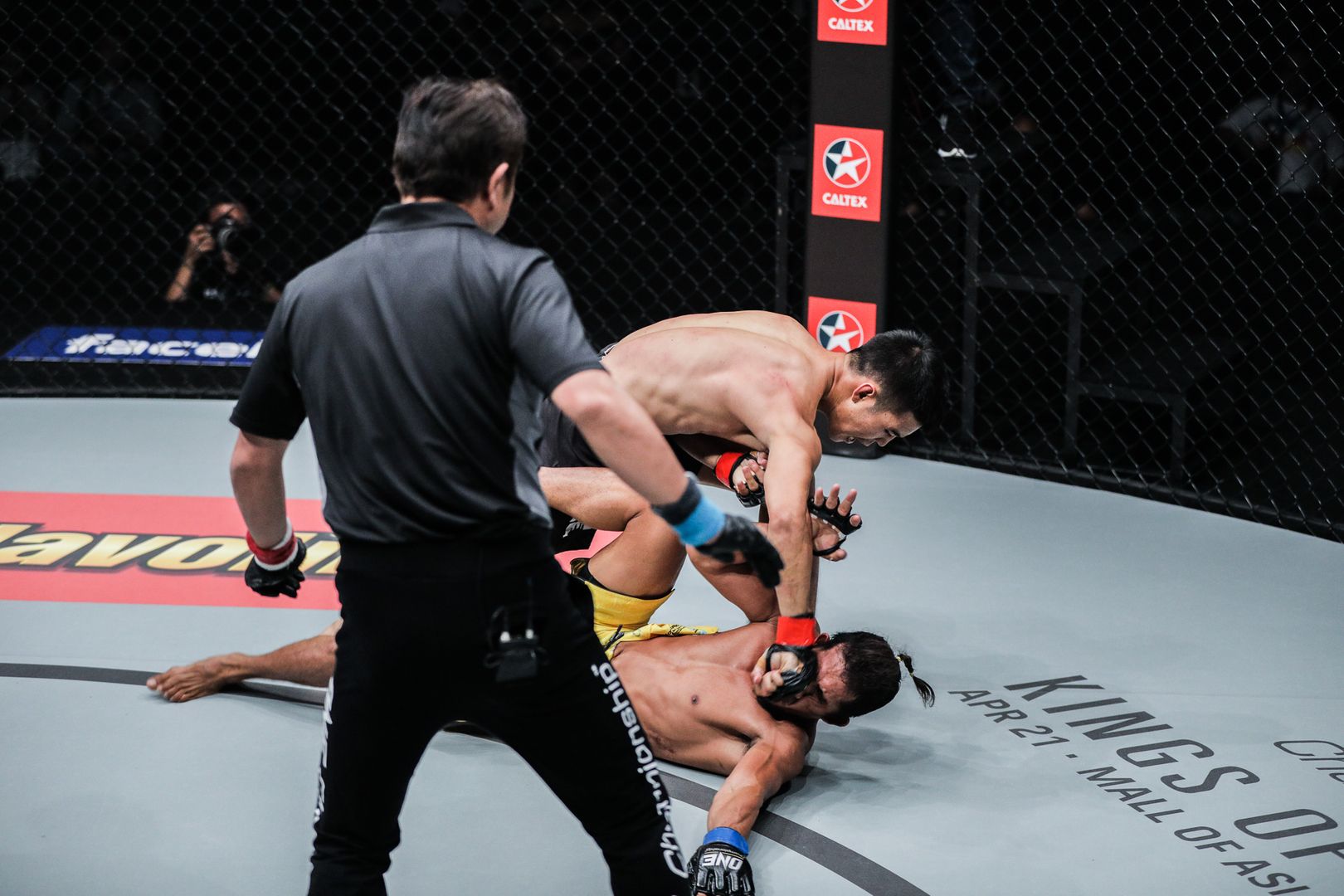 Inevitably, Catalan buckled to the floor from the constant stream of blows to his midsection. Mitsatit swiftly followed up with a brief flurry of ground and pound to secure the TKO victory at 4:45 of round one, sending the partisan crowd into a frenzy.

With the win, Mitsatit keeps his perfect record intact and moves to 8-0. Catalan is now 4-3, and still looking for his first ONE Championship victory.