Pongsiri “The Smiling Assassin” Mitsatit hopes that familiar surroundings will help him to record a famous victory at ONE: WARRIORS OF LIGHT.

The Thai mixed martial arts hero is ready to recreate the magic of his ONE Championship debut when he returns to action in his homeland’s capital city of Bangkok on Friday, 10 May at the Impact Arena.

He will take on the Philippines’ Robin “The Ilonggo” Catalan in a strawweight bout, and after a break from competition, he expects to arrive at the ring in much better condition that he did for his last assignment.

PHENOMENAL knees from Thai warrior Pongsiri Mitsatit, who makes his long-awaited comeback on 10 May!

“It has been five months since I last fought, and I’m excited to fight again,” he says.

“The last time, I fought in the Philippines, and I got food poisoning for three or four days before the fight because I tried something new. Fighting in Thailand, I definitely don’t have to worry about that.”

Since he last competed back in November, Pongsiri has kept himself busy inside and outside the gym.

Before his preparations for Catalan began, he left his possessions behind for 10 days, put on tangerine-colored robes, and shaved his head and eyebrows to entered the monkhood.

In Thailand, becoming a monk is an incredibly important and extremely common rite of passage for young men, and it was something that made Pongsiri’s family proud.

“I’m grateful to have finally gotten to do that for my parents, it meant a lot to them,” he adds.

Will Thai hero Pongsiri Mitsatit take out another Catalan brother on 10 May?

Will Thai hero Pongsiri Mitsatit take out another Catalan brother on 10 May? Bangkok | 10 May | 6:30PM | Watch on the ONE Super App: http://bit.ly/ONESuperApp | TV: Check local listings for global broadcast | Tickets: http://bit.ly/onewarriors19

After that, Pongsiri got back to work at to Tiger Muay Thai in Phuket to sharpen his skills.

“The Smiling Assassin” has looked outstanding in striking exchanges in The Home Of Martial Arts, but his grappling game has stopped him from stepping up to the elite level, and that is something he has tried to change quickly.

Catalan is an IFMA Muay Thai World Champion, but he also has a dangerous set of submission skills that could bring a quick end to Pongsiri’s night if he is not careful.

“Tiger is really amazing. There are so many high-level fighters for me to train with,” he says.

“I’ve been training at Tiger full time for the past two months. My main focus going into this fight is working on both my takedown defense and ground game.

“Those are my opponent’s strengths, so I need to focus there. However, his weakness is knees, I really don’t think he likes them. My game plan is to keep the fight standing and hopefully attack from the clinch.” 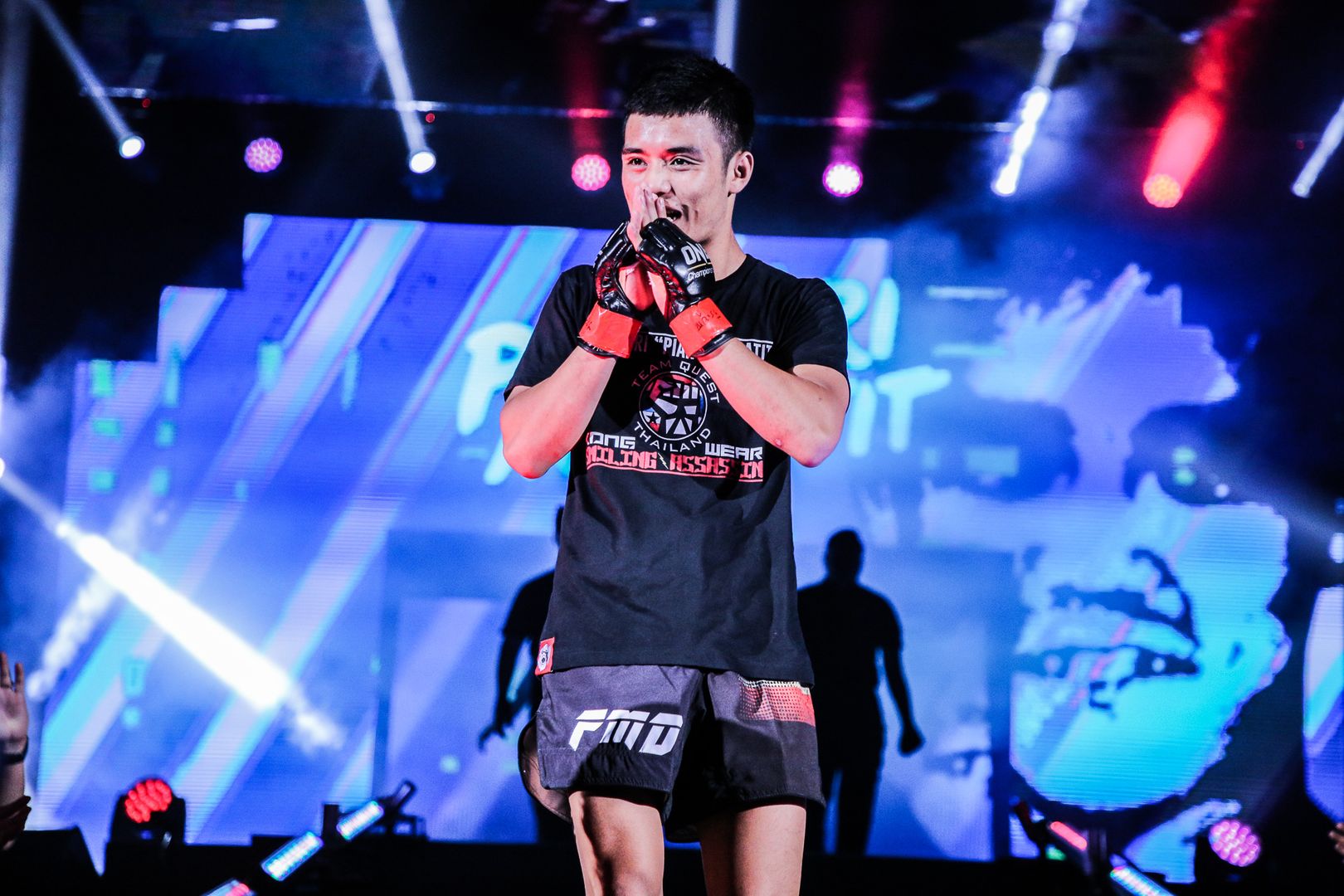 Armed with new and sharper weapons, the Northern Muay Thai Champion of Thailand is bursting with positivity.

The Impact Arena was the scene for two of the biggest wins of his career – including one over Catalan’s brother, Rabin, in March 2017 – and he is desperate to hear the roar of the Bangkok crowd once again.

“I remember the first time I fought here, it was my debut with ONE Championship. I was so excited, the crowd was huge. I had never experienced anything like that before in my entire life. It is time for me to return,” he says.

“I’m really grateful for ONE Championship for providing me with this opportunity. I will do everything I can to win for Thailand.”