Pieter “The Archangel” Buist utilized a devastating striking attack to earn a knockout victory in his ONE Championship debut on Friday, 10 May at the Impact Arena in Bangkok, Thailand.

On the preliminary card of ONE: WARRIORS OF LIGHT, the Dutch newcomer survived a daunting attack from Japan’s Kota “Kong” Shimoishi to register a stunning finish in the second round.

Debuting Dutchman Pieter Buist connects with a series of devastating knees to knock out Kota Shimoishi at 3:55 of Round 2!

Debuting Dutchman Pieter Buist MMA connects with a series of devastating knees to knock out Kota Shimoishi at 3:55 of Round 2!Watch the full event on the ONE Super App ???? http://bit.ly/ONESuperApp | TV: Check local listings for global broadcast

From the start of this lightweight mixed martial arts clash, Buist was looking to use his considerable height and reach advantage to keep his 31-year-old rival at the end of his strikes.

As strong as the Dutch kickboxing specialist was on his feet, Shimoishi eventually found a way inside his range and planted his opponent on the mat with a huge takedown.

Once the action was on the ground, “Kong” maintained his dominant positioning as he moved fluidly from the mount to the back, and then returned to top control again.

With less than a minute remaining in the opening frame, Buist — a former WFL World Champion — exploded off the bottom and returned to his feet. However, he could not break free of Shimoishi’s grip before time expired in the round. As soon as the second round got underway, Buist fearlessly uncorked a jumping knee strike. However, the Osaka resident was able to withstand the impact, and then brought the Dutchman back down to the canvas.

Much like the first stanza, Shimoishi was able to stay in control. This time, however, he could not unload too much offense as he tried to maintain an advantageous position over his incredibly tall adversary.

With just over 90 seconds remaining in the frame, Buist scrambled back to his feet. The Japanese veteran went for another takedown, but “The Archangel” stuffed the attempt and then dropped him with a straight right. 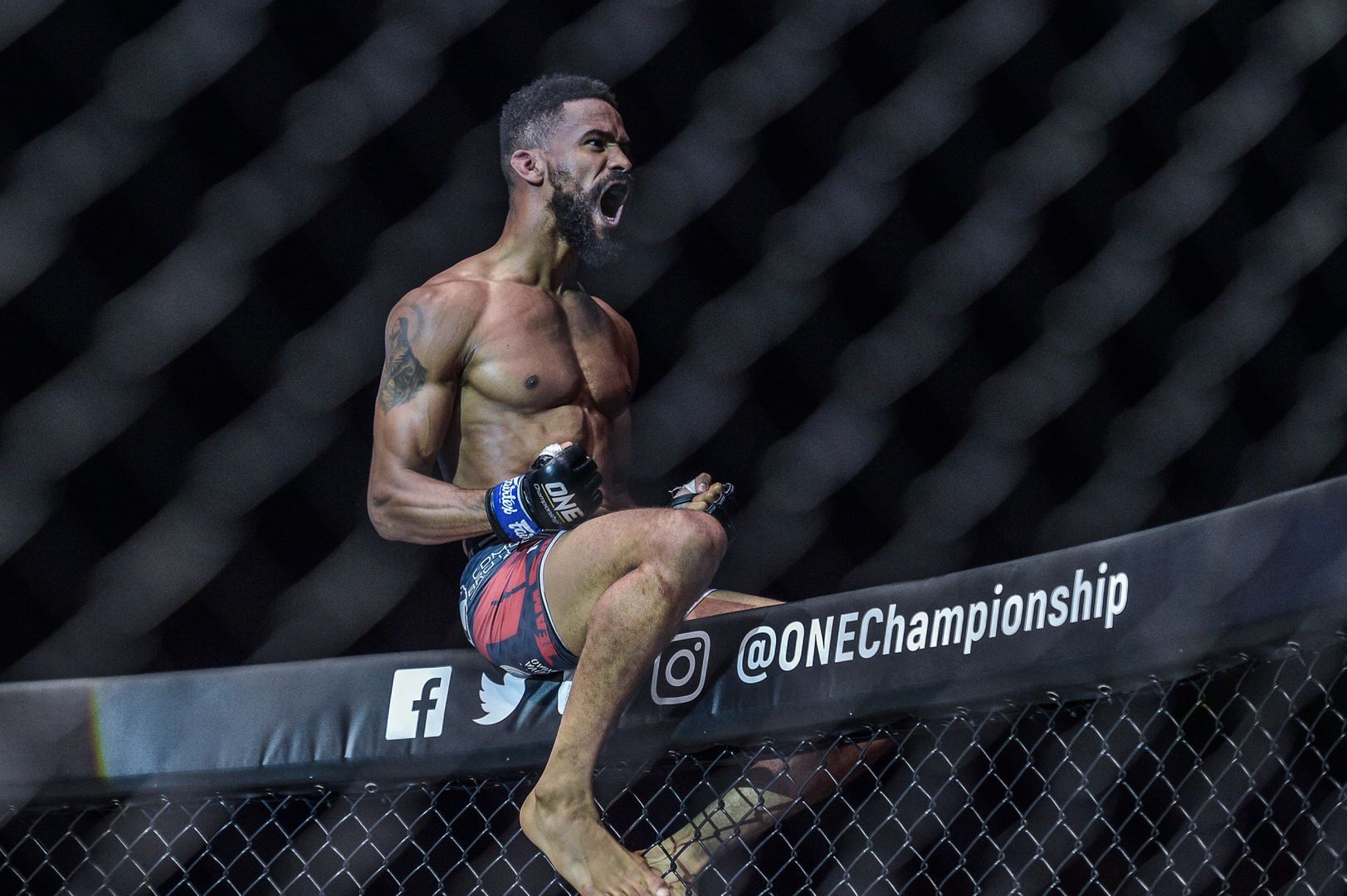 Once Shimoishi fell to the canvas, the 31-year-old Dutchman swarmed on him for the finish and delivered a trio of explosive knees.

Right as the third knee strike landed, the referee jumped in to stop the contest. The end officially came at the 3:55 mark of round two.

It was a tough start for Buist, but in the end, he persevered and earned a memorable knockout in his promotional debut to move his mixed martial arts record to 15-4.