“The Baby Shark” Petchdam Petchyindee Academy is set for another run at a World Title after his return to the winner’s circle on Friday, 31 January at ONE: FIRE & FURY.

The former ONE Flyweight Kickboxing World Champion defeated Kohei “Momotaro” Kodera in a closely-contested Muay Thai battle in Manila, Philippines, but he admits that his Japanese rival was a tough nut to crack.

However, he eventually adjusted and got the job done via majority decision, despite “Momotaro’s” tricky style.

“He was a difficult fighter to face. He kept changing his stance and caught me a few times. He would come in and out, making it hard for me to time things,” Petchdam explains.

“I felt my shots were a lot sharper and landing more cleanly. I was pushing the pace and keeping busier, too.”

Despite the bout being under “The Baby Shark’s” preferred rules, it took him a while to get to grips with “Momotaro’s” movement because he did not take a direct approach in the traditional Muay Thai style.

The Oguni Gym man was elusive and controlled the range in the first round, which made it seem like he might have the blueprint to defeat his powerful Thai rival. Petchdam knew he needed to adapt and move through the gears to put his stamp on the contest.

“Fighting in the cage is so much different. It’s so big. He didn’t stand in front of me like in Muay Thai, and would instead run around a lot,” he explains.

“I felt a lot of pressure, and wasn’t yet comfortable to throw as much, but I still think I performed well in the first round. When the round ended, my corner told me I had to win round two – I needed to push the pace and keep busier. I was thinking to myself, ‘How can I beat him?’”

The 21-year-old Ubon Ratchathani native brought himself back into the bout by using his punishing left kick to tenderize “Momotaro’s” body, and that helped him to grow in confidence. With the addition of hard knees in the clinch, he ended the bout in the ascendency and left a good impression with the judges to earn the decision.

“I felt a lot more comfortable going into the second round. I was better able to read him and time my shots better. My corner told me I won the second, but wanted me to be even busier and aggressive for the third,” he says.

“I really pushed forward and made him engage more. I was landing my kicks comfortably but wasn’t going to underestimate him. He was still throwing punches, and wearing the small gloves makes it easier for mistakes to happen.” 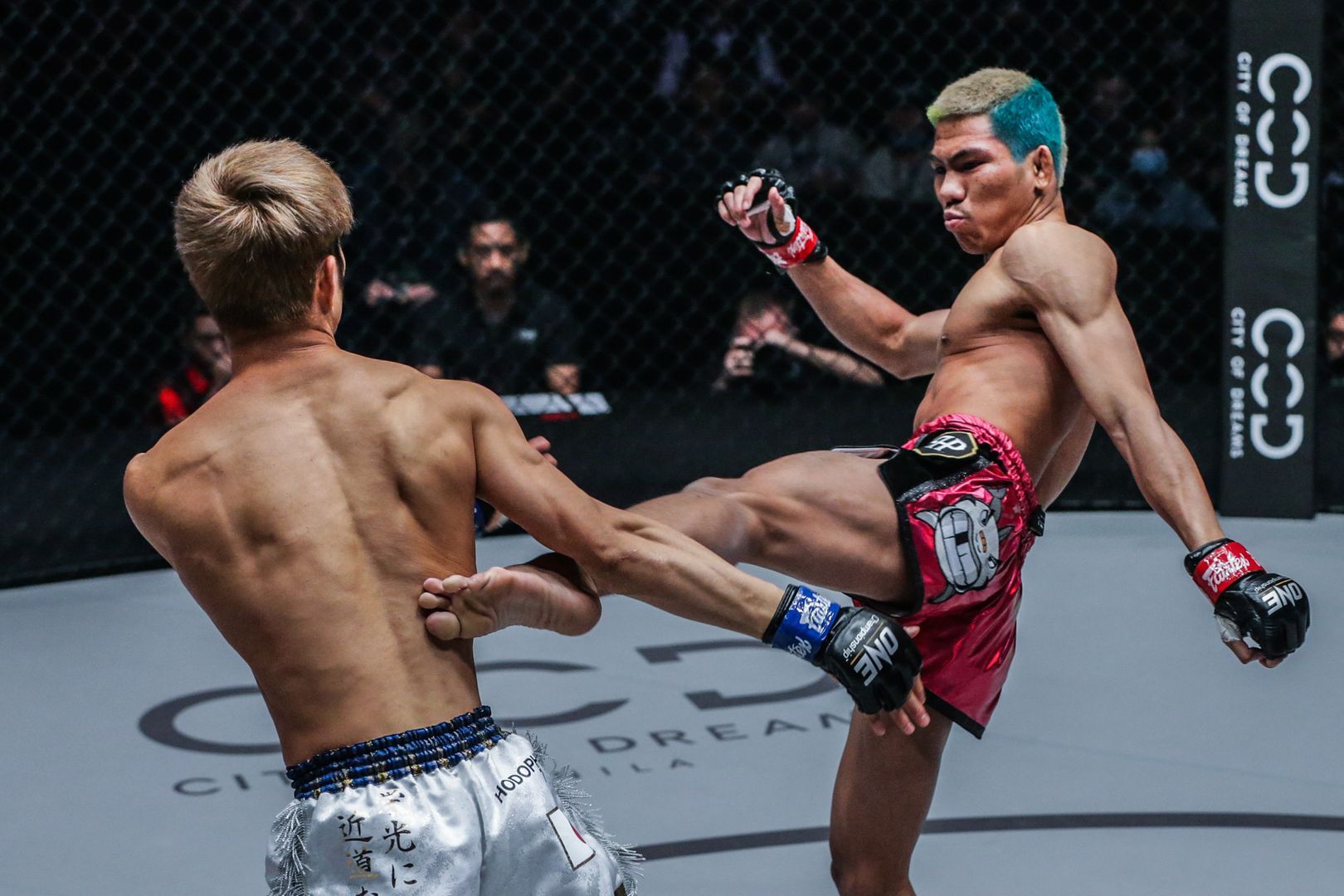 The win was Petchdam’s fifth in ONE Super Series. The only blemish on his record on the global stage is his defeat at the hands of Ilias “Tweety” Ennahachi that saw him lose the belt.

Though he looked more comfortable in his return to “the art of eight limbs,” the man from Petchyindee Academy reveals that his main focus moving forward will be redemption in the kickboxing ranks.

“This was an important fight for me because I want to get my title back. Every win brings me closer to a title challenge,” says Petchdam.

“After this, I want to go back to kickboxing. I just started kickboxing, it is a new challenge for me. My goal is to get my kickboxing World Title back and be the champion again!”

Read more: 5 Lessons We Learned At ONE: FIRE & FURY