“The Baby Shark” Petchdam Petchyindee Academy returned to the winner’s circle with a victory over Kohei “Momotaro” Kodera after three thrilling rounds of action at ONE: FIRE & FURY.

The former ONE Flyweight Kickboxing World Champion claimed the victory via majority decision after a closely-contested affair in Manila, Philippines, on Friday, 31 January.

“Momotaro” started the stronger of the two in the first round of this flyweight Muay Thai match-up at the Mall Of Asia Arena. His lightning-fast kicks and in-and-out movement allowed him to score on his Thai rival without eating too much damage in return.

The WBC Muay Thai International Champion flicked kicks from his lead leg to score from the outside, and then darted in with his jab-cross, though he did walk into some hard left elbows from “The Baby Shark.” A pair of well-timed dumps solidified a great opening stanza for the Japanese man.

“Momotaro” came out firing again in the second frame with more of the same offense, and then swept the man from Petchyindee Academy to the canvas once more. 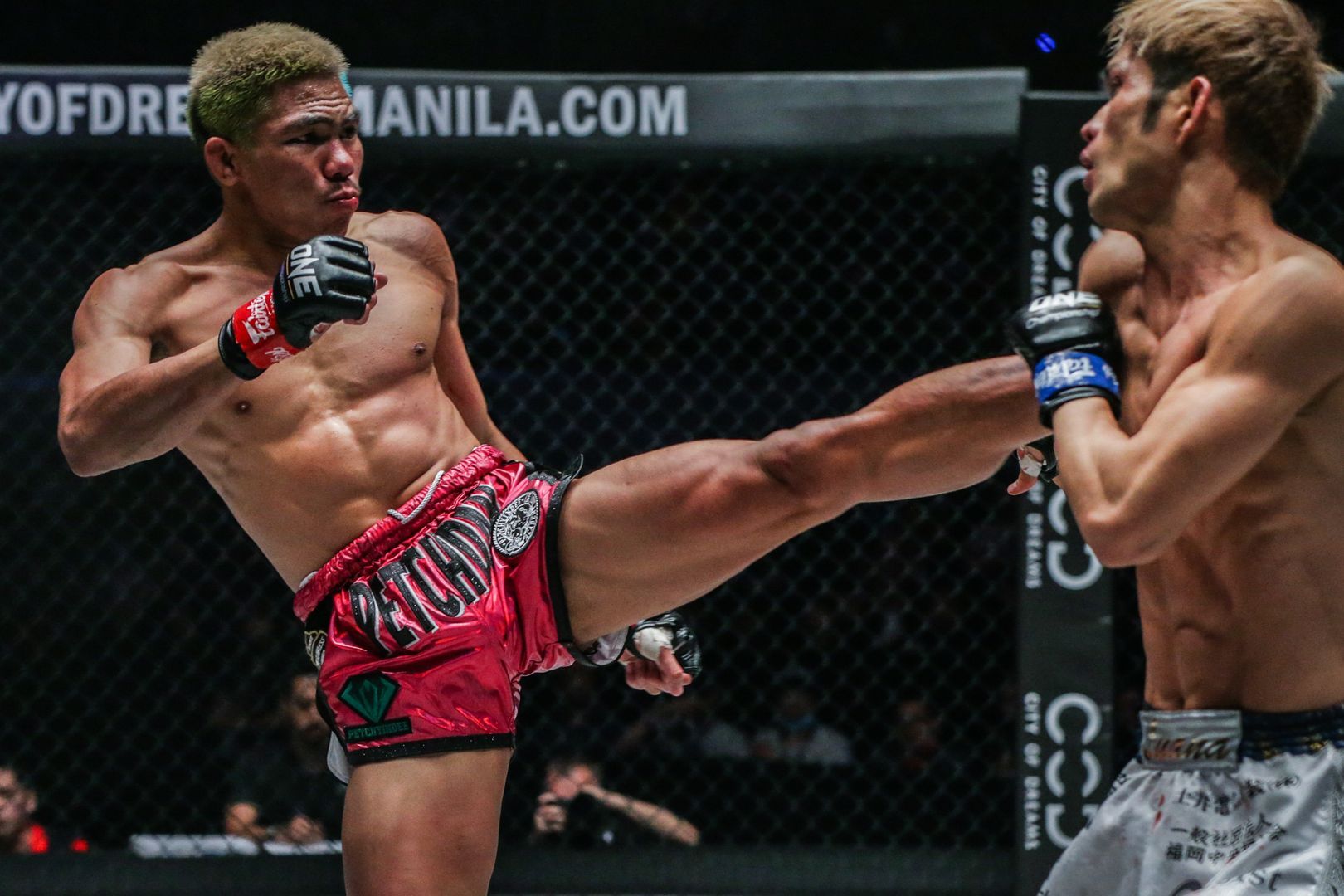 However, Petchdam soon started to find his rhythm with his renowned left kick to the body. “The Baby Shark” walked his rival down and kept smashing his shin into the ribs.

The Thai star’s experience came into play as round three went into the deeper waters. He began to time his kick under “Momotaro’s” southpaw jab, and the Japanese man’s scorched-red midsection showed their efficacy.

“Momotaro” timed his straight left to the head and body off Petchdam’s body kicks and charged in with hard boxing salvos behind it, but that could not stop the Thai’s relentless attack with power strikes. 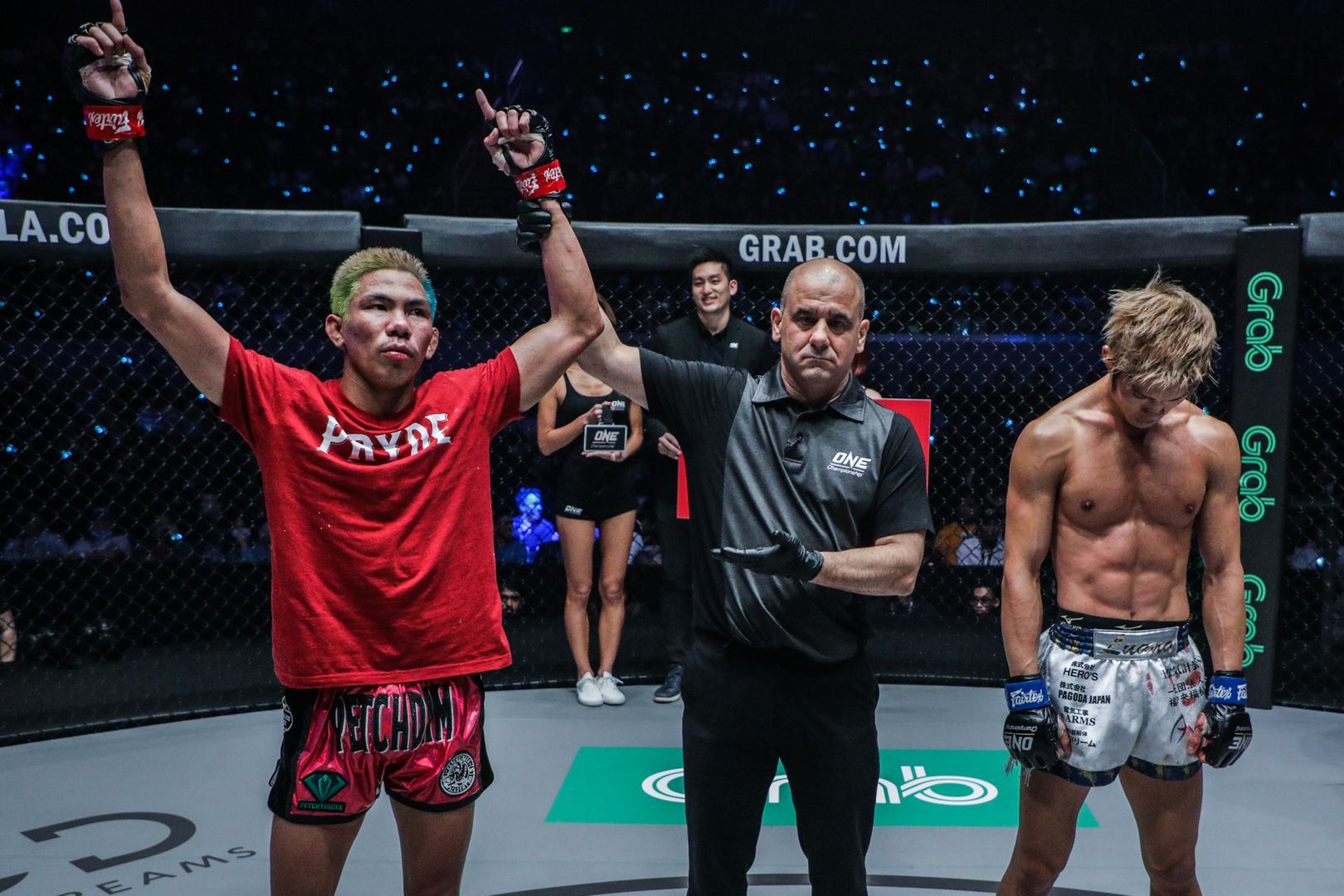 When the final bell sounded, there was not much to pick between the two athletes, but the judges rendered their decision in favor of “The Baby Shark” who looked back on form under his favored Muay Thai ruleset and pushed his record to 95-15-7.