It has been a challenging year for multiple-time ONE Lightweight World Champion Eduard “Landslide” Folayang, but the veteran and his Team Lakay stablemates ended it with a lot of promise.

Filipino hero Eduard Folayang ???????? gets the unanimous nod over Amarsanaa Tsogookhu after an unintentional clash of heads prompts a technical decision.

Filipino hero Eduard "The Landslide" Folayang ???????? gets the unanimous nod over Amarsanaa Tsogookhu after an unintentional clash of heads prompts a technical decision.????: How to watch ???? http://bit.ly/ONEMOFHTW????: Book your hotel ???? hotelplanner.com????: Watch on the ONE Super App ???? bit.ly/ONESuperApp????: Shop official merchandise ???? bit.ly/ONECShop

The 36-year-old lost his belt to his old rival, Shinya “Tobikan Judan” Aoki, at ONE: A NEW ERA in Tokyo, Japan this past March, and then he fell to “The Underground King” Eddie Alvarez at ONE: DAWN OF HEROES in Manila, Philippines in August.

However, things eventually started to turn around for him.

In addition to that, his teammates – former ONE Flyweight World Champion Geje “Gravity” Eustaquio and reigning strawweight king Joshua “The Passion” Pacio – won their respective bouts on the same card. Also, Team Lakay recently competed in the 2019 Southeast Asian (SEA) Games and won a slew of medals.

“Landslide” will try to build off that enormous momentum when he faces Pakistani grappler Ahmed “Wolverine” Mujtaba at ONE: FIRE & FURY, live from the Mall Of Asia Arena on Friday, 31 January.

But now, with 2019 winding down, the Filipino icon reflects on his challenging year, talks about the exciting past few weeks he has experienced, and lists his personal and professional goals for the new year.

ONE Championship: This has been an interesting year for you, Eduard. You had some tough bouts with two legends, but closed 2019 with a huge win. Are you happy with how the year turned out for you?

Eduard Folayang: We can’t change what happened already. Although I would have wanted to perform better than I did, I can’t discount the fact that my opponents were no walks in the park. I had lapses that led to unfavorable outcomes, but I’m still happy that my career is far from over.

I would have a lot of regrets if I was already retired, and I would no longer have the opportunity to improve on my lapses. I’m still thankful that I was able to close out the year well. Whatever happened in the past year becomes part of my reflection to prepare for the next fight I’ll be going into.

ONE: What are the most important things you learned from those lapses?

EF: I learned a lot. Calmness is one of them – as much as possible, to be calm even if you are overwhelmed.

Another thing is to be relentless and persistent in how I play to my strengths, and execute my game plan in a better way. These are the two most important things I learned in the past year.

ONE: Your last match ended abruptly, but throughout the bout, you showed that age truly is just a number. How does it feel to get back in the win column?

As I reflected on the year that passed by, I realized 2019 was really tight for me. However, like I said, there is still an opportunity for me to improve on my lapses and have a better performance in my next match. 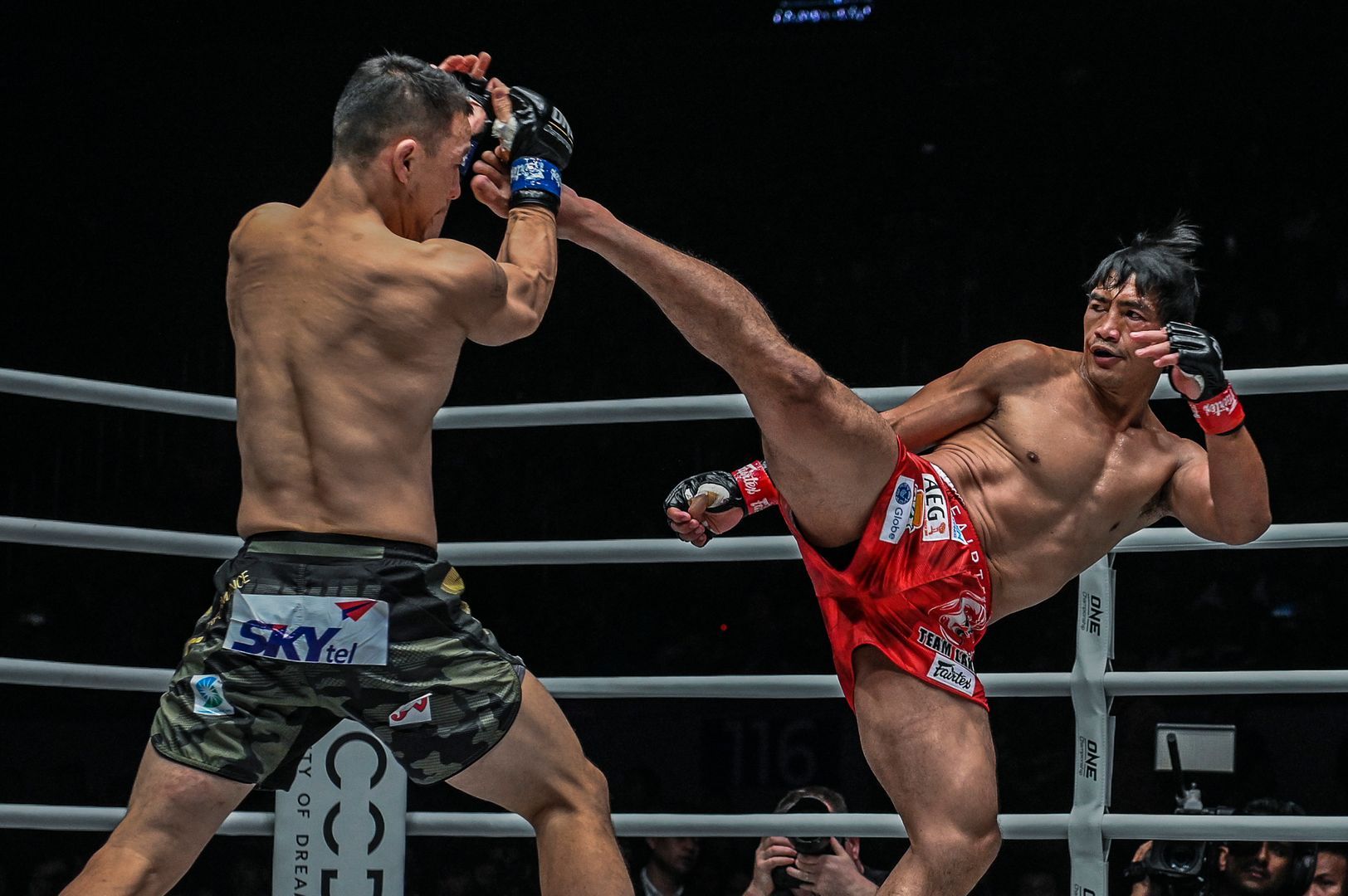 ONE: In 2018, you and three other members from Team Lakay held World Titles. That may not be the case this year, but you finished the final event in Manila with a clean sweep. How important was that for you?

EF: We wanted to send a message to everyone, especially to those aspiring martial artists who look up to us. That [message was] even as we cannot avoid those bad days in our lives, we can still look forward to good days as well.

Winning the way that we did on our home soil helps us reinforce that message and, hopefully, provided a little motivation to everyone, including the athletes who competed in the SEA Games.

ONE: Speaking of which, your social media feed was filled with updates from the SEA Games. In fact, you had some teammates who competed, right?

EF: Team Lakay had three representatives in kickboxing, and all of them won gold. Meanwhile, some younger members who competed in Muay Thai also won medals – a silver and a bronze.

However, it’s an inspirational feat because, who knows? Maybe we’ll be producing more national team representatives in martial arts who would bring honor to the country in the future. We’re looking forward to becoming a home to champions for our country.

ONE: How were you able to stay updated with the SEA Games? 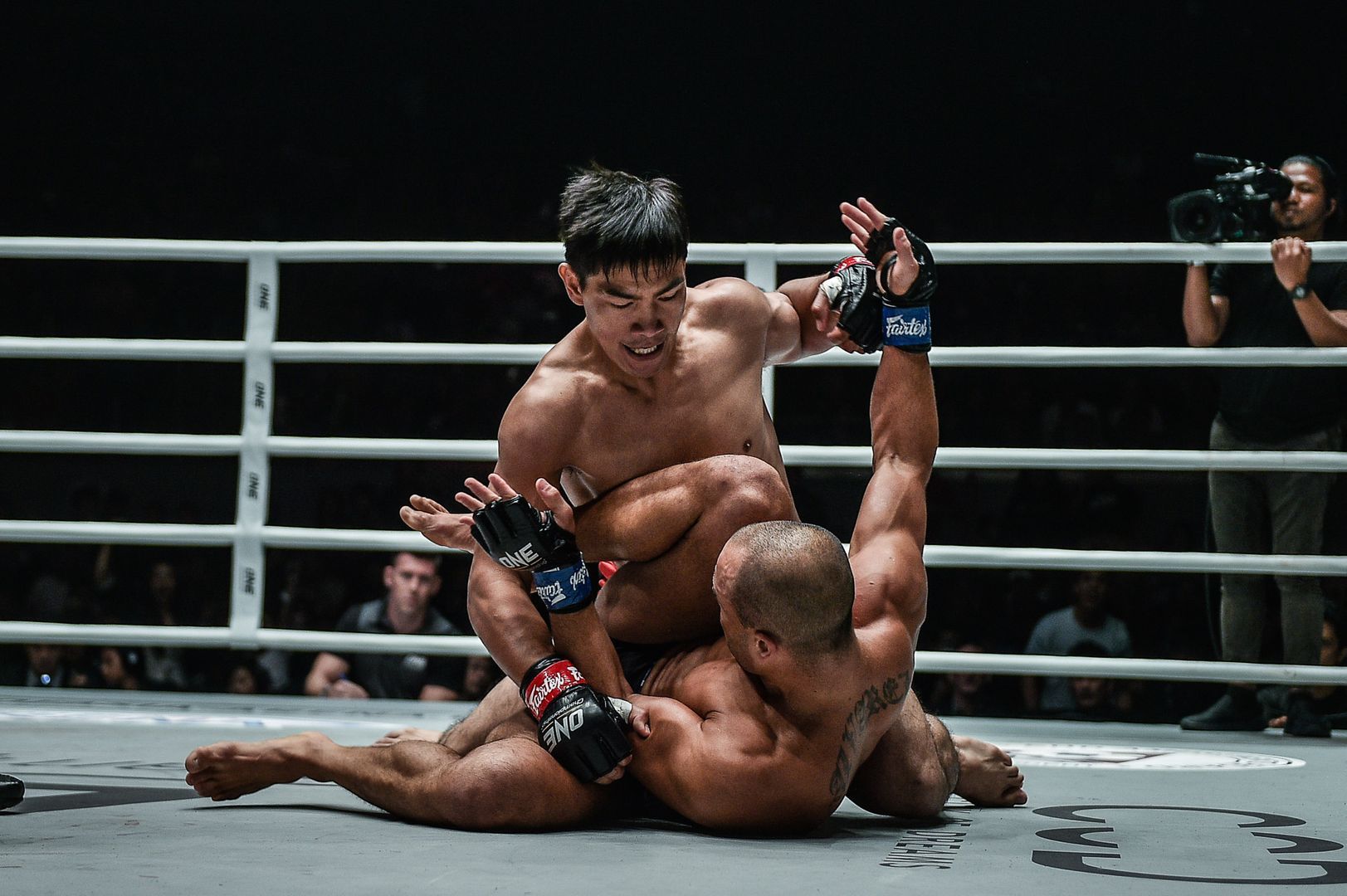 ONE: Outside of the Circle, what were your favorite moments of 2019?

EF: This past year, I was blessed to have spent more time with my wife and two kids. Even if preparations were demanding, after my bouts, we were able to travel together. Those are priceless moments for me.

ONE: Looking ahead to 2020, are you aiming for another ONE Lightweight World Title opportunity?

EF: I think reaching for a World Title is still a goal. After all, why would I want to win if I wasn’t looking to challenge for the World Title? I understand that I need to work my way back up again, but I want to prepare myself to have the best year of my life in the upcoming year.

ONE: Do you have any personal goals that you want to achieve?

EF: I think it’s to be a better human being. Like I said, I still have a lot of lapses and developed habits that are not really good. As much as possible, that’s what I’m aiming to improve in the upcoming year. It won’t make me perfect, but it would help me achieve my goal. 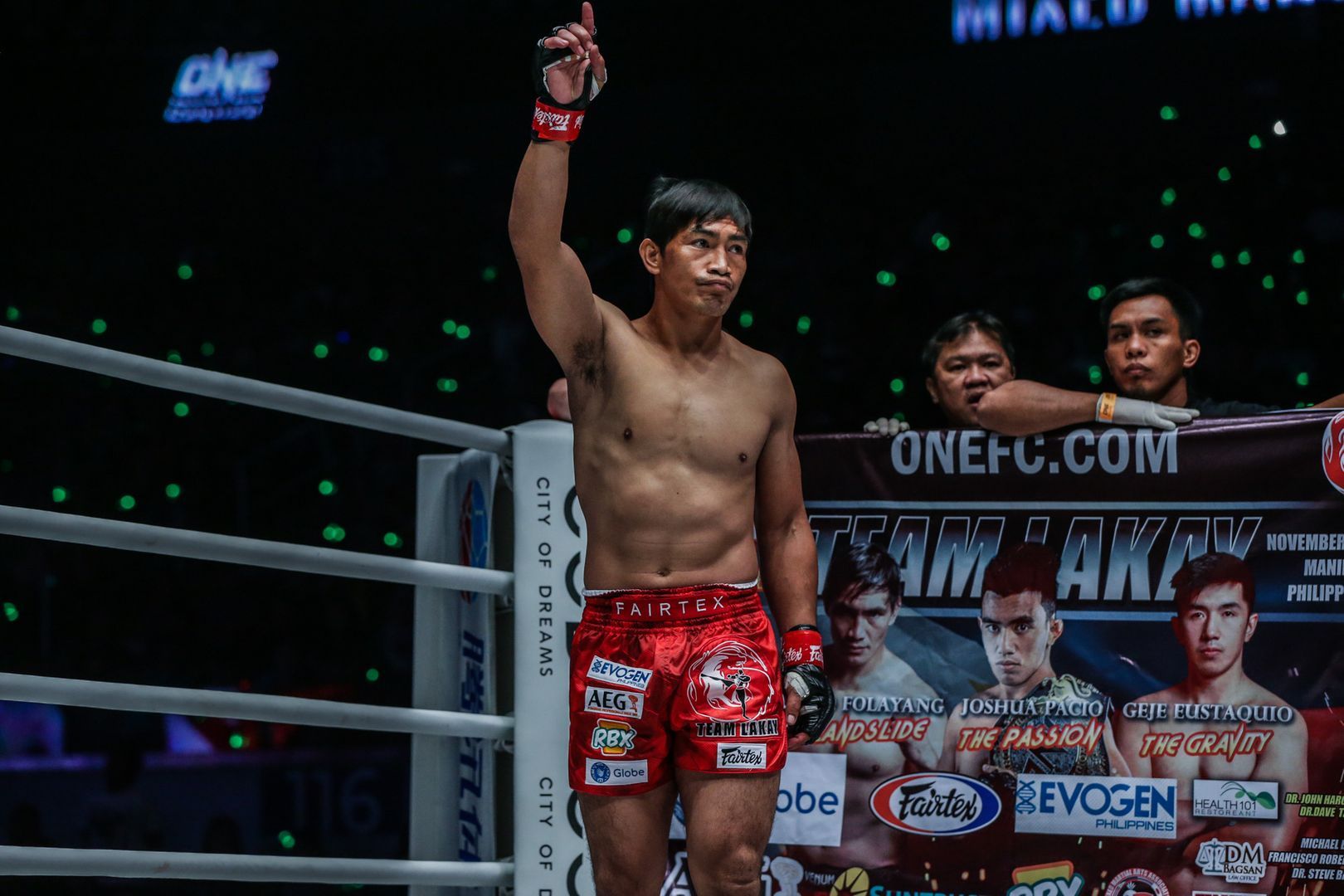 ONE: How about family? You now have two beautiful baby girls. Any plans on hopefully adding a strong baby boy?

EF: It’s difficult to find someone who could help watch our kids, but one of my goals for my family is to have a son eventually. These two girls are already a handful, and I’m thankful that my wife is willing to take care of them as much as she can. It helps my career a lot.