Maira Mazar is right back in the winner’s circle, and she got there in impressive fashion.

The #5-ranked women’s strawweight contender scored a dominant third-round TKO win over Choi Jeong Yun in the curtain-raiser of ONE: INSIDE THE MATRIX IV, a previously recorded event that aired Friday, 20 November. 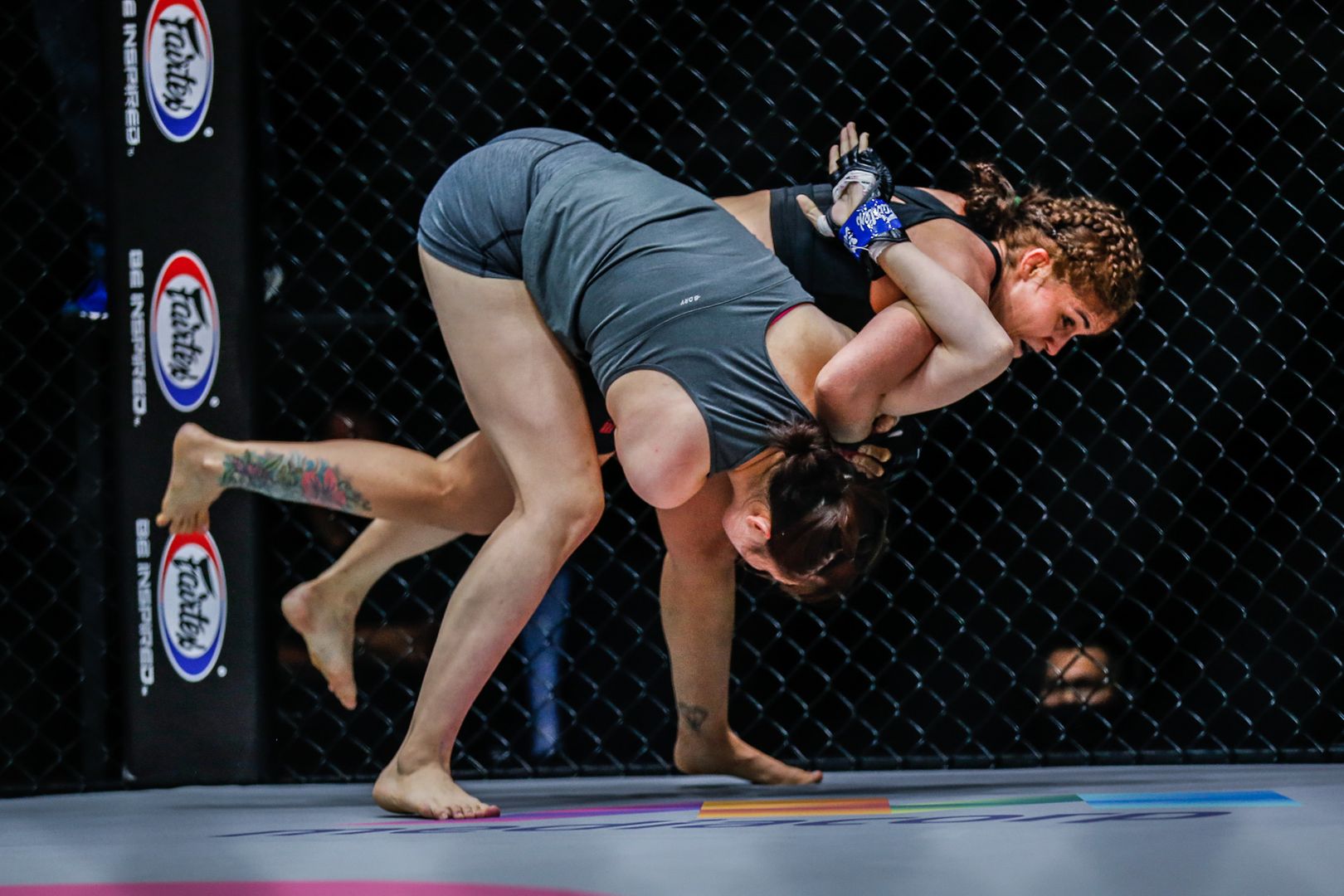 From the onset, it was clear that the Brazilian was the better fighter between the pair of warriors in the Singapore Indoor Stadium – as she methodically broke down Choi to rebound from a second-round submission loss to #4-ranked contender Ayaka “Zombie” Miura last January.

Mazar effectively stalked Choi early on, feigning a punch and then landing a thunderous leg kick that sent the South Korean back to the Circle Wall, where the Evolve star landed a few punches.

With Mazar coming after her, Choi tried to create some separation by going for a push kick. However, the Singapore-based Brazilian caught it and brought the match into the clinch, where she worked with her knees before throwing Choi to the ground.

The South Korean briefly swept Mazar to gain a dominant position, but the latter rolled right back to top position and into Choi’s guard. Then, she landed a clean left for good measure. 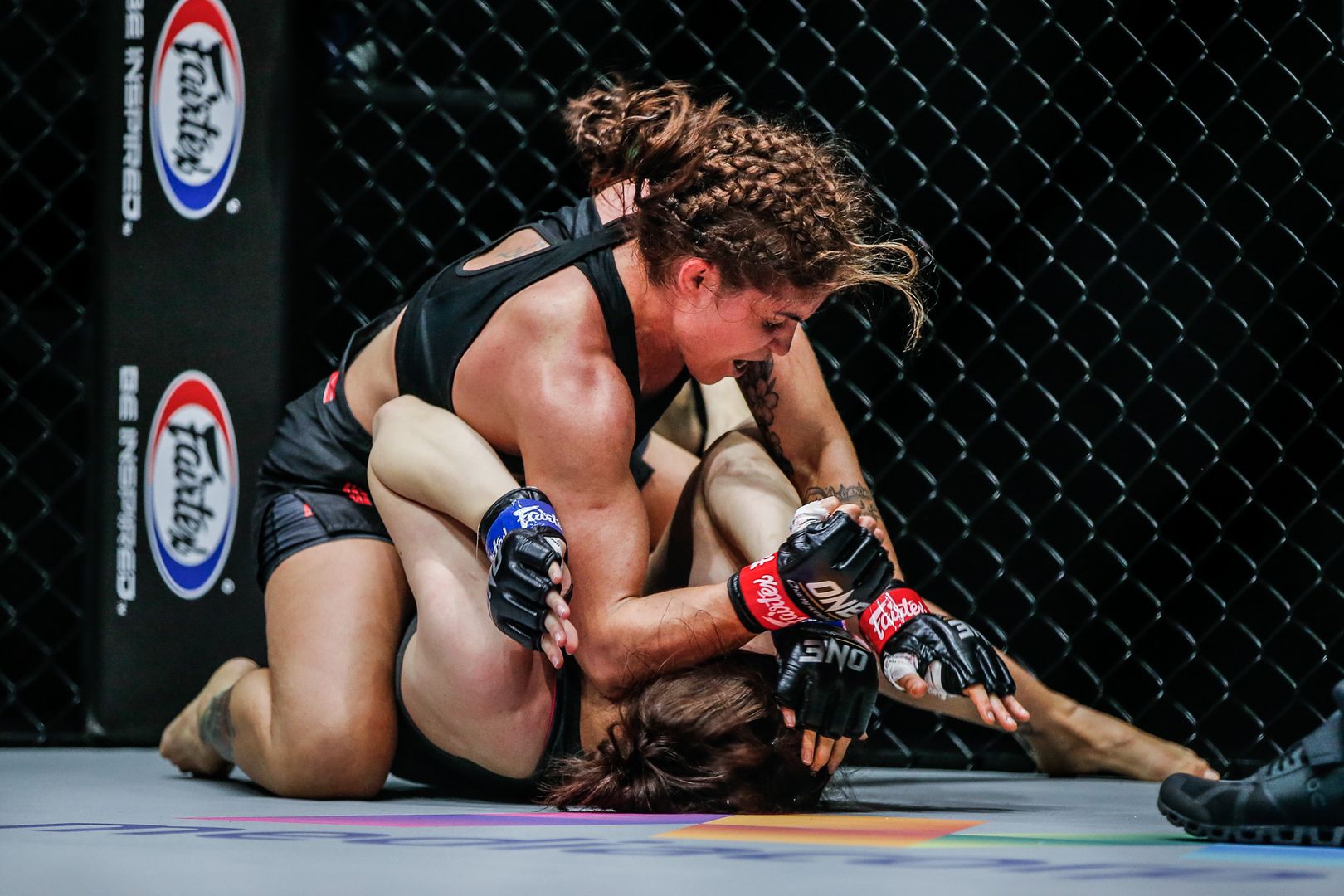 A quick exchange on the feet kicked off the second round before the ladies went back to the clinch. Choi tried to use her length to land deep knees into Mazar, while the Evolve representative worked with her short punches and elbow.

After a few foiled advances, the Brazilian finally got her rival back on the ground and worked from half-guard. Trying to get to a dominant position, Mazar allowed Choi some space to kick up – and the South Korean even connected on a few upkicks using her long legs.

The 34-year-old, however, jumped right back in and landed in side control, where she went to work with her fists. The round ended with Mazar still on top and landing a few short punches from half-guard. 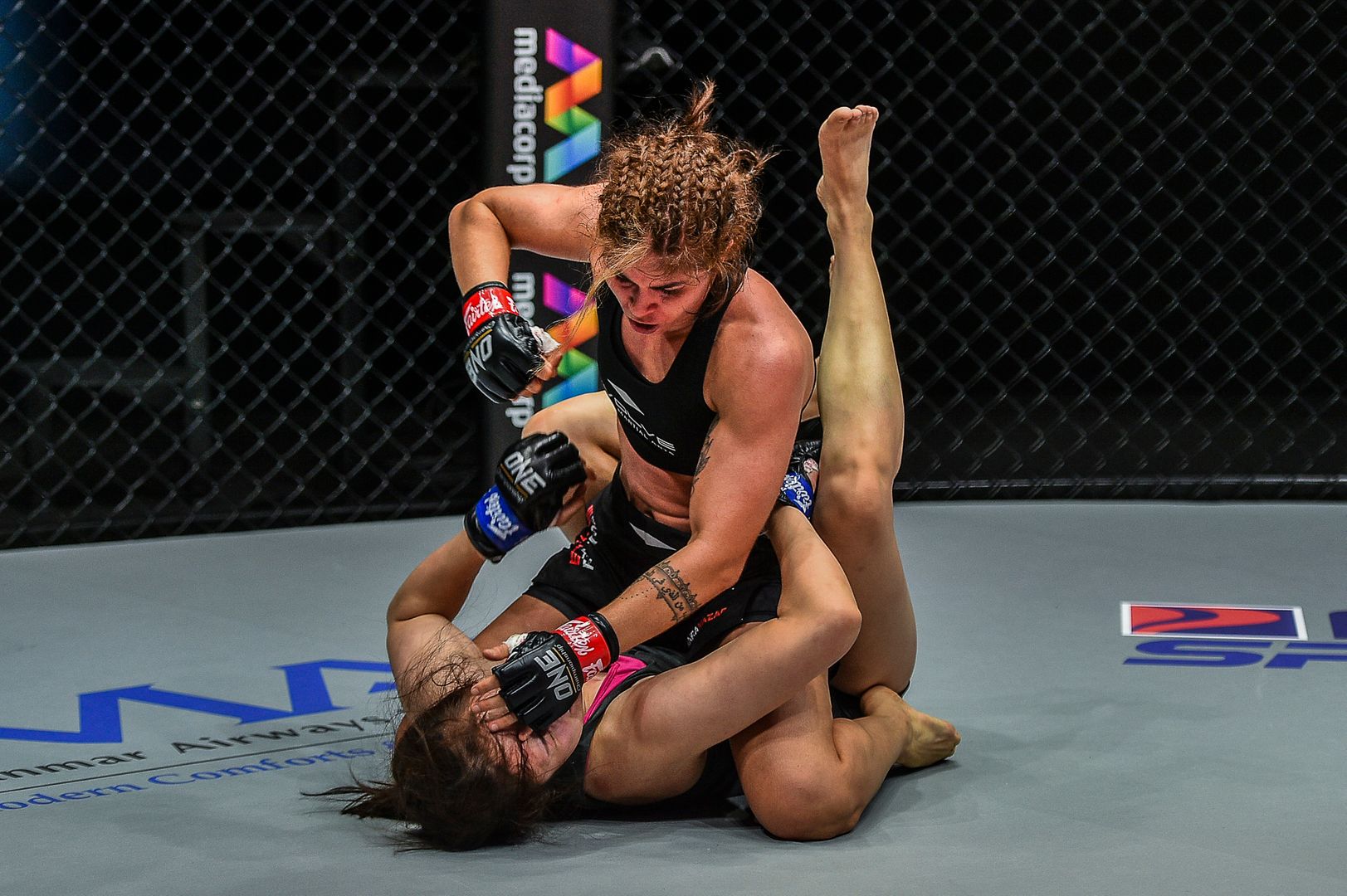 Sensing she had her South Korean foe all figured out, Mazar started the final stanza aggressively as Choi looked to utilize her kicks more.

After a flurry of punches from Mazar, she tied Choi up, took her back while standing, and dragged her back to the ground to set up the inevitable finish.

With two minutes left in the second round, the Brazilian finally got the mount and started connecting with short punches. Choi tried to break free, but Mazar stayed on top, postured up again, and then rained down a flurry of punches that forced the referee to stop the match with 34 seconds remaining. 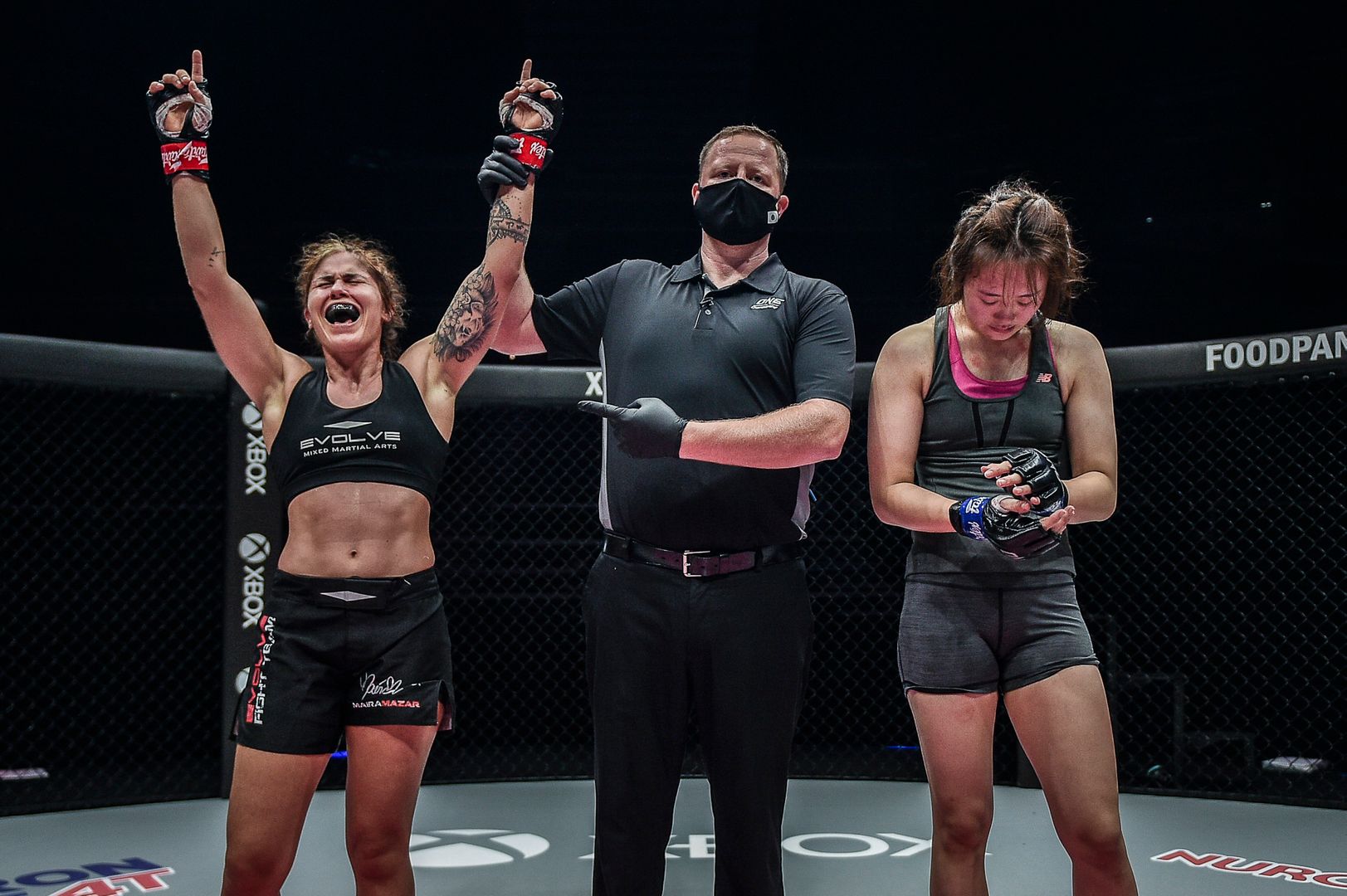 The win puts Mazar right back on track in ONE Championship’s women’s strawweight division, which is ruled by her Evolve teammate “The Panda” Xiong Jing Nan.