With her recent win over Choi Jeong Yun at ONE: INSIDE THE MATRIX IV last November, Maira Mazar has been the subject of many interviews.

But there was a time when Mazar was the one asking the questions.

The 34-year-old used to be a radio reporter for Jovem Pan – the main news network in São Paulo, Brazil, and the largest news network in the entire southern hemisphere. At the time, however, she lived with her mom in São José dos Campos, which was 90 kilometers away.

During that time, Mazar covered stories about local crime, politics, sports, and business. But it was a 2012 national story about Pinheirinho locals losing their community that left a lasting impression on the journalist.

Even though eight years have passed since the incident, Mazar still can’t shake the lessons it taught her.

“So today, when I want to complain about something, I always think, ‘Maira, don’t complain, be grateful.’” 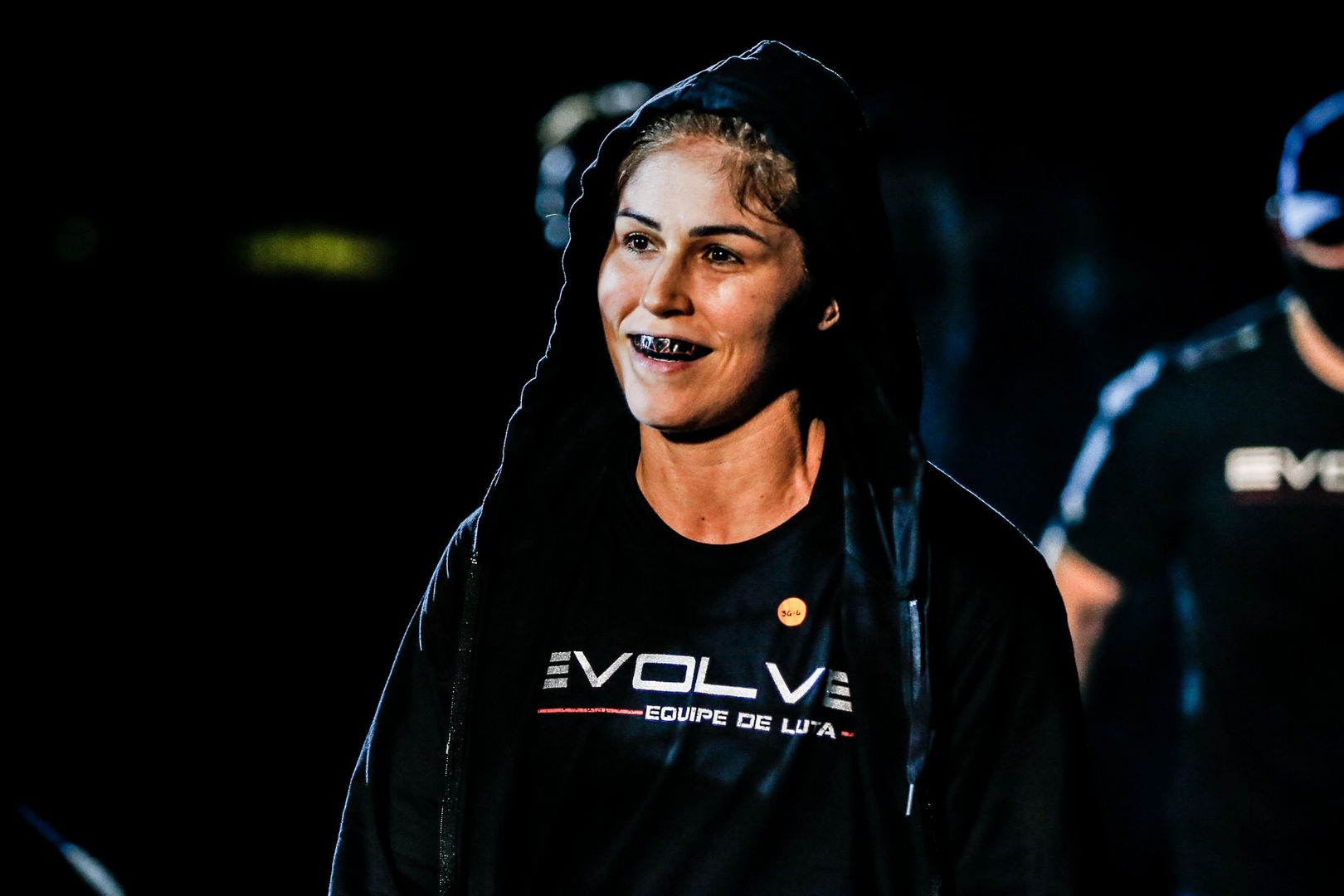 In 2015, just one year after she started her professional mixed martial arts career, her gratitude was put to the test.

The Brazilian left the radio station and went to live with her father in São Paulo, where she hoped to find better training and work opportunities in the South American metropolis.

But just as Mazar’s life was coming together, her father fell ill with Graves’ Disease. His thyroid began to overwork and produce more hormones than usual, which in turn led to more complications.

“He became depressed,” Mazar says. “And he had to take many exams, see a lot of doctors, and take a lot of medicine.”

The incident made Mazar realize how important her relationship with her father was. So, wanting to ease her family’s financial burden, she began to use part of her income from teaching martial arts to contribute to medical bills.

At the same time, she continued to compete in local promotions. But more often than not, she had to cover all the expenses herself.

“I loved to fight, but it was really hard because sometimes I fought for free,” she admits. “They never paid me. I fought only because I loved it, not because I was making money.”

In 2019, her luck suddenly changed. Evolve held global tryouts for its fight team, and Mazar traveled to Singapore to test her resolve.

After impressing the gym’s coaches, she was asked to join the team, which left her with an ultimatum: Would she move to Singapore and leave her family and ailing father in Brazil? Or would she stay with them and continue struggling to make ends meet?

Mazar and her parents talked, and they decided that she had worked too hard to let the opportunity pass.

Even with her parents’ blessings, though, the Brazilian didn’t feel fully comfortable being so far away from her family – especially her father.

“I was a bit scared because when I came to Singapore, he was still sick at the time,” she says.

“But we knew the money I’d be making in Singapore would help him because if he needed a doctor or had to go to the hospital, I would be able to help. I also knew that if he needed help, my mother would be there.”

Mazar’s choice proved to be fruitful. Since moving to “The Lion City,” her life has changed dramatically. She was also able to get her father the care he needed, and he is now healthy. 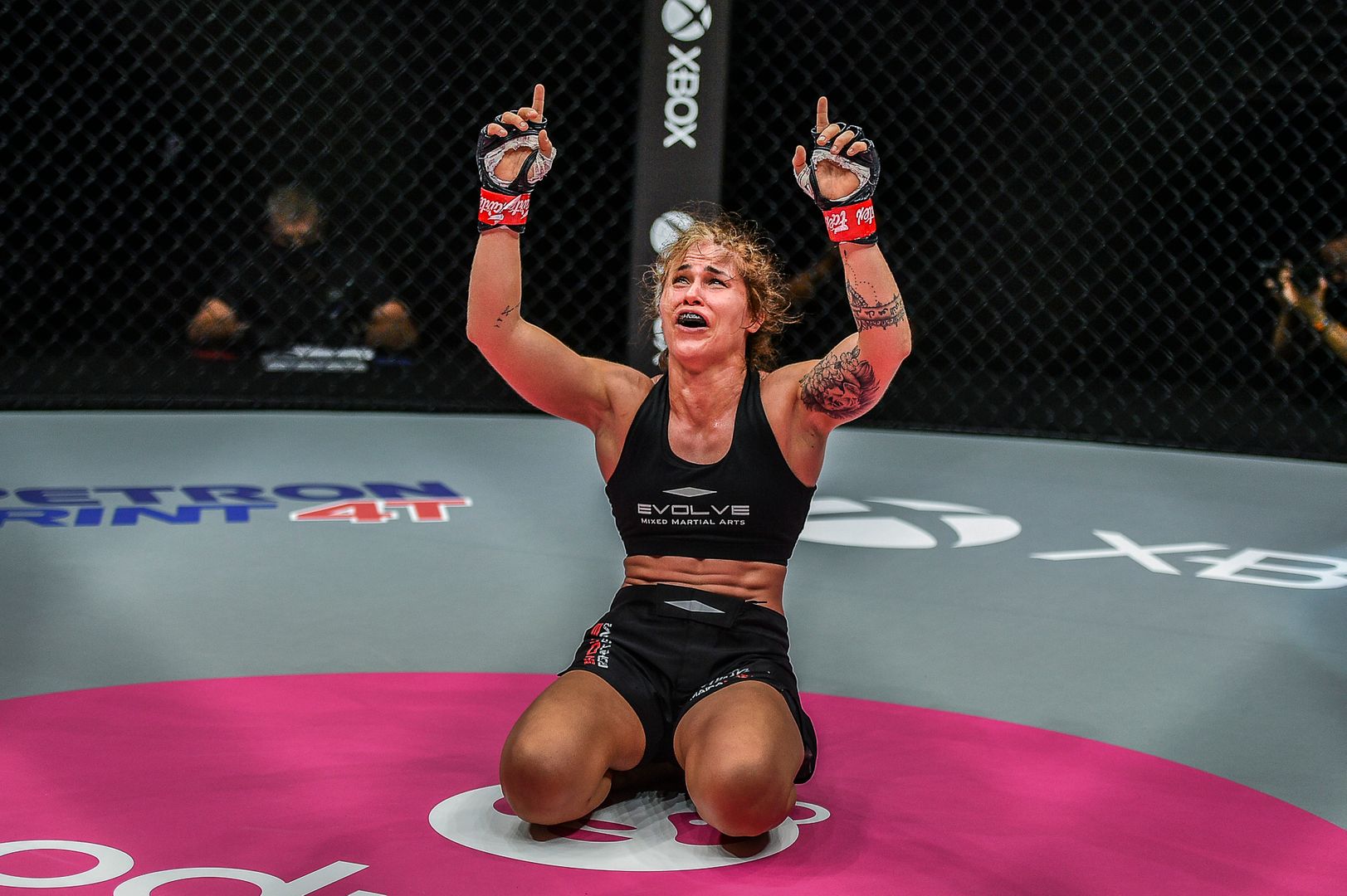 The journey was not an easy one, but it’s been rewarding, both for herself and her family.

With that said, Mazar’s next goal is to reunite with her loved ones – not by returning back to her motherland, but by bringing them to her adopted home country.

“Here in Singapore, I have nothing to complain about. My life here is really good, and I’m so grateful. I can walk with my cell phone in my hand and feel safe. I can walk late at night on the street and feel safe.

“Two years ago, I couldn’t imagine that I would be here in Singapore. I really believe God has a good plan for me.”