“The Southern Eagle” Ma Hao Bin is on the warpath towards title contention in ONE Championship’s flyweight division, and he furthered his quest with another impressive win in his latest outing at ONE: HERO’S DREAM.

Ma, a Chinese National Wrestling Champion, had a battle on his hands against Filipino knockout artist Eugene Toquero, but he still managed to pull off a first-round finish inside the Thuwunna Indoor Stadium in Yangon, Myanmar.

While he noted improvements in his striking leading into the event, Ma quickly relied on his wrestling base by swooping in for a takedown early in the opening stanza. Seeing an opening for a guillotine choke, he quickly grabbed on to Toquero’s neck and fell to his back looking for the submission, but the Filipino stayed patient until he slipped free.

Ma was absolutely relentless with his pressure, constantly looking for the takedown as the Filipino was doing everything in his power to scramble out of a series of bad positions. 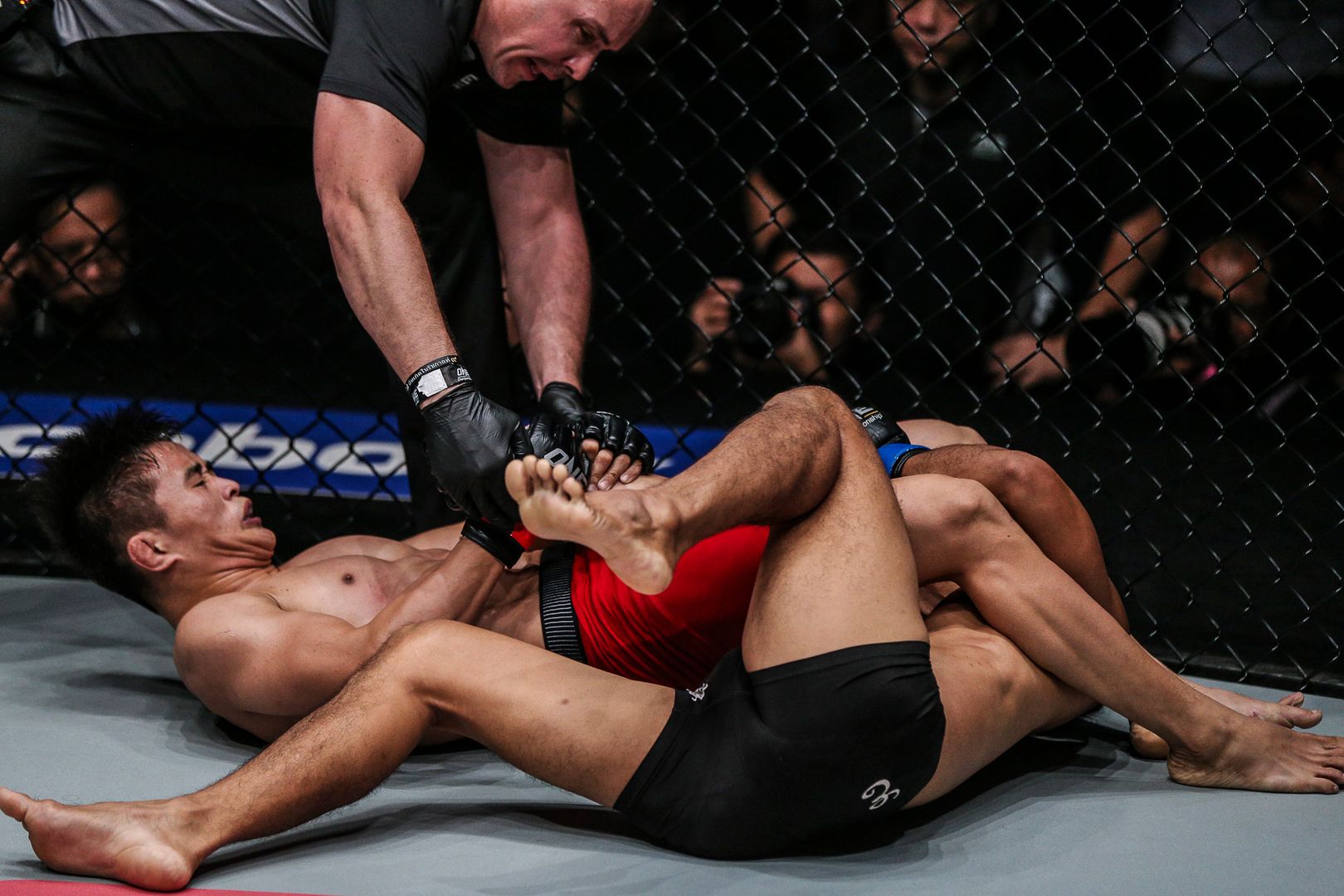 While he is best known for his top game where he typically unleashes some fierce ground and pound, Ma was just as dangerous from his back, as he continuously fished for submissions with Toquero on top, including an armbar that he grabbed with less than a minute to go in the first round.

“The Southern Eagle” quickly arched his hips to lock up the submission, as Toquero fell to the mat trying to resist until the bell sounded. But with his arm extended and nowhere to go, he was forced to tap out at 4:51 of round one.

The victory moves Ma to 9-1 overall. He rides a dominant six-bout win streak, and continues to move into the top of the promotion’s flyweight division.