Sam-A Gaiyanghadao has been unstoppable since moving down to strawweight and claiming both Muay Thai and kickboxing gold, but the living legend knows his next challenger presents the biggest threat to his two-sport reign.

The 37-year-old Thai icon will defend his ONE Strawweight Muay Thai World Title against rising star Prajanchai PK.Saenchai Muaythaigym in the main event of ONE: BATTLEGROUND, a closed-door event that broadcasts live from the Singapore Indoor Stadium on Friday, 30 July.

Sam-A – who boasts an incredible 370-47-9 career record – is aware that Prajanchai is highly talented, extremely fast, and possesses a devastating stand-up arsenal. Moreover, a certain Thai megastar has elevated his young rival’s game.

“Prajanchai is the most dangerous contender in the strawweight [division],” Sam-A admits.

“He is a well-rounded fighter. He is smart. He is skilled and experienced. This makes him the most dangerous contender in this weight class.

“His performance reminds me of Saenchai with the way he throws a weapon, his tricks, and so on. And Saenchai recently had trained with Prajanchai as well. Prajanchai learned and absorbed a lot from him.” 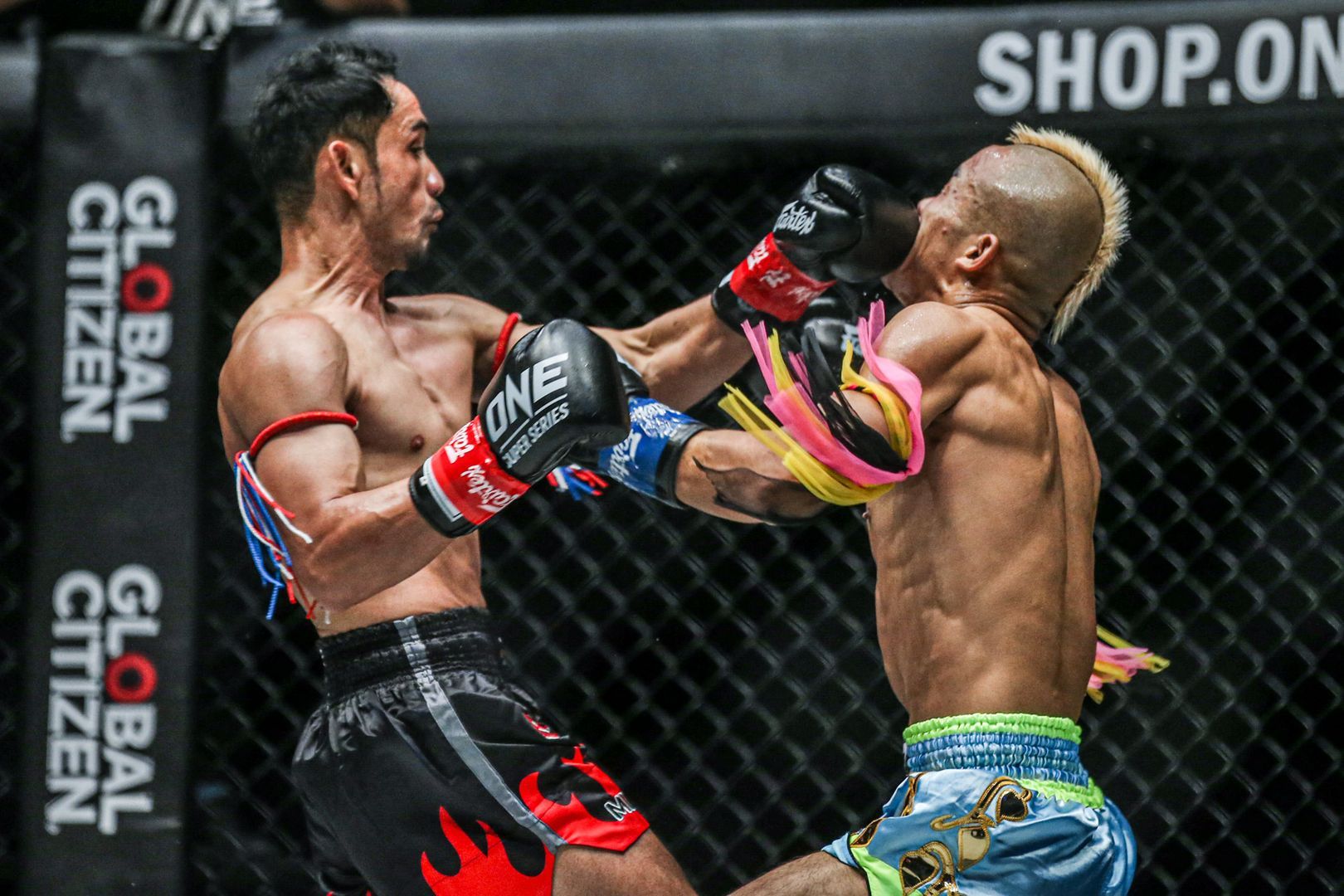 Even so, it will take a flawless effort to dethrone Sam-A, who’s yet to lose since moving down to the strawweight division.

“That fight was my first time defending my title in the strawweight class. I was excited and a bit nervous,” Sam-A says.

“But once I stepped into the ring and did the fight, I found that I performed better than I expected. The moment that I hit him, I found his weakness. Then I threw my punch there and knocked him out.” 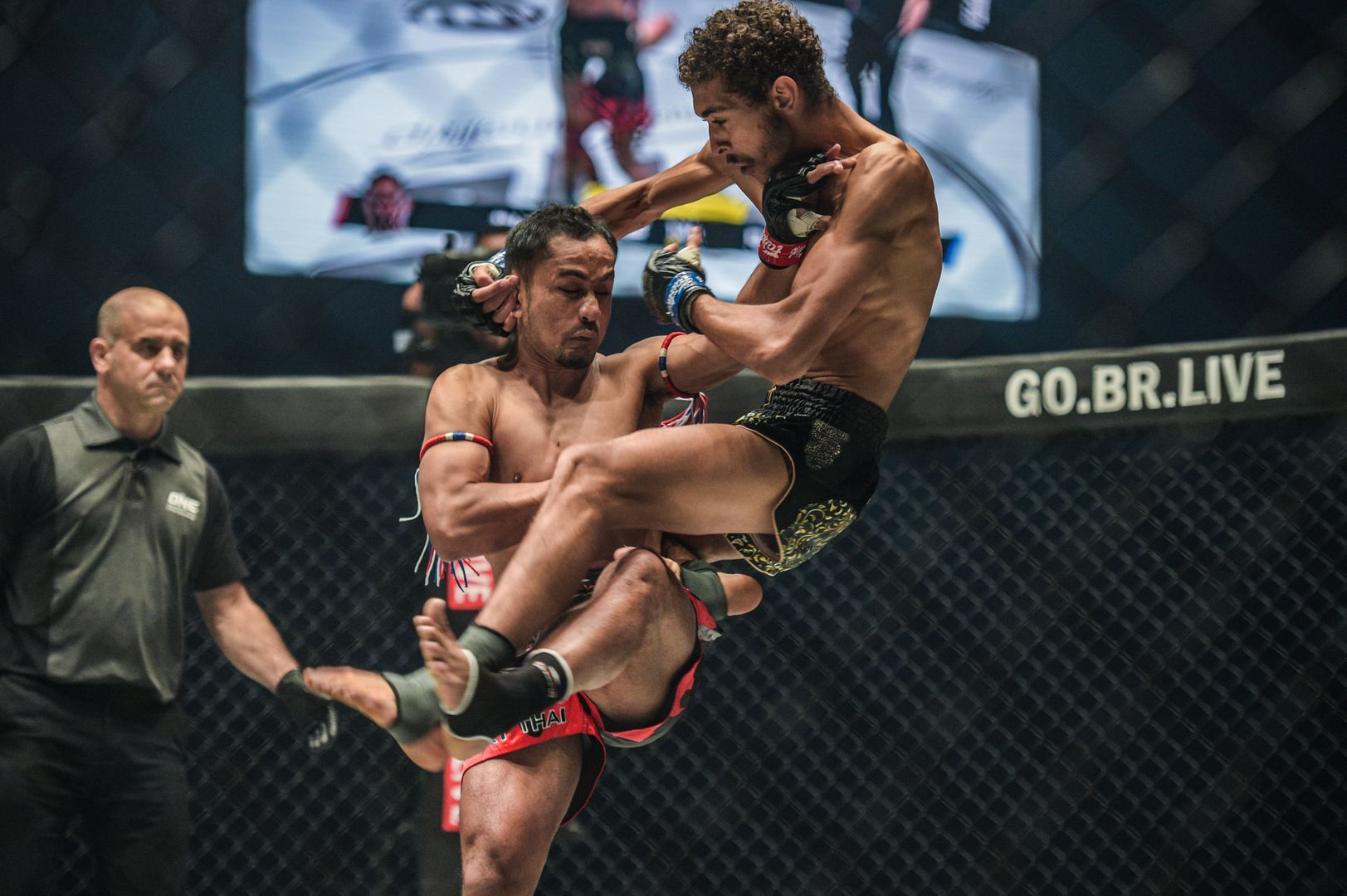 It may be a little bit more difficult to find Prajanchai’s weakness, though.

Prajanchai is already considered an incredible striker, and by putting on the 4-ounce MMA gloves for this upcoming World Title challenge, his punches should be even more lethal.

While Sam-A is concerned about his young rival’s speed and ability to chain techniques together, he doesn’t fear Prajanchai’s power.

“As far as I see, his weapons are not that heavy, but he has combination attacks and he has speed,” the strawweight king says.

“He is tricky, and he has many tactics. His strong points are his speed and his combination attacks, but speaking of his power, I will not count it in. His weapons are not heavy.

“The thing that I can use to defeat him are my weapons from the left side – the left punch and left kick – which brings me to success.

“Fighting with Thais, it’s not easy to knock them out because he is fast and he is skilled. It might be hard to do that. But if I have a chance, I will grab it.” 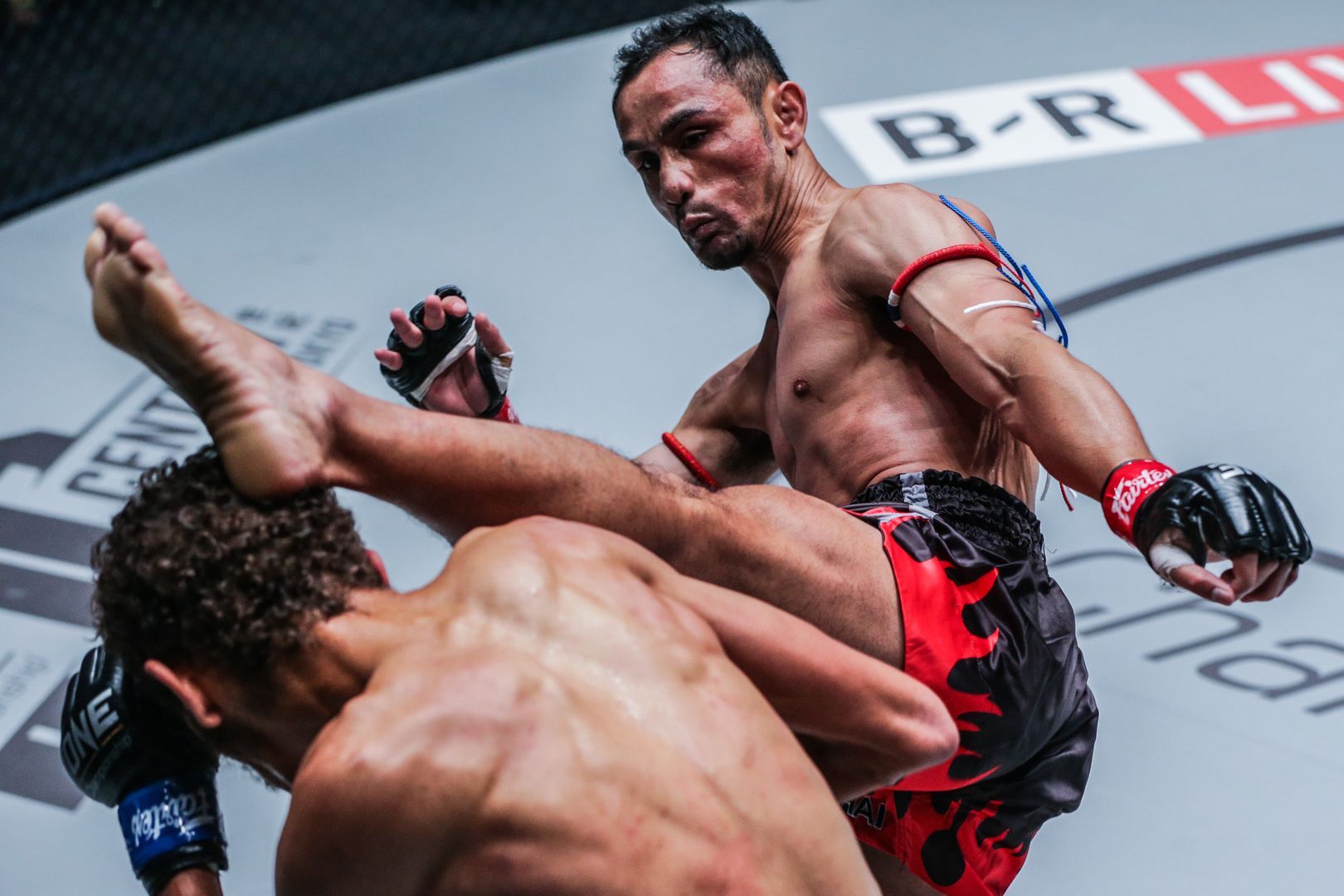 While all Muay Thai fighters hope for a highlight-reel knockout, recent comments from Prajanchai gave the defending champ some extra motivation.

The challenger stated that Sam-A’s chin is his weakness and that he plans to expose it during this main event showdown.

It’s a bold statement – one the reigning titleholder strongly disagrees with.

“The chin is an organ, and an organ is made from flesh. Its owner must get some effect when it is punched,” Sam-A says.

“If he thinks that he can simply throw his punch at me and I’ll just stand there and take it – and if he thinks that he is the only one who can throw a weapon without getting any damage – then his thinking is all wrong. Speaking is much easier than doing.” 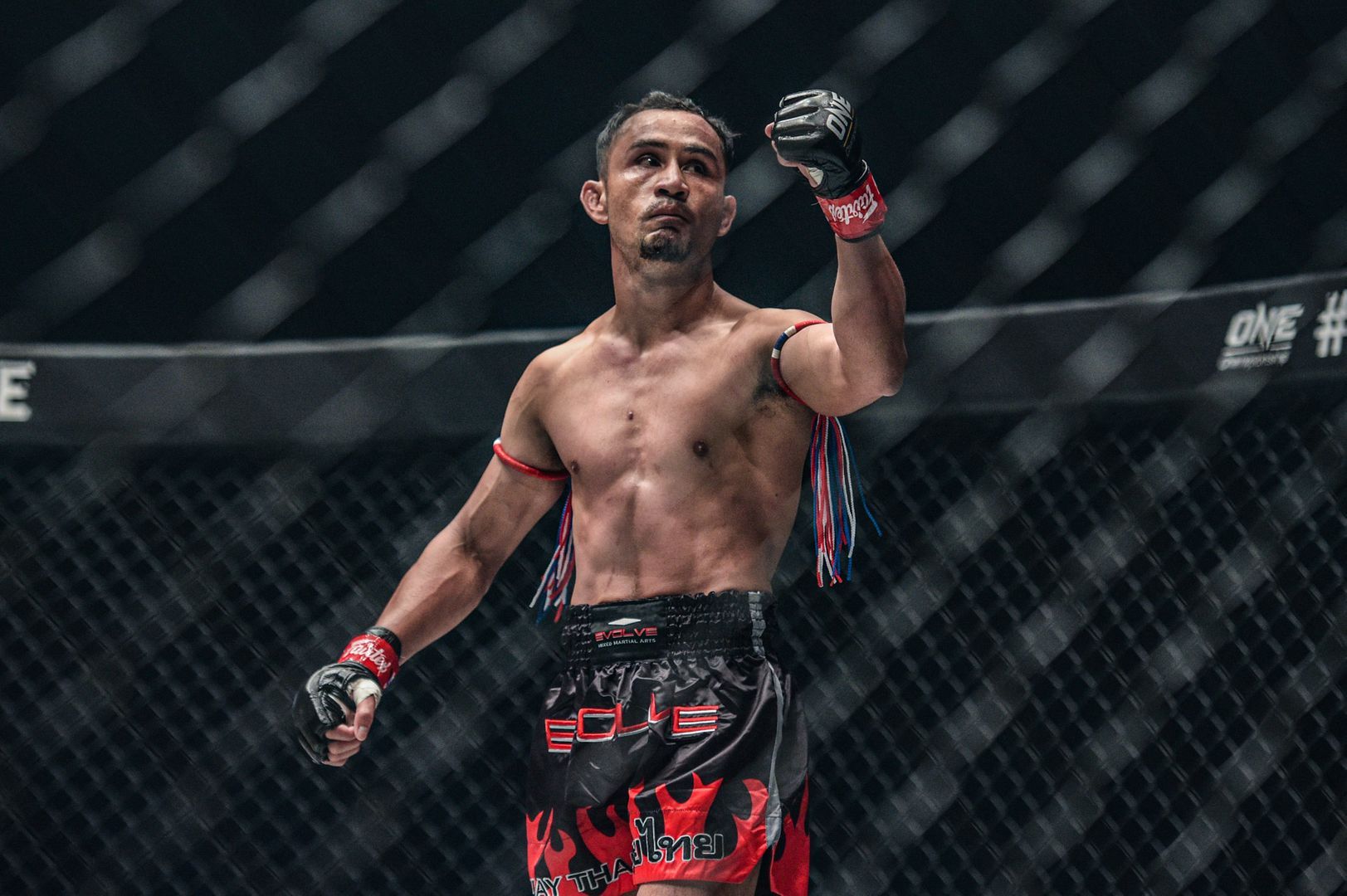 Now, the living legend will get his chance to silence Prajanchai – and the critics who believe Father Time is starting to creep up.

Though the Thai star is a two-sport ONE World Champion and has soundly defeated most of the top-ranked strawweight contenders in both Muay Thai and kickboxing, some have questioned whether his form is beginning to dwindle.

But come 30 July, Sam-A intends to firmly silence those doubts with a performance to remember.

“The only thing that I want to prove is myself,” he says.

“Everyone says that I am too old for fighting. This fight is my proof – the proof that I still can fight or not. I need to prove myself in this fight.

Read more: 5 Thrilling Knockouts From The Stars Of ONE: BATTLEGROUND