“Left Meteorite” Kulabdam Sor. Jor. Piek Uthai could not have faced a much tougher assignment in his ONE Championship debut on Friday, 6 September.

At ONE: IMMORTAL TRIUMPH in Ho Chi Minh City, Vietnam, the Thai superstar went up against Bobo “The Panther” Sacko – a WPMF Muay Thai World Champion and one of the most durable competitors ONE Super Series has seen so far.

Despite his strong opponent at the Phu Tho Indoor Stadium, the 20-year-old from Surin took home the unanimous decision to get his campaign in the bantamweight division off to a great start.

Kulabdam came into the contest with a ton of hype and top-level experience as a two-time Lumpinee Stadium Muay Thai World Champion with a 60-10-5 record, but he admits he was taken aback by his first appearance on the global stage.

“It was a very cool experience for me. I was happy, but also really nervous,” he says.

“The crowd was amazing, it felt great to have their support, even though I was fighting away from home, but I felt a little bit of pressure as it was my first time with ONE.”

The nerves of the 2017 Sports Writers Association Of Thailand Fighter Of The Year soon settled when he started to mix it up with his French opponent and landed his most dangerous technique.

A pair of powerful left hands put Sacko on rollerskates and forced a standing eight-count from the referee, which gave Kulabdam a big advantage for the rest of the contest.

“After the [count], I felt that I could beat him for sure. No matter what, I knew I’d win because I wasn’t going to go down,” he explains.

“When he got back up, I wasn’t focused on knocking him out or finishing the fight. I just wanted to keep up the momentum and not be careless.” 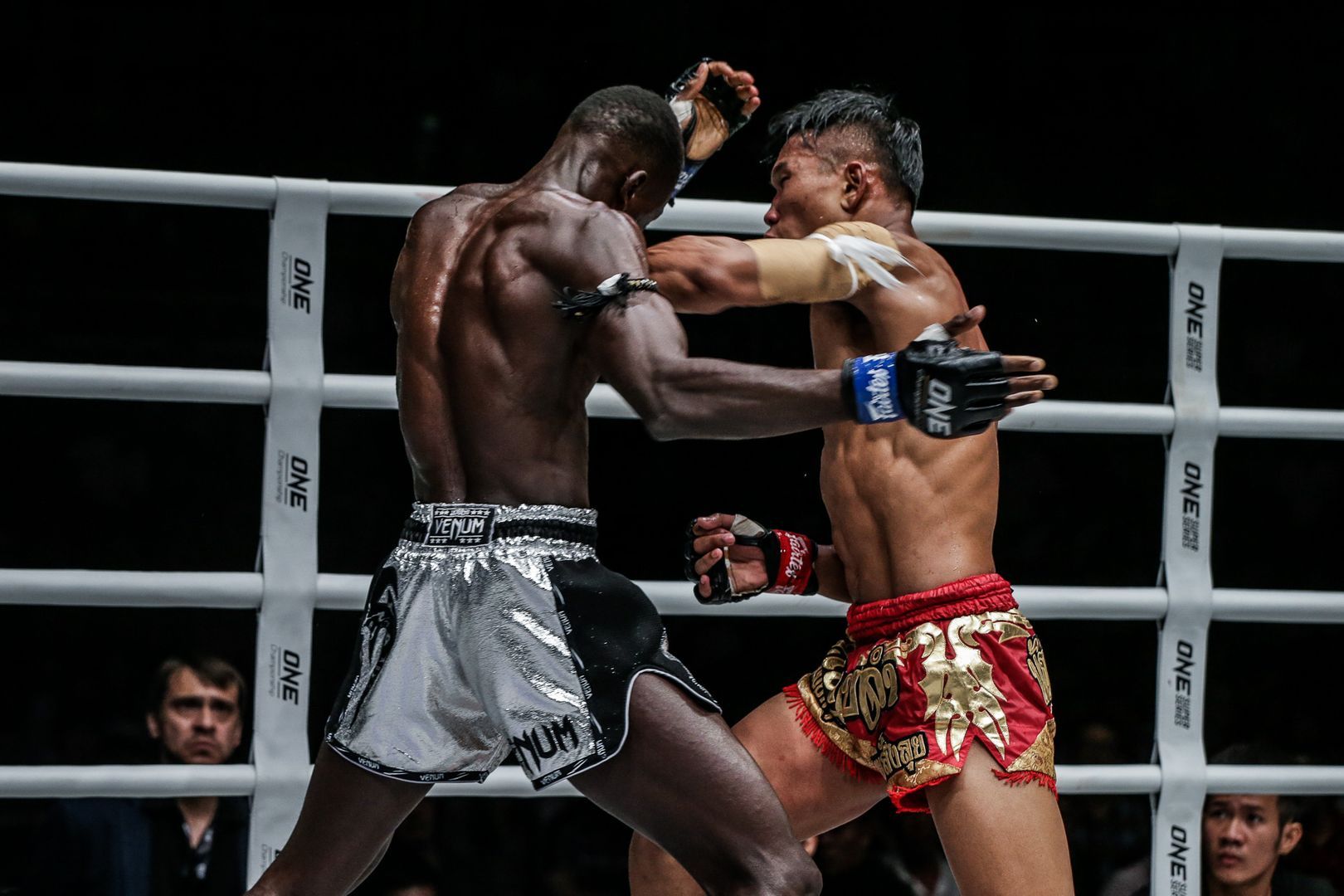 That was the most significant moment of the match-up, but to many people’s surprise, it was not the beginning of the end for “The Panther.”

The man from Paris survived and started to look increasingly dangerous as the bout wore on as he made use of a significant height and reach advantage.

Kulabdam explains that he had a strategy to land leg kicks and follow up with punches to counter Sacko’s size, but he had to throw with extra power, and that was one of the factors that contributed to him slowing down in the final round.

“His punches were really strong and he was good in the clinch. After the first round, my corner told me to watch out for these things,” he says.

“After the second round, I got hit with a few shots and was surprisingly a bit tired. It was weird, I think three rounds was more tiring than five rounds, but I think the excitement had a lot to do with that.

“I felt I won the second, and I knew I had a bit of a lead going into the third. My plan for the third was to not be careless and just keep up my momentum.

“I felt I was winning in the beginning, but that he took the end of the third. I wasn’t worried, because I knew that he couldn’t finish me and that my lead was strong enough to hold the win.”

Despite the difficulties he faced, “Left Meteorite” was delighted to appear in The Home Of Martial Arts for the first time and give fans a taste of what he brings to the ring.

Now that he has found his feet and passed a difficult first test, he is confident he can go on to put on better performances in the future.

“I think I showed my style well this fight, and utilized my leg kicks and punches well,” he says.

“It wasn’t my best performance, but I promise my next fight will be even better! I am looking forward to returning. I think it a lot of it was just those pre-fight jitters and that I need more experience in ONE.

“I want to keep fighting with ONE, the whole experience was amazing, I loved every minute of it!