“The Fighting God” Kim Jae Woong came into the Singapore Indoor Stadium and shook up the promotion’s exciting featherweight division once more.

The South Korean put on a performance to remember by dominating #4-ranked featherweight contender Tetsuya “MMA Fantasista” Yamada en route to a second-round TKO win at the previously recorded ONE: BIG BANG II on Friday, 11 December. 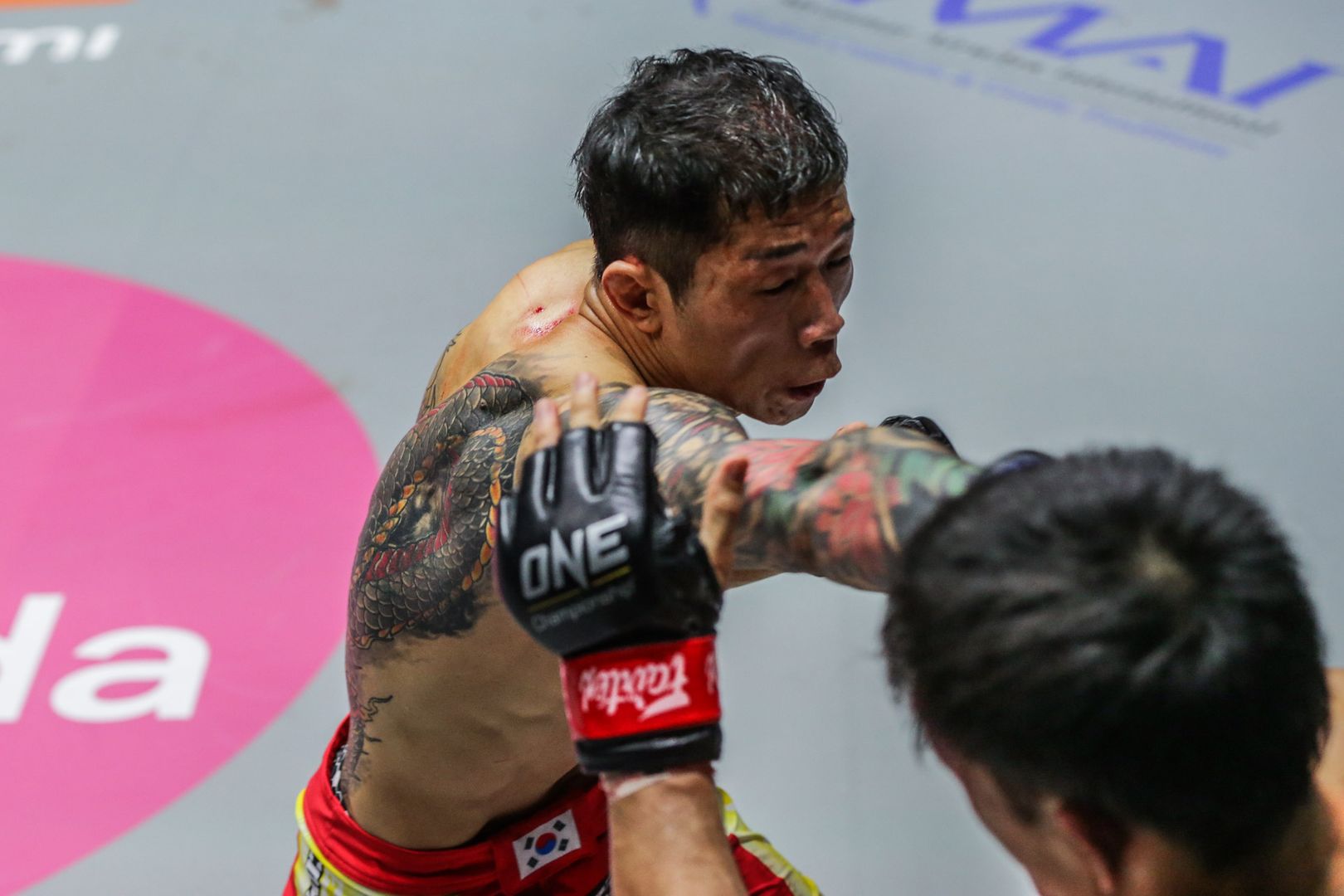 Kim made his intentions known early, as he set the tone with a heavy leg kick and cracking right hands. Yamada immediately switched gears and dropped for a takedown, but Kim was having none of it as he defended the Japanese athlete’s advancements well.

Every time Yamada tried to pursue a takedown, Kim had answers, even landing a beautiful spinning backfist as the fighters separated from the clinch.

However, with the Tiger Muay Thai representative determined to get the match to the ground, Kim stayed composed and countered one of Yamada’s trips. The South Korean landed on top – and that’s when the carnage started. 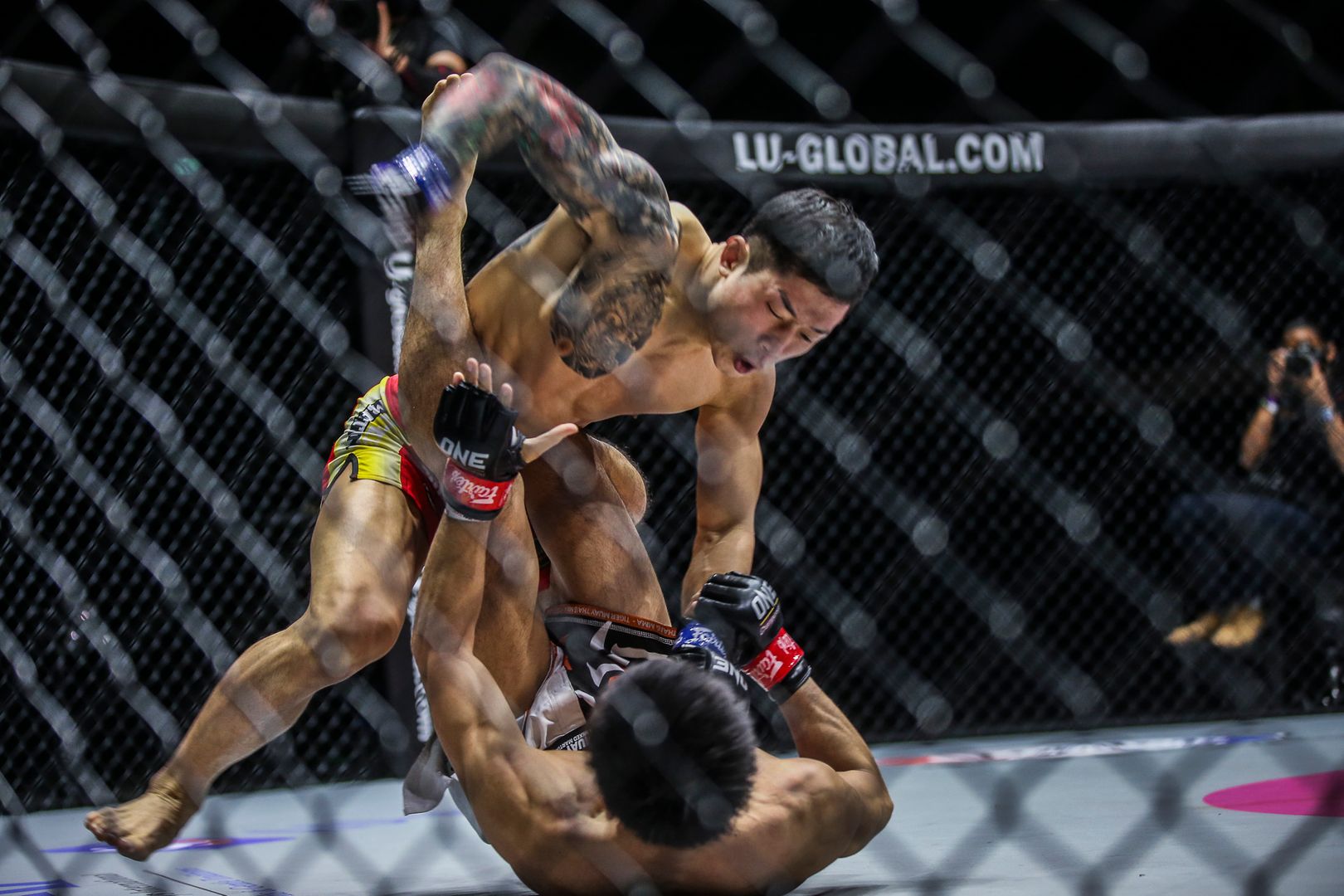 Showing great accuracy from the guard position, Kim rained down elbows and punches and the damage soon began to manifest itself on Yamada’s face.

The Japanese star had one more ace up his sleeve near the end of the round, as he pulled guard into a kimura attempt and then transitioned to an armbar. But Kim remained calm, stepped over his foe, and landed a few more elbows.

When “The Fighting God” let Yamada return to his feet, the referee called a timeout to inspect an open wound on the Japanese athlete’s head. After the doctor allowed the match to continue, the two exchanged strikes and Kim eventually closed the distance and clinched with his rival against the Circle Wall to end the opening stanza. 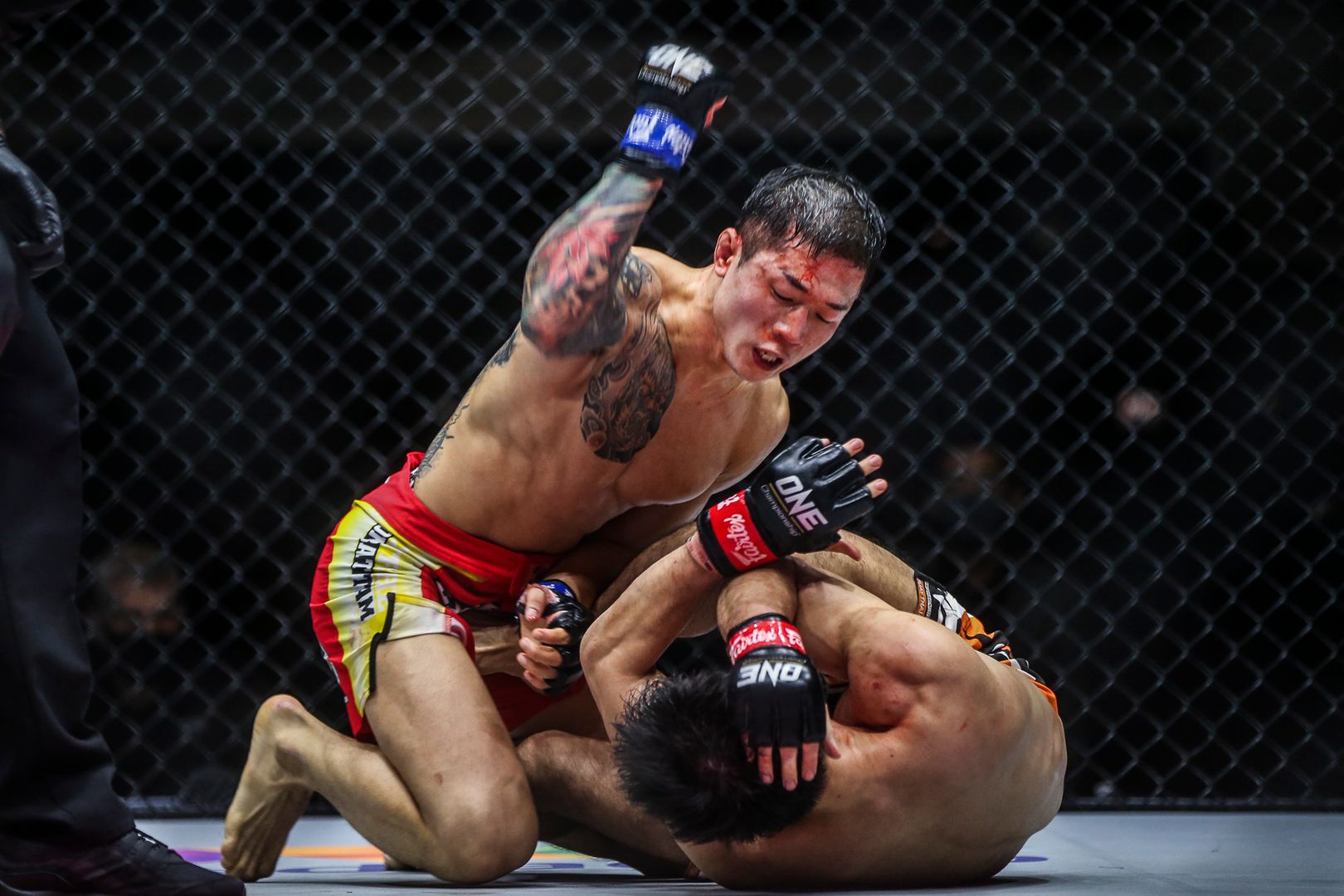 In the second round, it was evident that Yamada wanted the match on the ground as soon as possible. He repeatedly shot in for takedowns and trips, but Kim’s fantastic defense was on full display.

The South Korean continued to defend his rival’s attacks, and even when they went to the ground, he maintained a dominant position and landed clean strikes from the top.

After the doctor inspected the damage on Yamada’s face again, he allowed him to continue, and the athletes squared off once more in the final minute of the round. An exhausted Yamada went for the trip takedown, but just like his previous attempts, Kim countered and found himself in a favorable position. 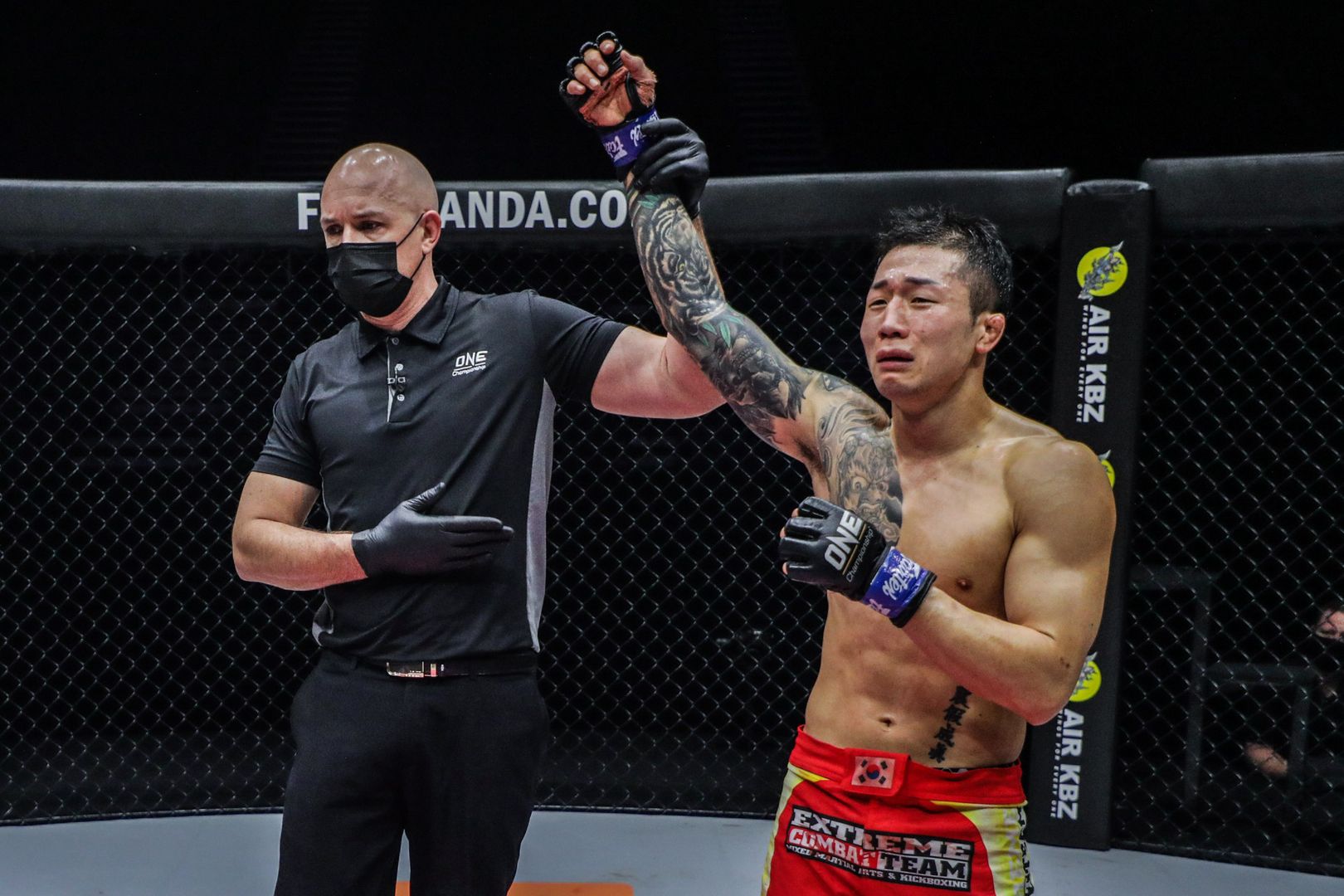 This time, the Extreme Combat representative wasn’t going to let the opportunity slip away. He repeatedly landed clean hammerfists and punches, leaving referee Olivier Coste no option but to stop the match with 24 seconds remaining.

The win was a huge one for Kim, who bounced back from a third-round TKO loss to the #3-ranked Koyomi “Moushigo” Matsushima.

With a splendid performance against the #4-ranked contender, the South Korean could find himself entering the division’s top five rankings – adding yet another potential challenger for newly crowned ONE Featherweight World Champion Thanh Le.