Former ONE Flyweight World Champion Kairat “The Kazakh” Akhmetov is so happy, he can barely contain his excitement.

He will realize a lifelong dream when he gets the opportunity to compete in Tokyo, Japan on Sunday, 31 March.

The Almaty, Kazakhstan native meets Australia’s Reece “Lightning” McLaren in a ONE Flyweight World Grand Prix quarter-final bout at ONE: A NEW ERA, and he hopes a victory will lead him closer to the super-bout he has always desired.

The 31-year-old talks about McLaren, the tournament field, and much more in this exclusive interview.

ONE Championship: What were your initial thoughts when the ONE Flyweight World Grand Prix was announced?

Kairat Akhmetov: I think the Grand Prix is a great idea. It’s very interesting for both the competitors and the audience.

All eight fighters in the bracket are very talented, and I am excited to be there. It’s a great opportunity for us all — not to mention it’s also insane to be on the same card as Demetrious Johnson. My goal now is to go as far as possible in the Grand Prix.

ONE: You drew Reece McLaren in the quarter-finals. What do you know about him?

KA: I have been watching him for a while. We actually met and said hi a couple of times. I’ve been waiting for our paths to cross. He is a favorite and I am an underdog in this fight, but I like fighting as an underdog.

Reece is a strong and talented fighter, and he was a title contender one weight class up. He is a well-rounded fighter with excellent striking and great stamina.

I do not see any big holes in his game, but I noticed a couple of mistakes that I am not going to mention now. I have no doubt that we will give the spectators a good show. 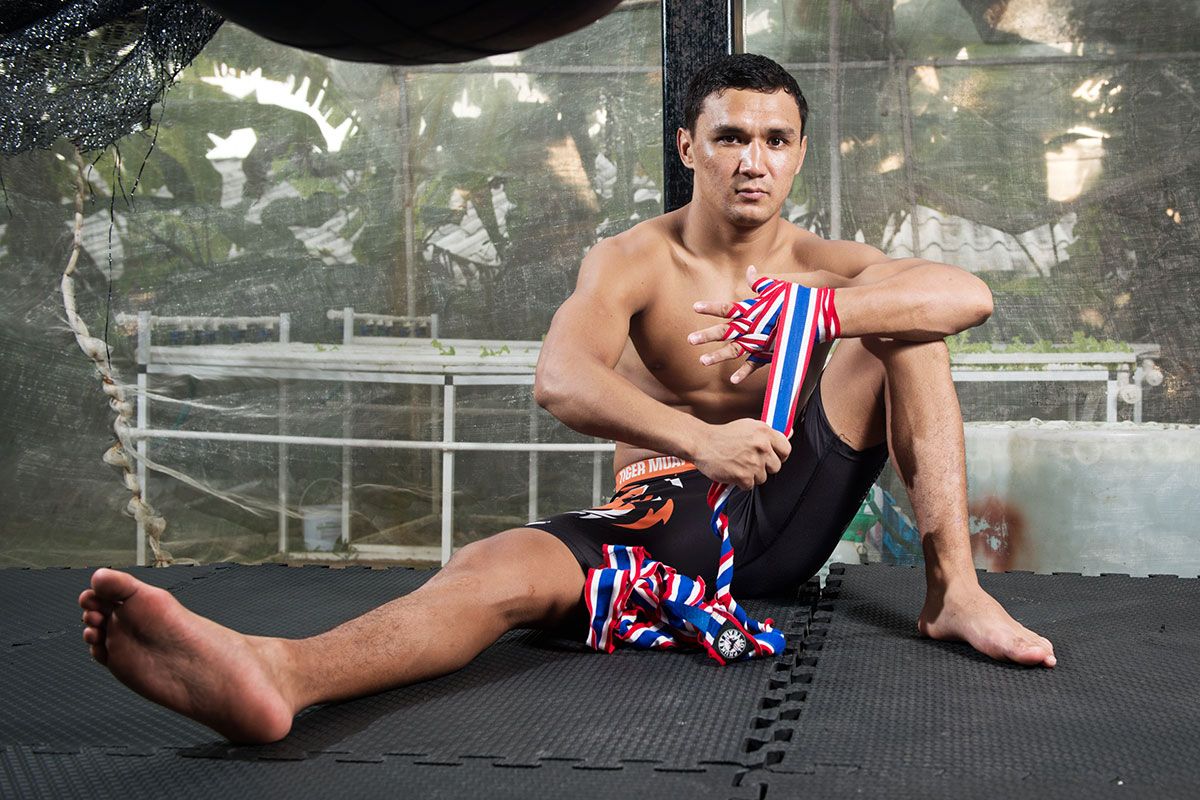 ONE: How do you envision this bout going, and how has your training changed for this match-up?

KA: My coach and I are working on a solid game plan now to get me ready for war.

I think we will fight both standing and on the ground. I haven’t changed my training overall specifically for Reece. As I said, he is a well-rounded fighter. I have to work hard [to get the victory].

ONE: If you win in Tokyo, you will face the winner of the quarter-final bout between Andrew Leone and Danny Kingad. Who do you think will win?

The American fighter has good wrestling skills and the Filipino is an excellent striker, but I don’t worry about them or any other fighters in the bracket at the moment. My eyes are on McLaren now.

But I hope that I will get to face Demetrious Johnson. He is a legend of the sport, and it would be an honor to share the cage with him regardless of the outcome. I hope to make it to the finals and face him.

ONE: What does winning mean to you?

KA: As MMA fighters, we train for the victory because it feels amazing to be a winner.

I remember how horrible defeat was… it was the worst day of my life. People in Kazakhstan get very emotional about the sport, so when you win, you are a hero.

But when you lose, haters come out of every corner and boy, do they start talking rubbish about you. Debates get very heated in Kazakhstan, so losing becomes very dramatic. ONE: Finally, how excited are you to compete in Japan?

KA: I’ve never been to Tokyo, but have always dreamed about it. I am looking forward to competing in front of the Japanese crowd because so many martial arts came out of Japan.

I don’t know much about Japan, but I’ve heard the country is very developed, and that the people are very polite and warm. I can’t wait to go there.

I hope there will be enough time to walk around, do some sightseeing, and enjoy the culture and architecture. I might visit some museums. I really want to try proper Japanese sushi and see if it is any different from what we eat everywhere else in the world. Sushi in Japan must be the best sushi on the planet.