Australian flyweight kickboxer Josh “Timebomb” Tonna set the standard for the action at ONE: MASTERS OF DESTINY with a fantastic comeback win against Yoshihisa “Mad Dog” Morimoto.

The 31-year-old from Canberra gave himself a job to do when he fell behind in the opening round of this ONE Super Series kickboxing match as his Japanese opponent opened up with an aggressive approach.

Australia’s Josh Tonna kicks off ONE: MASTERS OF DESTINY in style with a hard-fought unanimous decision win over Yoshihisa Morimoto!

Australia’s Josh TimeBomb Tonna kicks off ONE: MASTERS OF DESTINY in style with a hard-fought unanimous decision win over Yoshihisa Morimoto!????: Check local listings for global TV broadcast????: Watch on the ONE Super App ????http://bit.ly/ONESuperApp

However, Tonna admits he can be a slow starter, but he is always confident he can adapt and turn things around.

“Yeah man, sometimes I just like to see what they have to offer and, unfortunately, it sometimes takes a whole round – like with Morimoto,” he explains.

“I’ve done it for pretty much my whole career, but then I just make the adjustments needed to win the fights.”

The ISKA K-1 World Champion started to find his groove toward the end of the opening period, but it was too late to take the round.

However, following some wise words from head coach Kieran Walsh in his corner, “Timebomb” came out of his corner ready to go after the restart. “In the last sort of 30 seconds [in round one], I got a few left kicks on him. That’s something we were planning anyway – to throw bulk left kicks from orthodox or southpaw,” Tonna adds

“He said some of those last kicks were really good, so stay away from his power and circle to the right, and throw as many as you can.

“The kicks and step knees worked well. I tried to sort of mix up a left straight, or occasionally a left hook or low kick – just put them together – but preferably start or finish with the left kick to disguise the other techniques.”

The Muay U and Stockdale Training Centre representative continued to execute that strategy and clearly won the second stanza.

That left three more minutes for one man to put a stamp on the contest but by this stage, the man from the Australian capital was ready to handle any offense that came his way, and respond with his own – including a head kick that wobbled his rival – to secure the victory. “We were really confident after the second round,” he says.

“He was getting tired, and Kieran said he was going to come out really strong – just be prepared for it and keep doing the kicks, keep circling, keep the space, just be prepared for the punches. I thought I’d slipped a few of his punches, so he said to keep that up, and I would win.

“I was confident that [the decision would go my way]. I thought I did enough.”

All three judges agreed as they awarded “Timebomb” the victory via unanimous decision – the 33rd win of his career and his second in The Home Of Martial Arts following his defeat of WBC Muay Thai World Champion Joseph “The Hurricane” Lasiri last year.

Tonna wants to build on his triumph by getting back into the Circle quickly, but despite his successes in the flyweight division, he believes he can show ONE Championship fans his best performances with a change of scenery. 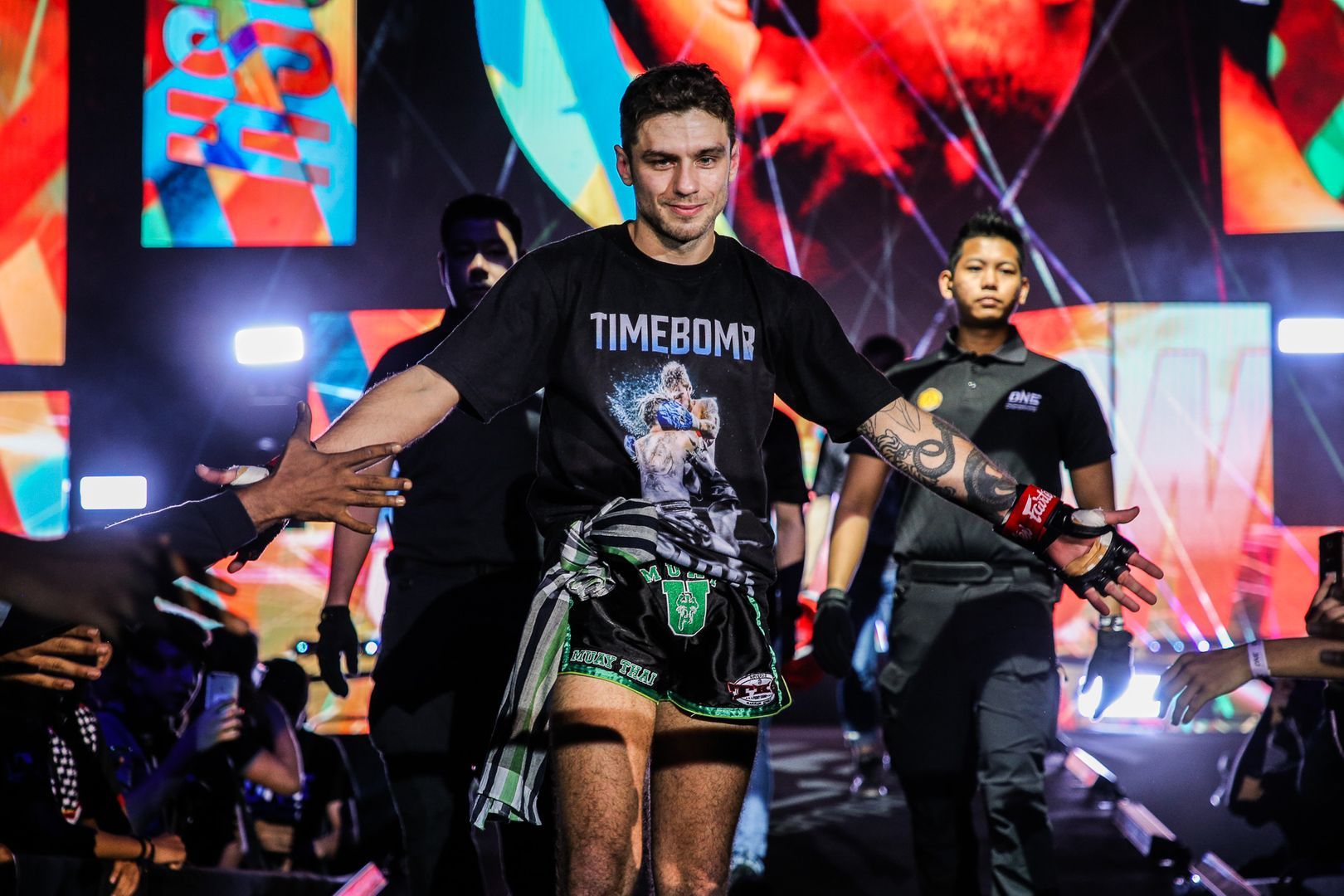 “I knew a win would set me up for another big fight or put me in the direction of one day getting a belt,” he says.

“I want to be busy. I asked to go on the Vietnam card in September. I also want to go down to the division below. I think [strawweight] is just about to open up, so I want to drop down to that one.

“I think the flyweights are just a little bit too big for me. I was in pretty good shape, but man, the guys in there are huge. They look like bodybuilders and they’re really fit, so I want to look like that as well!

“I think I’ll have more success. There will be a noticeable strength advantage if I drop down, for sure.”