You could not tell from her performance, but Priscilla Hertati Lumban Gaol was battling an injury when she faced one of the toughest challenges of her mixed martial art career at ONE: FOR HONOR.

However, she overcame adversity to earn a unanimous decision against Kun Khmer World Champion Nou Srey Pov in her native Jakarta, Indonesia, thanks to the presence of one special person in her life.

For the first time, “Thathie’s” mother was in the arena to watch her daughter compete on home soil.

“When I found out that my mother came, I was very surprised and could not believe it,” Lumban Gaol smiles.

“I thought it was impossible for my mother to watch my bout, because she rejected my invitation to attend when I was still at the hotel before the bout. She said that she would pray for my victory from home.

“Honestly, even though there is the ONE App and live broadcast on TV, she was always adamant about not watching my bouts, since she could not bear watching me being hit by my opponent.

“Then, when I finally found out she was there, I tried to remain calm and told myself that I should give my all for this bout. At the end of the match, when the judges announced that I won, I was extremely happy.”

As well as receiving added inspiration, Lumban Gaol revealed the presence of her mother also helped her block out the pain of an injury she had carried into the contest.

Indonesian hero Priscilla had some very special fans cheering her on!

Indonesian hero Priscilla had some very special fans cheering her on tonight! ????Watch the full event on the ONE Super App ???? http://bit.ly/ONESuperApp | TV: Check local listings for global broadcast

“I injured my left foot two days before the match, and I was worried that it would affect my performance,” she admits.

“But knowing that my mother was there, the pain suddenly went away, and I returned to my focus to win because I wanted to perform at my best, not get too beaten up, and win the bout for my mother.

“That was my main motivation to keep myself firm and do my best to secure my victory.”

“Thathie” would have kept her parents happy for most of the match as she controlled Srey Pov on the ground, and attacked with strikes and submissions.

However, her mother might have covered her eyes when the athletes went toe-to-toe in the final few seconds, although her daughter emerged relatively unscathed, and with her hand raised. 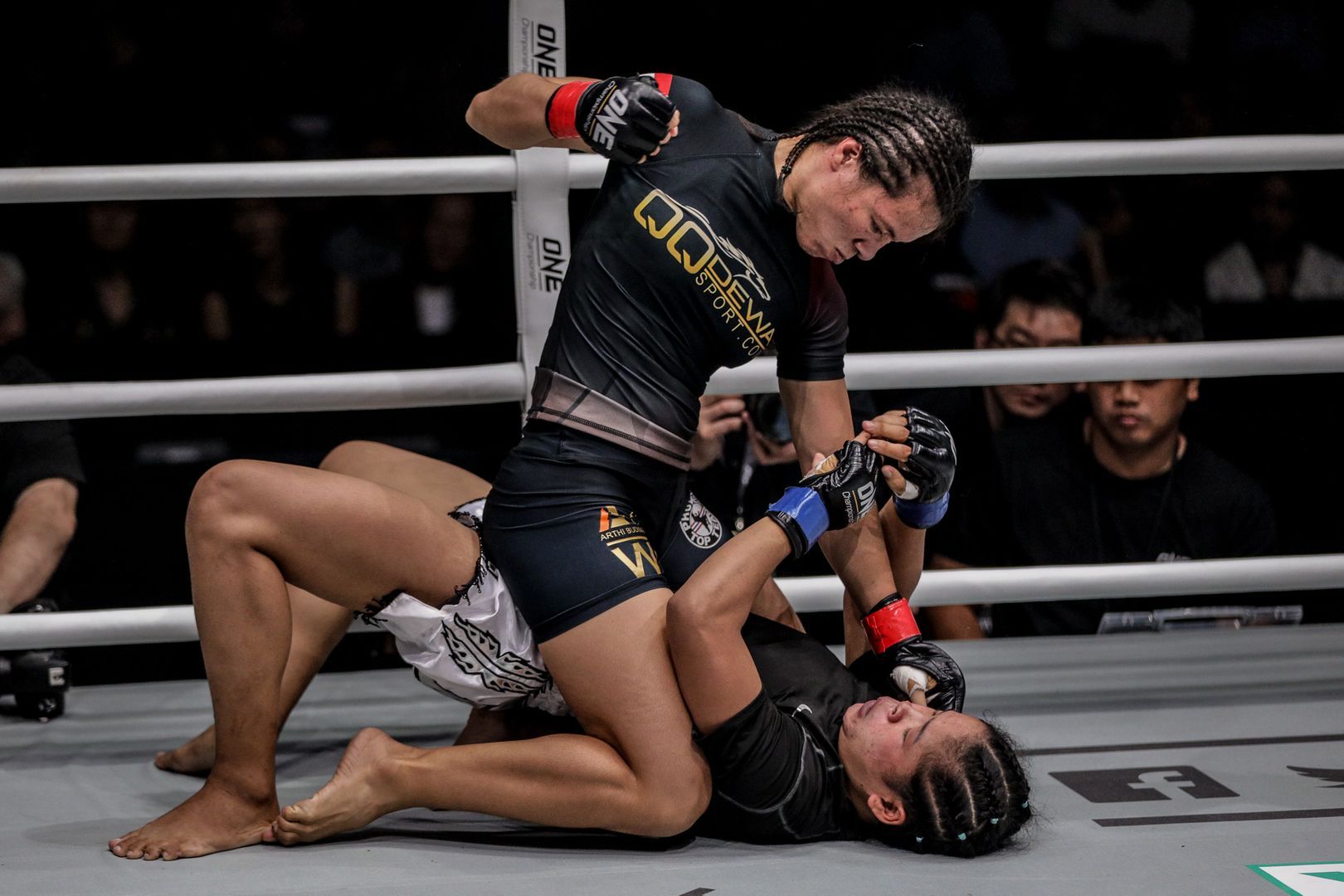 As well as dedicating her victory to her mother, Lumban Gaol said she hoped her victory would help inspire others.

“I dedicate this victory to inspire more people, especially women,” she adds.

“For all Indonesian women out there, they should not hesitate in pursuing their career as an athlete or champion, because all they have to do is remain disciplined and train hard. I believe they will achieve their own personal targets.

“I will have to maintain my lifestyle, as many [of the younger generation] will follow my example. I am humbled to be considered as the first woman who has the potential [of becoming a World Champion] from Indonesia.”

Lumban Gaol hopes that one day she can fulfill that potential and claim the ONE Women’s Atomweight World Title, which is currently held by “Unstoppable” Angela Lee.

She admits there are other competitors in The Home Of Martial Arts ahead of her right now, but she trusts that if she can continue to win, she will get the chance to compete for the gold when the time is right. 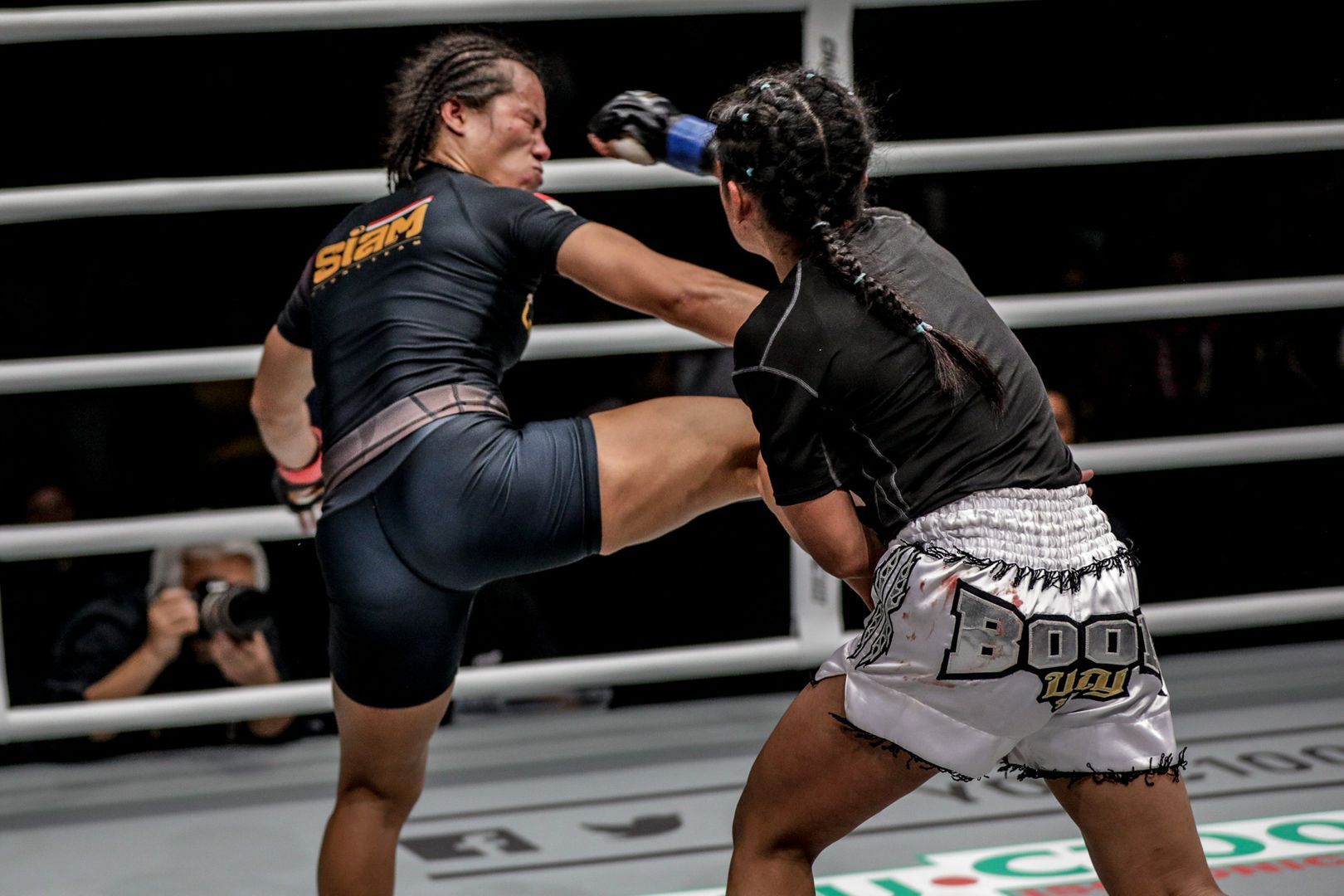 “Everyone surely wants to be a World Champion. If ONE’s matchmakers assess that I am already worthy for the title bout, why not?” she says.

“I can only prepare myself in the best way possible. As an athlete, we should be ready at any time. There are lots of elements I still need to improve, be it on my techniques or my physical strength.

“However, we should also remain confident as we are carrying our country’s name, Indonesia, to allow our beloved nation to have a World Champion.”