Two-time BJJ No-Gi World Champion Bruno “Puccibull” Pucci (6-3) is determined not to wait around and earn his second successive win at ONE: ETERNAL GLORY in Jakarta, Indonesia.

On 19 January, the 28-year-old will meet former ONE Lightweight World Champion Kotetsu “No Face” Boku (26-12-2) in a featherweight bout on the main card.

The Brazilian is fresh off an astonishing 56-second submission victory over “White Dragon” Xie Chao at ONE: WARRIOR’S DREAM in November, and he is determined to use that win as a launchpad for unprecedented success in the cage in 2019.

The next step is to overcome the challenge of a Japanese icon on his return to the Istora Senayan, and he is excited by the opportunity.

“I am very honored to share the cage with him. He is a veteran of the sport, a former champion, and a real tough guy,” Pucci states.

“In the past few years, I have had a lot of injuries, so I was forced to only fight once a year. This is a real quick turnaround, and I’m really happy with that. I want to keep busy with ONE Championship.”

The year 2018 was the first that “Puccibull” competed in the mixed martial arts cage more than once, which was a sign his fortunes may be starting to turn around.

It also saw him relocate from Singapore to Hawaii, USA to live with his wife, ONE Women’s Atomweight World Champion “Unstoppable” Angela Lee, and add some extra dimensions to his martial arts game.

The 28-year-old has already made a name for himself as a world-class grappler, but he is driven to showcase a full range of mixed martial arts skills as he competes regularly. 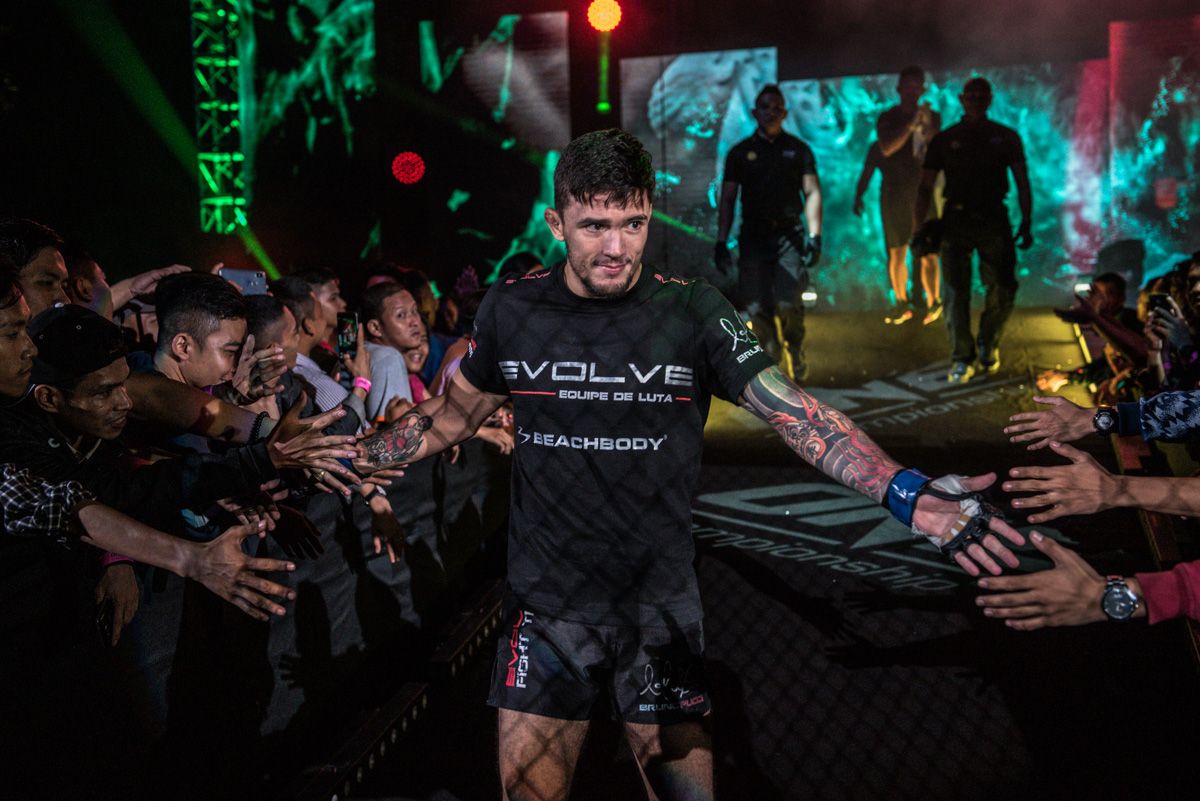 He says he can already see a significant improvement since he arrived on American soil.

“I’ve been here in Hawaii with my wife, and I have developed a lot as a fighter,” Pucci shares.

“That was the whole point of moving here.

“I’m willing to prove myself. Even though everybody knows I’m a grappler, they won’t be able to stop me.”

An added bonus of making his move and joining the Lee family was that he has been able to train more closely with one of the top athletes in his division – Christian “The Warrior” Lee.

That meant that even while they were on vacation over the holiday season in Canada, the featherweight pair kept an active training schedule ahead of their trip to Jakarta a few weeks later. 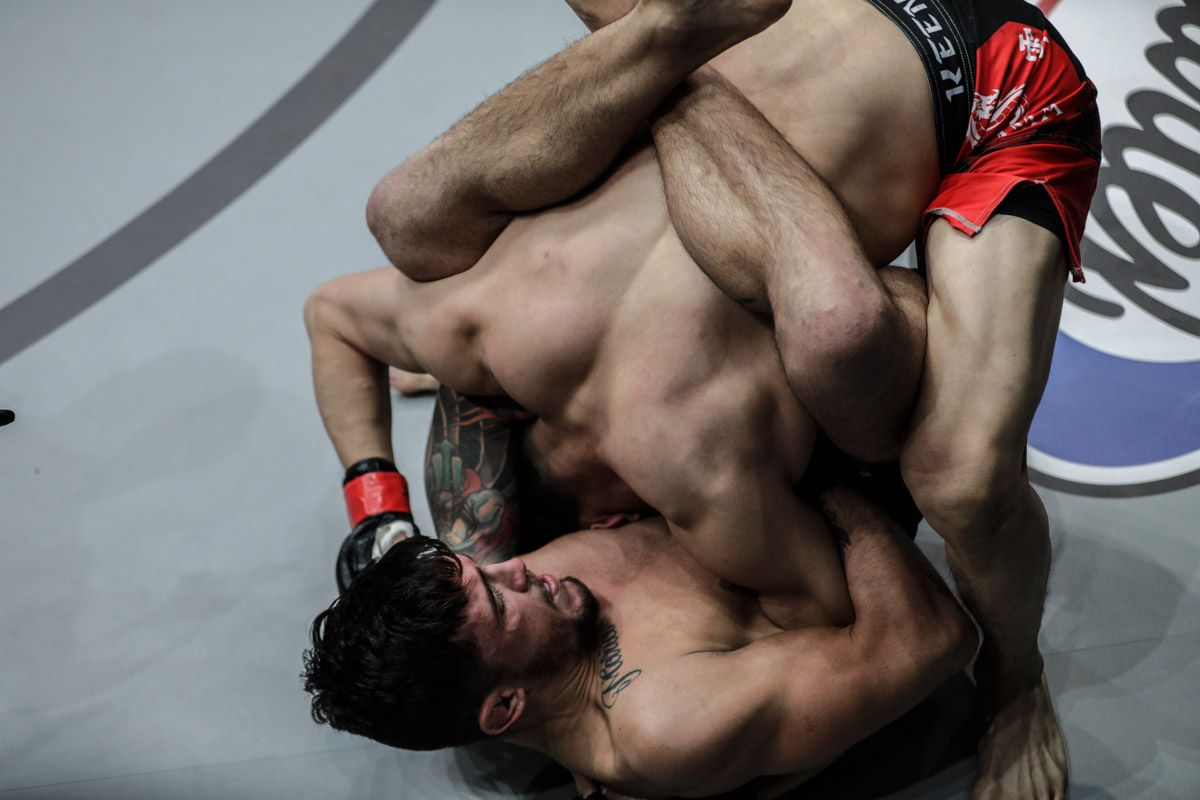 “Christian and I are training partners, and he’s fighting on the same card,” Pucci says.

“So when we went to Canada, we found a gym nearby [and] we were training every day. We would wake up early and managed to get things done even though we were on holiday.”

Not only has Lee acted as a devoted training partner, but he has also shared one of Pucci’s specific burdens during the holidays.

“We still had a really good holiday since we were training early, and still managed to meet the family, but we had to stay strict on our diet – and that’s the bad part,” he adds with a laugh.

“The Warrior” will also be competing in Jakarta as he faces Team Lakay talent Edward Kelly (11-5) in a rematch, but he has also played a crucial role in Pucci’s preparation for Boku. 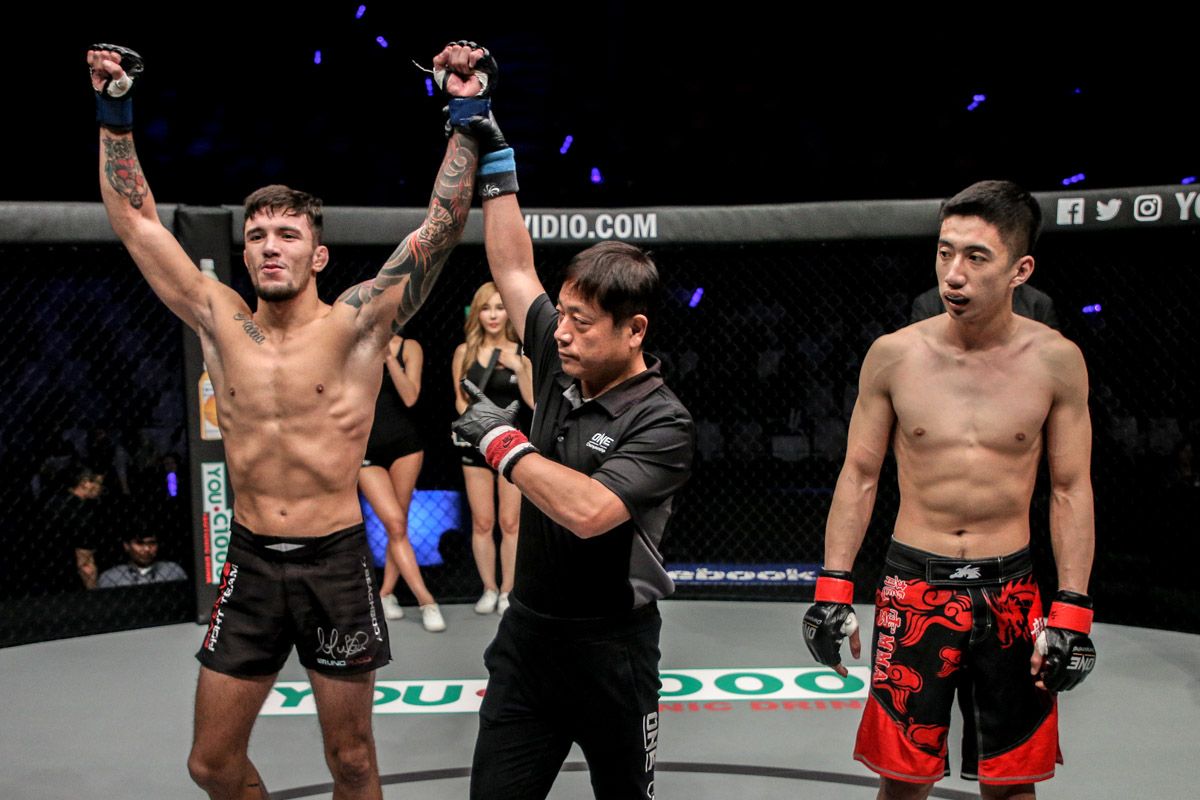 As Lee clashed with the Japanese contender in December 2017 and took home a TKO win in the first round, “Puccibull” believes he will provide essential insights ahead of his Jakarta showdown.

“Christian has been an excellent training partner,” Pucci shares.

“He has experienced Boku, so I think that will help me to develop a game plan for this bout.”

With new skills, the knowledge he needs to succeed, and momentum behind him, Pucci is confident he can finally build a run towards the top of his weight class in 2019.